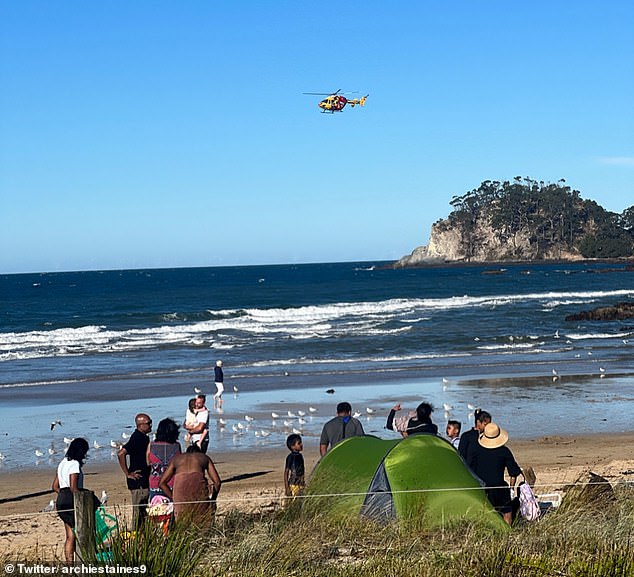 A woman had drowned and three other swimmers have been rushed to hospital after an Easter tragedy at a popular beach on the NSW south coast.

Paramedics were called to Surf Beach, south of Batemans Bay, at about 2pm on Sunday after reports a group of up to 10 swimmers got into difficulty in the water.

All swimmers had been dragged to shore by surf life savers and beachgoers by the time paramedics arrived.

One woman believed to be in her 40s went into cardiac arrest and CPR was commenced by ambulance crews, including a critical care paramedic and a doctor.

The woman was airlifted to Batemans Bay Hospital in a critical condition but was unable to be revived.

Three other swimmers were sent to Batemans Bay or Moruya Hospital in ‘various conditions’.

Six other swimmers were assessed at the scene and did not require hospitalisation.

The beach was packed with beachgoers at the time, including young families as temperatures hit the high 20s. 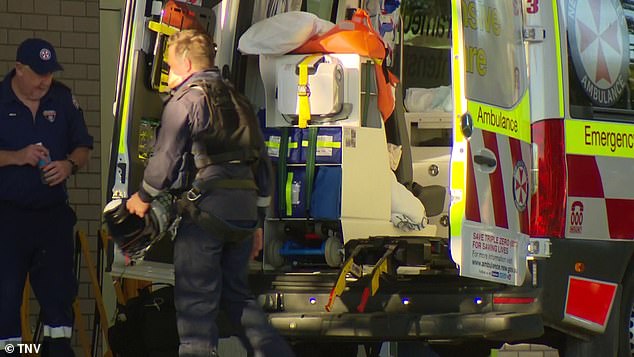 ‘All of the patients were out of the water when ambulance crews arrived and three members of the public were attempting CPR on a female who had suffered a cardiac arrest.

‘This is a timely reminder of the importance of knowing CPR and I praise those members of the public for doing everything they could under extremely challenging conditions.’

‘It’s truly heartbreaking to have lost a life here today, especially knowing this group of people was likely enjoying an extended break for the holiday weekend.’

It’s the second drowning tragedy at Surf Beach in nine months, where a man died while trying to save his daughter from a rip last July. 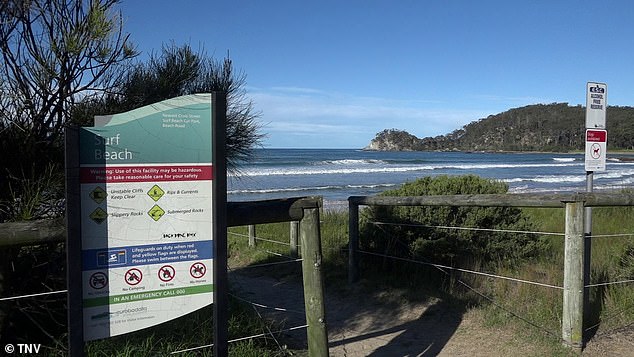 Emily Ratajkowski and Pete Davidson split! Couple have moved ‘into the friends zone’