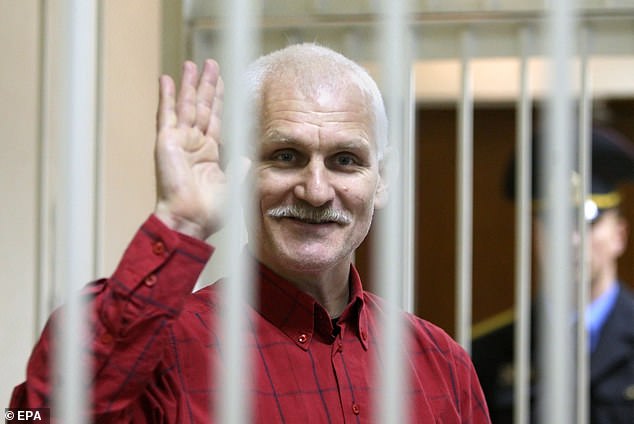 ‘Through their consistent efforts in favour of human values and anti-militarism and principles of law, this year’s laureates have revitalized and honoured Alfred Nobel’s vision of peace and fraternity between nations, a vision most needed in the world today,’ she told reporters in Oslo.

She also called on Belarus to release Byalyatski from prison, who is being held for tax evasion. ‘Our message is an urge to the authorities in Belarus to release Mr. Bialiatski and we do hope this will happen and that he can come to Oslo and receive the honour bestowed upon him,’ Andersen told reporters.

Reacting to the news, Belarusian opposition politician Pavel Latushko said Byalyatski’s award is one for all political prisoners in Belarus.

‘It’s not only for him but for all political prisoners which we have now in Belarus,’ Latushko said. ‘It motivates all of us to struggle and we are sure we will win with the dictatorship of (Alexander) Lukashenko.’

Belarusian security police in July last year raided offices and homes of lawyers and human rights activists, detaining Byalyatski and others in a new crackdown on opponents of Lukashenko.

Authorities had moved to shut down non-state media outlets and human right groups after mass protests the previous August against a presidential election the opposition said was rigged.

The prizes carry a cash award of 10 million Swedish kronor (nearly $900,000) and will be handed out on Dec. 10. The money comes from a bequest left by the prize’s creator, Swedish inventor Alfred Nobel, in 1895.

The award has in the past put a spotlight on groups and activists trying to prevent conflicts, alleviate hardship and protect human rights. 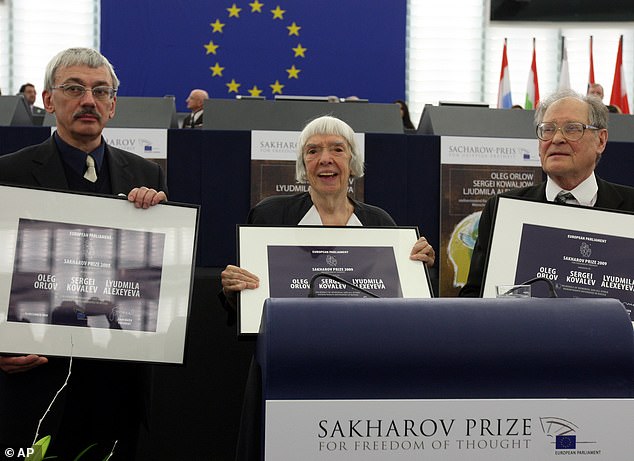 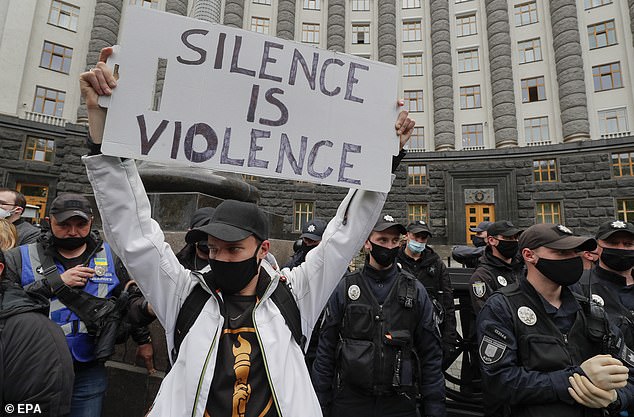 A protester within a group of Center for Civil Liberties activists and LGBT Community representatives, stands before a police line during their rally in front of the Cabinet of Ministers building in Kiev, Ukraine, June 5, 2020

Last year’s winners have faced a tough time since receiving the prize. Journalists Dmitry Muratov of Russia and Maria Ressa of the Philippines have been fighting for the survival of their news organizations, defying government efforts to silence them

They were honoured last year for ‘their efforts to safeguard freedom of expression, which is a precondition for democracy and lasting peace.’

The announcement comes amid Vladimir Putin’s on-going invasion of Ukraine, which was launched on February 24 and has resulted in the deaths of thousands of civilians, and the displacement of millions.

Since the invasion began, the Kremlin has cracked down on domestic dissent, and has been accused of committing several war crimes in Ukraine – including the indiscriminate bombing of civilian sites.

The prize will be seen by many as a condemnation of Putin, who is celebrating his 70th birthday on Friday, and Belarus President Alexander Lukashenko, making it one of the most politically contentious in decades.

The award was not an anti-Putin prize, however, Reiss-Andersen said. 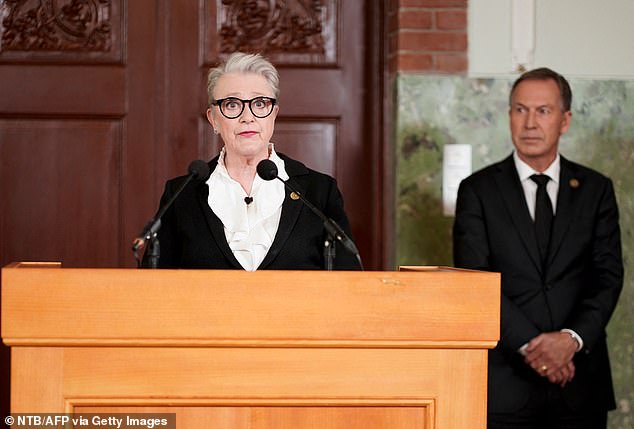 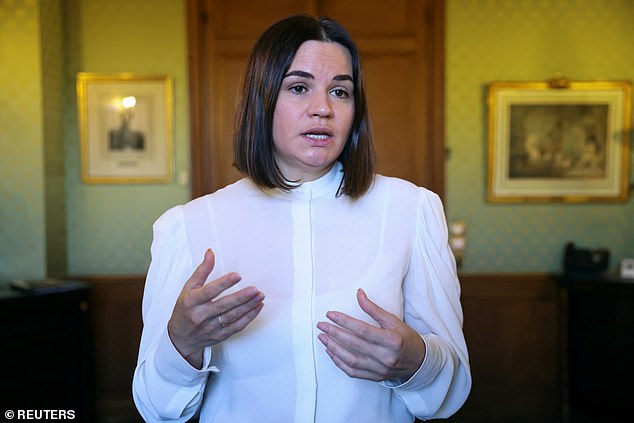 A week of Nobel Prize announcements kicked off Monday with Swedish scientist Svante Paabo receiving the award in medicine for unlocking secrets of Neanderthal DNA that provided key insights into our immune system.

Frenchman Alain Aspect, American John F. Clauser and Austrian Anton Zeilinger had shown that tiny particles can retain a connection with each other even when separated, a phenomenon known as quantum entanglement, that can be used for specialized computing and to encrypt information.

The Nobel Prize in chemistry was awarded Wednesday to Americans Carolyn R. Bertozzi and K. Barry Sharpless, and Danish scientist Morten Meldal for developing a way of ‘snapping molecules together’ that can be used to explore cells, map DNA and design drugs that can target diseases such as cancer more precisely.

The panel commended her for blending fiction and autobiography in books that fearlessly mine her experiences as a working-class woman to explore life in France since the 1940s.

The 2022 Nobel Prize in economics will be announced on Monday.

Cate Blanchett: The first time I was cast in a Tolkien role – by...

Jennifer Lopez bares her cleavage in plunging black jumpsuit as she arrives at dance...

Trump says teachers should be armed, and calls for cops in all schools at...

Kate Walsh stuns in a lime green dress as she attends Telethon with her fiancé...