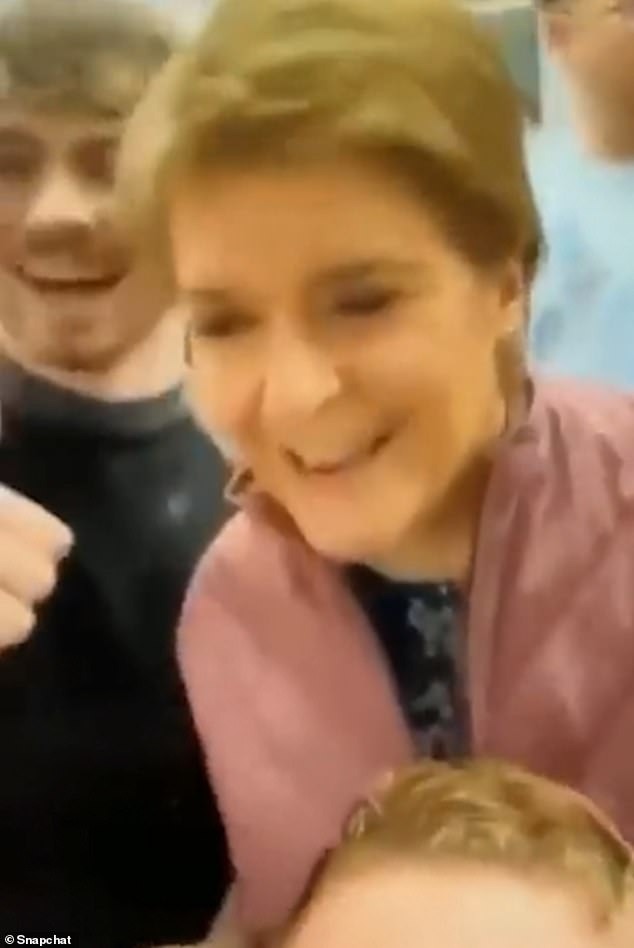 By Jamie Phillips For Mailonline

Nicola Sturgeon has been reported to the police after footage appeared to show her breaking her own strict face mask rules while on a visit to a barbers during her election campaign.

There is currently a legal requirement to wear a face covering in most indoor public places in Scotland, including shops, public transport and hairdressers.

However, footage has emerged of the First Minister without a covering during a visit to a barbers in East Kilbride, South Lanarkshire, while on the council elections campaign trail on Saturday.

It shows Ms Sturgeon mingling with customers and patting the head of a man in a barber’s chair while mimicking the sound of an electric razor.

First Minister Nicola Sturgeon has been reported to the police after being seen not wearing a mask during a visit to a barbers in East Kilbride, South Lanarkshire, on Saturday 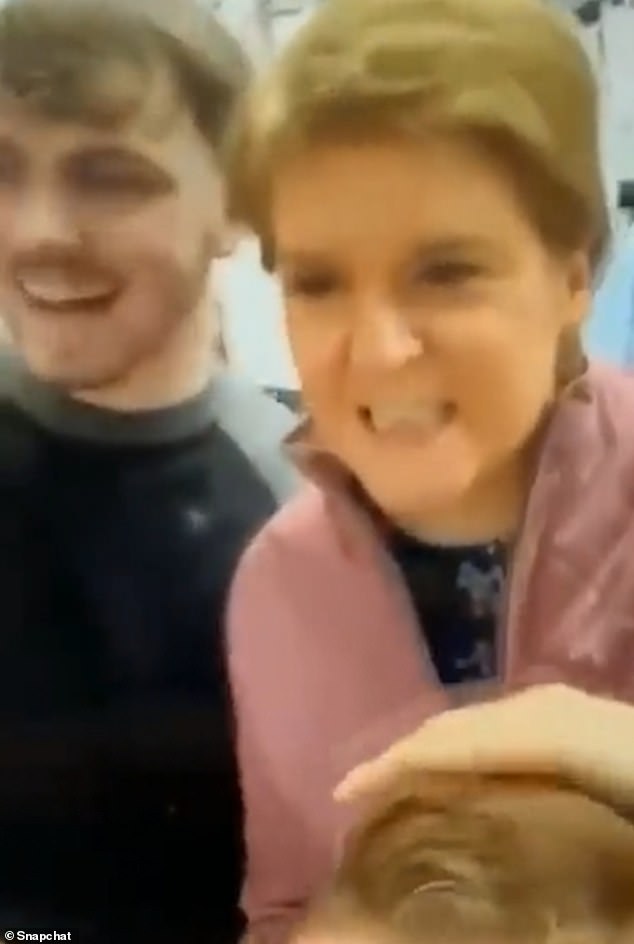 A spokesperson for Police Scotland said confirmed it had ‘received a complaint which is currently being assessed’.

A spokesperson for Police Scotland said today: ‘We can confirm that we have received a complaint which is currently being assessed.’

The legal requirement to wear a face mask in indoor settings in Scotland moves into guidance on Monday, but the Scottish Government has strongly recommended that people continue to wear them where appropriate.

‘She’s happy virtue signalling for official photos but behind closed doors it’s clear she doesn’t believe in her own rules so why should anyone else.

‘This is blatant hypocrisy from the First Minister who has now shown her true colours.

‘The public, who have been under these legal Covid restrictions for over two years, deserve an apology for this rule break.’

In an official video posted to her Twitter account, Ms Sturgeon was seen wearing a tartan face mask during a visit to the Iconic Gents Hair barbers shop while shaving a man’s bears.

A spokesperson for the SNP said: ‘The First Minister was invited into the barbers during an outdoor visit on the street. 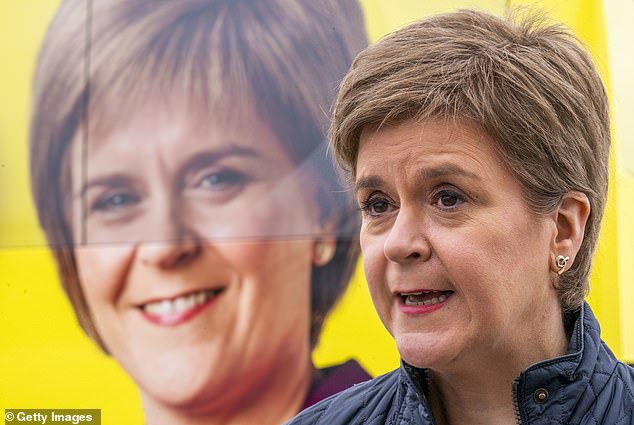 A spokesperson for the SNP said the First Minister, pictured here during local election campaigning at Dundee Law on Friday, ‘immediately put it on’ upon realising she wasn’t wearing her mask

‘Within a few seconds, she realised she hadn’t put her mask back on and immediately put it on.’

It comes after Ms Sturgeon was forced to apologise when she breached Covid rules by taking off her face mask at a funeral wake in December 2020.

She described it as ‘a stupid mistake’, and said ‘I’m really sorry’.

The Scottish Government said the incident on Saturday was an issue for the party.

Meghan Markle takes swipe at Jordan Peterson and How I Met Your Mother in...

Sarah Palin is running for Congress

Amanda Holden reveals she drinks sherry at 10AM on Christmas Day and ‘gets up...