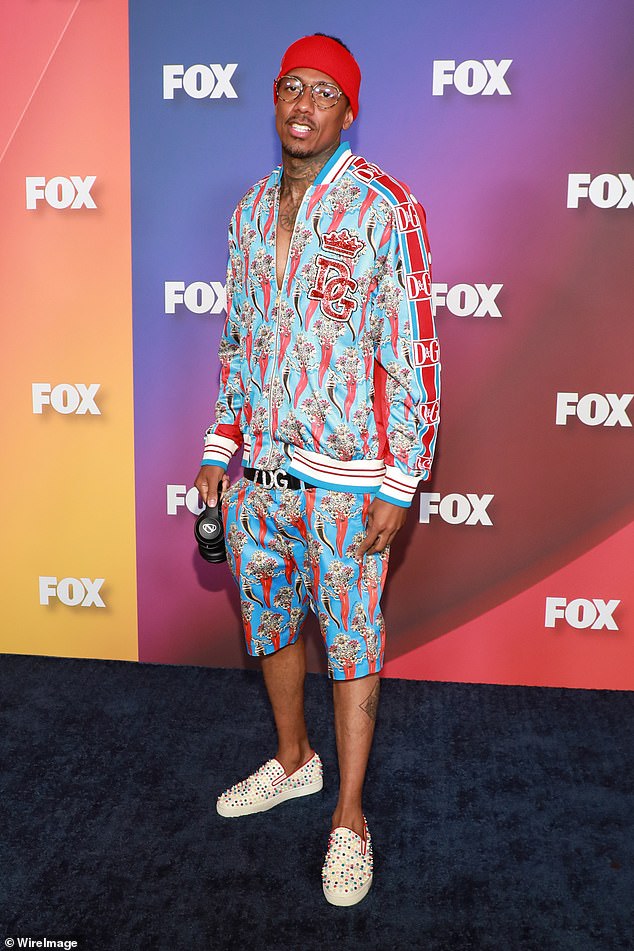 Hollywood star Nick Cannon – who once dismissed monogamy as a ‘Eurocentric concept’ – is expecting his ninth child while awaiting the birth of his eighth baby.

DJ and OnlyFans star Abby De La Rosa is pregnant with Cannon’s latest child. They already share twin sons Zillion Heir and Zion Mixolydian – who turn one on June 14 – together.

Abby, 31, announced the baby news on Friday but did not disclose who the father was, only teasing that it could be another set of twins.

Abby’s due date is October 25, according to TMZ, who confirmed he was the father – marking his ninth child. 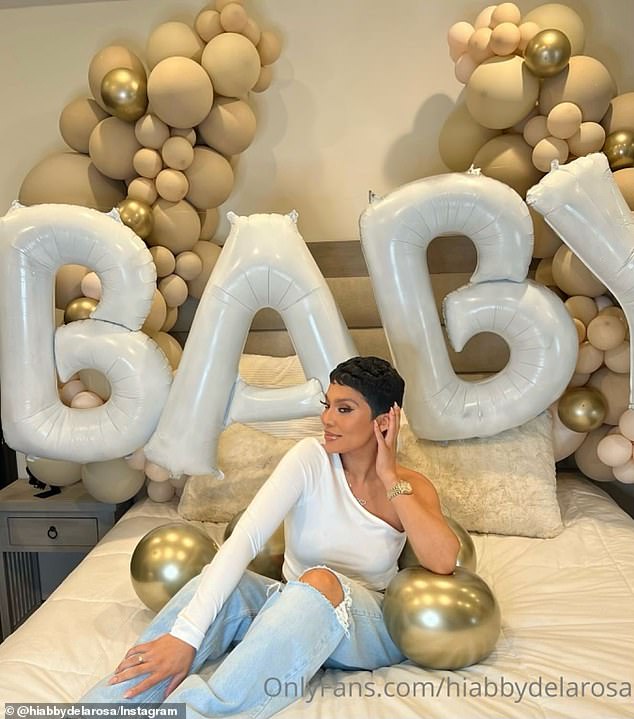 Another baby on the way: Abby announced the baby news on Friday but did not disclose who the father was, only teasing that it could be another set of twins

Bre, 31, is currently pregnant with his eighth child; they were seen attending her gender reveal party in January 2022, just weeks after his son Zen tragically died at five months from brain cancer.

On Tuesday, Bre was seen stepping out for a solo shopping run with growing baby bump on full display in a sheer top.

Bre, who is pregnant with her first child, recently came back from a babymoon with Nick; they went to the Bahamas. 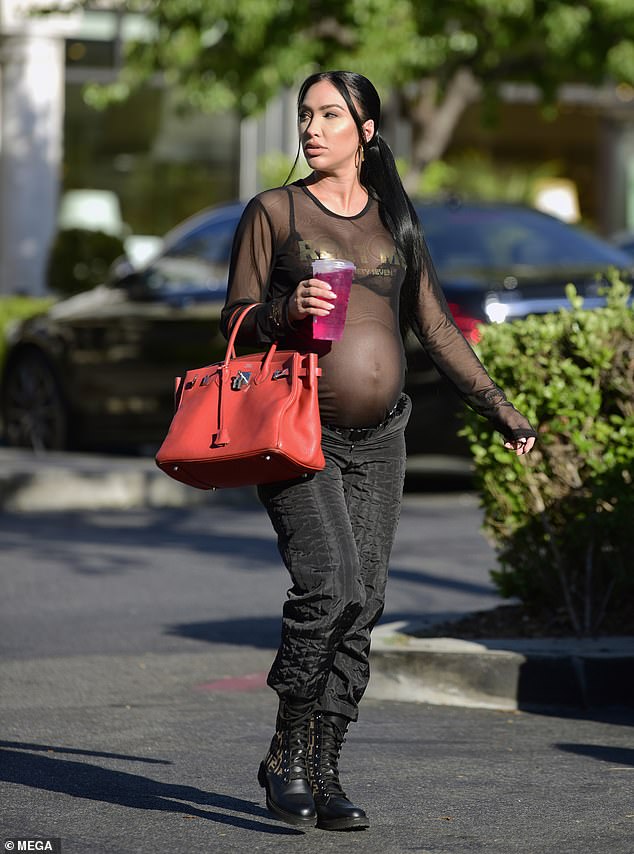 Expecting: On Tuesday, Brie Tiesi was seen stepping out for a solo shopping run with growing baby bump on full display in a sheer top

Fans began speculating he was the father of Abby’s child after she announced on Friday she was expecting a baby, although she did not identify the father.

On December 11, Cannon got a rib tattoo in memory of Zen, whom he shared with his ex Alyssa Scott. 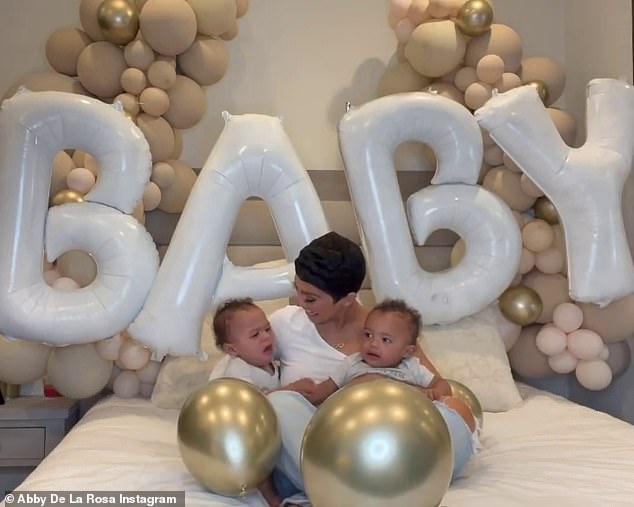 Baby or babies on the way: Nick and Abby welcomed twin sons Zillion Heir and Zion Mixolydian in June 2021; Abby seen on her Instagram with their sons

Her news: Fans began speculating he was the father of Abby’s child after she announced on Friday she was expecting a baby, although she did not identify the father 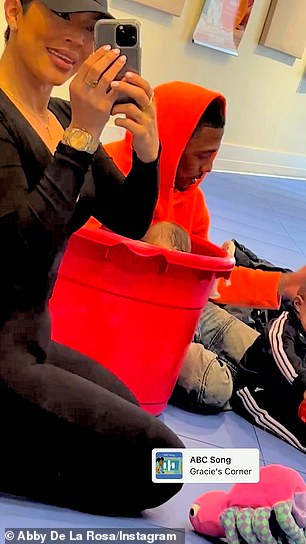 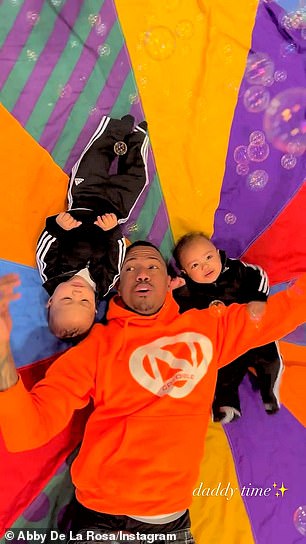 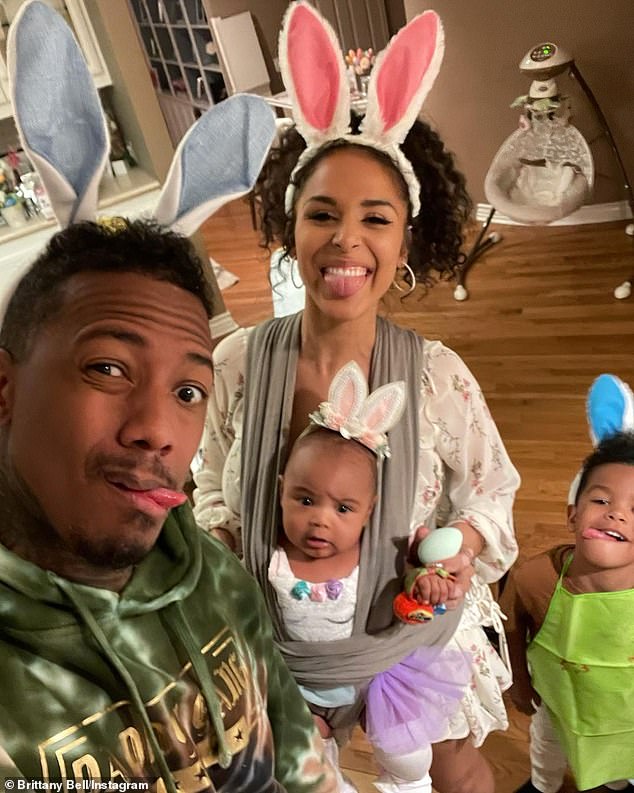 On the Lip Service podcast shared on Tuesday, Nick was asked about speculation he had ‘three children on the way.’

He jokingly said in response:  ‘Whey you say “on the way…” What count are you at? Let’s just put it this way… the stork is on the way.’

Nick, who welcomed three children in 2021 (Zion, Zillion and Zen), suggested he planned on breaking his record: ‘If you thought it was a lot of kids last year…’

During the podcast, Nick also spoke out about what his therapist told him about being celibate.

He said that his therapist told him he ‘needed to chill out’ and that he said he would try to be celibate. 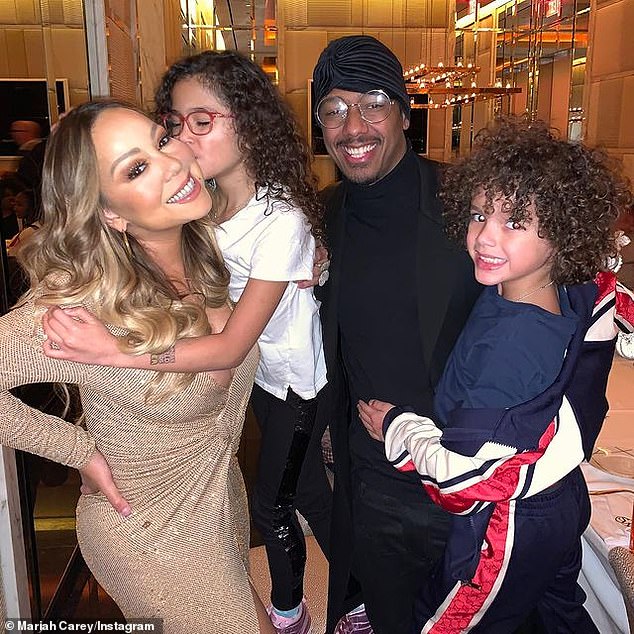 ‘So I was like, “Yo, let’s try celibacy.” And that was like October… I didn’t even make it to [January]. I was supposed to make it to the top of the year. Then obviously I started going through some stuff… I got depressed with the loss of my son. So in December… the thing is everybody saw I was so down. So everybody was like, “Let’s just give him a little vagina, and that’s gonna cure it all.”‘

He continued: ‘I fell victim to it ’cause I was in a weak state. So December, especially right before Christmas, I started f*****g like crazy. So I broke the celibacy. But I was probably celibate for a month and a half strong… I was trying to do it. I had a new show, new energy, I was dealing with a lot.’

On the first episode of The Nick Cannon Show, he teased he was trying to remain celibate until 2022 after fathering four kids with three women between 2020 and 2021.

‘I’m trying to chill out though. I’m chilling out. I’m kinda stepping away, getting focused, going within, getting my celibacy on,’ Nick told the Drink Champs podcast on October 1.

‘I have enough children, enough frolicking. I’m good right now…I’m trying. I didn’t say I’m perfect. I love all my kids. I’m celibate right now. I’m trying to go – I’m gonna see if I can make it to 2022. I’m trying to be the best father I can be, the best businessman I can be.’

Previously, he told ET a therapist suggested he ‘should be celibate’ after he expressed wanting to ‘take a break from having kids.’

January 6 hearing: Ivanka Trump accepted that the election was not stolen