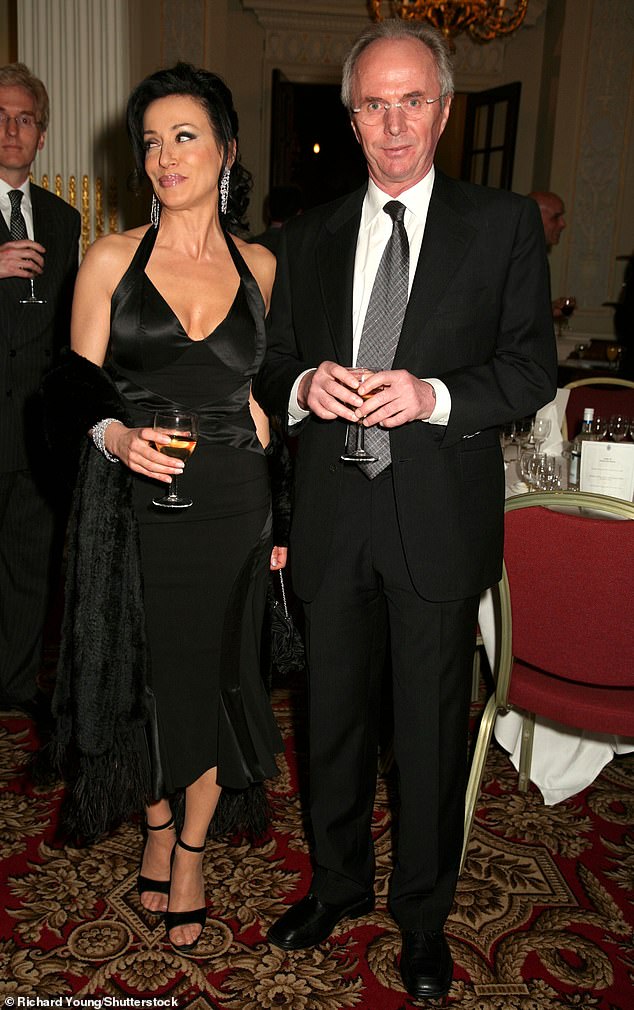 ‘It’s one thing being with a footballer – I was with the manager!’ Nancy Dell’Olio claims she ‘intimidated’ Victoria Beckham… and insists modern day WAGS are ‘less glamorous’ than their Baden Baden counterparts

Nancy Dell’Olio claims she intimidated Victoria Beckham and her fellow WAGS after travelling to Germany with the England team ahead of the 2006 World Cup.

Quaint Black Forest town Baden Baden played host to a high-profile assortment of wives and girlfriends – among them Victoria, Cheryl Cole and Coleen Rooney – as the national side played their final tournament under Swedish manager Sven-Göran Eriksson.

But fiery Italian Dell’Olio, 61, admits her status as Eriksson’s long-term girlfriend created distance between herself and the rest of the group, who courted attention from the world’s press during high-end shopping trips and boozy nights out while she preferred to remain out of the public eye.

Looking back: Nancy Dell’Olio claimed she intimidated Victoria Beckham after travelling to Germany with England manager boyfriend Sven-Göran Eriksson ahead of the 2006 World Cup

She told Tatler: ‘They were all quite intimidated by my presence. It’s one thing to be the wife of the footballer – I was with the manager. We spent one or two evenings together in the hotel, but I had a different sort of routine.

‘I knew there were paparazzi and photographers there so I tried to avoid it. Even walking in the park they were taking pictures.

‘The women] went out to do shopping and they knew they were followed. It is not something that I enjoyed, because I had to live with it.’ 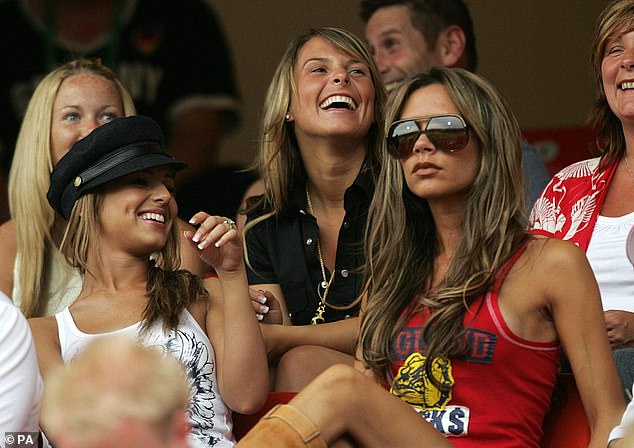 Getting involved: Baden Baden played host to a high-profile assortment of WAGS – among them Victoria, Coleen Rooney and Cheryl Cole – as England took part in the tournament

Despite distancing herself from many of the group’s social activities, she admits to enjoying Victoria’s company as the former Spice Girl supported husband David, who captained the team to a drab quarter final before crashing out to Portugal.

She recalled: ‘I spent a little bit more time with Victoria. She is a lovely, lovely person. Very quiet and reserved – smart and a bit controlling. She is a person who loves to have a good time.’

Dell’Olio’s relationship with Eriksson came to an end in 2007, more than 12-months after his five-year tenure with England came to an end at Gelsenkirchen’s Arena AufSchalke. 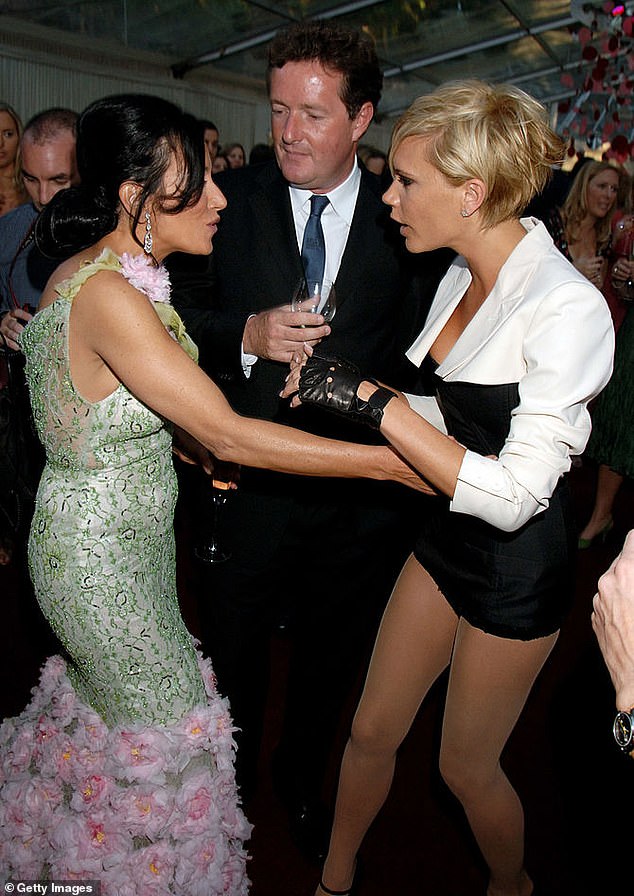 Friends: Despite distancing herself from many of the group’s social activities, Nancy admits to enjoying Victoria’s company in Germany (pictured together at the 2007 Glamour Women of the Year Awards)

But she still harbours fond memories of her time with the England WAGS, and insists their present day counterparts are less appealing.

‘They keep it very quiet. They are less glamorous because it’s not me anymore around!’ she joked. 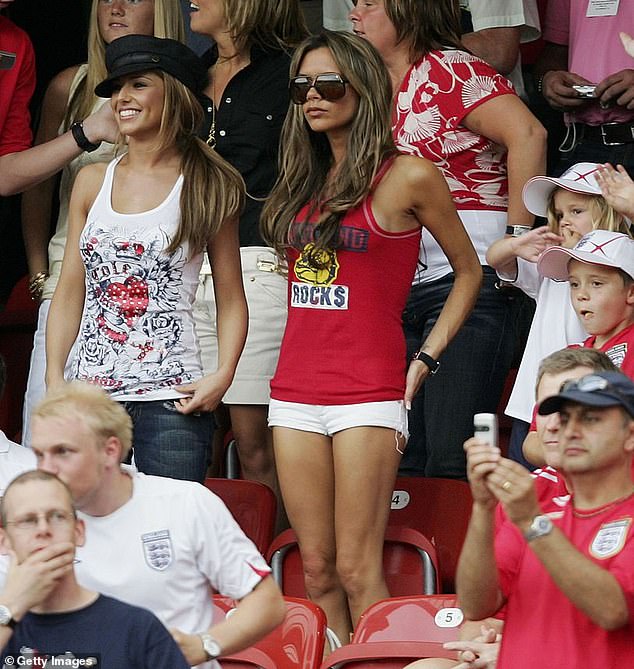 Cheering them on: The former Spice Girl was on hand to support husband David, who captained the England team to a drab quarter final before crashing out to Portugal.