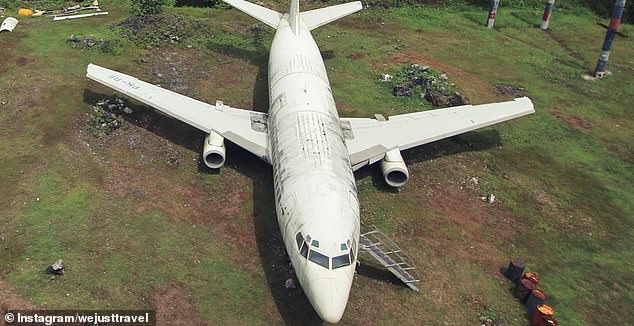 Mystery behind an abandoned Boeing 737 that has been sitting in a field for Bali for years – so how did it end up there?

An abandoned Boeing 737 parked in the middle of a field has been sitting there for years and is now a popular tourist attraction.

The large plane sits in a limestone quarry near the Raya Nusa Dua Selatan Highway, not far from the Pandawa beach – a tourist hub.

Some Balinese have suggested the plane was brought in as parts and reassembled there by an ambitious entrepreneur keen to get a restaurant up and running inside it.

However, it’s rumoured the restauranter ran out of cash to finish the project, leaving the plane lying abandoned in the quarry.

The plane sits with runway stairs seen propped up against the front entrance. 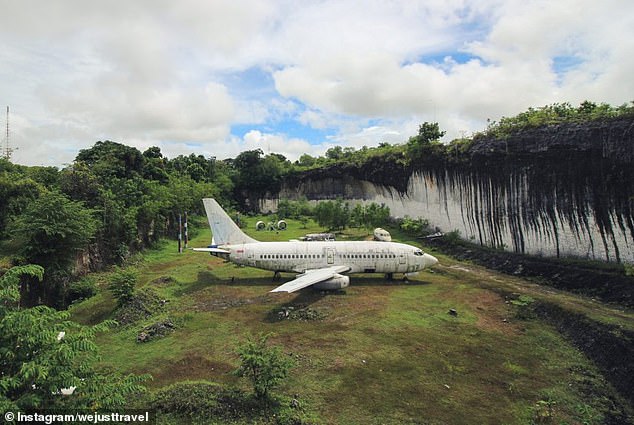 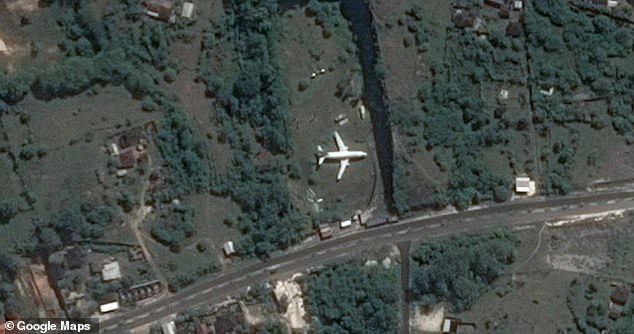 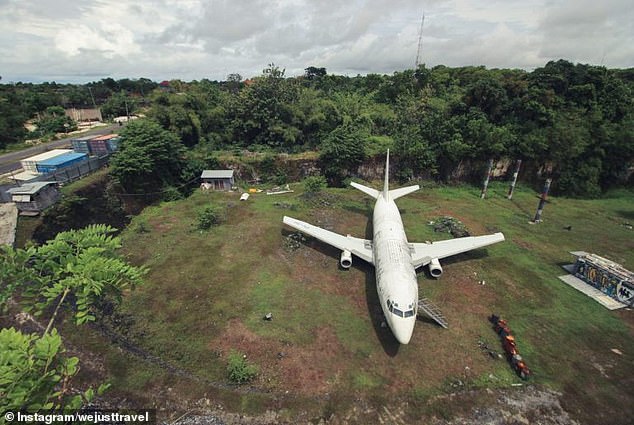 The aircraft has become a tourist attraction with a travel guide saying it is hard to spot and is next to a collection of shipping containers.

The enclosed plane has no identification or branding on it.

It’s not the only retired Boeing 737 on the island, as other disused planes have been spotted in other parts, some used as tourist attractions.

One of them rests right next to nearby Dunkin Donuts, with its wing resting on the diner’s wall. 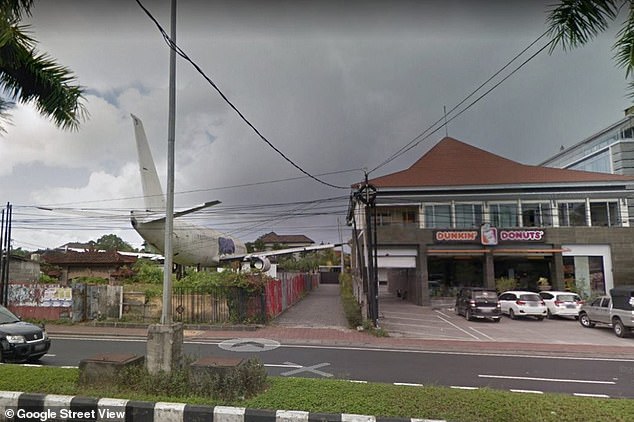 One Boeing sits next to a Dunkin Donuts diner in Bali (pictured) 6km from Kuta Beach and was thought to be used as an event venue, or an abandoned restaurant or a plan for someone’s new home

Some guessed that jet, which has no engines, was another abandoned restaurant idea or had planned to be used as a home.

One other retired jet was seen on top of a cliff at Nyang-Nyang beach in 2021.

The plane was hauled to the top of a seaside cliff in Bali last year thanks to investment from Felix Demin.

Last year, Demin said he hoped the attraction would help revive the area’s tourism sector, which has been badly hit when Indonesian borders were amid the Covid pandemic.

He expects it to become a popular photography spot and is planning to convert the aircraft into tourist accommodation.

The Russian entrepreneur and Bali resident told AFP that the disassembled plane was about to be sold as scrap metal to China when he purchased it.

It took a week to transport the plane’s parts to the cliff after securing necessary access permits.

Demin said the project offered hope for a revival of tourism in Bali, but some social media users expressed worry that it would spoil the seaside view. 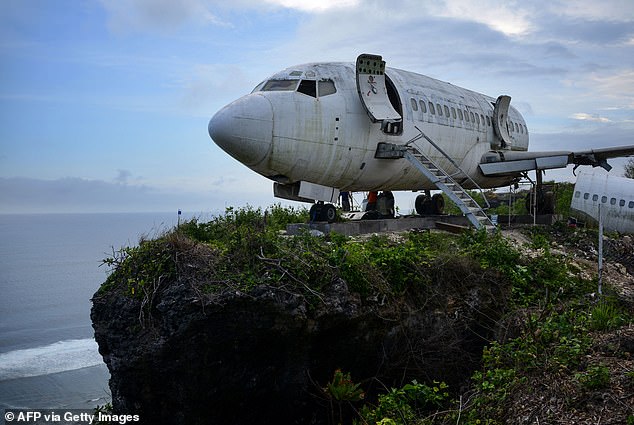 On the seaside cliffs of Nyang-Nyang beach on the Bukit Peninsula lay half a Boeing that was there to lure tourists, with plans for it to be turned into a villa (pictured, in 2021) 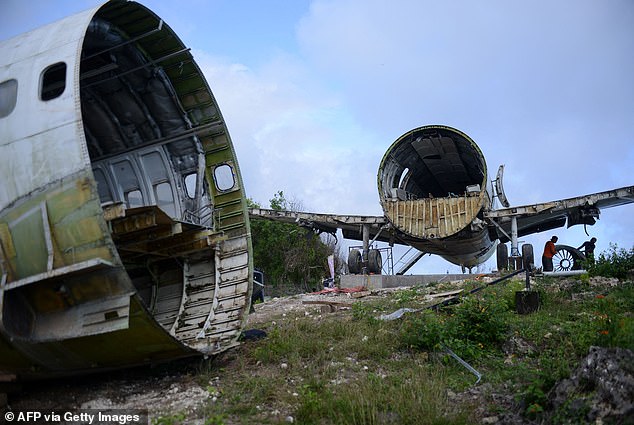 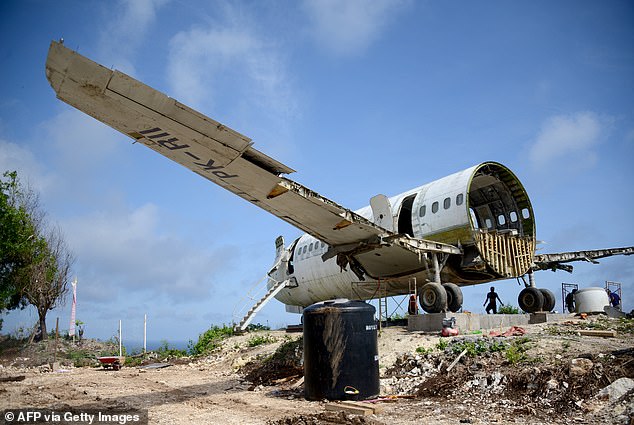 More Boeing jet parts are displayed on Nyang-Nyang Beach in Bali (pictured, in 2021)