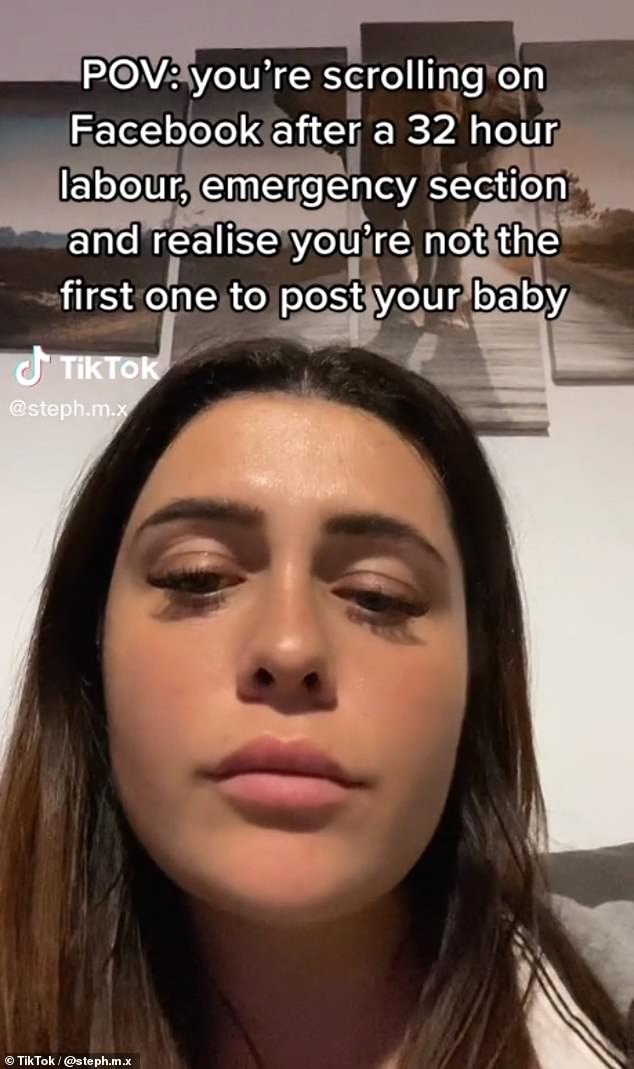 By Lydia Hawken For Mailonline

A woman has blasted her mother-in-law for announcing her baby’s arrival on social media while she was still recovering from a traumatic labour.

Steph Mackin, 24, from the UK, spent 32 hours in labour two years ago before finally having to undergo an emergency C-section.

Earlier this month, the mother explained in a viral TikTok video how she had wanted to be the one to break the happy news of her daughter’s arrival with friends and family.

However as she was recovering in hospital, Steph saw that her partner’s mother had pipped her to  the post – without asking permission first.

Steph Mackin, 24, spent 32 hours in labour with her daughter two years ago and only found out her mother-in-law had announced the news on Facebook when she saw the post in hospital

In a clip that’s amassed over 1.5m views, Steph wrote: ‘[Point of view]: You’re scrolling on Facebook after a 32 hour labour, emergency [C]section and realise you’re not the first one to post your baby.’

She captioned the clip: ‘Am I being dramatic when I said this upset me??’

The video struck a chord with viewers – who were desperate to know who had posted about Steph’s baby before she’d had a chance to.

‘I bet it was the mother-in-law,’ one wrote. Using a crying with laughter emoji, Steph then replied: ‘Yes!’ 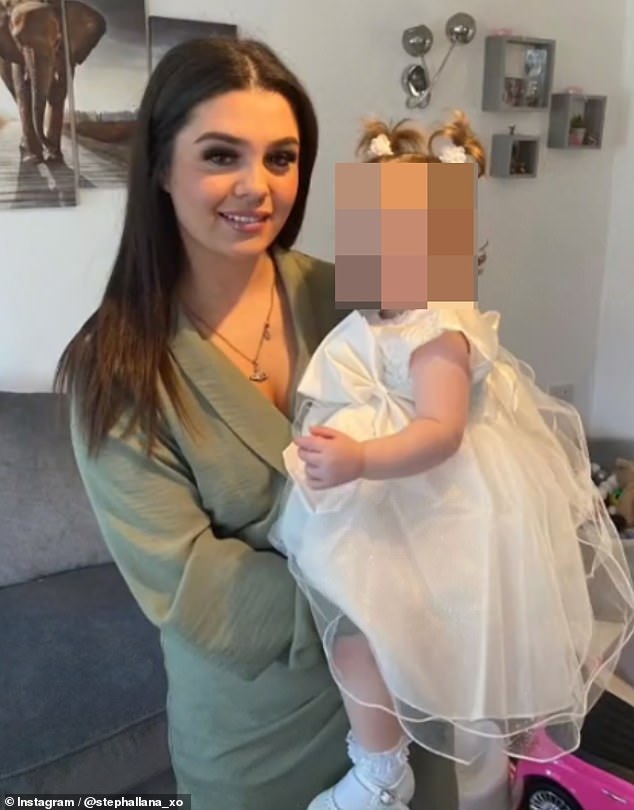 In another comment, Steph revealed that she is still affected by her mother-in-law’s actions that day.

After another viewer said she had ‘every right to feel that way’, she replied: ‘Thank you!!

‘It was two and a half years ago and still hurts me so much.’

A third said: ‘I was asleep and my partner found the post on Facebook. His dad’s girlfriend had done it. To say he got that taken down ASAP is an understatement.’

Meanwhile, a fourth said: ‘My mother in law announced I was pregnant on her Facebook and posted my first ultrasound when we asked her not to tell.’

Weighing in on the discussion, a nurse replied: ‘My patient woke up from anesthesia after an emergency C-section and there was a picture posted before she even woke up. I’ll never forget her crying.’

Suggesting a way around the issue, one viewer said: ‘And for this exact reason, no one will be knowing when I go into labour when I have kids…’

Two people are killed and one injured after a shooter opens fire at Alabama...