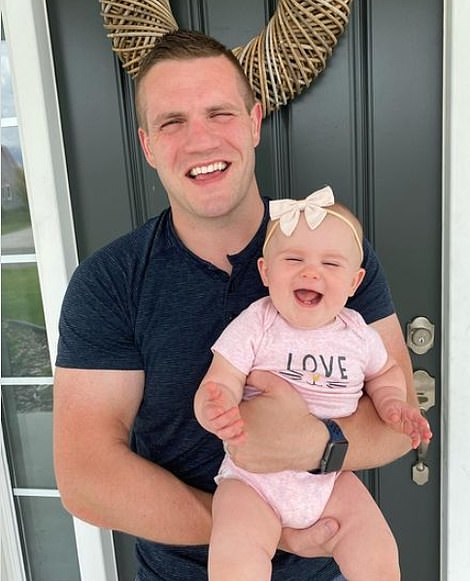 The grief-stricken widow of a Microsoft executive who was gunned down in the middle of the road in February in an unexplained murder has revealed to DailyMail.com that he was shot multiple times in a targeted, assassination-style killing.

Jared Bridegan, 33, was killed on February 16 in Jacksonville, Florida. At 7.30pm, he dropped his nine-year-old twins at his ex-wife’s Shanna’s house after taking them out for dinner, and was around 2miles away when he encountered a tire in the middle of the road.

As soon as he got out of the car, he was shot multiple times at close range while his toddler daughter sat nearby in her car seat. His body was found at 9.50pm.

It has been two months since his killing but police are yet to make any arrests.

Their only lead is surveillance footage of a blue, 2004-2008 Ford F150 truck that was filmed by surveillance cameras near the crime scene at around the time of the shooting.

In an interview with DailyMail.com, Jared’s widow Kirsten revealed that he was loved by ‘the majority’ of people in his life.  She said that whoever murdered her husband had planned it meticulously, picking the only blind spot in an affluent neighborhood filled with Ring doorbell cameras.

‘For it to be in that area, someone knew what they were doing. There are no cameras, there are no houses there. There’s no Ring doorbell. It’s trees and a one-way street,’ Kirsten said from the couple’s St. Augustine home with her youngest daughter, seven-month-old London, nearby. 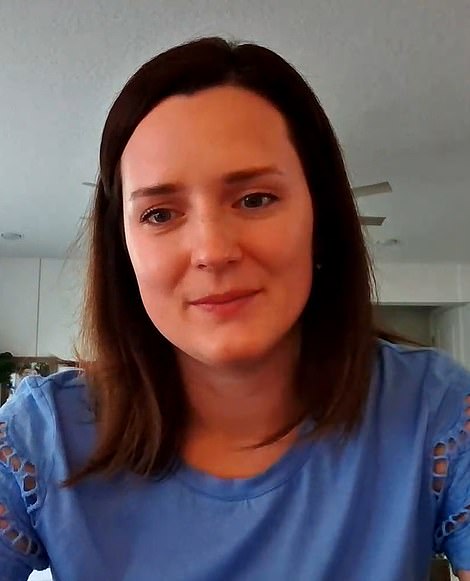 Jared Bridegan, 33, was murdered on February 16 in a targeted attack in Jacksonville Beach, Florida. The father-of-four had just dropped off his two oldest kids at his ex-wife’s house (shown above with one of his younger daughters). His widow Kirsten Bridegan told DailyMail.com that whoever killed her husband ‘knew what they were doing’ 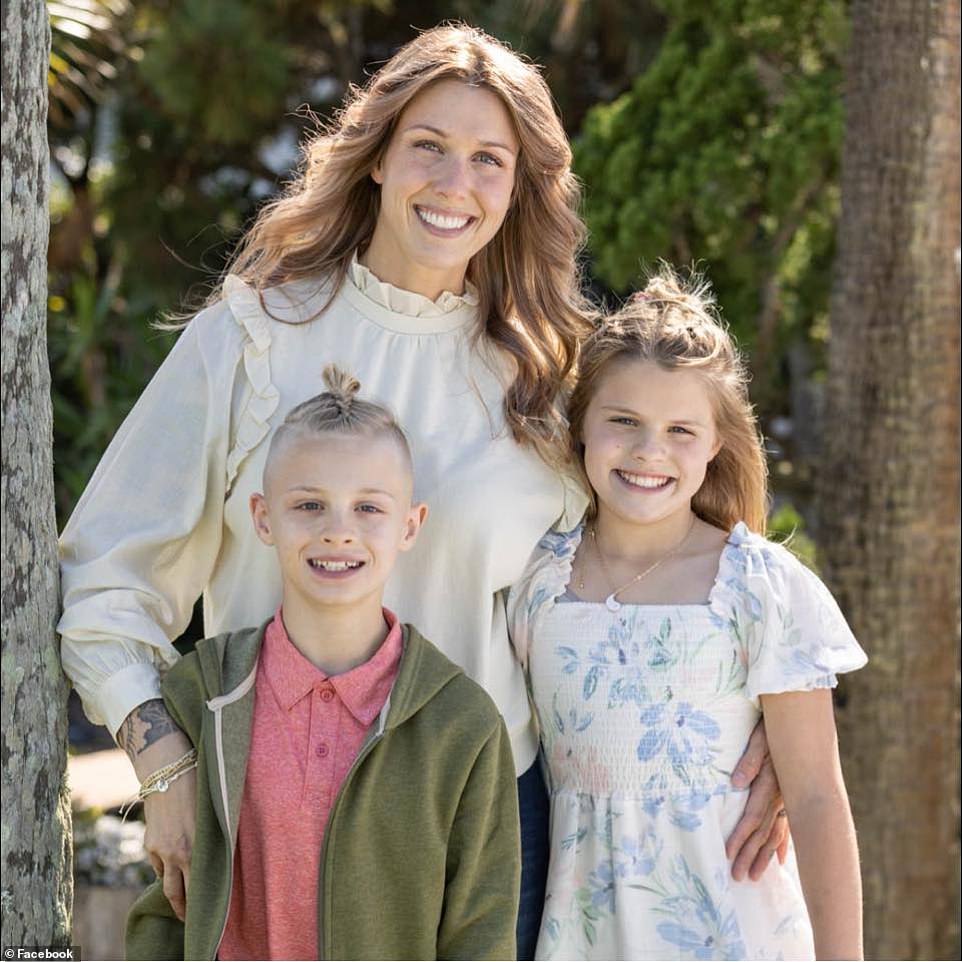 Jared had just dropped off his nine-year-old twins Abby and Liam with their mother, Shanna, when he was killed. He shared custody of the kids with his ex-wife and took them out for dinner every Wednesday near their home on the weeks that they were staying with their mother 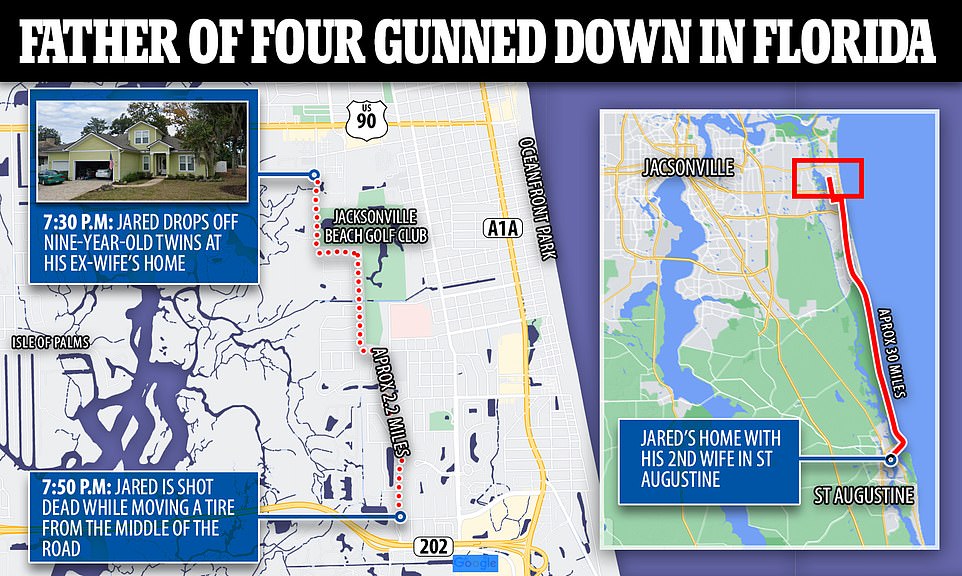 The Microsoft executive was found 2.2miles from Shanna’s home after dropping off the kids on February 16. It was on a quiet patch of road, where there were no security cameras 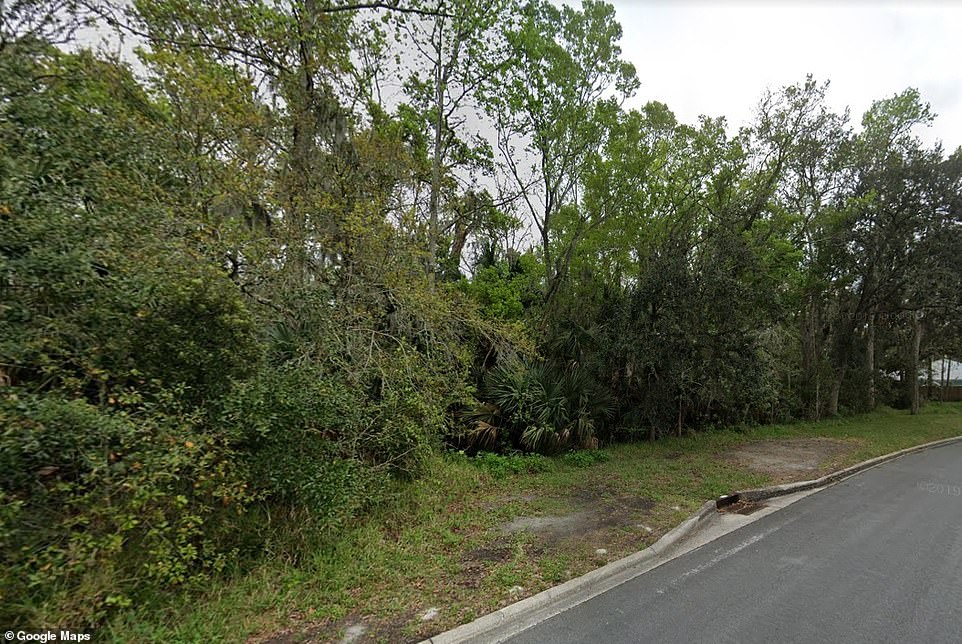 Jared was gunned down on a quiet stretch of road, surrounded by trees, in Jacksonville Beach on February 16. No cameras are thought to have caught the killing

She declined to comment on Jared’s relationship with his ex-wife or whether or not she has been helpful in the investigation into his death.

The twins did not attend their father’s funeral with the rest of his family. Instead, they had a memorial for him with their mother in Jacksonville Beach, which she posted about on Instagram.

My husband was a very well-loved man by the majority of the people in his life. Whoever did this, whoever is behind this, is just evil and nasty and I hope we can find them and put them behind bars, if they don’t hurt us or anybody else moving forward

Kirsten would not be drawn on whether there were any issues between Jared and his ex-wife, who is remarried and and runs a local baking business.

‘I definitely don’t feel like it’s the time or place for me to discuss someone else’s relationship. I know how my relationship was with him and I miss that.

‘My husband was a very well-loved man by the majority of the people in his life. He went above and beyond for friends, neighbors, kids.

‘Whoever did this, whoever is behind this, is just evil and nasty and I hope we can find them and put them behind bars, if they don’t hurt us or anybody else moving forward,’ she said.

She added that ‘for the most part’, he had no enemies. They had been married for four years and met on a dating app.

At the time of his death, Bridegan was working as a UX design lead for Microsoft when he was killed. His wife said he ‘loved’ his job and colleagues, and had been ‘thriving’ ever since joining the tech company in September.

She added that the tragedy had taken a ‘physical toll’ on Jared’s 66-year-old father Gaylord, and that she hopes the ongoing police investigation will eventually bring the family some closure.

Bexley, her two-year-old daughter who witnessed the murder, is confused by what happened and why anyone would want to hurt her father. 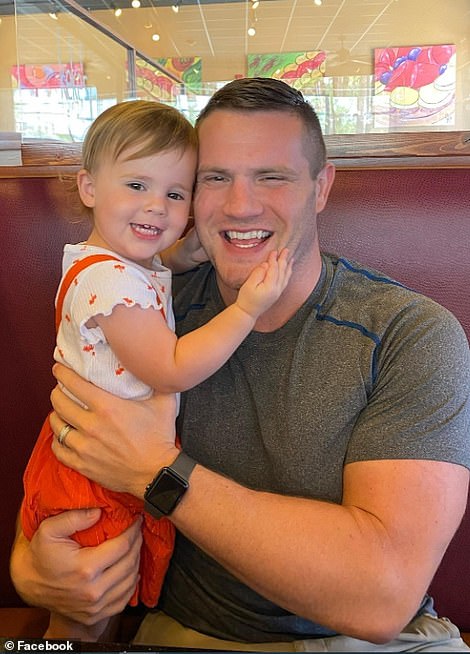 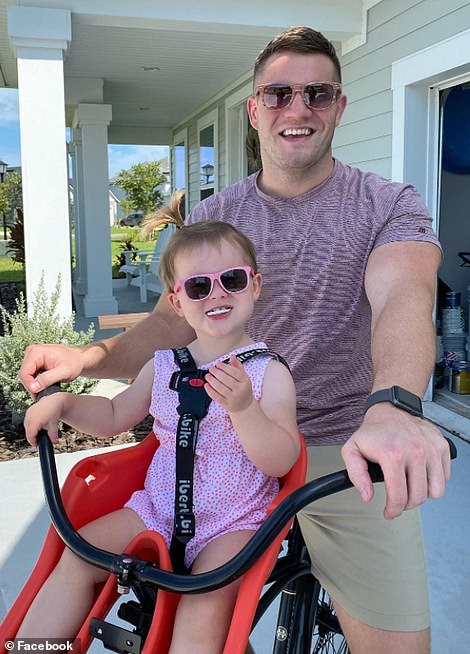 Jared’s two-year-old daughter Brexley was in the car when he was murdered. She still asks her mother about ‘the boom’ – which is how she refers to the gunshots she heard 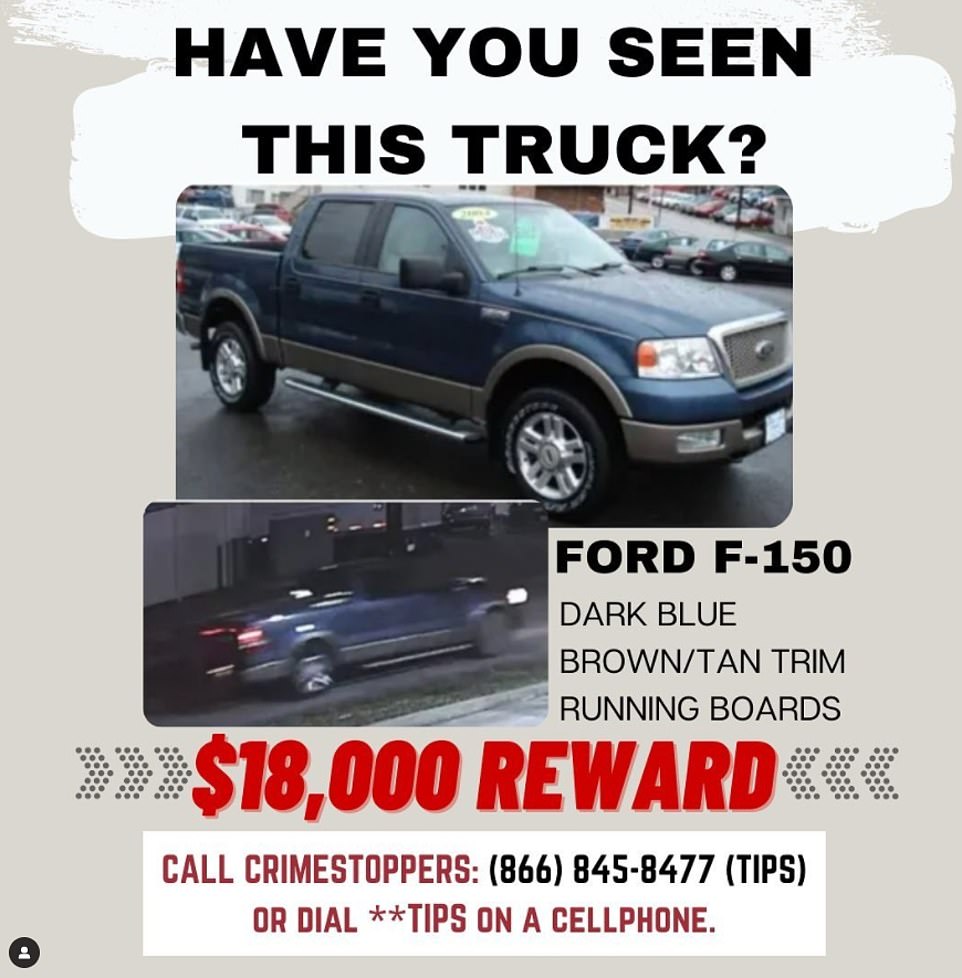 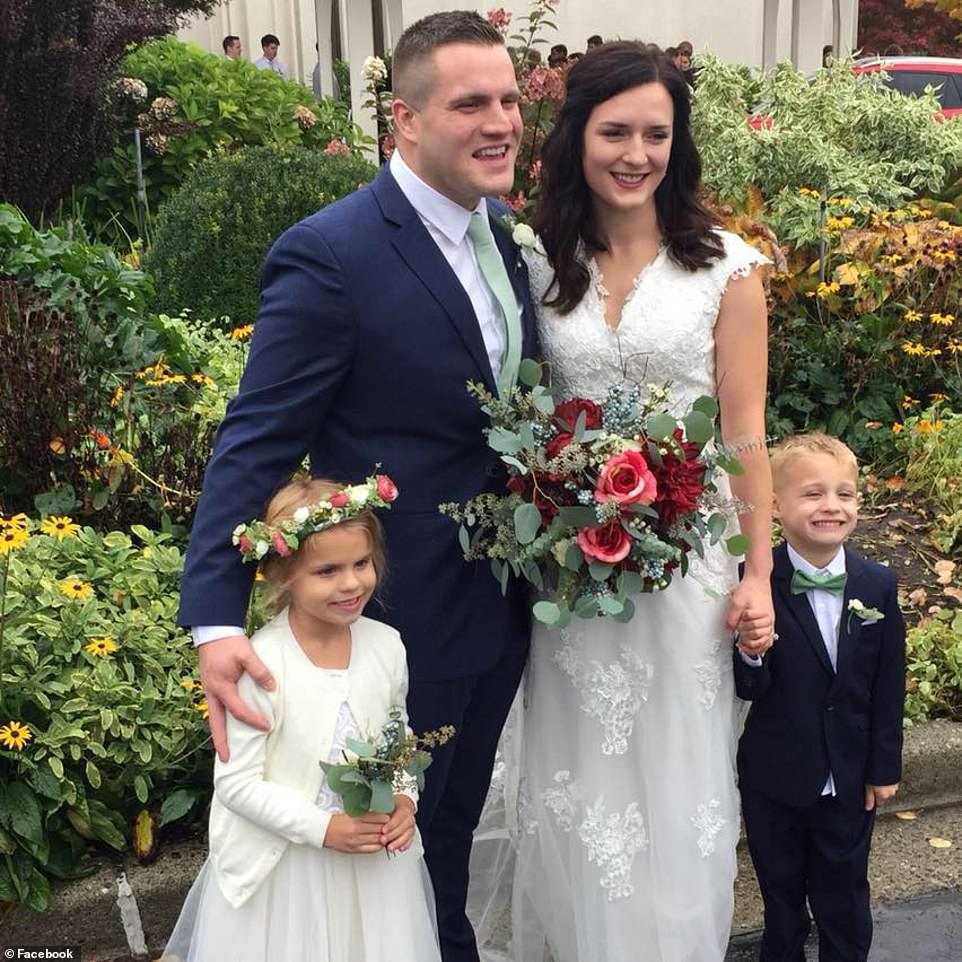 Jared and Kirsten met on a dating app when she was living in North Carolina and he was in Florida. They got married in 2017 and are shown on their wedding day with his kids from his first marriage 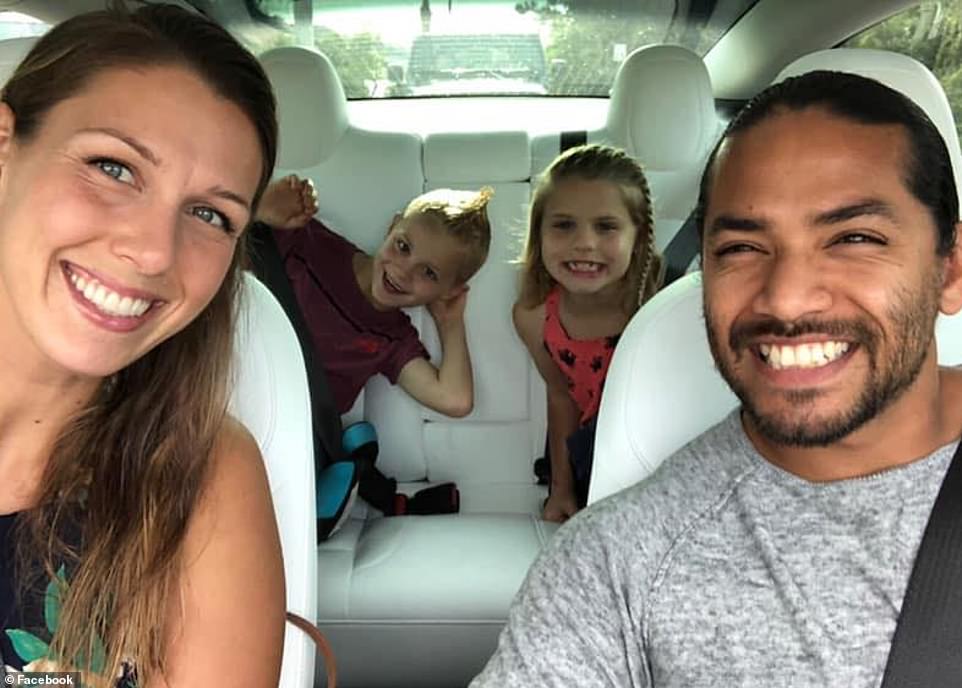 Shanna, Jared’s ex-wife, is remarried and runs a baking business. She and her new husband are pictured with the twins 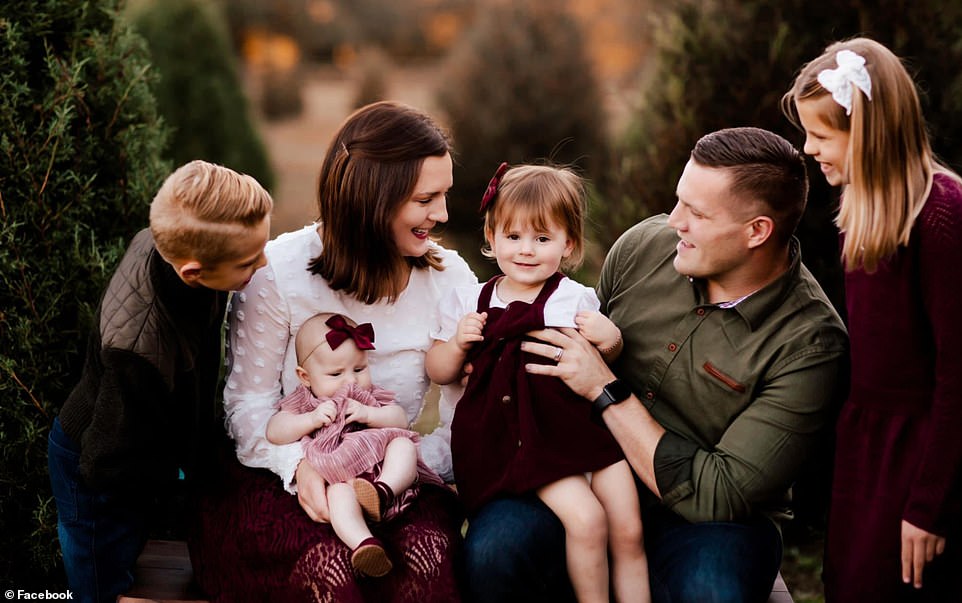 Jared, Kirsten, the twins and their two daughters Brexley, two, and London, seven-months. Kirsten says she wants to find out who killed her husband to be able to explain his death to his children

‘She has some good days and some hard days. With children that young it’s often hard for them to verbalize why they’re upset. She’ll act out in ways that she’s never acted out in ways before. Later on she’ll say “I wanna talk about the boom” which is what she says when she refers to Jared’s murder.

‘We try to focus on that “Dad’s OK. He’s not here with us but he’s OK. We’ll see him again someday” and just make it into a positive conversation. She asks me questions all the time like “why isn’t daddy home?”

‘That’s the hard part. I don’t have an answer,’ Kirsten added.

Jacsksonville Police spokesperson Tonya Tator told DailyMail.com that ‘many’ people had been interviewed as part of the investigation, but she would not go into further detail.

She said that crime labs were still processing forensic evidence, but urged anyone with information about the case to come forward.

‘I have a lot of confidence in the officers that are on this case. Evidence processing takes a lot of time… it takes weeks, months. They are in contact with me daily but I can’t sit by and wait.

‘I created an Instagram, TikTok – make things easily shareable so people can call in. Anything that someone may know could be what we need to nail the people responsible,’ Kirsten added.

Australia election 2202: Anthony Albanese’s other big blunder after he got unemployment rate wrong

Female carer is FIRED after shocking video emerges of her screaming at ‘bad’ toddlers...