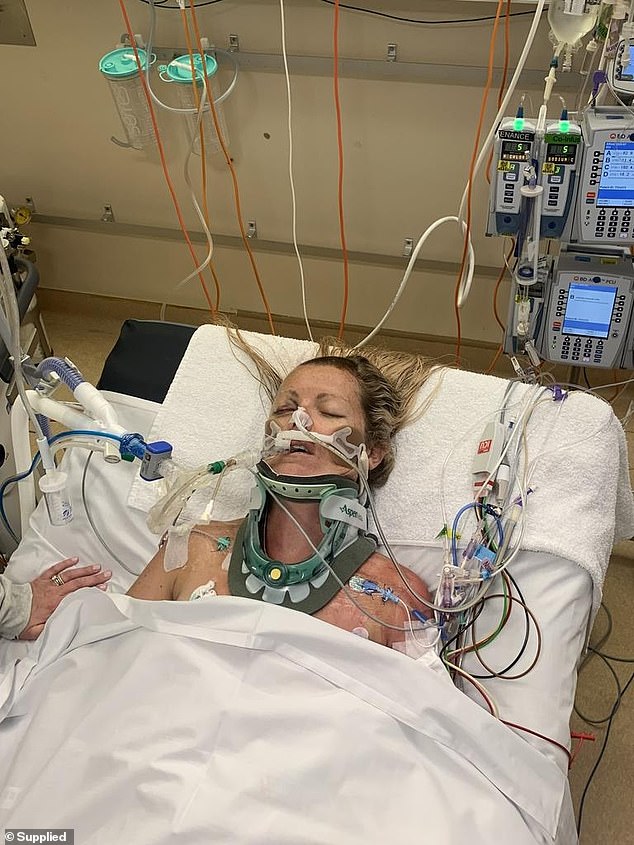 A young mother is fighting for her life in hospital after being smashed off her scooter in a horror hit and run in Bali.

Peta Richards, her husband Matt and their boys Sonny, 4, and Alfie, 3, were holidaying in the tropical paradise on April 1 when the nurse decided she wanted to step out and buy her three-year-old ‘one more birthday present’.

The next they heard of Peta she had been rushed to a local hospital after being thrown from her bike by another rider. She has since been flown back to a specialist unit in Melbourne but her future remains unclear.

‘Never in a million years would you think that popping out on a 7-minute trip to buy your 3-year-old son ‘one more birthday present’ would completely change the entire course of your life,’ best friend Rachel Berben said. 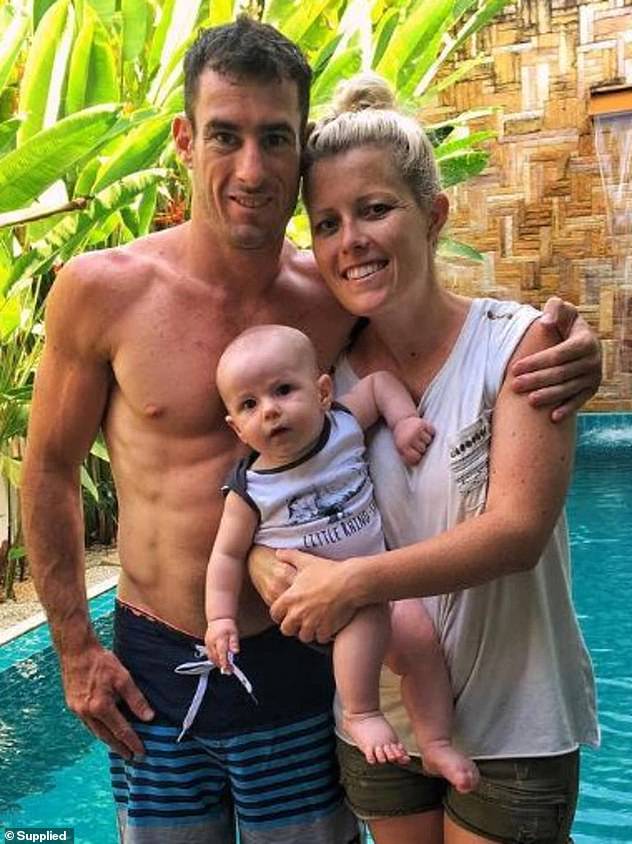 Peta Richards, her husband Matt and two young sons had been holidaying in the tropical paradise when tragedy struck

Peta and her family had been waiting more than two years to go on a trip away together with the beloved mother working on the frontline throughout the pandemic.

They had landed in Bali at the end of February and were five weeks into the trip before she decided she would head out on a short trip to get another present for Alfie, when the experienced motorcyclist became the victim of a hit and run.

She suffered severe head injuries including a fractured skull and bleeding on the brain, requiring major surgery in Bali to remove part of her skull to reduce pressure on her brain.

Husband Matt has been by her side the entire time, ensuring Peta was safely moved among Balinese hospitals, arranging flights home all while looking after their young children.

‘He is absolutely inhuman. What he’s done is beyond the capacity of one person,’ friend Rachel told Daily Mail Australia. 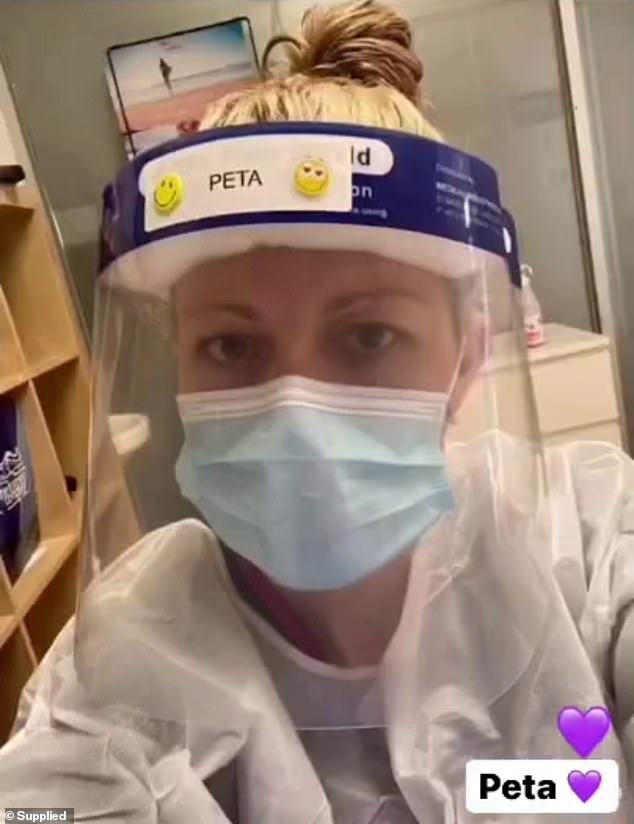 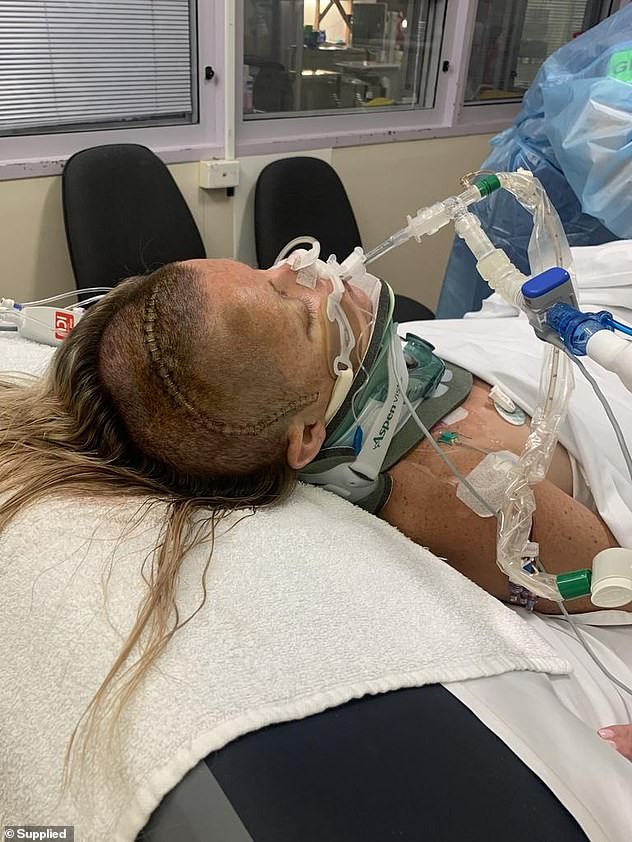 She required major surgery and had a piece of her skull removed to take pressure off her brain. Peta remains in an induced coma at The Alfred in Melbourne 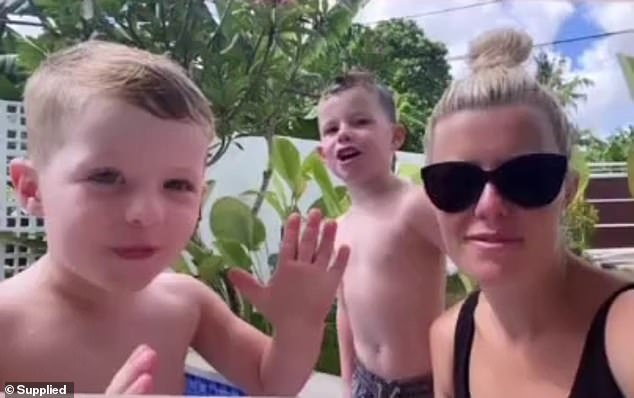 Peta and her sons Sonny and Alfie in Canggu, Bali not long before her tragic accident

Peta was transferred to the International Hospital in Kuta to undergo the treatment, before being flown back to The Alfred Hospital in Melbourne where she remains in ICU, heavily sedated in an induced coma and on a ventilator.

Her husband Matt, mother and sister have been constantly at her side while sharing the responsibilities of looking after Sonny and Alfie.

‘It’s completely horrific that in that split section their life was flipped upside down,’ Rachel said.

‘Just knowing she’s never going to have the life she’s had before potentially, it’s going to be a long road to get back to something like that with her boys.’

Doctors say it’s hard to pinpoint any changes or recovery in Peta’s condition at the moment, with family and friends taking it day by day.

Rachel said Sonny and Alfie aren’t ‘fully aware’ of what is going on with their mum.

They came around for dinner a couple of nights after they get home, so it was nice to give them a hug,’ she told Daily Mail Australia. 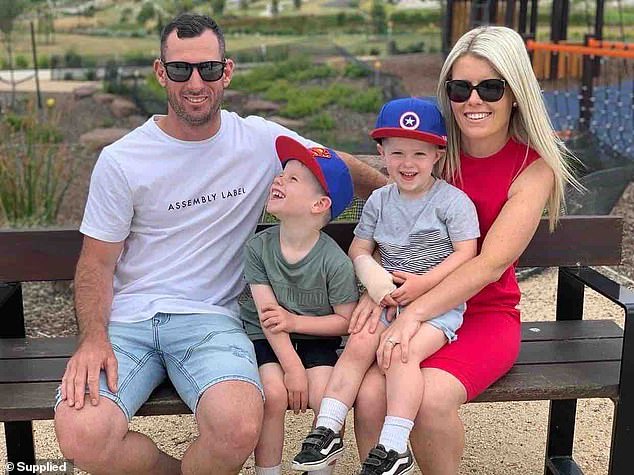 A GoFundMe account has been made to help pay for Peta’s medical costs – which has seen more than 1,000 donations totalling $100,000 in less than 24 hours 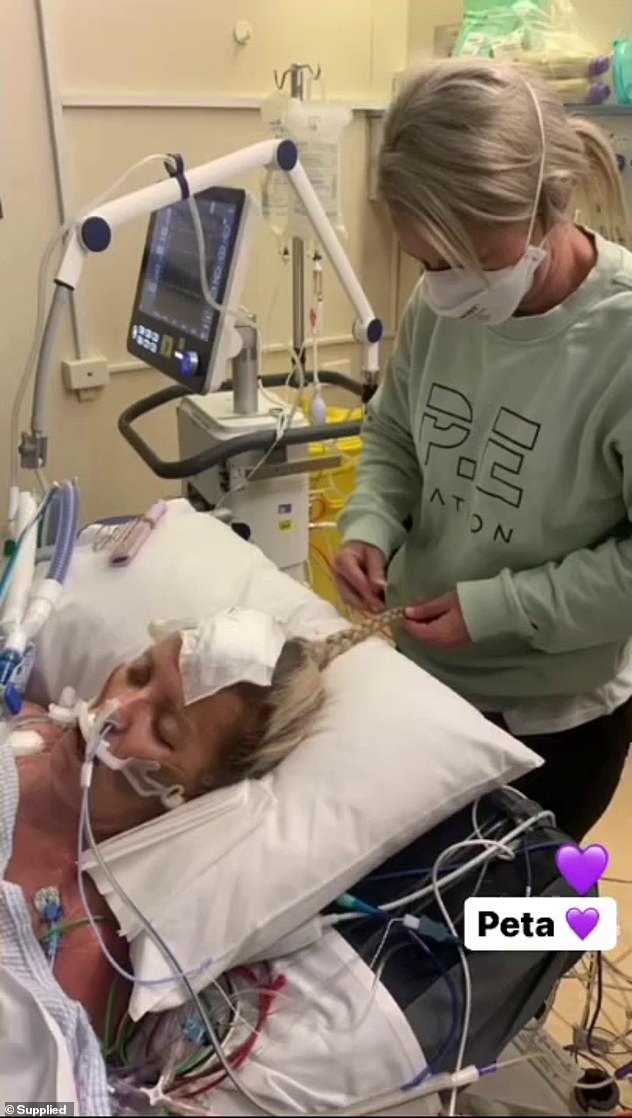 Peta’s husband, mother and sister have been splitting duties looking after the mother and also taking care of her two boys

Rachel has started a GoFundMe account to help financially support Peta and her family through her treatment, a page that has seen more than 1,000 donations totalling $100,000 in less than 24 hours.

‘She now has every specialist team involved in her care and we know she is in the very best of hands. She will have an exceptionally long road to recovery with rehabilitation and at this stage we can only measure her progress on a day to day basis,’ Rachel said.

The family were shocked by the outpouring of support she’s received so quickly.

‘They are completely overwhelmed and appreciative of everyone’s supportive messages, outreach and donations, so thank you all so much,’ Rachel posted to the page.

RICHARD KAY: Jerry Hall was stuck in Succession… when she wanted to be in...

Holly Willoughby leads the stars at the Pride Of Britain Awards