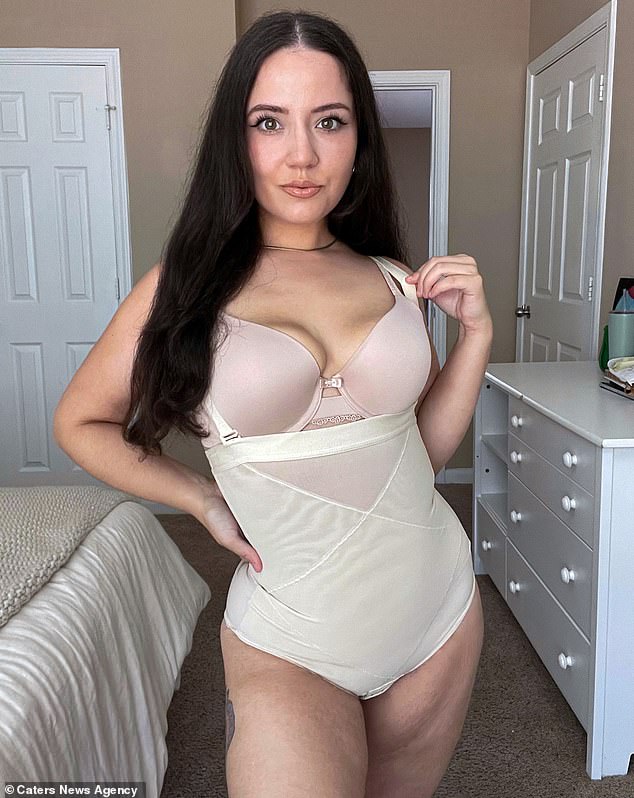 A mother who was left red-faced after she got stuck on a slide due to her weight is unrecognizable after dropping almost 140lbs with a gastric sleeve.

Sara Lockett, 25, from Washington, D.C., tipped the scales at 252lbs and had to be pulled out of the slide by her husband due to her weight.

The mother-of-two admits to indulging in a 3,000-calorie-per-day diet consisting of Pop-Tarts for breakfast, McDonald’s for lunch, and fried chicken for dinner.

After deciding to go under the knife for a gastric sleeve in a bid to turn her life around, Sara Lockett, 25, from Washington, D.C., has shed 140lbs and feels better than ever 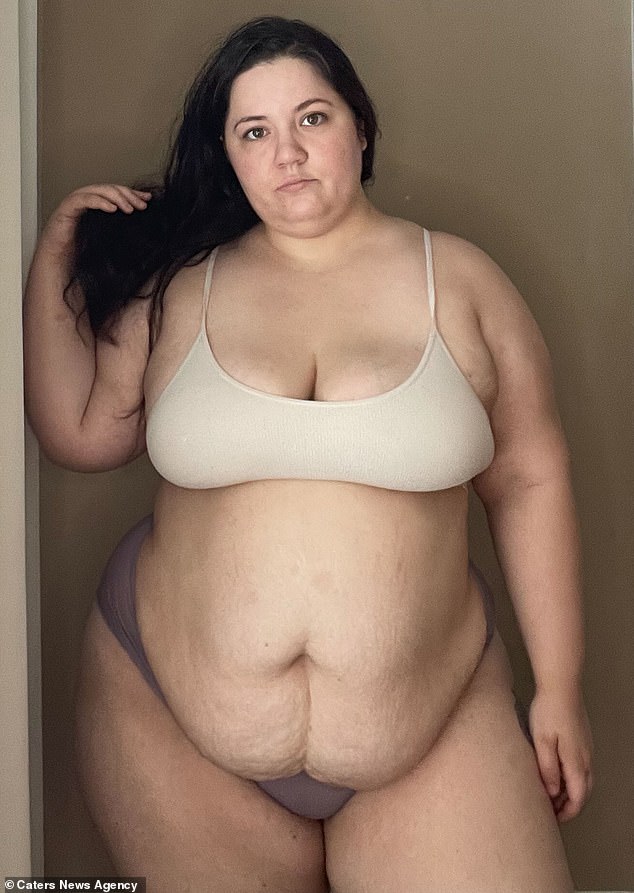 At her heaviest, Sara admitted that she was indulging in an unhealthy 3,000-calorie-per-day diet, which consisted of Pop-Tarts, McDonald’s, and fried chicken

However, after deciding to go under the knife for a gastric sleeve in a bid to turn her life around, Sara, has shed 140lbs and feels better than ever.

She said: ‘After my pregnancies, I gained a lot of weight, and I couldn’t get it back off due to suffering from various conditions such as preeclampsia and gestational diabetes.

‘I also didn’t have the best diet and suffered from binging. I’d eat what I could during the day, and then have two dinners in the evening and lots of snacks.

‘I felt horrible. I didn’t like going out in public with my husband, Prince, 30, and kids, Ameliana, four, and Roman, two. 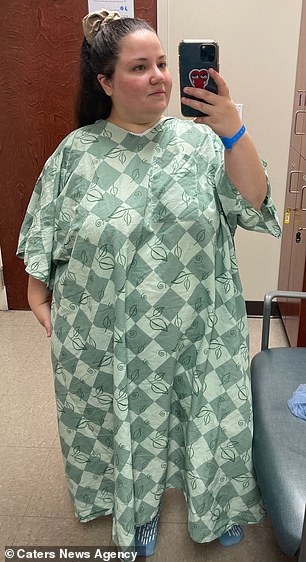 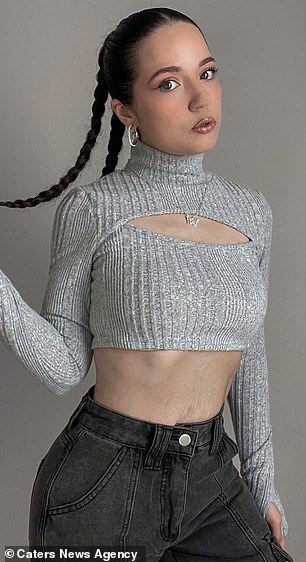 She had her gastric sleeve surgery in September 2021 (left) and luckily her insurance paid for 98 per cent of it. She now feels able to embrace her love of fashion (right) 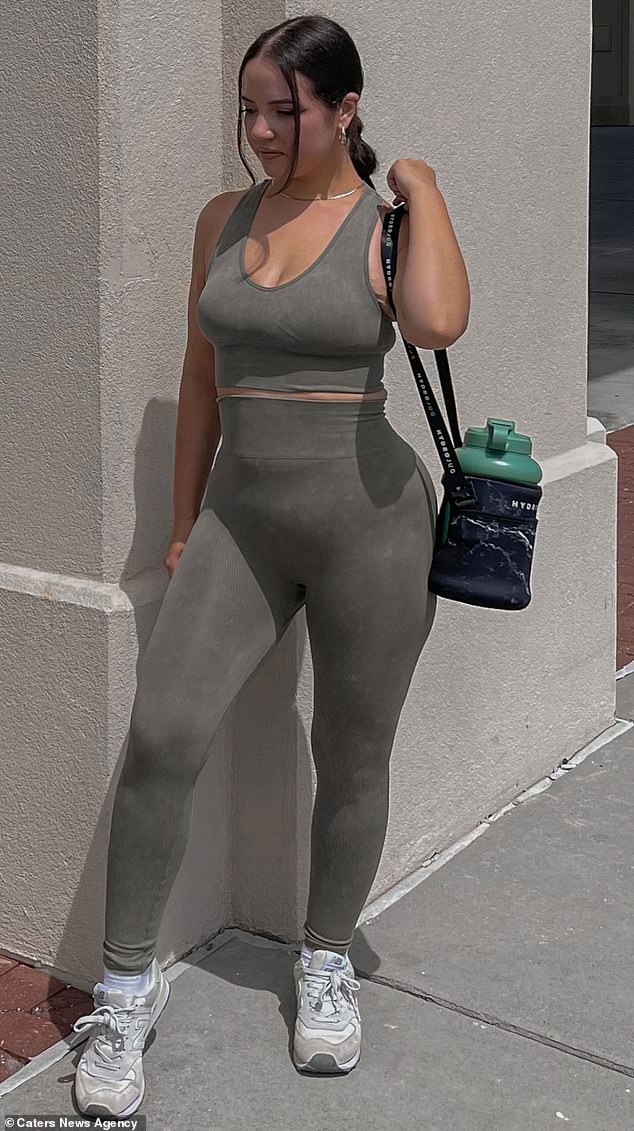 Her goal weight was around 154lbs, but she managed to surpass that and is now 116lbs  which means she shed nearly 140lbs

‘Even going to the park with the was a horrible experience.

‘One time my son was too scared to go down the slide on his own and wanted us to go on together.

‘So, I tried to go on with him, and when the slide took a turn, I got stuck and couldn’t go down any further.

‘My husband had to come over and pull me out, and I had to hop off the slide. That moment is burned into my memory.

‘I knew I had to try something else to get my life back.’

After a year of trying to lose weight through healthy eating and working out, Sara didn’t make any progress and was even diagnosed with PCOS which would make her weight loss harder.

DINNER: Sweet potatoes, with chicken or shrimp wrapped in lettuce leaves instead of shrimp tacos.

She says that it was suggested to her that she should try a gastric sleeve as a tool for weight loss and to help balance her hormones.

Sara added: ‘I had my surgery in September 2021 and luckily my insurance paid for 98 per cent of it.

‘I had mixed feelings about the surgery. I was so excited, but I knew it would also be a mental journey where I had to work on balancing my lifestyle and my relationship with food.

‘After the surgery, I went through the recovery stages. I had to start with a liquid diet before moving on to a soft food diet while I adjusted to my new stomach.

‘The weight started coming off and it was really encouraging, but I started seeing massive changes when I began working out too six weeks after my surgery. 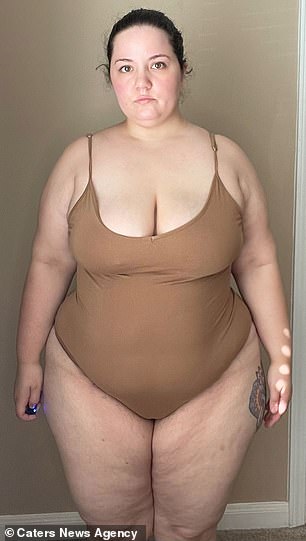 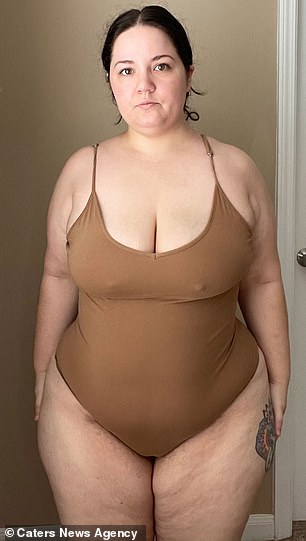 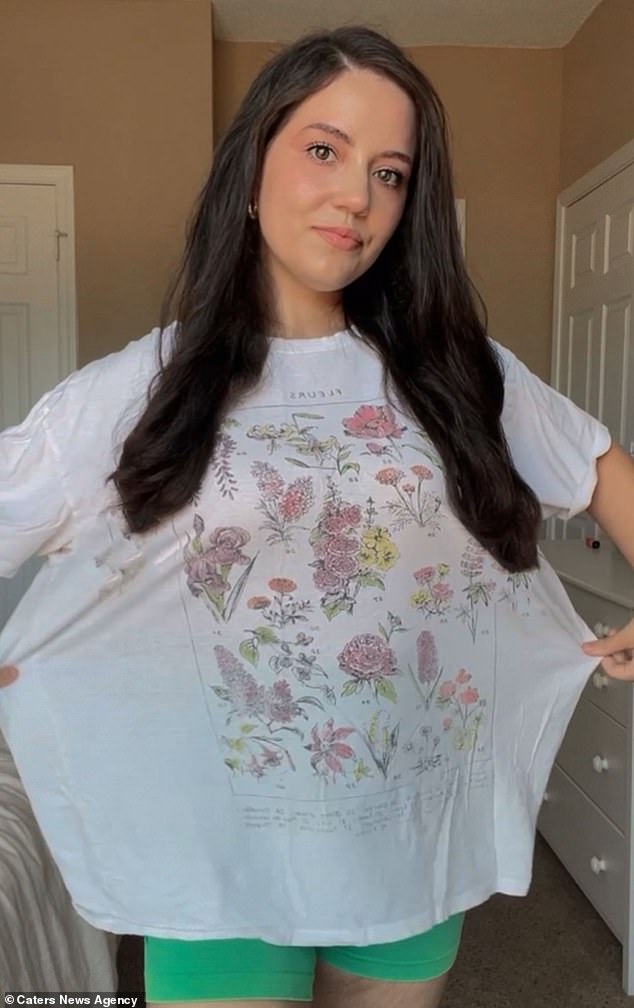 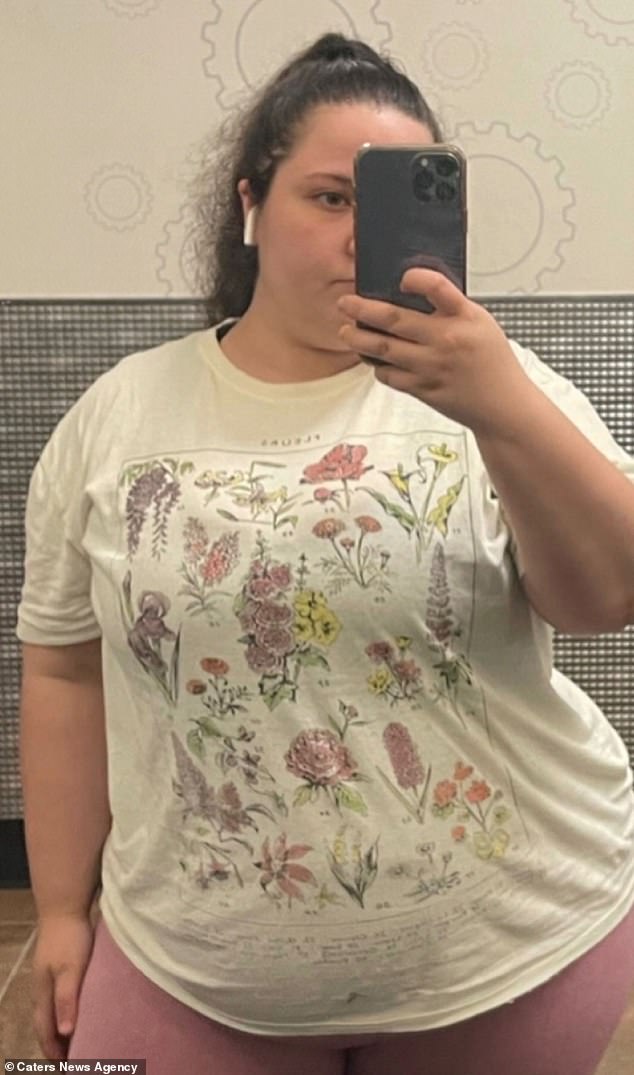 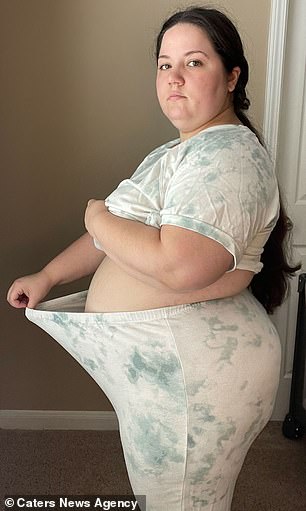 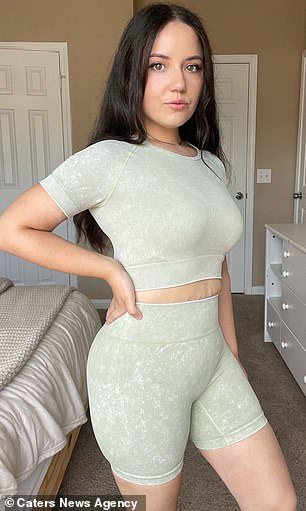 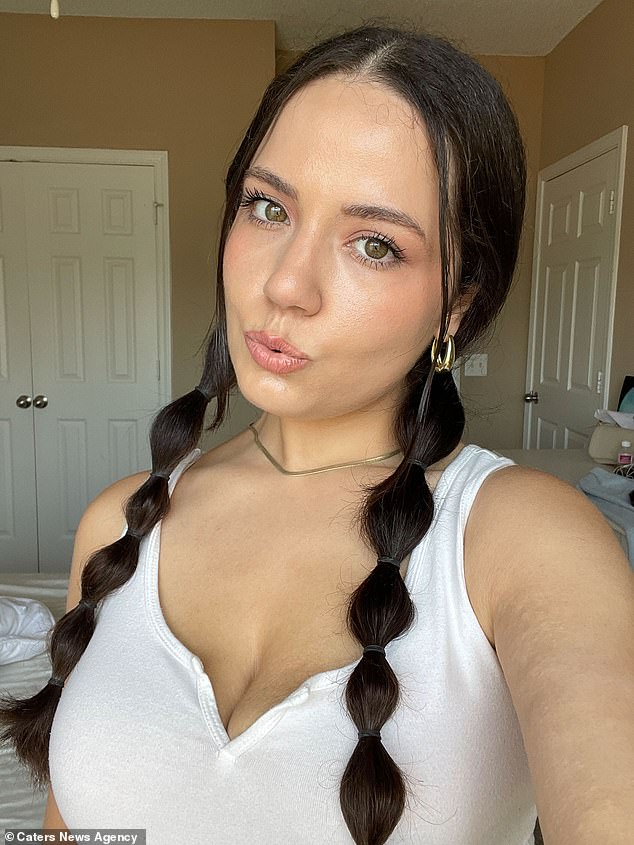 ‘My goal weight was around 154lbs, but I managed to surpass that. I am now 116lbs, which is incredible. I’ve done better than I ever expected myself to do.

‘I feel better than I have ever felt. I can run around with my kids and play with them at the park.

‘I certainly don’t have to worry about not fitting down the slide with them now.’

After years of hiding away in baggy t-shirts and leggings, Sara is loving finding her fashion sense again.

She said: ‘I’m getting back into my street style which I completely lost when I gained weight.

‘I’m experimenting with my clothes again because I have my confidence back and it feels great.

‘I feel like I have my life back again. I feel and look better than ever.’

The ultimate weight loss aid? What is gastric sleeve surgery – and how does it help you drop pounds

A sleeve gastrectomy is where a large part of the stomach is removed so it’s much smaller than it was before.

This means you cannot eat as much as you could before surgery and you’ll feel full sooner.

The remaining section of the stomach is formed into a tubelike structure.

This smaller stomach produces less of the appetite-regulating hormone ghrelin, which may lessen your desire to eat

There are long term risks of gastric sleeve surgery.

Many of them have to do with the fact that patients take in fewer nutrients than before.

Inside Bonnie Anderson’s lavish baby shower as she shows off her bump in stunning...

Ciara stuns in a orange dress as she puts on loved-up display with her...

Claudia Winkleman admits she didn’t know who Strictly’s Hamza Yassin was when he signed...

FBI responds to ‘barricade situation’ inside Army base