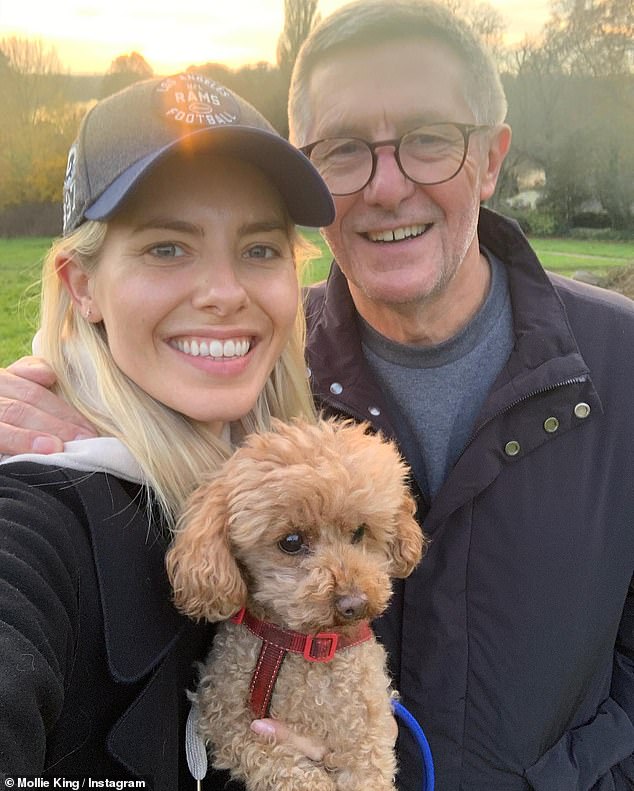 Mollie King said she was ‘heartbroken beyond words’ as she announced the death of her father Stephen on Wednesday.

The former Saturdays singer, 35, took to Instagram to tell her fans of the sad news that her parent had died last week, just days after she welcomed her first baby daughter.

Sharing a heartfelt message, she wrote: ‘Heartbroken beyond words. In August, my family’s world was shattered when my Dad was diagnosed with a brain tumour. Last week, we had to face the day we hoped would never come and say goodbye.

Sad news: Mollie King, 35, said she was ‘heartbroken beyond words’ as she announced the death of her father Stephen on Wednesday

‘Dad, we love you with all our hearts and we will miss you every single day. You have been our hero and it’s impossible to think of our lives without you.

‘You have always been there for us with every step we’ve taken and you even held on a few extra days to meet baby Annabella.

‘You gave us your everything. You will be in our hearts and our memories every single day.’ 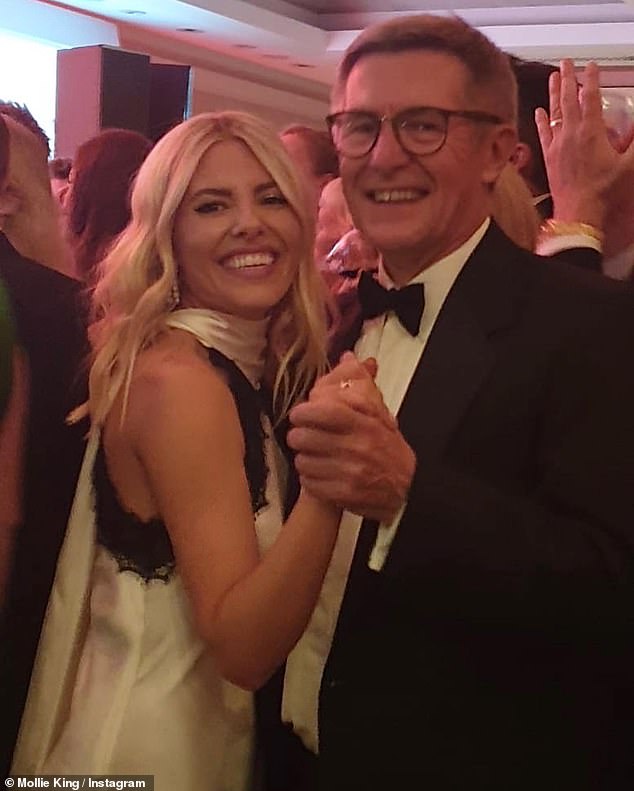 Heartbroken: The former Saturdays singer took to Instagram to tell her fans of the sad news that her parent had died last week 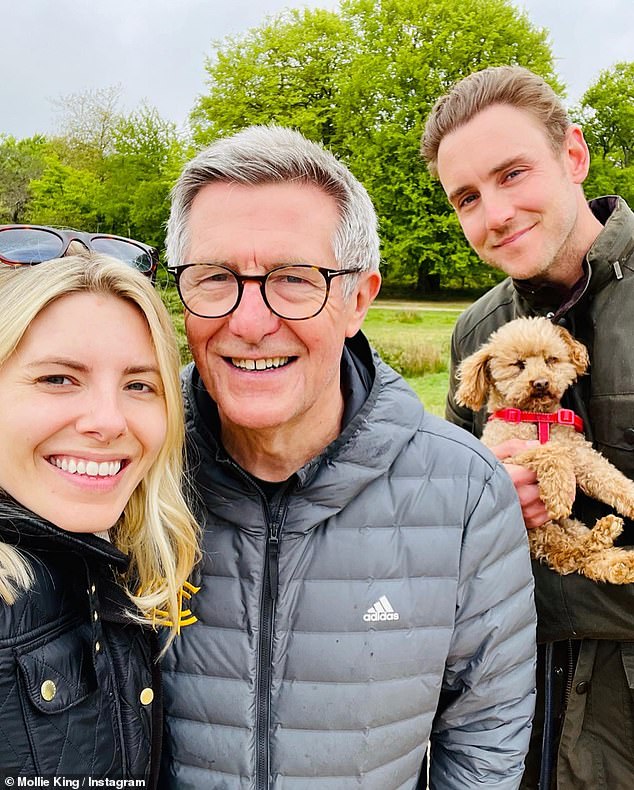 Emotional: Sharing a heartfelt message, Mollie wrote: ‘Heartbroken beyond words. In August, my family’s world was shattered when my Dad was diagnosed with a brain tumour’ (Mollie pictured with her father Stephen, centre, and fiancé Stuart Broad, right) 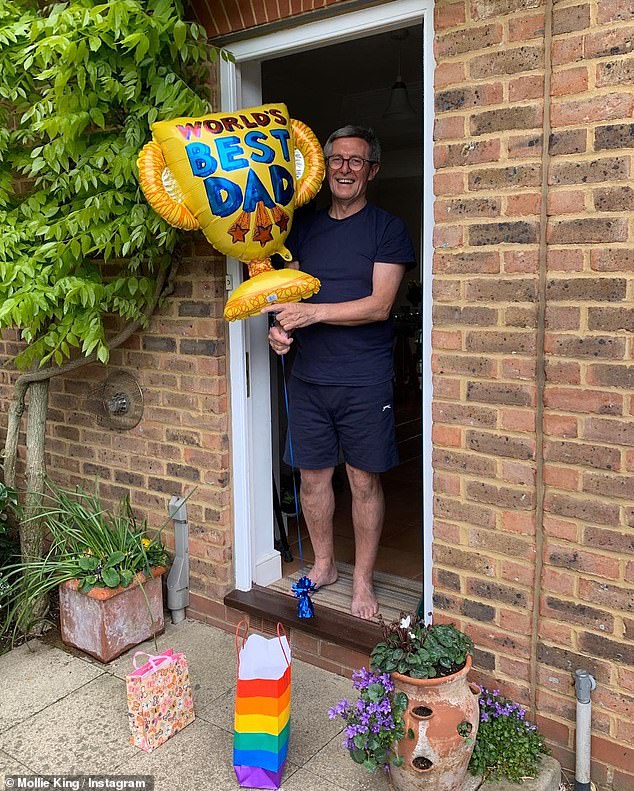 Farewell: She added: ‘Last week, we had to face the day we hoped would never come and say goodbye’

The pop star shared a number of pictures of herself with her father along with her words.

Mollie was inundated with messages of condolences from her followers, with former I’m A Celebrity… Get Me Out of Here! winner Giovanna Fletcher writing: ‘Oh Mollie, I’m so sorry to read this. Sending you and your family so much love!!’ 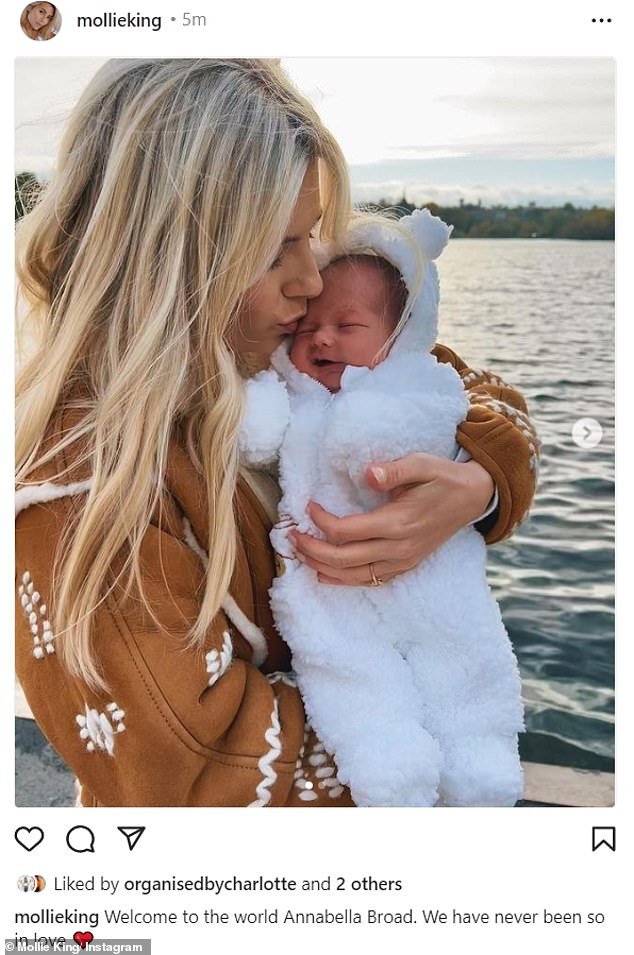 Family: News of Mollie’s father’s death comes just days after she announced she’d given birth to her first child, a baby girl, with her cricketer fiancé Stuart Broad

It comes just days after Mollie announced last week that she had welcomed her first child to the world.

The star and her fiancé, England cricketer Stuart Broad, 36, announced the news on Instagram, sharing that they’d named their newborn Annabella.

Sharing a picture of herself kissing her daughter on the head, Mollie wrote: ‘Welcome to the world Annabella Broad. We have never been so in love.’

Mollie revealed she was expecting in June and shared last month that their baby was due on November 2. 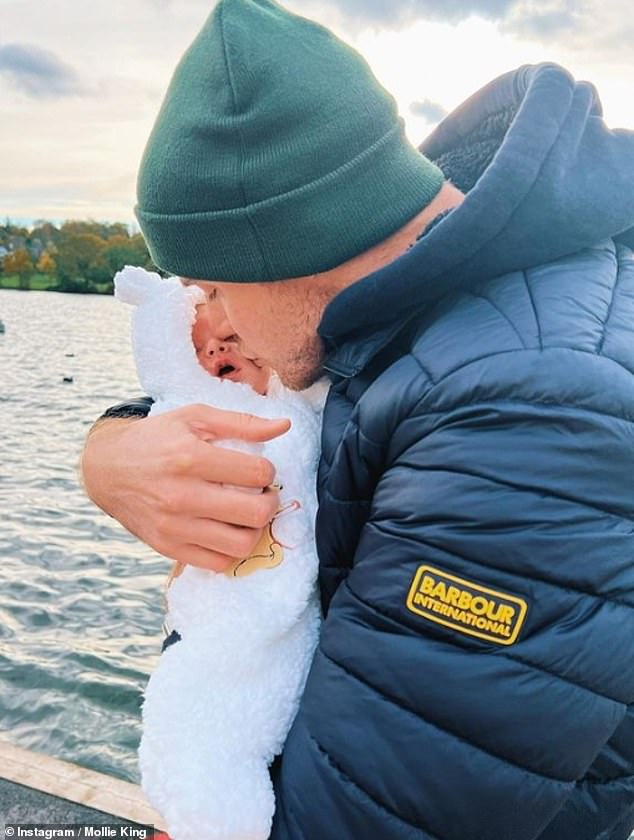 She told Grazia: ‘It feels weird to be saying this because we’ve only just told the family, but we’re actually having a little girl!

‘Having got five nephews, we were convinced we were going to be having a little boy as well, but we’re over the moon to find out it’s a little girl.

‘We would have been happy either way obviously and I just want her to grow up knowing that she can be exactly who she wants to be. I want her to know that the things that she goes to bed dreaming of can come true.’

The star also took to Instagram at the time to share heart-warming footage of the moment she and Stuart learned that they were having a daughter. 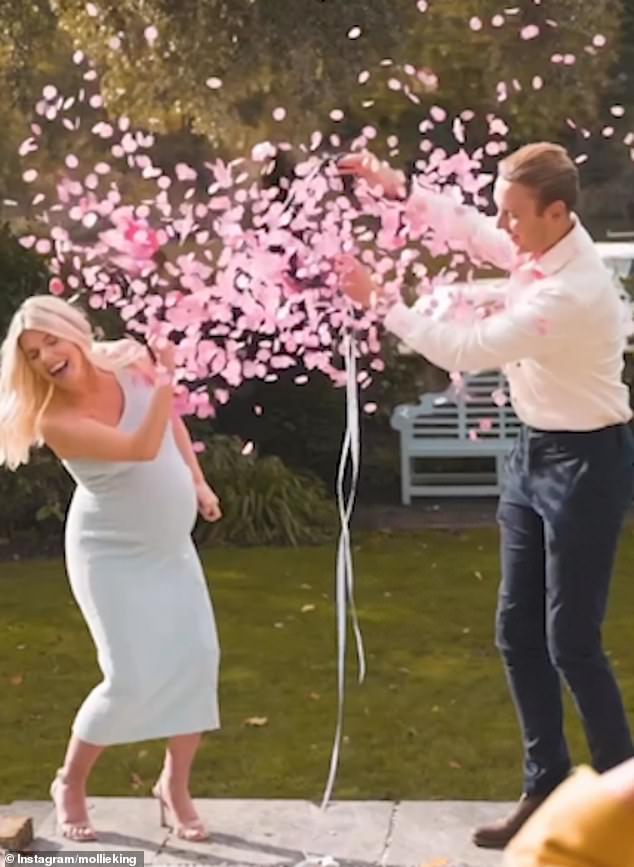 Happy times: Last month Mollie revealed that she and Stuart were expecting a baby girl, as she shared that their baby was due on November 2

Mollie uploaded the clip of herself in a figure-hugging powder blue dress as she stood with her husband-to-be either side of a large black balloon. As they burst the ‘Boy Or Girl’ balloon, pink confetti rained down on them.

Mollie and Stuart first met through mutual friends in 2012, but didn’t get together until March 2018.

The couple briefly split five months later, but were spotted together again in February 2019, and confirmed they had reunited the following month.

Mollie announced Stuart had proposed during a romantic walk in Richmond Park, on New Year’s Day in 2021.

Revealing the happy news on Instagram, Mollie wrote: ‘A thousand times yes! I still can’t believe it, the most magical start to the new year! I can’t wait to spend all my years with you!’ 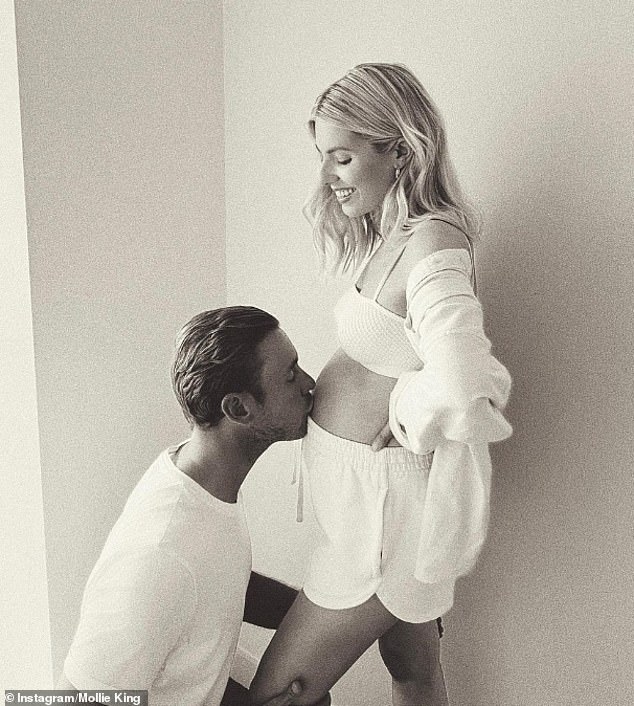 Announcement: The couple revealed their baby joy by announcing Mollie’s pregnancy in a heartfelt Instagram post in June

Coco Gauff is dumped OUT of the Australian Open in the fourth round by...

Noel Gallagher ‘SPLITS from wife Sara MacDonald after 22 years together’

Hacker, 22, is jailed for stealing unreleased music from Ed Sheeran and Kanye West