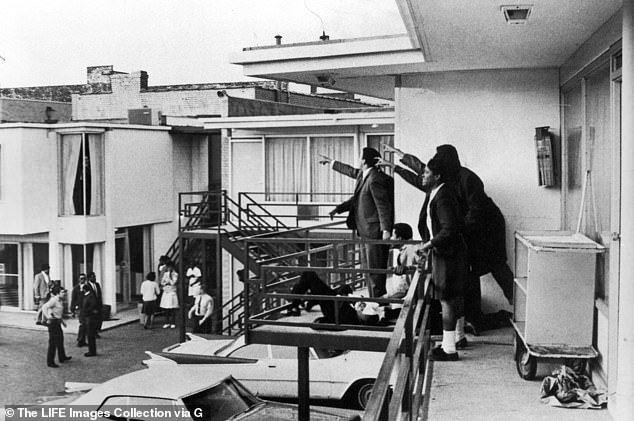 MLK ‘was assassinated by the US government’ says relative after slamming ‘awful’ $10.5m ‘penis’ statue unveiled over the weekend to honor legend

By Sophie Mann For Dailymail.Com

A cousin of Martin Luther King Jr.’s wife Coretta Scott King said the late civil rights leader was assassinated by the US government.

During an appearance with Fox News‘ Tucker Carlson on Monday night – Martin Luther King Jr. Day – Seneca Scott presented the claim as he discussed the controversial new monument to MLK that was recently unveiled in Boston.

Scott said: ‘I would like to acknowledge it is Martin Luther King Day and nothing should detract from his radical vision, Tucker. And he was assassinated by the US government.’

‘He was assassinated right when he was escalating from talking about racial bigotry to class and the war in Vietnam,’ he said.

Civil rights leader Andrew Young (L) and others standing on balcony of Lorraine motel pointing in direction of assailant after assassination of civil rights leader Dr. Martin Luther King, Jr., who is lying at their feet

Carlson agreed that MLK had been killed just as his focus had shifted to ‘populist economics,’ adding that he did not know who killed him, but saying it was ‘very obvious’ that James Earl Ray did not act alone.

He pondered aloud why there is no significant interest in the facts surrounding King’s assassination, which include two foreign passports being in Ray’s possession following the killing.

Primarily, Scott had been on the show to discuss the new, controversial bronze statue in Boston called ‘The Embrace,’ was described by Carlson as ‘ugly at best, pornographic as worst.’

Its creation cost a whopping $10.5million, some of which was public funding.

Seneca Scott agreed with Carlson’s description, calling the statue a ‘monstrosity and insult to the family.’ 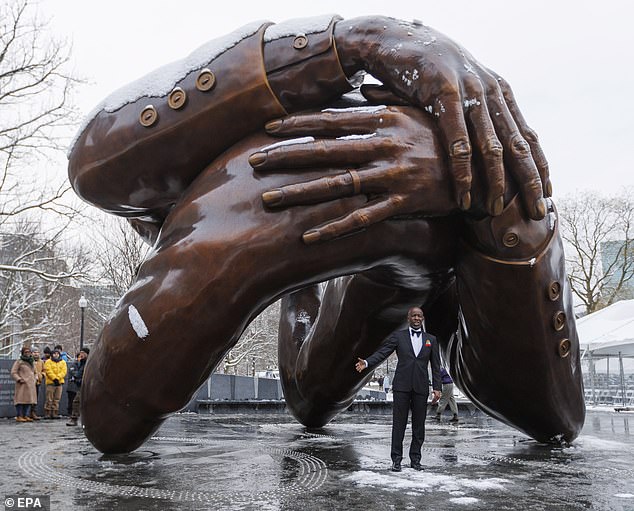 ‘The Embrace’ in Boston. The statue was recently unveiled as a tribute to Martin Luther King Jr. and is meant to celebrate an image of MLK and his wife Coretta Scott King 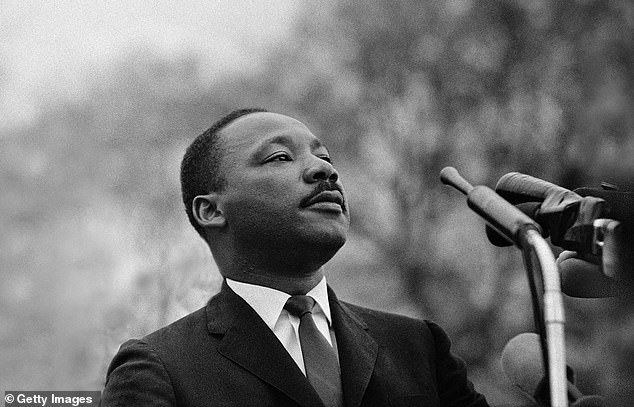 Seneca Scott, a relative of MLK, claimed Monday that the civil rights icon was assassinated by the US government 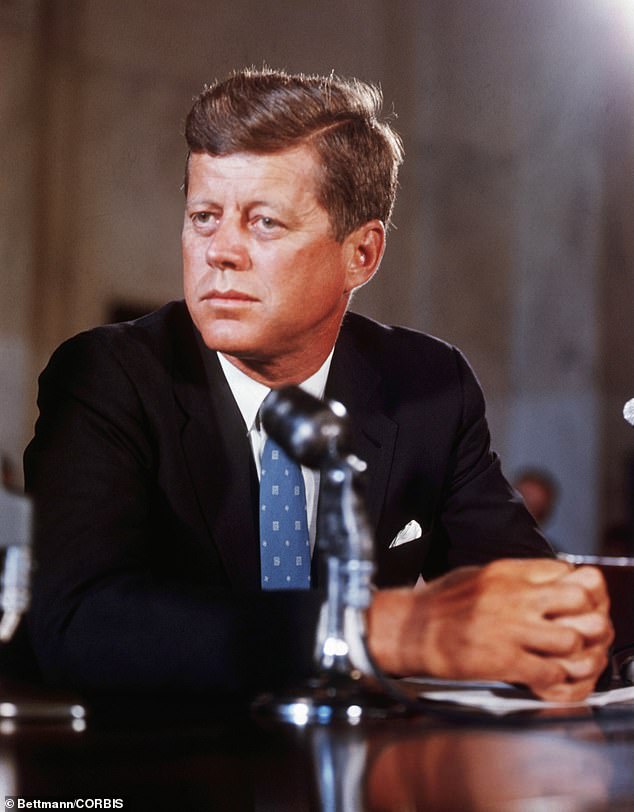 Carlson had previously claimed that a source told him the CIA had been involved in the killing of President John F. Kennedy 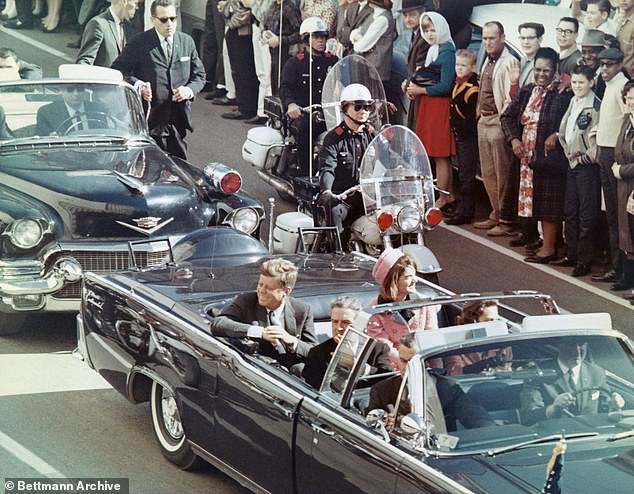 President John F. Kennedy and the first lady smile at the crowds lining their motorcade route in Dallas, Texas, on November 22, 1963. Minutes later the president was assassinated

Recently, Carlson concluded that the CIA was ‘involved‘ in the assassination of President John F. Kennedy.

Carlson made the claim to his viewers following the release of thousands of previously unseen files related to the JFK assassination, though he noted that thousands are still being withheld.

The popular commentator said he had spoken to ‘someone who has access to these still hidden CIA documents,’ and had asked that individual ‘Did the CIA have a hand in the murder of John F. Kennedy, an American President?’

Carlson said his source responded, ‘The answer is yes. I believe they were involved. It’s a whole different country from what we thought it was. It’s all fake.’

Several weeks ago, the National Archives on Thursday released 13,173 unredacted documents related to the assassination of President John F. Kennedy, offering historians and conspiracy hunters a fresh trove of details.

‘What little information remains redacted in CIA records in the Collection consists of intelligence sources and methods – some from as late as the 1990s, provided initially to give the JFK Review Board overall context on the CIA – the release of which would currently do identifiable harm to intelligence operations,’ said a CIA spokesman.