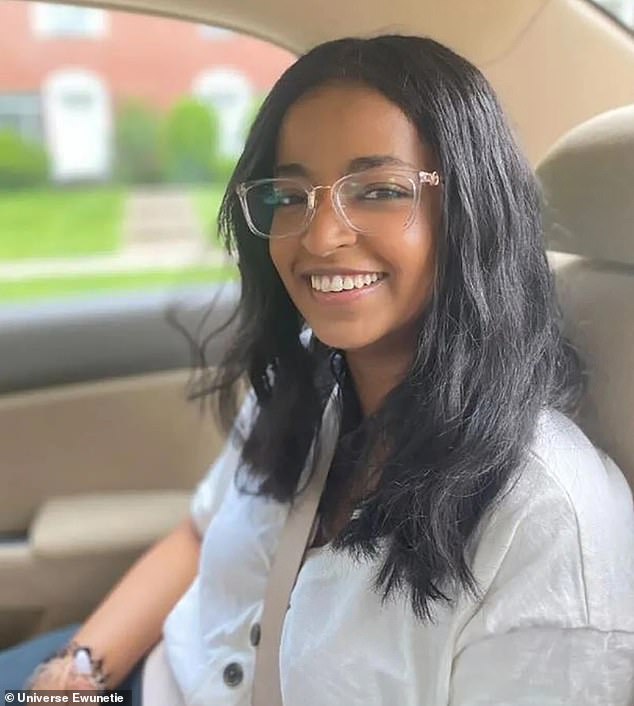 Princeton University student Misrach Ewunetie’s family slammed police for leaving them in the ‘dark’ after it was revealed her cause of death could take weeks.

Ewunetie, 20, of Euclid, Ohio – near Cleveland – was found dead on the Ivy League campus six days after she went missing on October 14.

Her family reported her missing after not being able to get in contact with the sociology student and said the cops kept them in the dark throughout the search.

‘There’s no constant update or interaction with us,’ Universe told CNN. ‘We’re really kept in the dark.’

Police officials had told Universe that the investigation was going to take time.

Her body was found on Thursday near the tennis courts. Sources noted that there were no signs of trauma on the body, and the Mercer County Prosecutors Office said, ‘Her death does not appear suspicious or criminal in nature.’

An autopsy was performed on Friday, but the medical examiner’s office is still awaiting the toxicology and other test results, Casey DeBlasio, spokesperson for the Mercer County Prosecutor’s Office, told CNN.

Misrach Ewunetie, 20, of Euclid, Ohio – near Cleveland – was found dead on the Ivy’s League’s campus six days after she went missing on October 14. Her autopsy was performed on Friday, but the medical examiner’s office is still awaiting the toxicology and other test results, which could take weeks 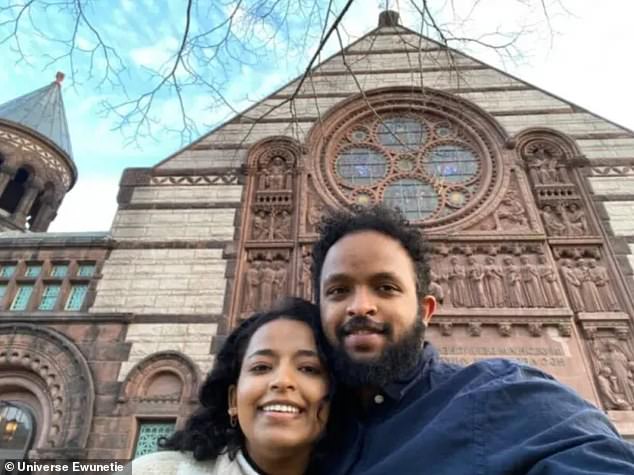 Her family reported her missing after not being able to get in contact with the sociology student and said the cops kept them in the dark throughout the search. ‘There’s no constant update or interaction with us,’ said Universe, pictured here with Ewunetie. ‘We’re really kept in the dark’

Ewunetie, was last seen on October 14 at around 3am near Princeton University’s Scully Hall, the residential building where she lived.

Universe said Misrach had been volunteering at Princeton’s Terrace Club, one of the school’s 11 private eating clubs, on October 13.

Terrace Club is one of the non-private clubs at Princeton, requiring members to only sign up for membership, and is not associated with the university. The clubs are for upperclassmen at the school to eat lunches and participate in various activities.

Other clubs require prospective members to apply for membership.

She was a member on ‘duty’ — performing housekeeping tasks during a live music performance at the club.

That night, the club was hosting Raavi with Jackie Marchal, according to its Instagram page.

After the club had closed and all of the responsibilities had been fulfilled, Misrach, together with other members on duty, left for the night.

Following the event ‘she went back to her dorm at 3am’ her brother said. ‘Her roommates said they saw her at 3am. Then another roommate of hers said she didn’t see her after 4am, and then after that no one has seen her.

‘Her housemates didn’t look for her because they assumed she went home.’ 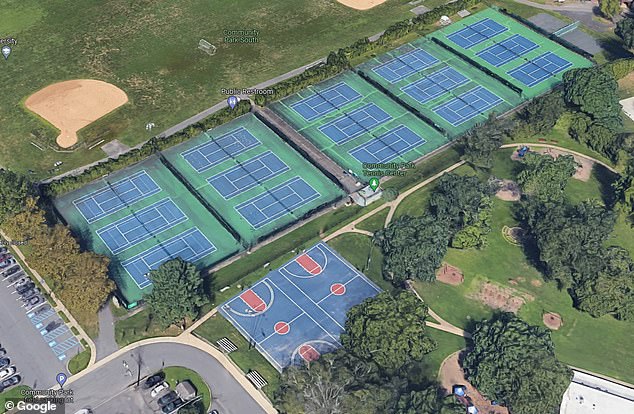 She was found near the tennis courts on Princeton’s campus 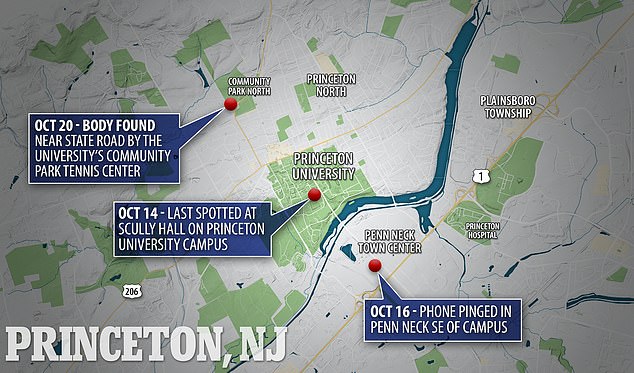 Her body was located 1.5 miles from her dwelling, in an area near State Road by the university’s Recreation Department which houses a walking trail, community pool and sports facilities.

Ewunetie’s disappearance triggered a multi-day hunt for her whereabouts that resulted in drones, helicopters and watercraft vehicles being deployed around the Ivy League university.

Campus police had visited Ewunetie’s housing estate three times and conducted a search with dogs, but were unable to enter any properties due to a lack of search warrants.

It was previously revealed that her cellphone last pinged early Sunday morning from a location seven miles from the campus. 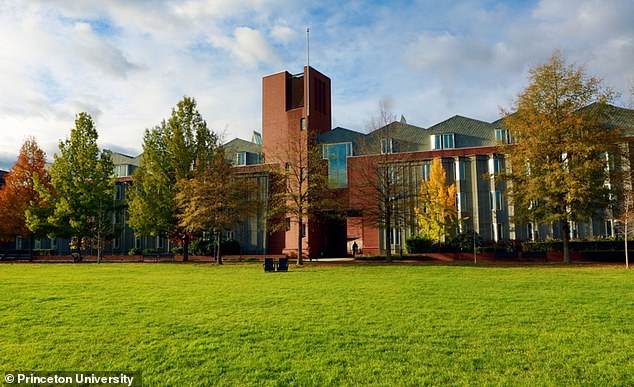 The ping was located at a New Jersey housing complex near Penns Neck.

No further details on that ping have been shared since the discovery of Ewunetie’s body.

‘Our hearts go out to her family, her friends, and the many others who knew and loved her,’ she said in a statement.

‘We are planning an opportunity for students to join together and remember Misrach. Information about the gathering will be shared separately when details are known.’

A school spokesperson added, ‘We have no additional information to share at this time.’ 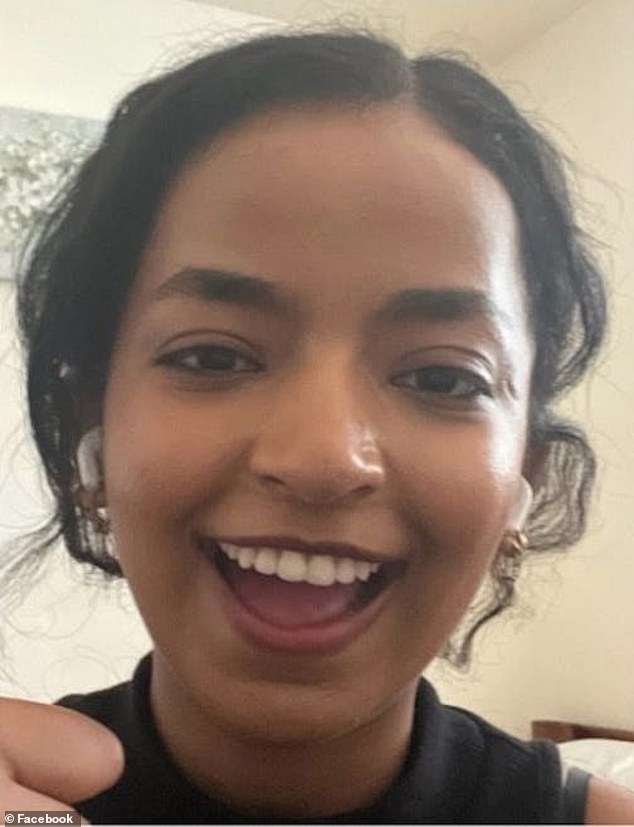 Universe also said school was ‘difficult for her and for a lot people’ since they missed a lot of in-person instruction due to the pandemic.

‘With the pandemic, the first year they were not on campus, so that was difficult for her and for a lot of people,’ Universe explained. The family immigrated from Ethiopia in 2008.

‘But this year she’s been trying to get in this Terrace Club, and that was her way of making friends.’

Ewunetie was a 2020 graduate of the Minds Matter Cleveland program, which works to help high-achieving low-income students. Sara Elagad, executive director of the nonprofit told CNN that her former student’s disappearance was very out of character.

‘It is not at all in character for her to purposely go off the radar or be out of touch with family,’ Elagad said. ‘We are supporting her family as they assist law enforcement efforts to safely locate her.’

The group also posted a video on their Twitter, saying Ewunetie had worked with the group for ‘three years’ to make it to the ‘college of her dream.’

‘She [was] an incredible student,’ Elagad said in the video. 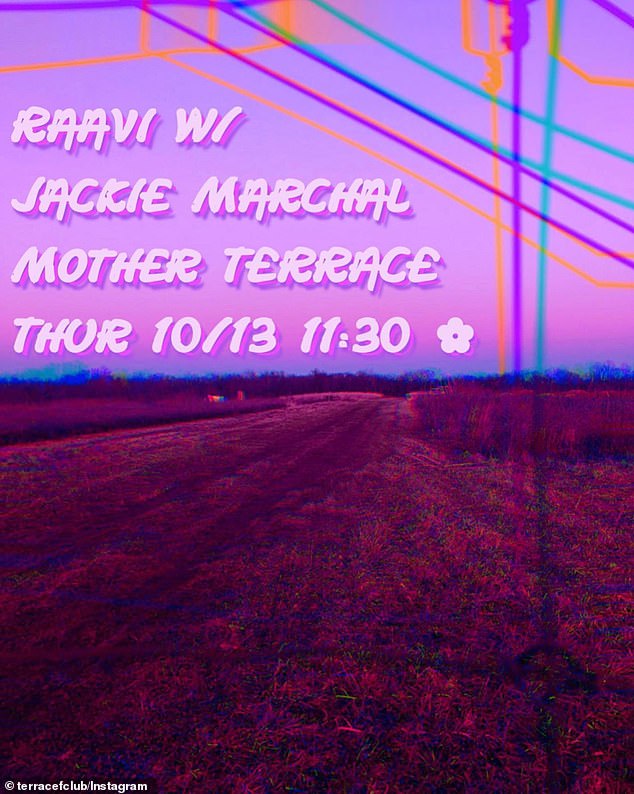 Pictured: The advertisement for Terrace Club’s event on October 13, the night Misrach volunteered

‘She was thrilled when she got into Princeton,’ Charles Slife said in the video.

They later said they were ‘devastated’ by the loss of the student.

Ewunetie was valedictorian of her high school and was majoring in sociology with a minor in computer science at Princeton, according to Planet Princeton.

Her family members who have lived in Ohio since 2008, but who are originally from Ethiopia, say her disappearance is all the more unsettling after she missed a meeting regarding a citizenship application the following day.

‘She is the gem of the house, [my parents’] only daughter and the youngest,’ Universe said. ‘She is very loved.’

Emma Thompson, 63, says she finds young people’s expectations of sex ‘can be very...

Freckles have gone from being something to hide, to a mark of fresh-faced youthfulness