A fourth bus full of migrants who crossed into the U.S. illegally from Mexico arrived in Washington, DC on Saturday morning.

The migrants had come from Del Rio in Texas and had traveled to the U.S. border from Venezuela, Columbia, Costa Rica, Nicaragua and Mexico.

Their travel to the national capital is part of a disruptive initiative by Republican Texas Governor Greg Abbott.

A fourth bus of migrants that had been driven from Texas arrived in Washington D.C. on Saturday morning 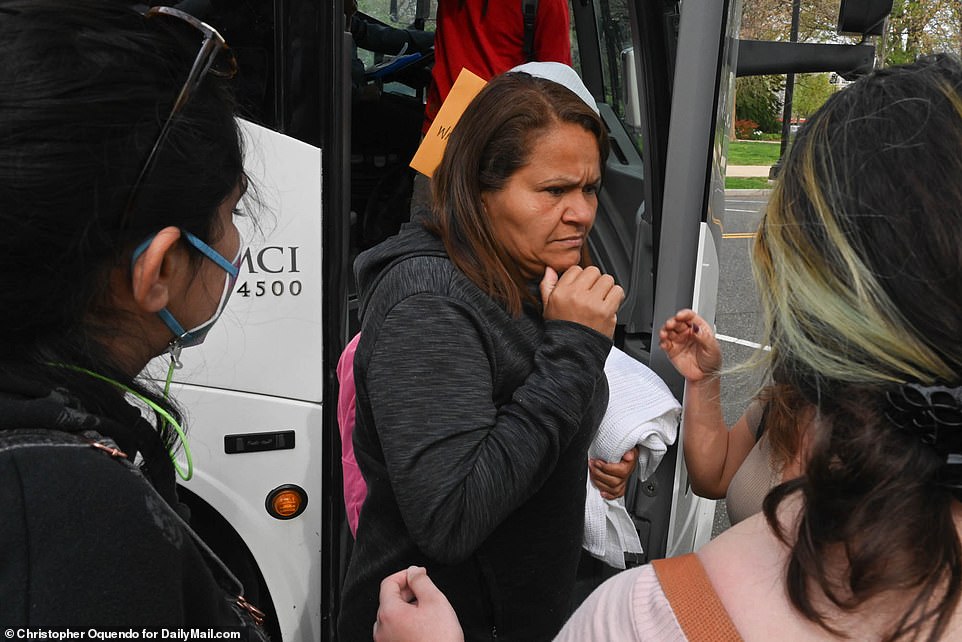 The migrants were dropped off by the Capitol having been driven 1,500 miles from Texas to Washington D.C. 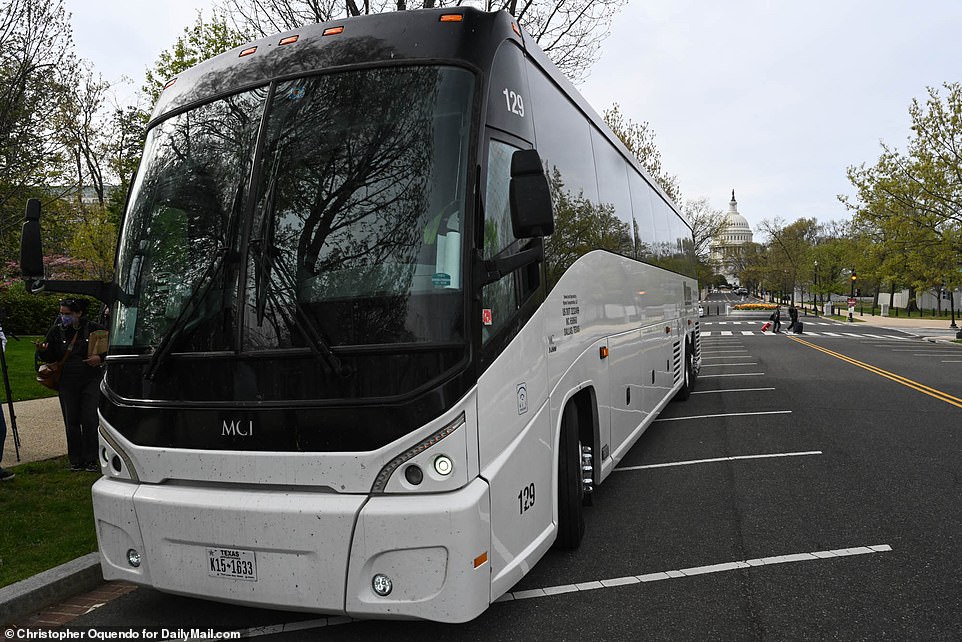 Pictured a bus carrying migrants from Texas parked close to the US Capital in Washington,D.C. 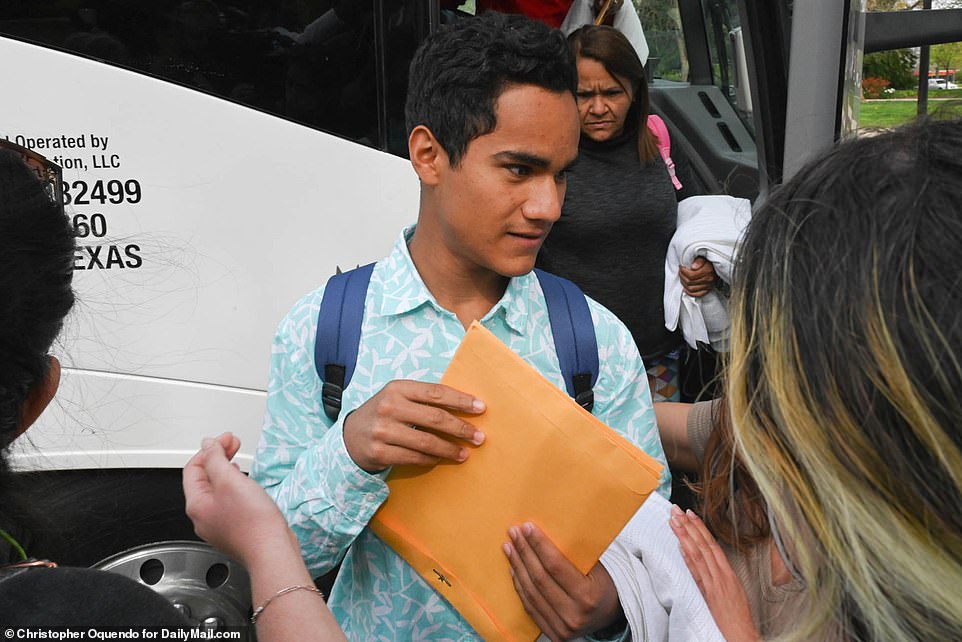 The migrants came with few belongings apart from the clothes they were wearing, a backpack and an envelope

His office is offering a free one-way ticket to DC for willing migrants in an effort to show President Joe Biden the scale of the problem, and ‘take the border to him’.

A first bus carrying 23 people arrived on Wednesday with a further 14 arriving on Thursday. Friday saw even more with another 30 people arriving.

A social services organization, the Central American Resource Center (CARECEN), were on hand to support the migrants as they got off the bus.

The group were given food and water after their 1,500 mile bus journey from the Lone Star State.

‘We understand that they are pawns in a political game between Governor Abott and the Biden administration,’ said Avel Nunes of CARECEN. 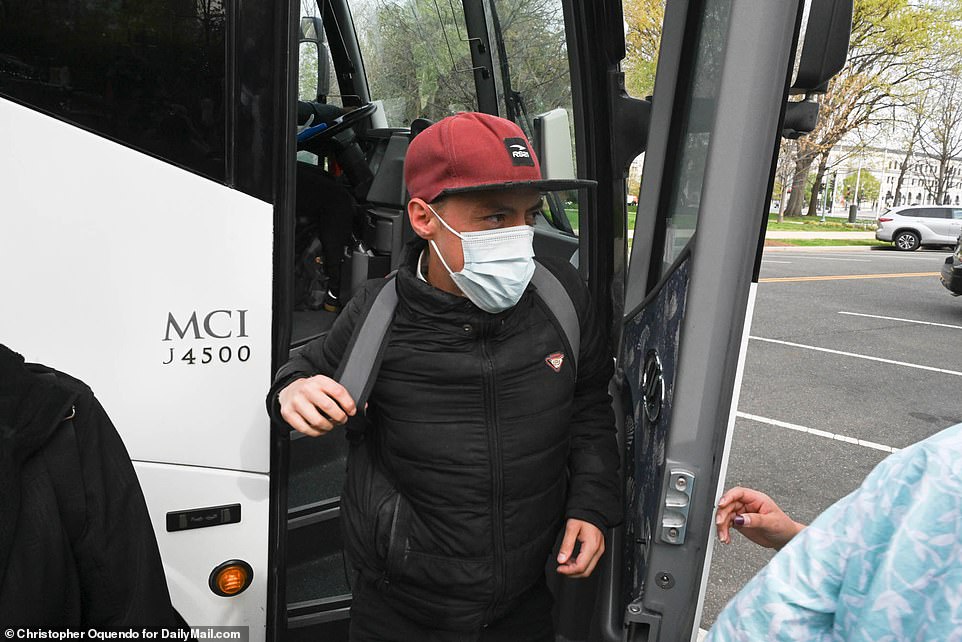 The migrants were offered a free one way bus ticket to the capital – a 1,500 mile trip – upon arriving in Texas 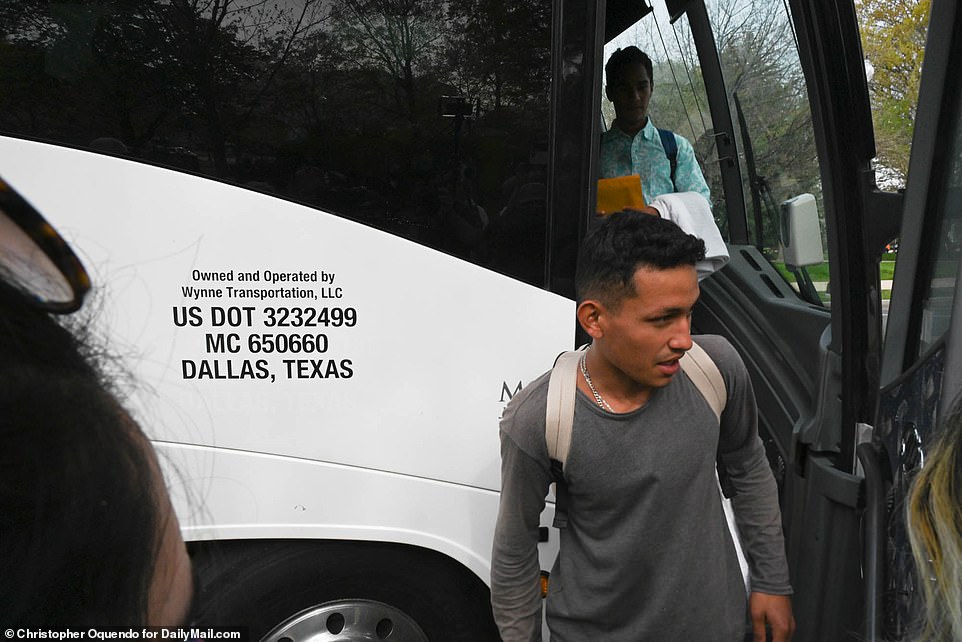 The migrants had come from Del Rio in Texas and had traveled to the U.S. border from Venezuela, Columbia, Costa Rica, Nicaragua and Mexico 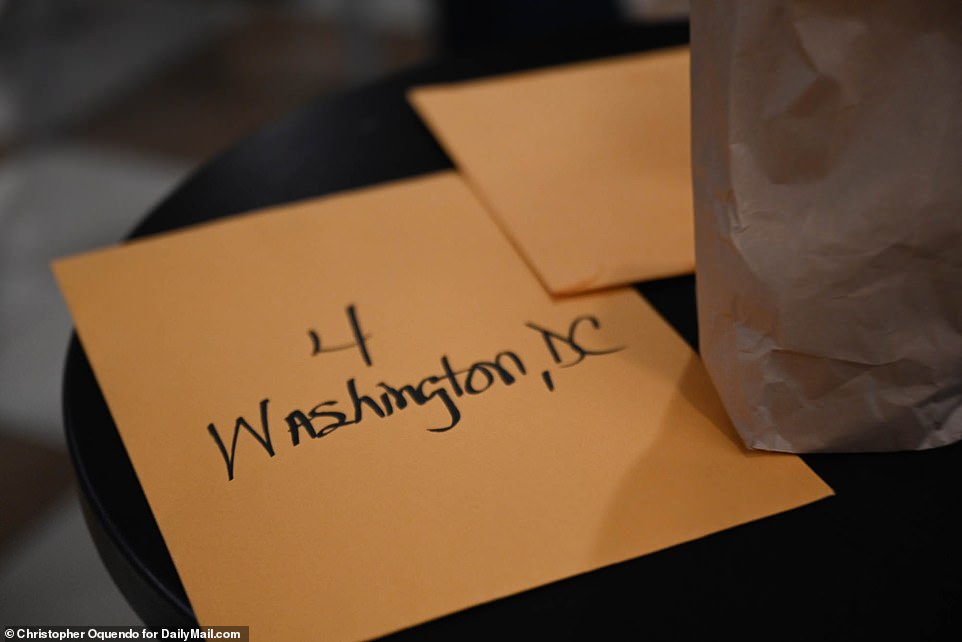 When the migrants arrived from Texas they were carrying Manila envelops that read ‘4 Washington, DC’ 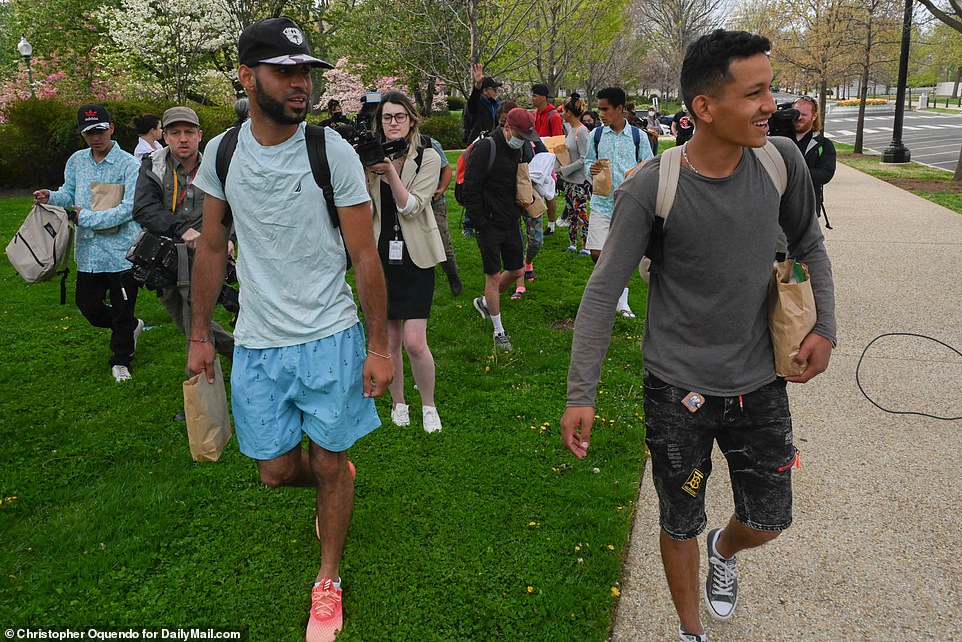 The migrants were given a quick tour of some of the big sights of Washington D.C. including the Capitol building 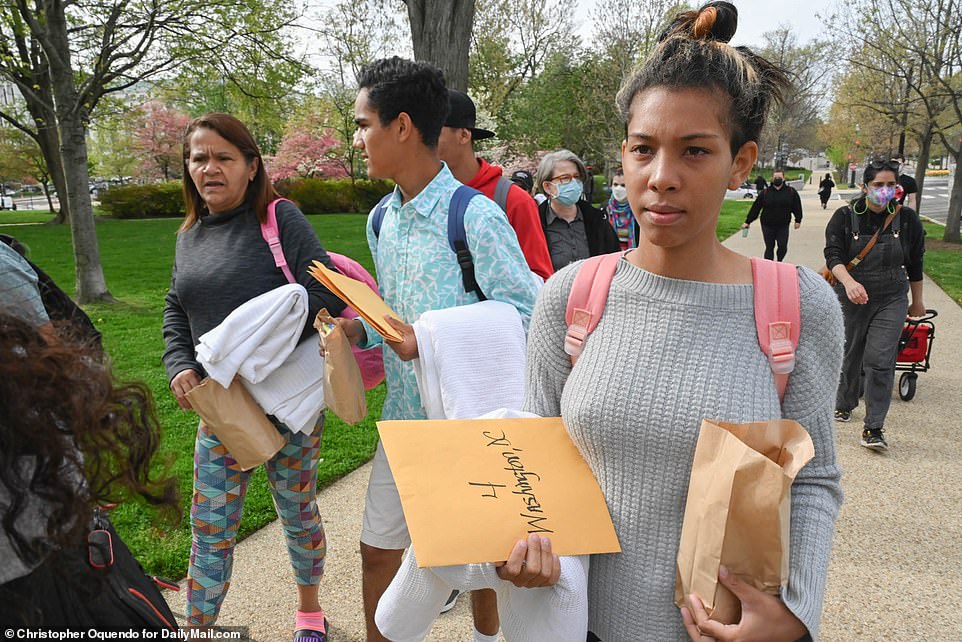 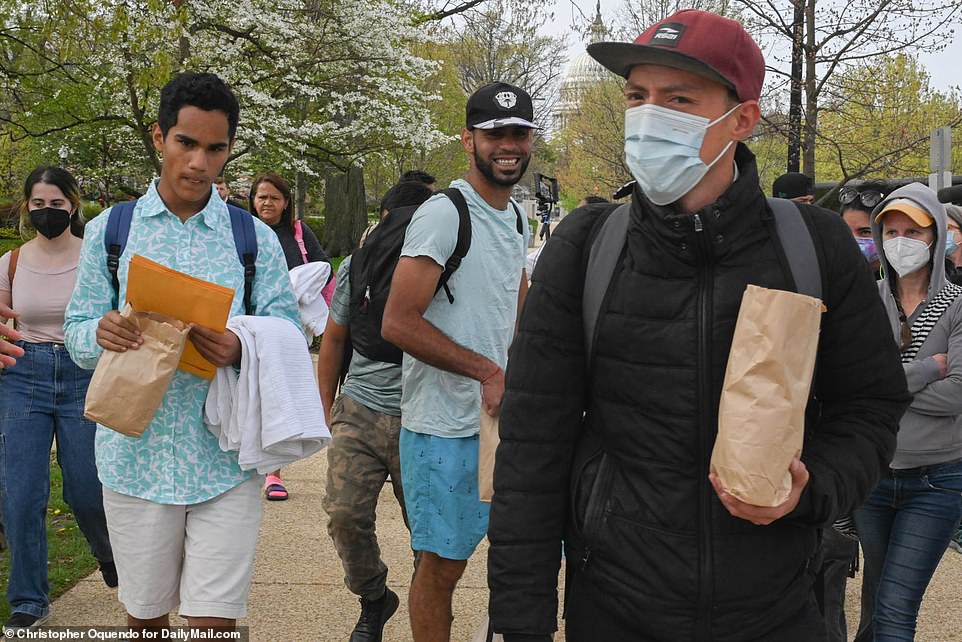 The migrants appeared happy to be in the nation’s capital. The dome of the Capitol can be seen in the background

‘Washington,DC is a welcoming city and we are here to help the migrants get the support that they need. A lot of them do not know what is going on and we want to make sure that they have information that they need, find out the types of needs they may have and if they need help getting to their final destination.’

He added: ‘They were offered a free ride to Washington,DC but they were not told how to get to their final destination. We are seeing people from Venezuela, some from Nicaragua and Columbia. Governor Abbot is taking random people and this is not coordinated. We get a big bus with ten people coming out of it from random places. This is the craziness and absurdity of what Governor Abbott is doing.’

The busing strategy is part of Governor Abbott’s response, which is his view is due  to President Biden’s ongoing failure to secure the border. 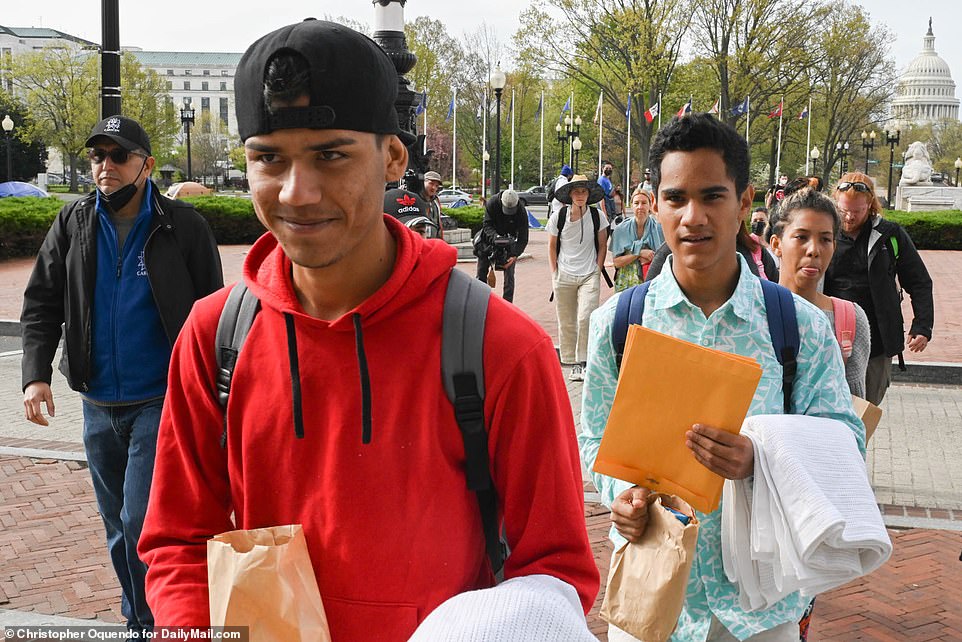 The migrants arrived at Union Station, in sight of the Capitol building and were shown a few of the sights 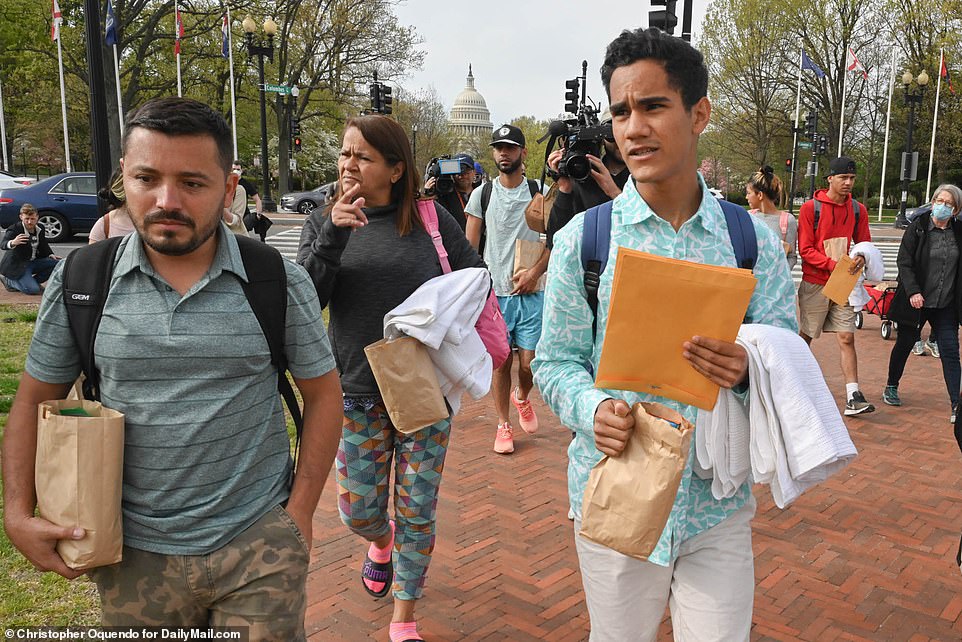 The migrants said they they chose to come to Washington D.C. and were not simply forced to get on a bus and travel 1,500 miles 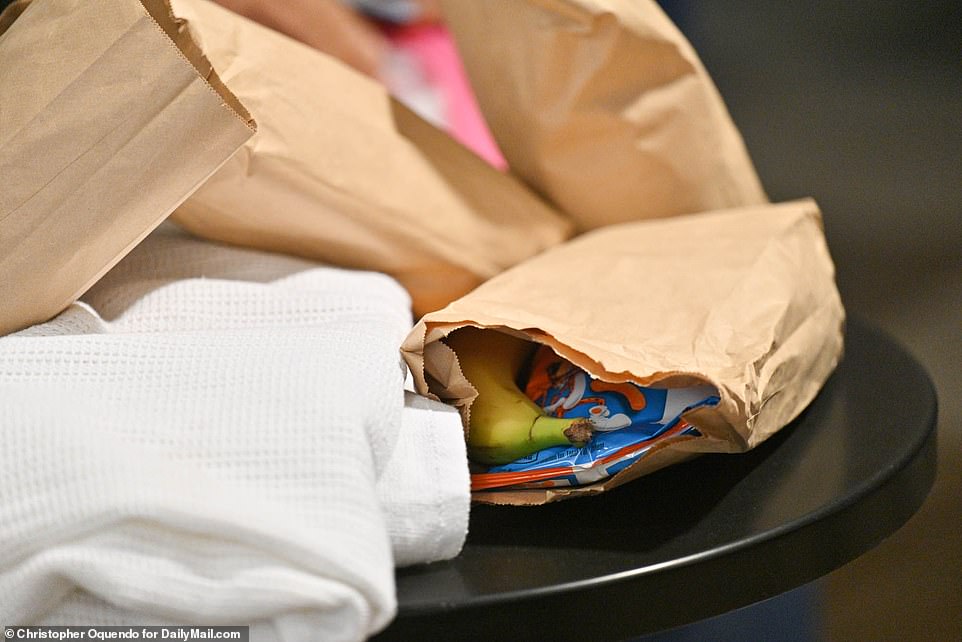 The buses started to leave Texas on April 8 after Abbott announced that Texas Division of Emergency Management (TDEM) officials would be taking the migrants released in Texan a communities to the capital.

Initially, The White House dismissed the bus journeys as a it as a ‘publicity stunt,’ with many assuming the governor would not follow through.

Abbott has continued to state that the bussing operation was set up as a result of Biden’s mishandling of the border crisis as to the scale of the problem.

Abbott says more than 1.6 million have crossed into the country over the Texas within the last 15 months.

DailyMail spoke to Micah Rodriquez, 26, a migrant that got off of the bus Saturday morning who traveled with his nephew to the US Capital, both who started their journey in Mallorca, Venezuela on January 17th.

He said that they were prompted to come to the US because the situation in Venezuela is very bad. One job is not enough to sustain a family, he said. ‘I have a young newborn baby girl and I have not met her and I do not know her. My nephew and I are the first ones in our family to come to the United States. I need to support my family, support my daughter and I need to sustain my family for all of us.’ 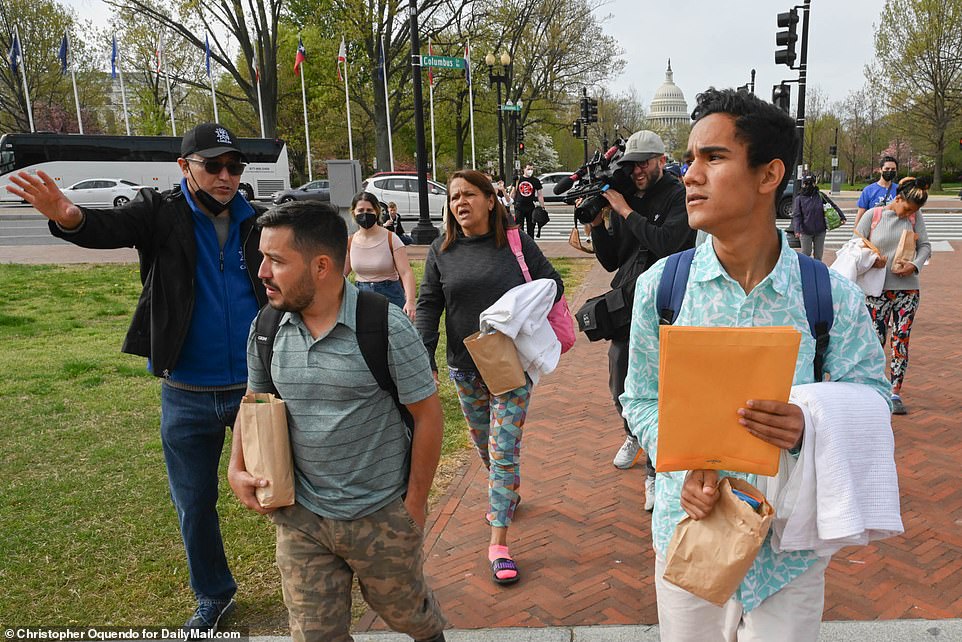 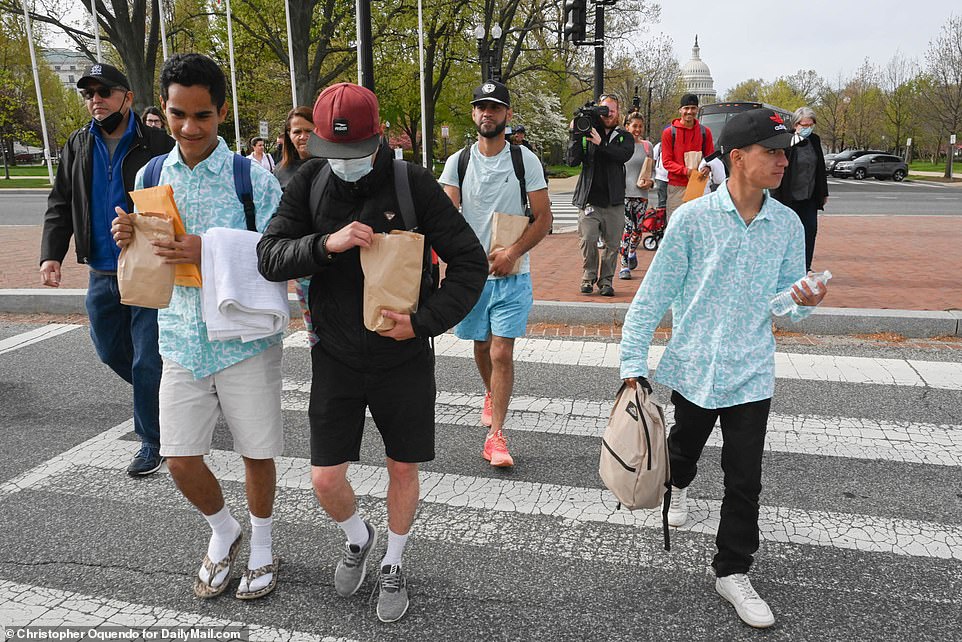 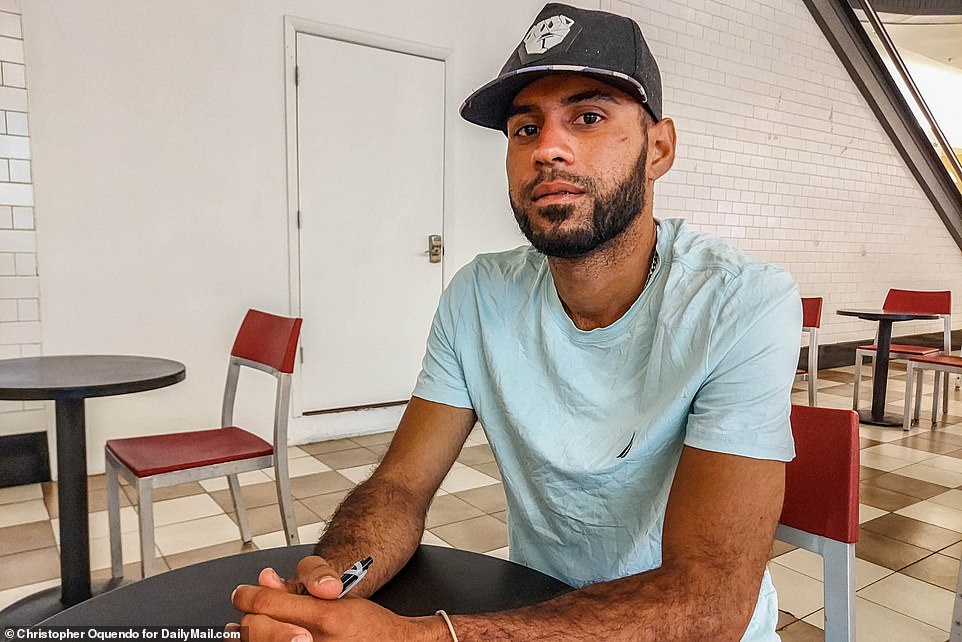 Micah Rodriquez, 26, from Venezuela spoke to DailyMail.com about his journey to Washington,DC. 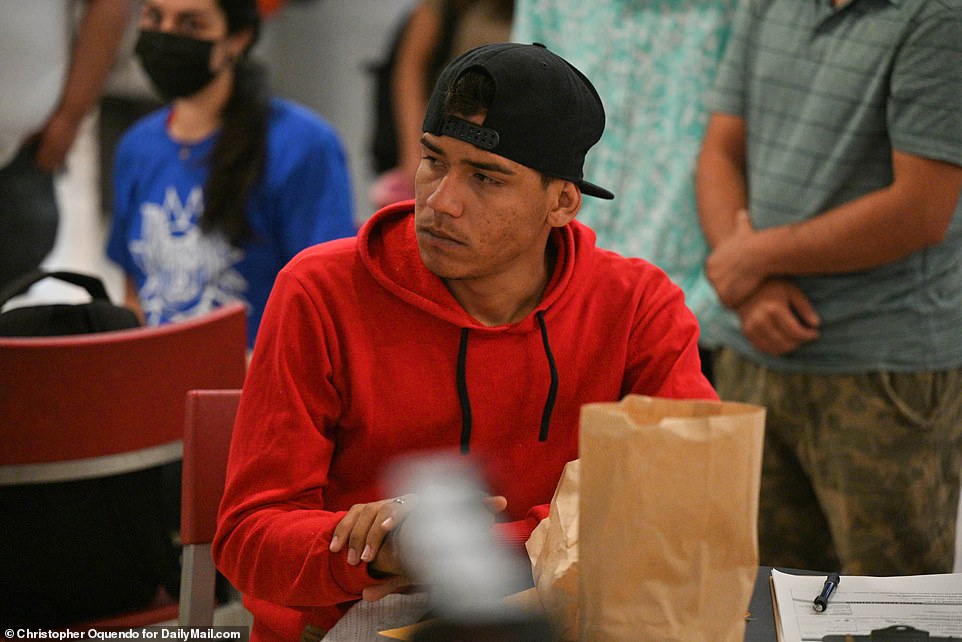 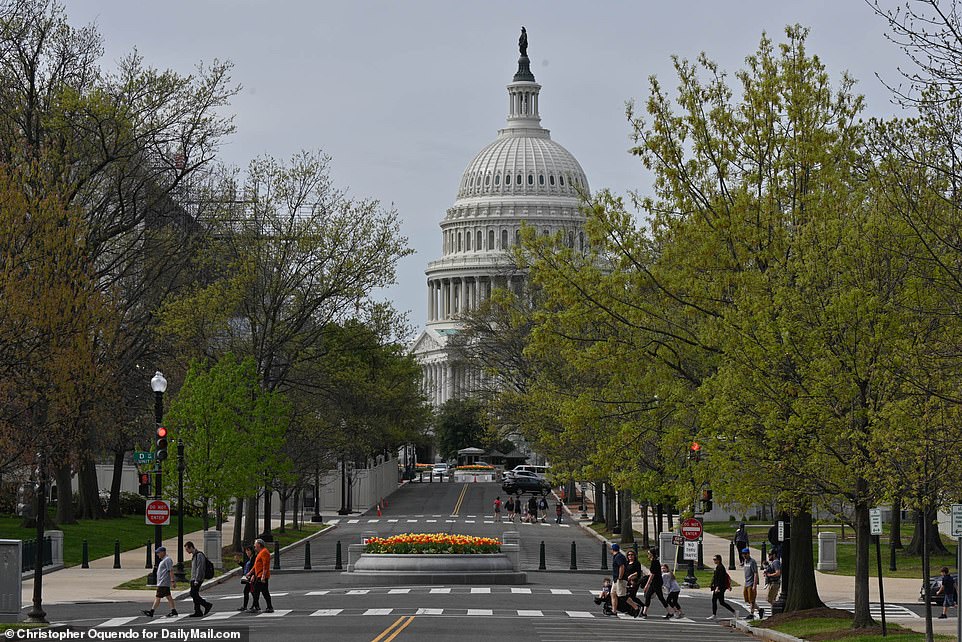 The U.S. Capitol is pictured on a beautiful spring day in Washington D.C.

He said that the United States government has given him a phone to keep track of him and every Friday he receives a notification and has to send back a photo of himself.

Although Abbott’s sending of migrants to D.C. has a stunt-like quality to it, illegals are often moved around the country, only with less publicity or even public acknowledgement.

Jen Psaki, the White House press secretary, said earlier in the week that the migrants  had been processed in Texas and were awaiting the results of their immigration procedures.

‘It’s nice the state of Texas is helping them get to their final destination, as they await their outcome of their immigration proceedings,’ Psaki said at her daily news briefing. 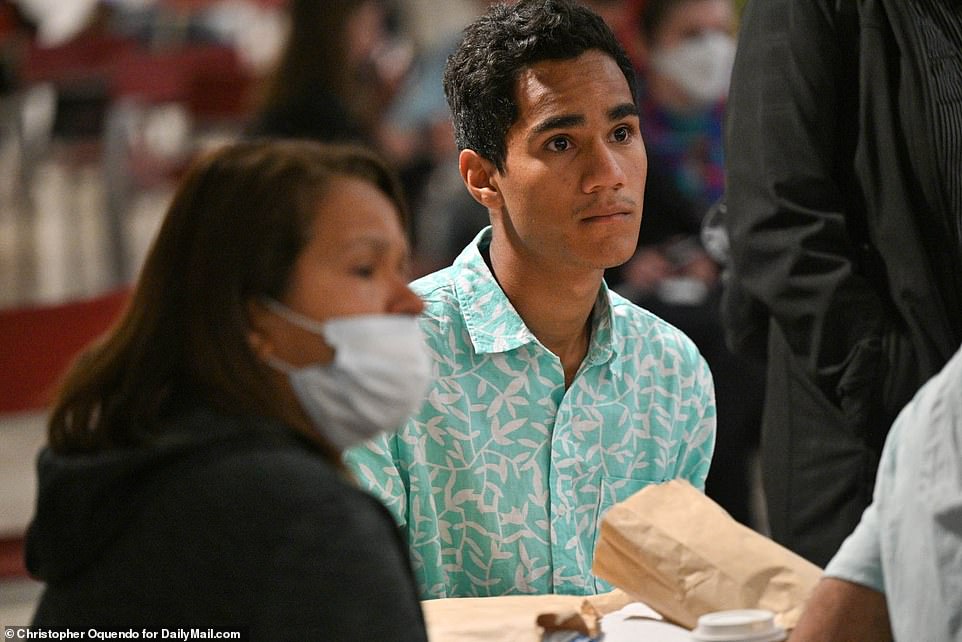 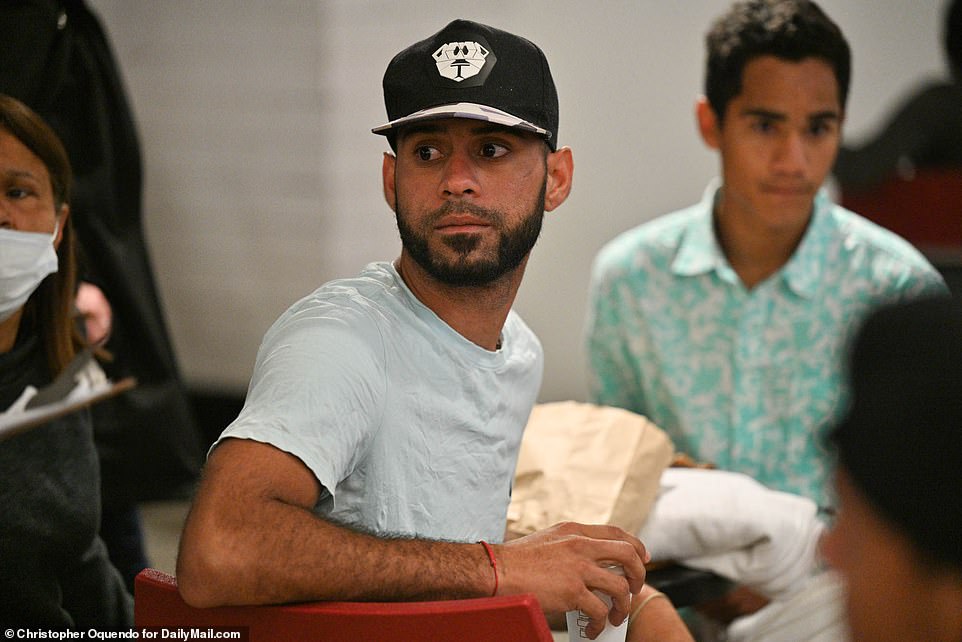 Some fear and trepidation can be seen on the faces of the migrants, but surely the hardest part of the journey is over? 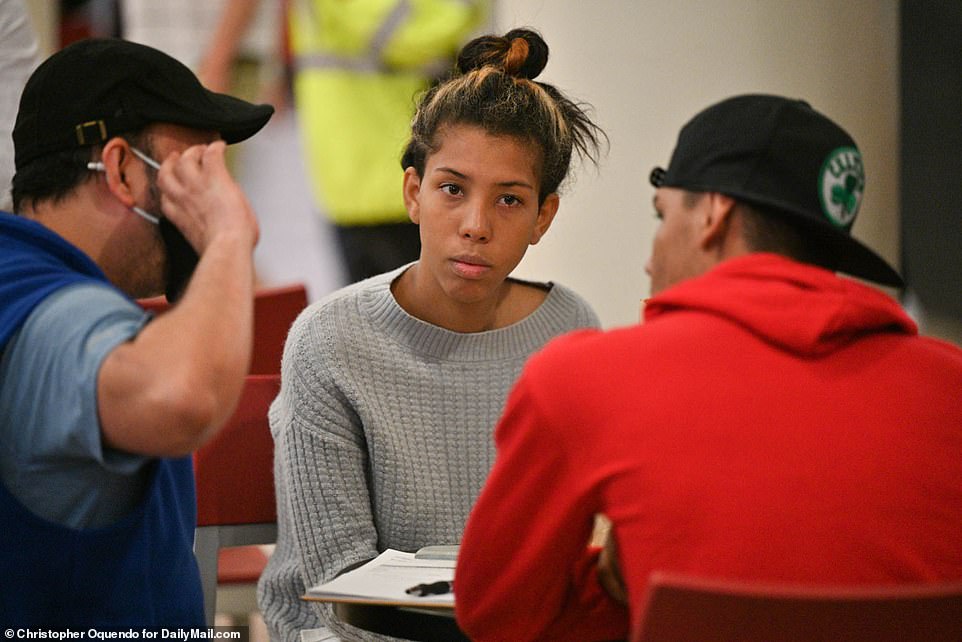 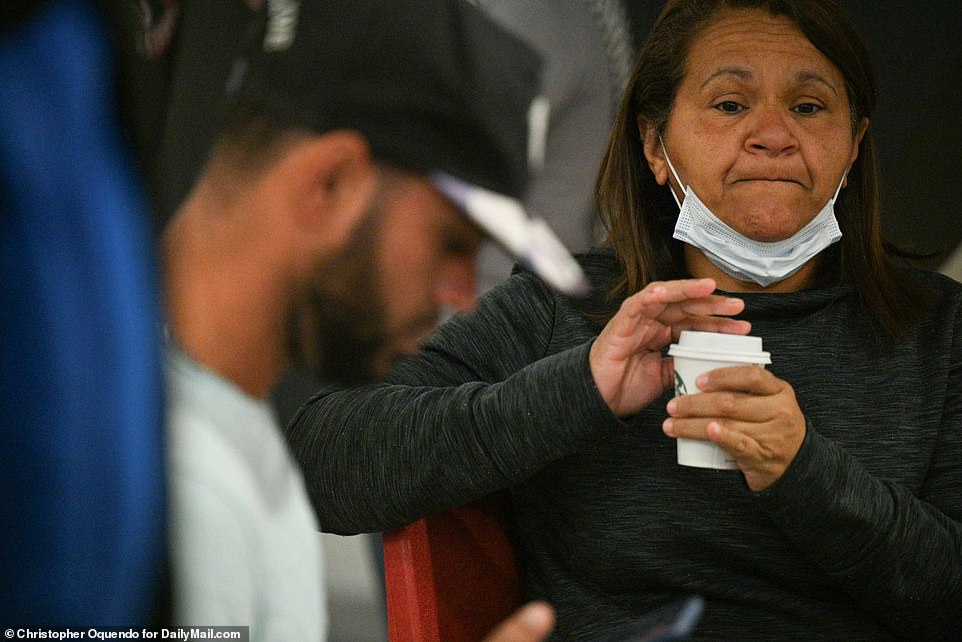 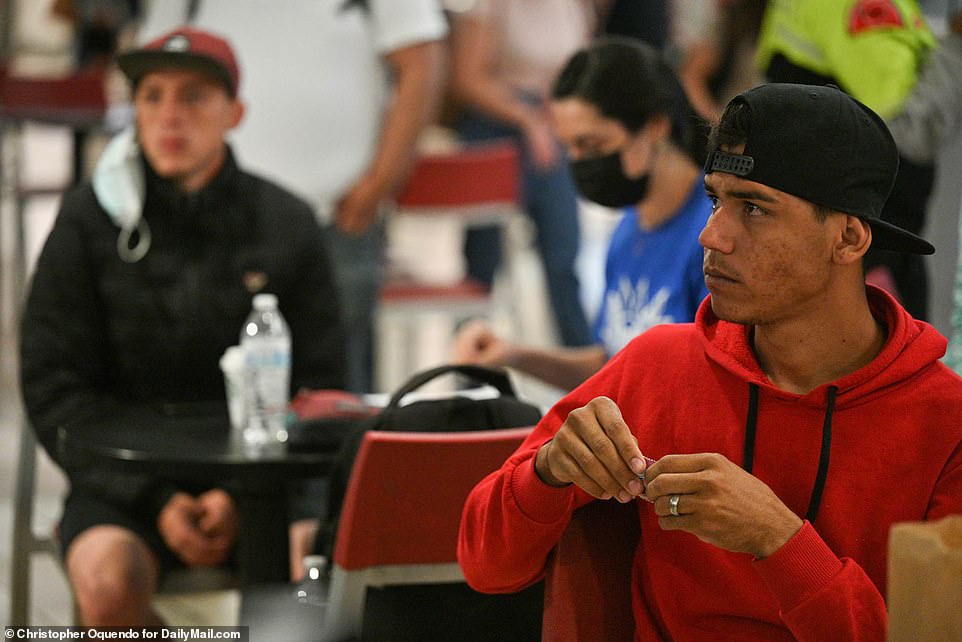 The migrants completed a 1,500 mile journey as they arrived in Washington D.C. They had travelled from Venezuela, Columbia, Costa Rica, Nicaragua and Mexico

He told Fox News: ‘When they come across the border, it’s not like they want to stay in the Rio Grande Valley. 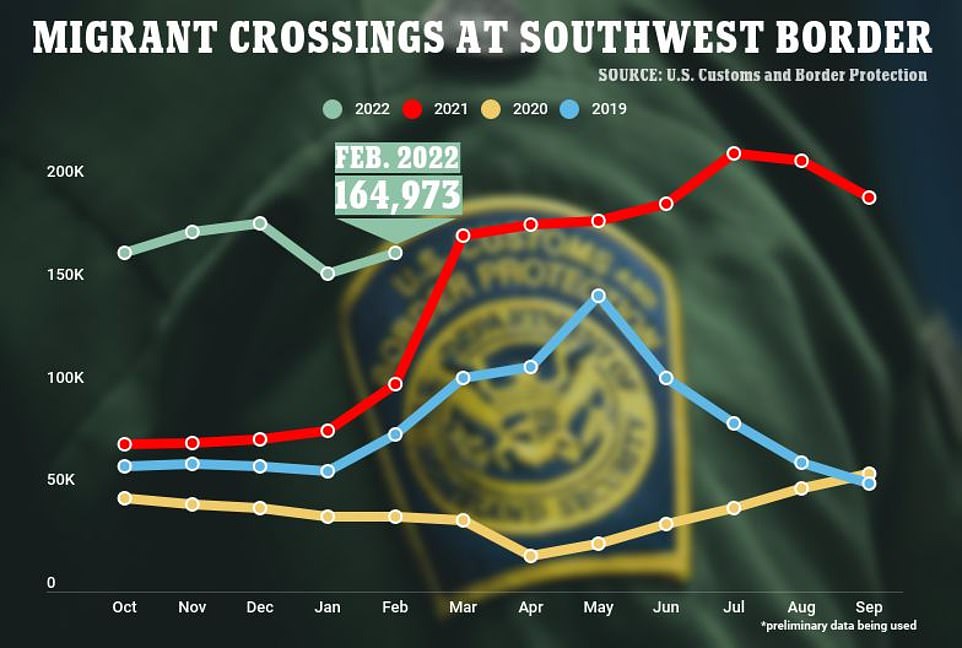 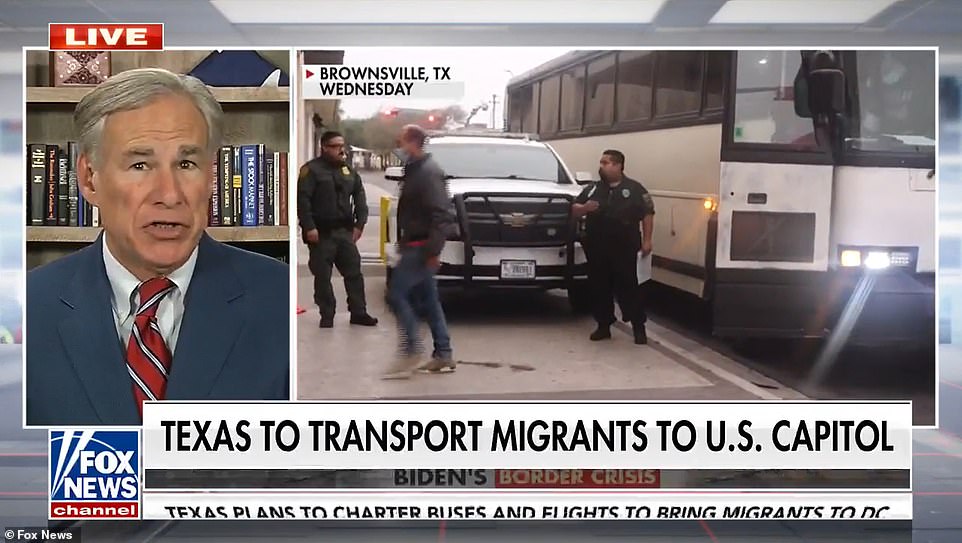 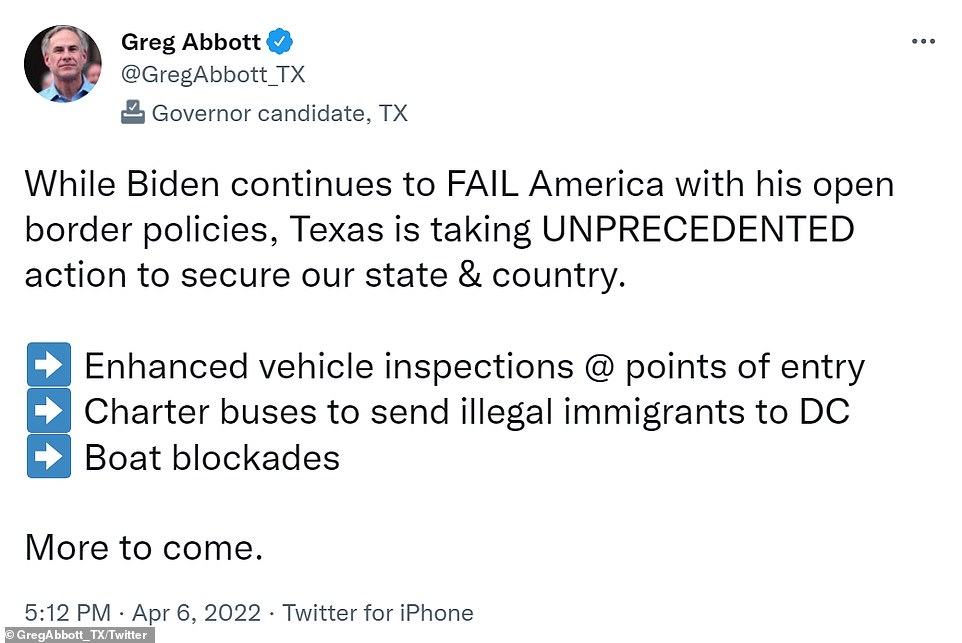 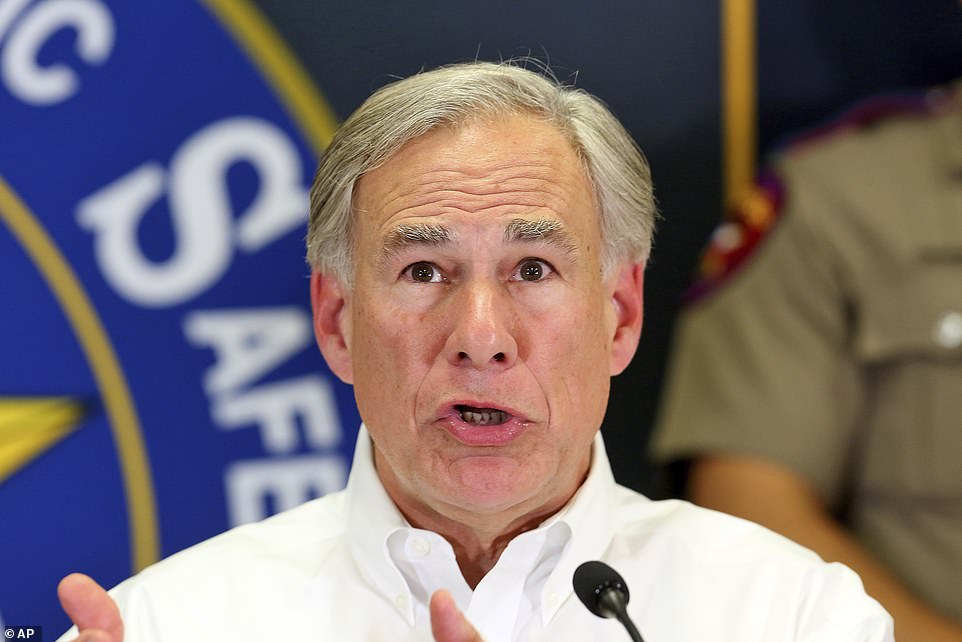 Texas Governor Greg Abbott, pictured earlier this month, gave about a week’s notice of his plan to bus illegal immigrants who cross into the Lone Star State straight to Washington DC

Joe Biden has refused to come to the border to see the chaos that he has created by his open border policies,’ he said.

Goldman Sachs and JPMorgan CEOs predict Fed will raise interest rates to 4.75% and...