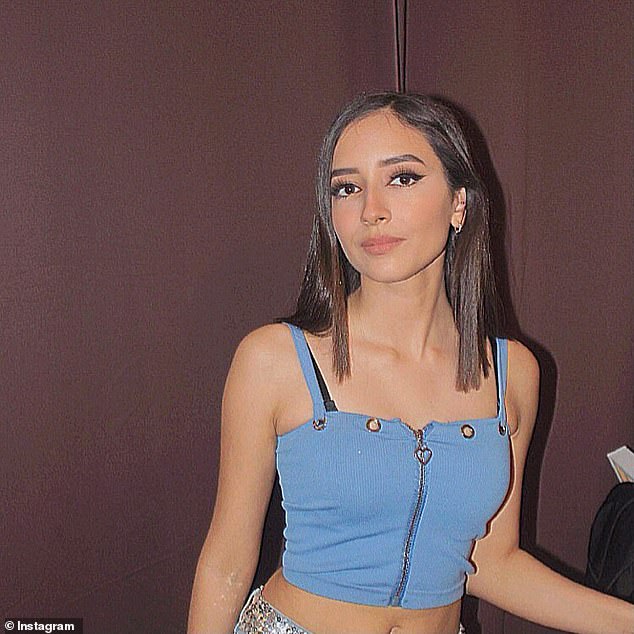 A second forensic report has revealed that Mexican teenager Debanhi Escobar was raped and murdered before her body was found in an underground water tank at a motel after a night of partying.

The 18-year-old girl was repeatedly hit in the head with an object and was already dead by the time her body was dumped inside the cistern at the Nueva Castilla Motel in Escobedo, Nuevo León according to the report obtained Thursday by El País newspaper.

Escobar met with two girlfriends, identified as Sarahī and Yvonne, for a night of partying on April 8 and was reported missing on April 9 after she failed to return home.

The law student’s body was discovered inside the water tank on April 21 but a forensic report by the Nuevo León Attorney General’s Office was vehemently rejected by her father Mario Escobar.

The report claimed Debanhi’s death was caused by a blow to the head, but that she was still alive when she fell into the cistern and that there was no traces of water in her lungs.

Believing his daughter was murdered, Mario Escobar announced April 25 that he would have her body exhumed and requested an independent study into the death and slammed the attorney general’s office for withholding details of the investigation.

Debanhi Escobar was repeatedly hit in the head with an object, raped and killed before her body was dumped inside the cistern at the Nueva Castilla Motel in Escobedo, Nuevo León according to a new independent autopsy conducted at the request of her family 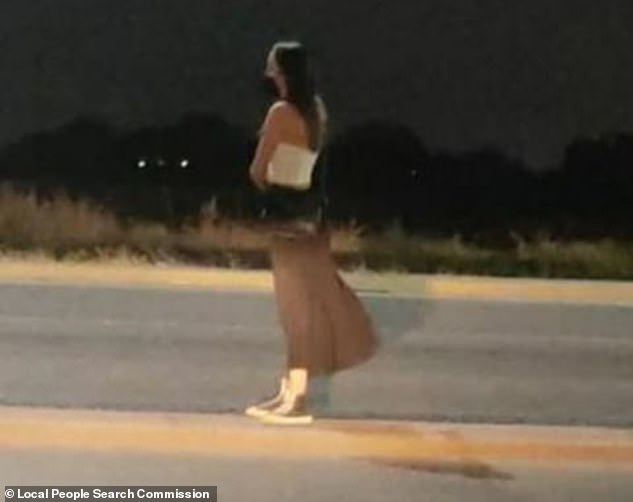 The 18-year-old was photographed by a rideshare app driver Juan David Cuellar in Nuevo León, Mexico, the morning of April 9 after she decided to get out of the car while she was being driven home after a night out

The forensic doctor’s new report found Debanhi had bruises on both sides of the skull, her two eyelids, both lips, on the left side of the nose and above her right ear.

‘The craniofacial contusions are of external origin to the body and because they are intense, repeated and with different angles of impact,’ the report indicated.

‘It infers that they were caused by another person and that it is a violent homicide.’

The forensic doctor’s findings disclosed that Escobar was also raped by her alleged attacker.

‘The body shows traces of a recent violent vaginal intercourse. This is deduced from having found purple bruises,’ the report showed.

The latest forensic report also rejected the Nuevo León state medical examiner’s assertions that Escobar was alive when she wound up inside the water tank.

‘She was already lifeless at the time of (ending up in) the water … where the body was found,’ the study showed.

Mexican President Andrés Manuel López Obrador met with Escobar’s parents Friday morning while visiting Nuevo León and said he ‘made a commitment to help clarify what happened and to ensure that there is no impunity.’

López Obrador also instructed the Nuevo León Attorney General’s Office to meet with the family later during the day and provide them details of the ongoing investigation. 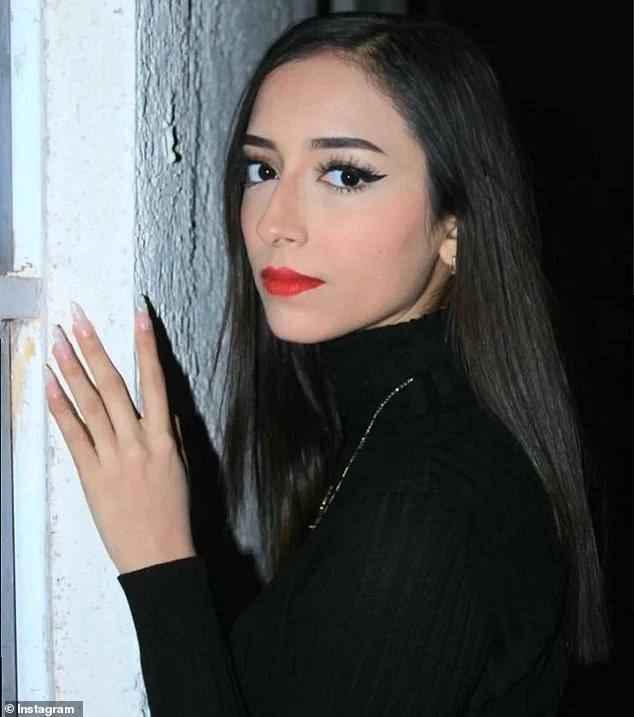 Debanhi Escobar is said to have gotten into an argument with her two girl friends during a night of partying April 8 in Nuevo León, Mexico 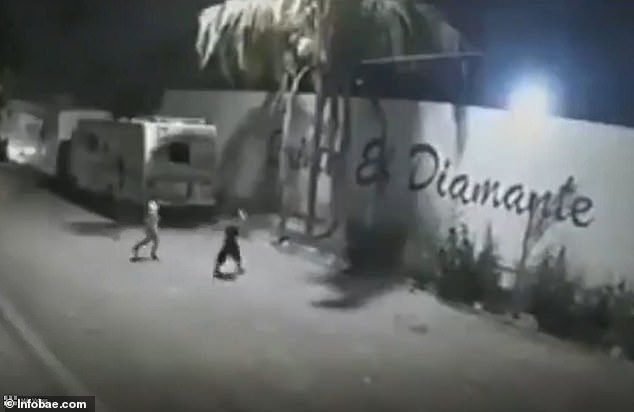 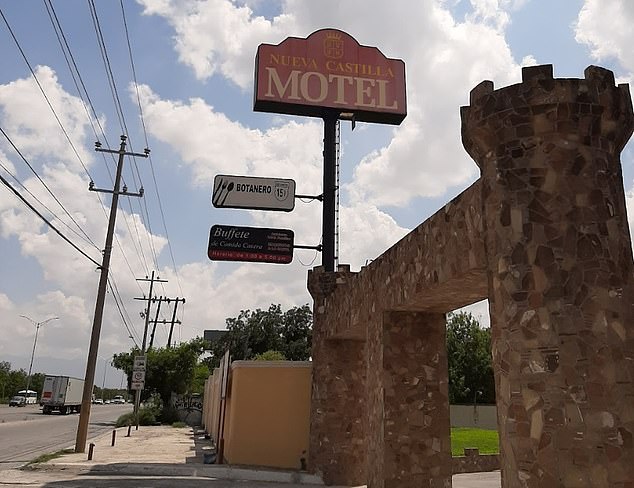 Escobar’s body was found in a water tank next to the Nueva Castilla Motel in Nuevo León, Mexico on April 21

Escobar’s case has drawn international headlines because of a haunting photo snapped by Juan David Cuellar, a rideshare app driver, that showed the law student standing on the side of a road, several blocks away from the motel.

Cuellar had picked up the teen and her two friends on April 8 and dropped them off at a party. Several hours later, he was contacted by one of the girls via WhatsApp and was asked if he could pick up Escobar and drive her home.

Escobar could be seen on surveillance video entering the vehicle through the rear passenger door on the left side.

As they drove off, she told him that the girls were bad friends because they had left her behind. 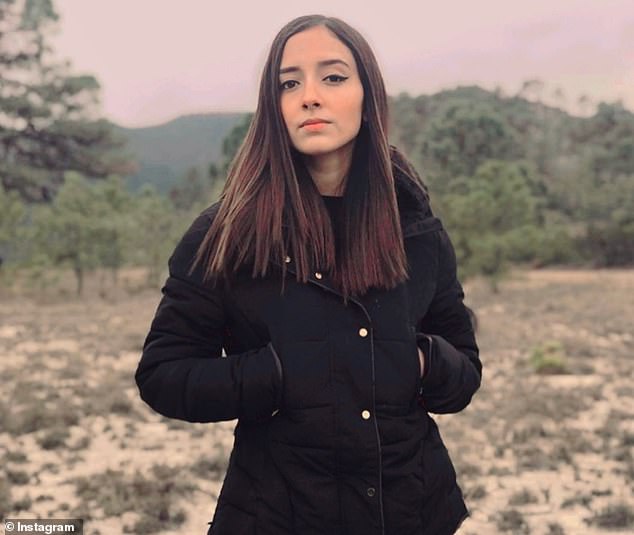 Debanhi Escobar was an 18-year-old law student before she was raped and murdered in Escobedo, Nuevo León while returning from a party 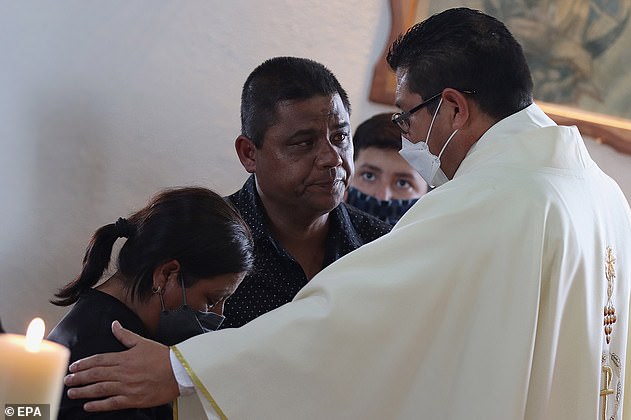 Escobar’s parents Dolores Bazaldua (left) and Mario Escobar (right), are consoled by a priest during a mass on April 23 before their 18-year-old daughter was laid to rest in Galeana, Mexico 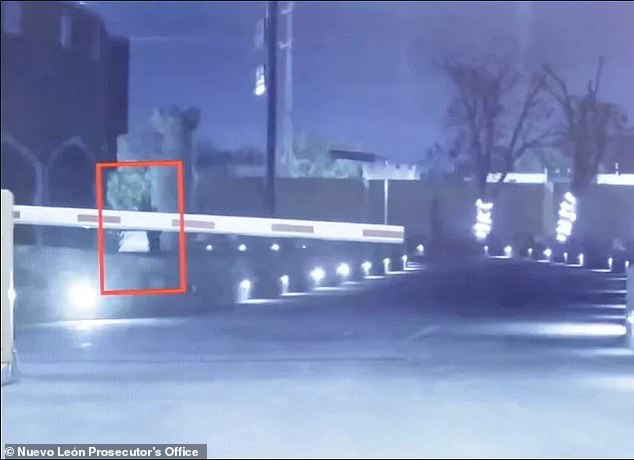 Cuellar recalled that Escobar was crying and he tried to get her home address, but she refused to provide it.

He then sent a message to one of the girls, requesting directions to Escobar’s home, but she too declined to provide it because she did not know it.

She then asked for a cellphone charging cable and stepped out from the rear passenger seat and sat in the front.

Cuellar said Escobar was making incoherent comments but he once again asked for her address.

She asked Cuellar to drop her off at another party, but when they got to that location, she didn’t get out.

Escobar then told Cuellar to drive her home but then asked him to stop and exited the vehicle.

‘I turn to see her and I think she’s going to vomit. I pull up, she unlocks (the door) and she gets out. She gets off on the side of the road … I stayed there for a minute, then I see that she jumps onto the median,’ Cuellar said.

Cuellar took a photo of Escobar and sent it to one of her friend’s as proof that she was no longer in his car.

‘I stood parked for about three minutes, to see if she would think twice (about staying there), but seeing no reaction from her, I leave,’ he said. 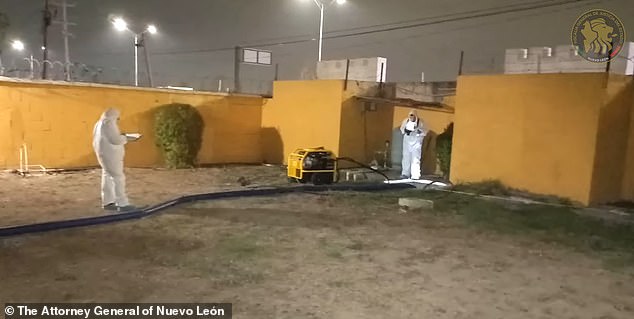 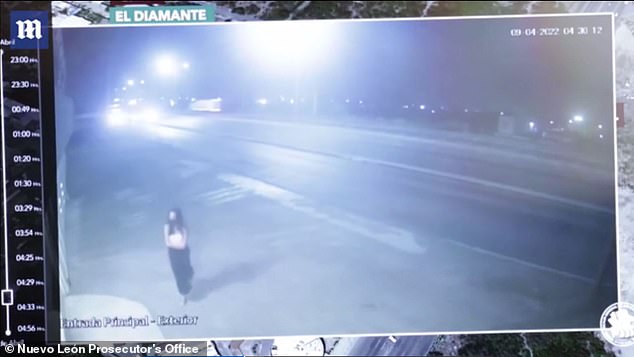 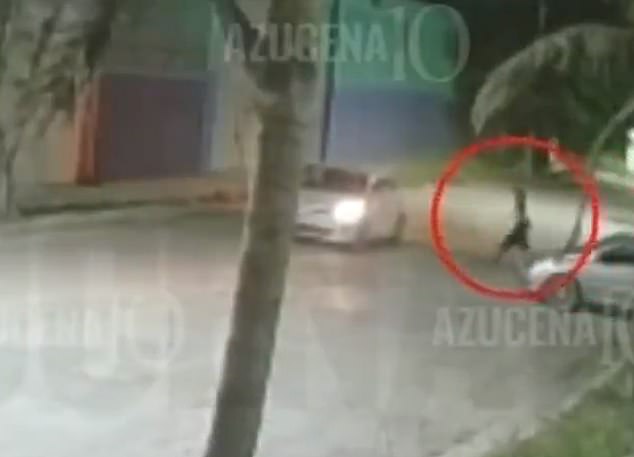 Prior to getting in Cuellar’s car, additional security camera footage showed Escobar arguing and being chased by a male individual who appears to hit her before she slapped and kicked him.

Her two girlfriends and several young men then rushed over to intervene.

A second camera showed Escobar wandering on a road before returning to the sidewalk and stopping near a trucking company before she continued to walk towards the motel.

Several cameras there recorded her running into the property and walking along the side of a motel restaurant, where she stopped and looked through one of its glass doors before she disappeared from the camera’s view.

Emily Ratajkowski sets Instagram on fire with skimpy bikini pics as she models her...