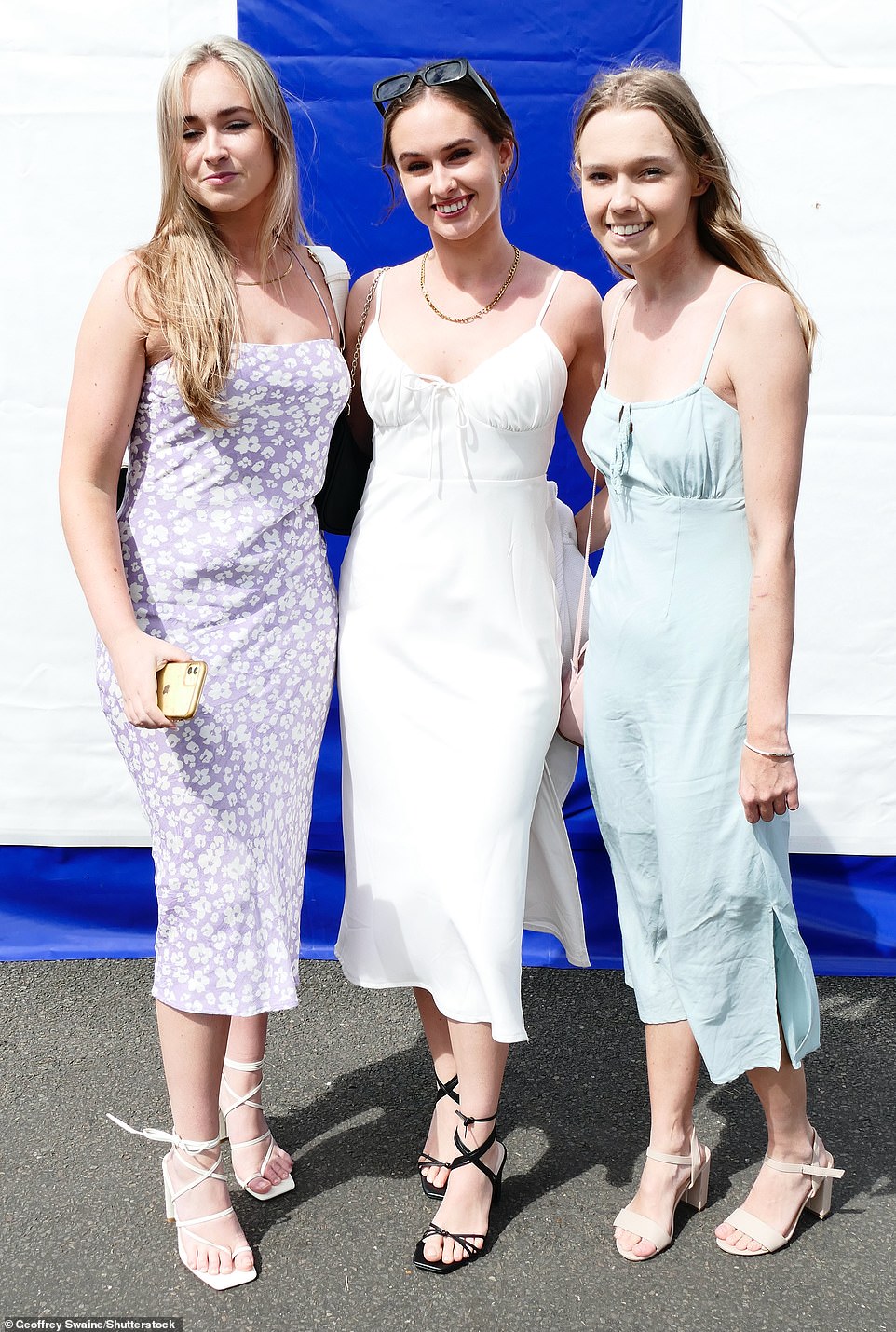 Rowing fans donned skimpy slip dresses and trendy form-fitting jumpsuits as they attended the second day of the Henley Royal Regatta in Oxfordshire this morning.

Many of the ladies arriving on the Oxfordshire town’s riverbanks this morning in the sunshine donned their finery for the event, wearing trendy floor length dresses and over-the-top fascinators as they prepared for the high society day out.

However others opted for a more daring ensemble, with many wearing figure-hugging slip dresses and skirts with thigh-skimming hemlines.

Last year, it was revealed women would be allowed to wear trousers to the Henley Royal Regatta for the first time since it was established in 1839.

The long-standing sartorial rules – which asked for over-the-knee skirts and no trousers, and a blazer or smart jacket – crumbled under pressure from campaigners who branded the former dress code ‘symbolic of an era when women couldn’t compete and were just there to look pretty.’ 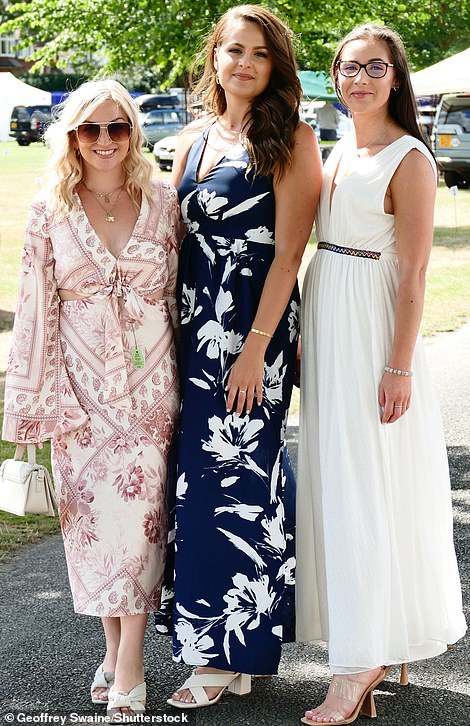 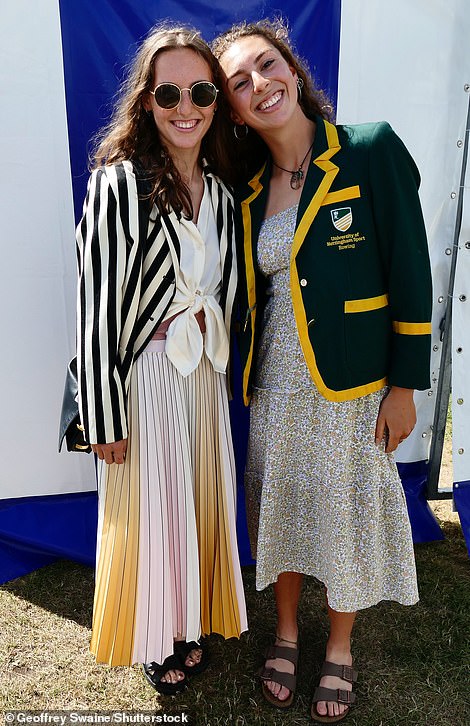 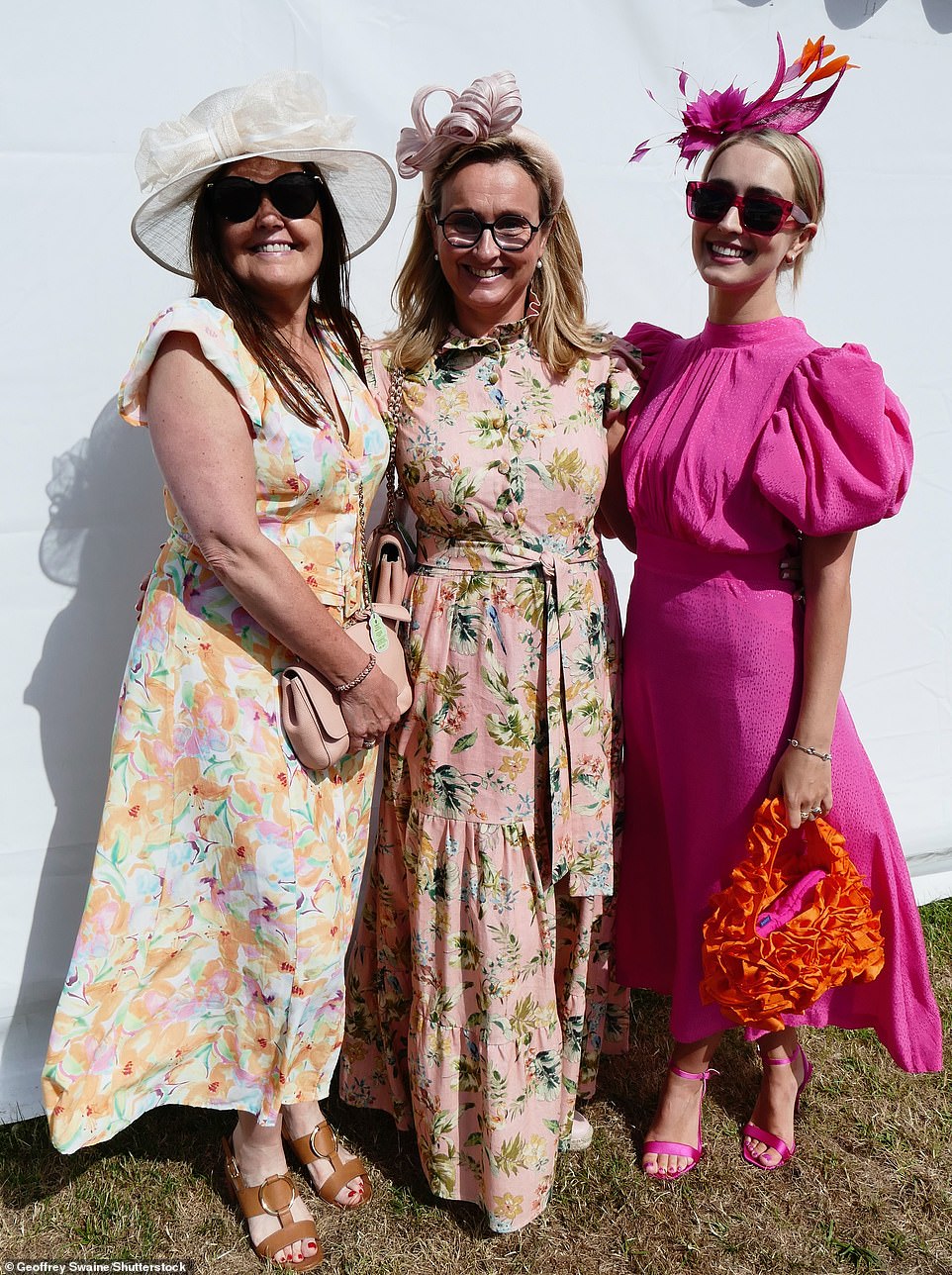 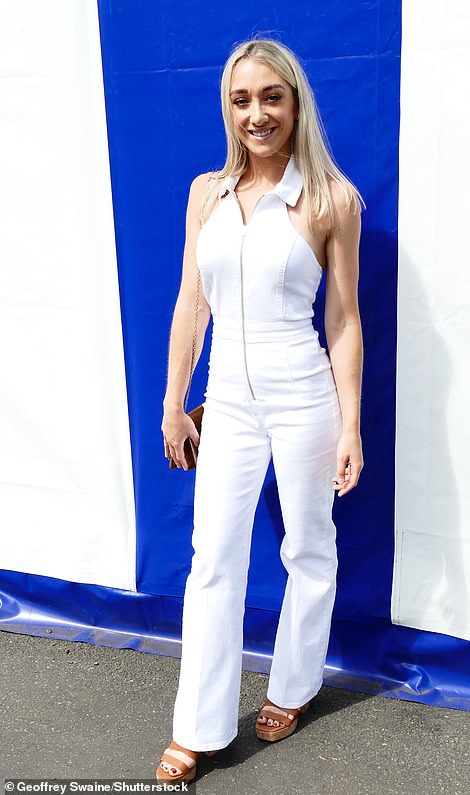 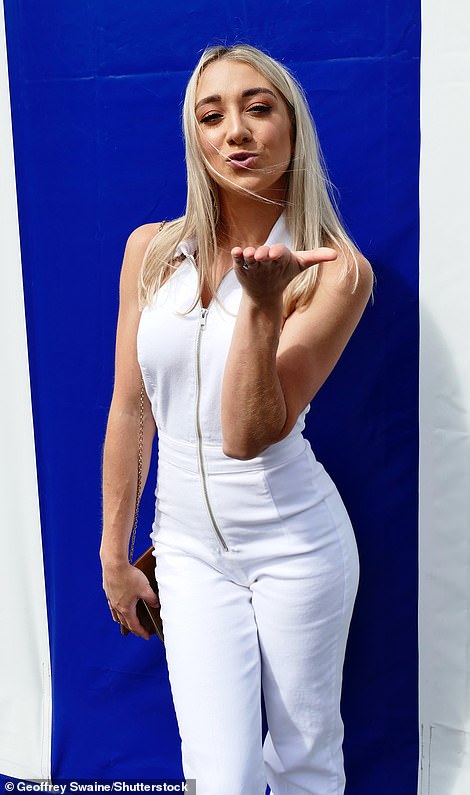 Meanwhile another rowing fan opted for a body-skimming white jumpsuit for the big day out (left), and playfully blew a kiss to the camera (right) 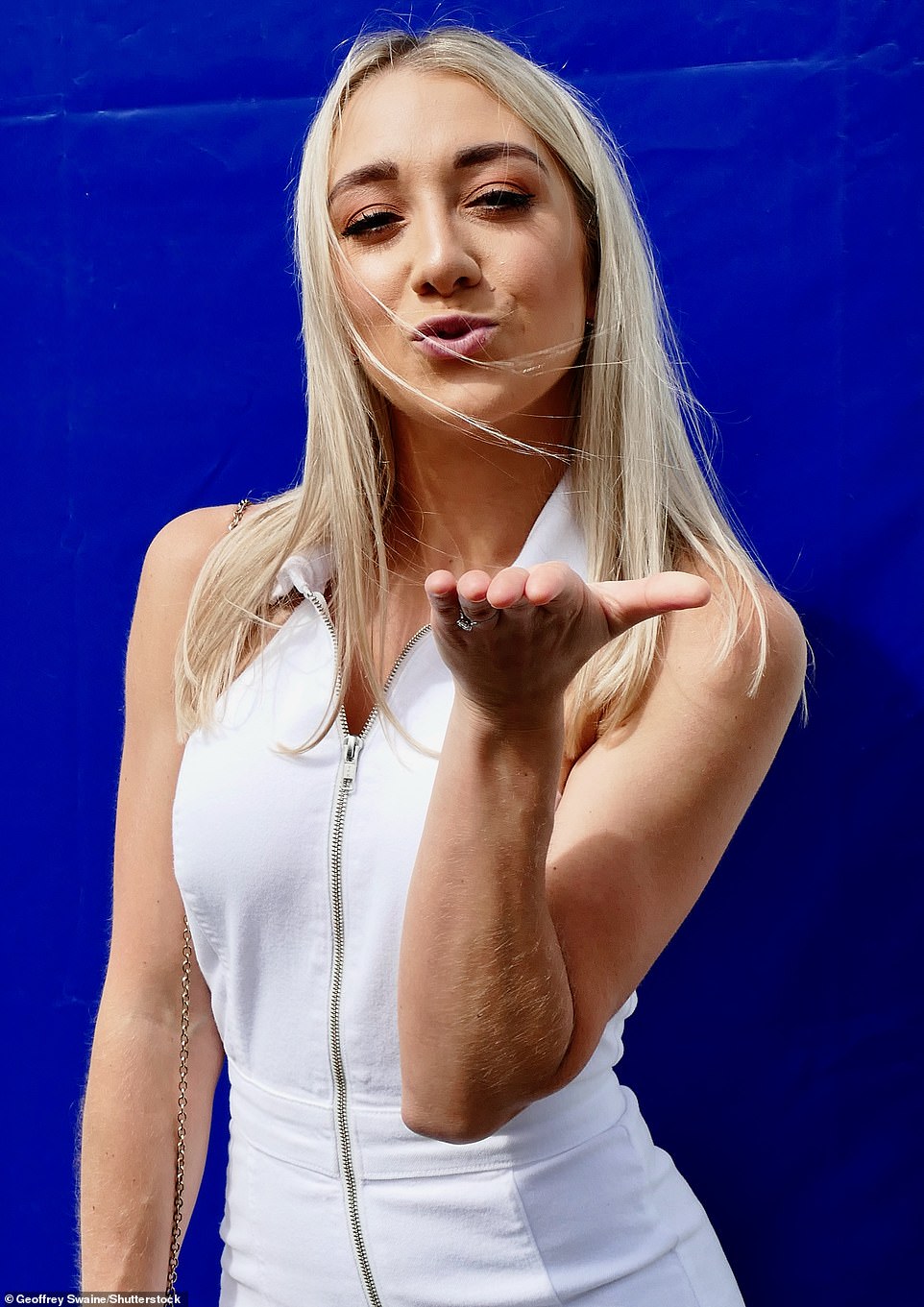 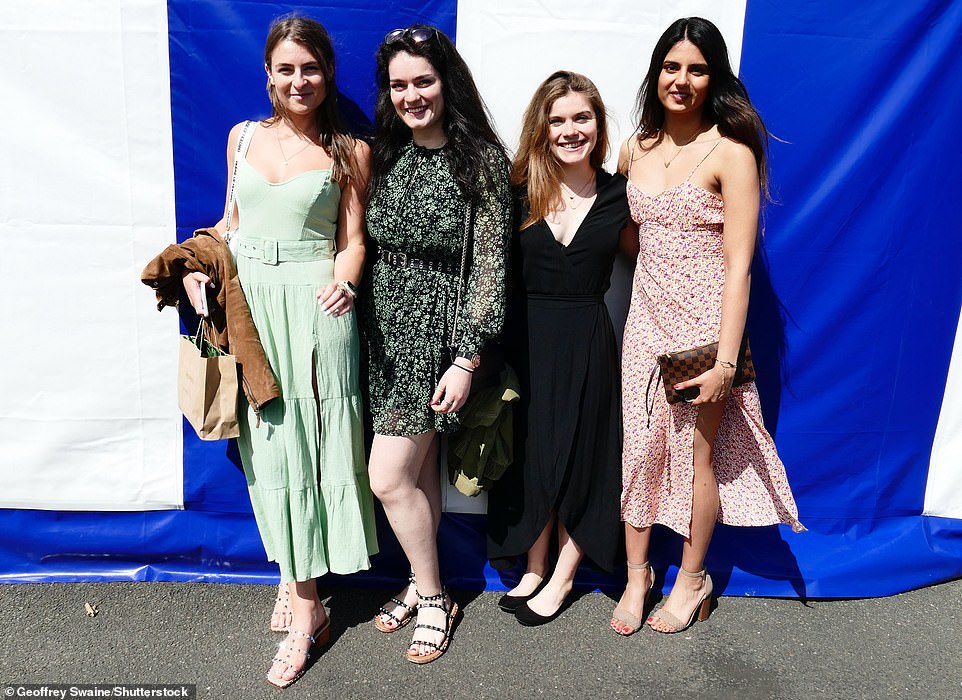 Ladies were seen arriving in pretty pastel dresses as they kicked off the second day of rowing in Henley-on-Thames, Oxfordshire

Ladies were seen arriving in pretty pastel dresses while gentlemen donned traditional blazers and straw hats as they kicked off the second day of rowing in Henley-on-Thames, Oxfordshire.

The excited spectators could be seen lining the banks of the River Thames in the warm sunshine to watch the competition.

The regatta will see national clubs from up and down the country vying for glory on the emerald Thames in races scheduled until Sunday.

The popular sporting event, which was established in 1839, comes hand-in-hand with day of picnics and drinking. 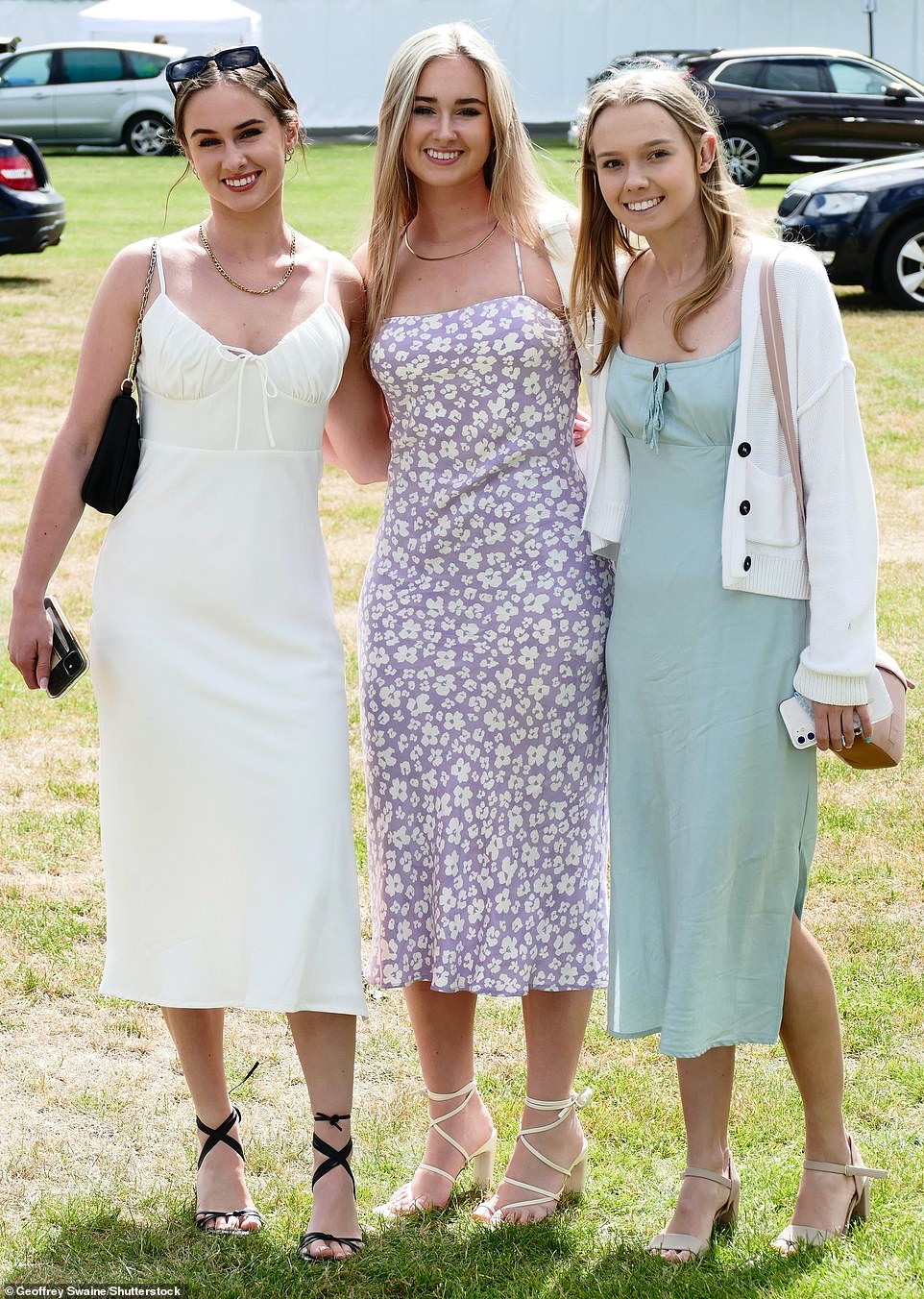 Many of those attended opted for pastel coloured slip dresses, which they paired with block heels to make walking across the grassy banks easier 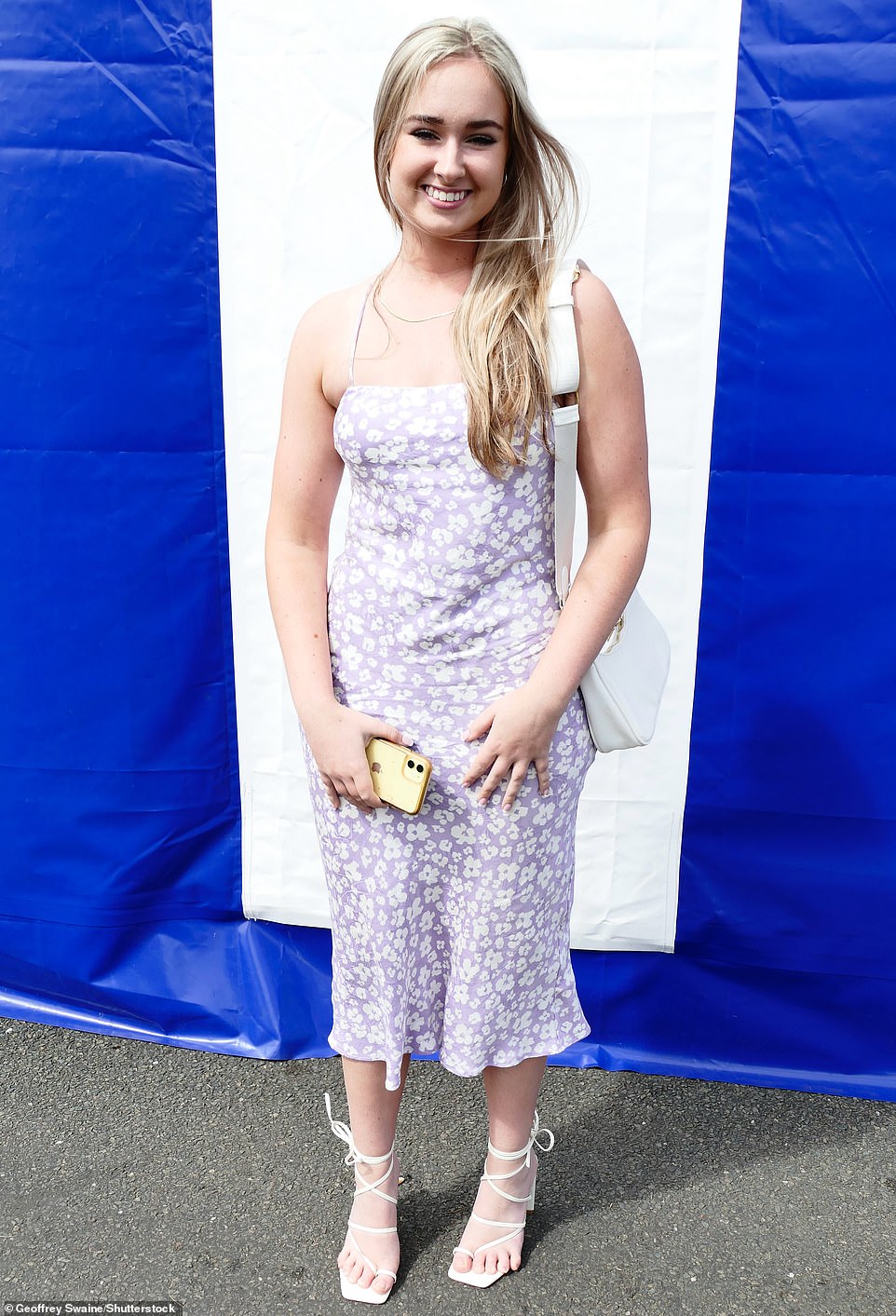 One woman was beaming as she posed for a snap ahead of the races today, wearing a pastel lilac slip dress with a pair of white lace up heels 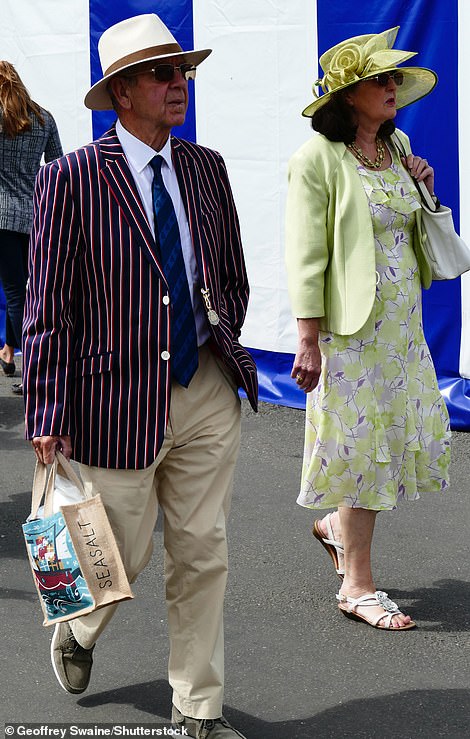 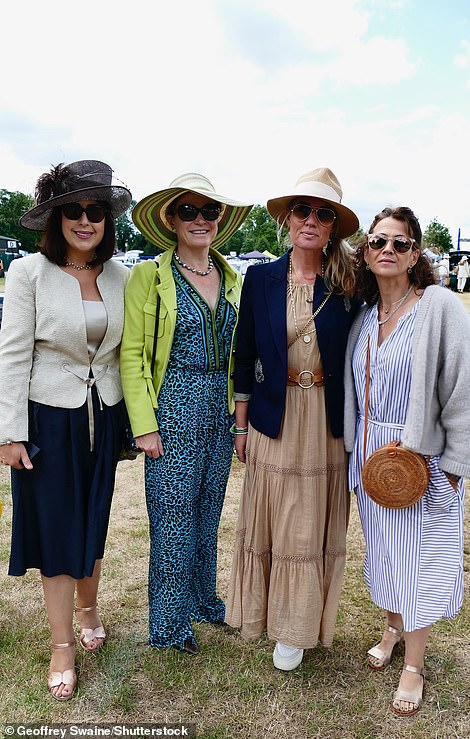 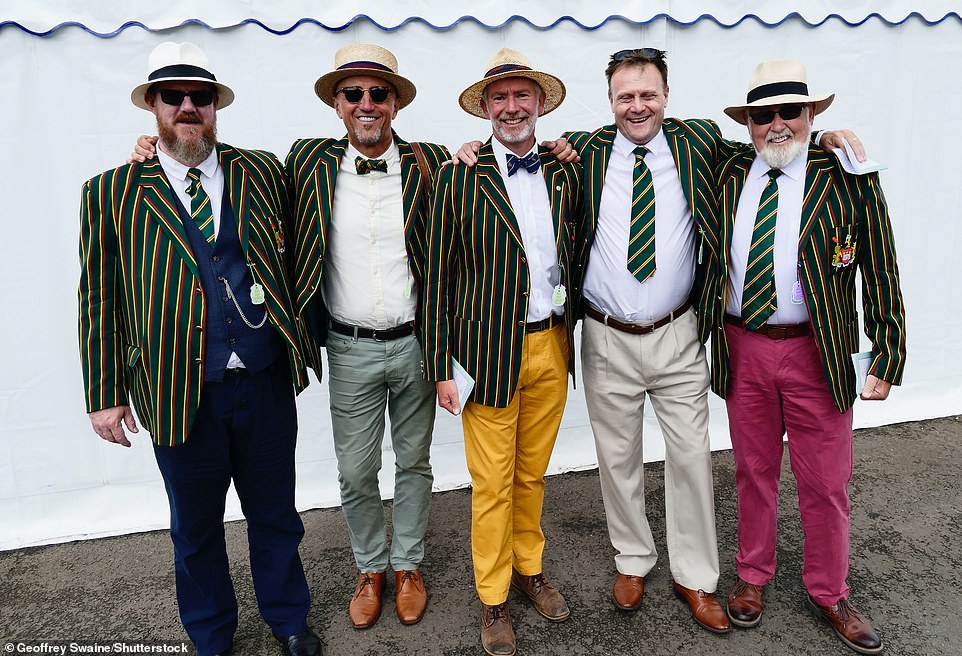 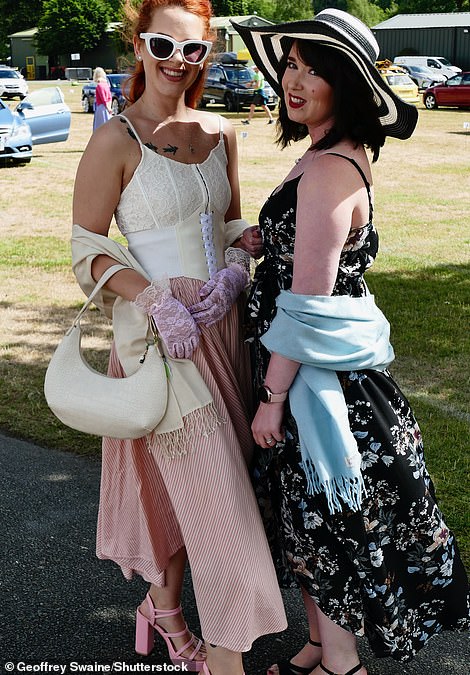 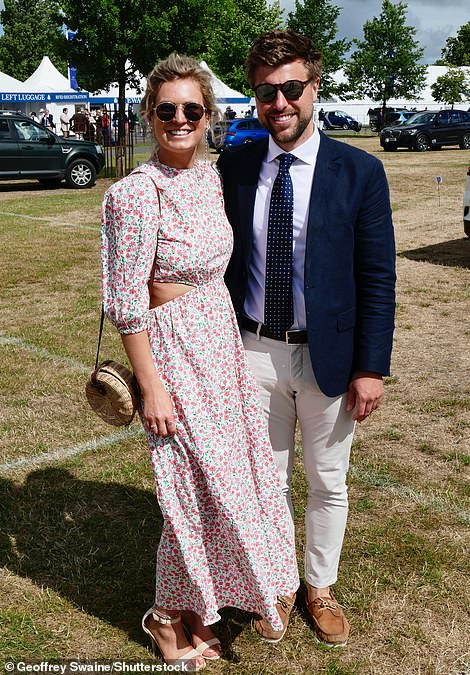 Many of the ladies arriving on the Oxfordshire town’s riverbanks this morning in the sunshine donned their finery for the event, wearing trendy floor length dresses and over-the-top fascinators as they prepared for the high society day out (left and right) 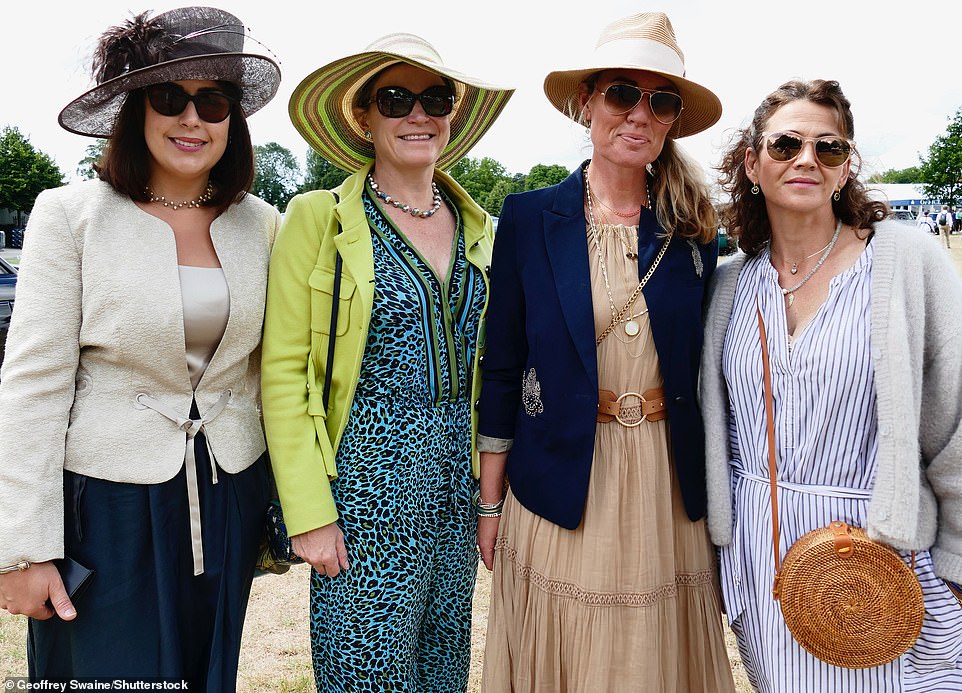 A day out for the ladies! One group of women opted to coordinate with blue tones and straw accessories for the races in Oxfordshire today

The Henley Royal Regatta attracts thousands of visitors over the course of the five-day event.

Teams compete in over 300 races of an international standard on the Thames, which can include Olympic rowers as well as crews new to the event.

It was first staged in 1839 and has been held annually every year since, except during the two World Wars and 2020 due to Covid-19.

Competitors from far flung corners of the globe will be competing at the regatta, with rowers from New Zealand, Australia and the USA all competing for silverware and glory on the river.

The procession of boats streaming down the mile long course on the Thames will be constant throughout the day. 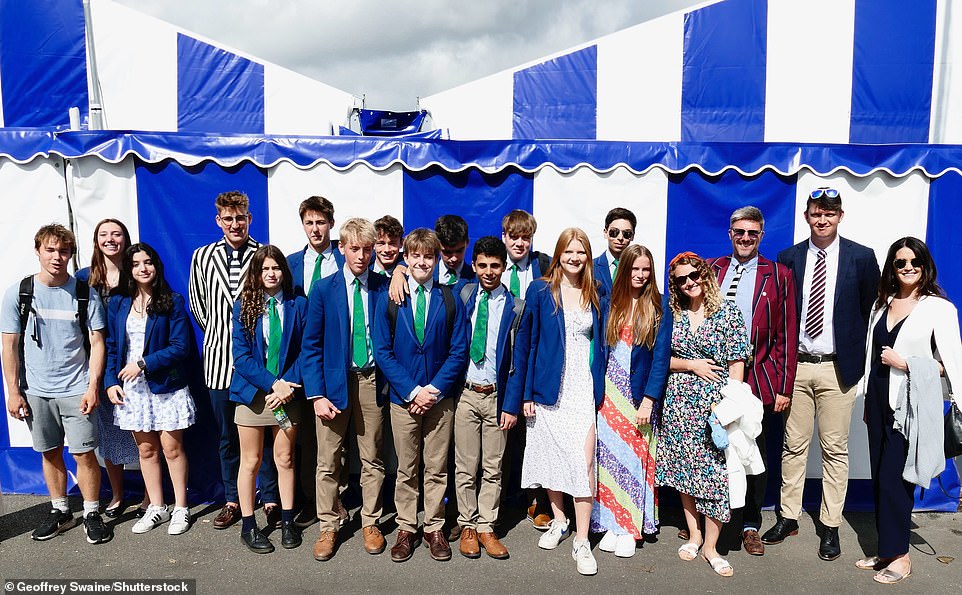 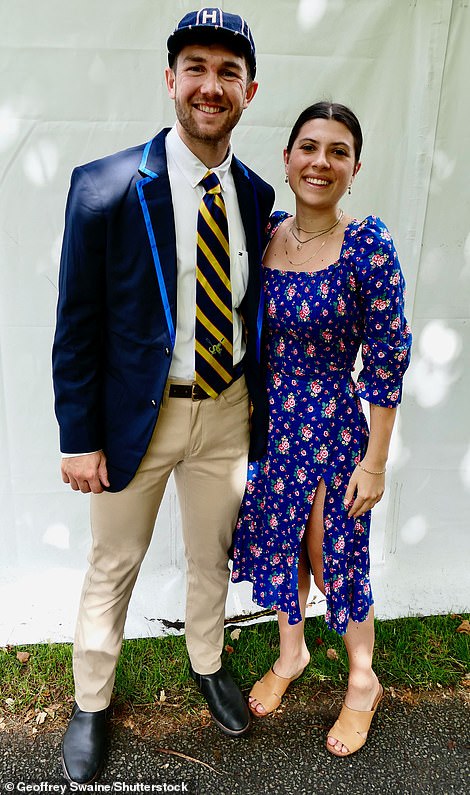 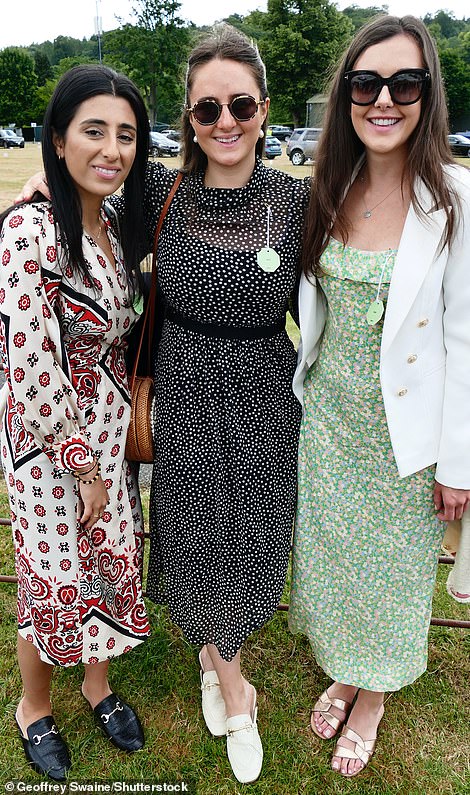 Despite the dress code at the event relaxing last year, many still opted to wear elegant dresses which fell beneath the knee for the occasion (left and right) 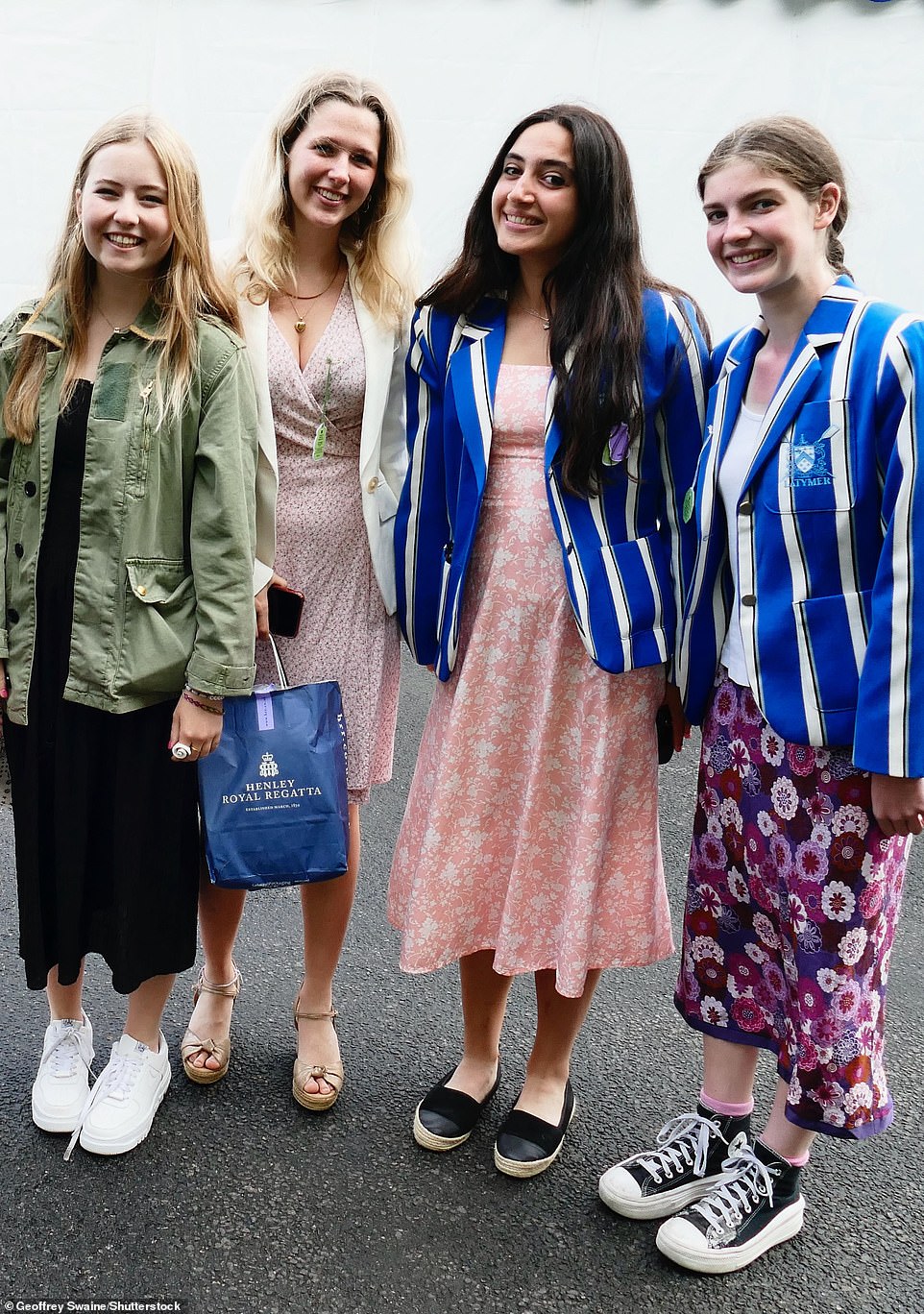 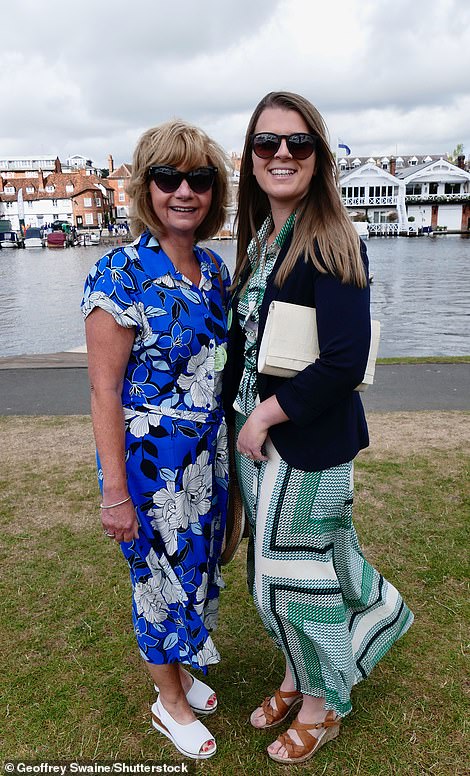 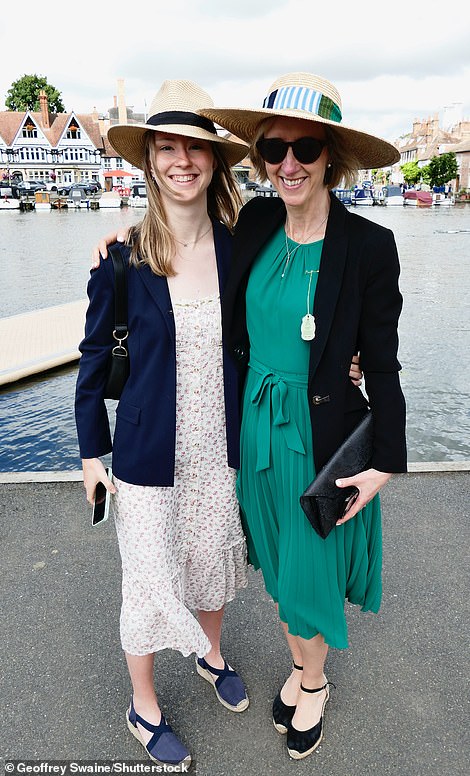 Many appeared hopeful about the good weather coming out on the banks of the river, and donned sun hats and sunglasses for the big day out

The dress code was updated for the first time last year to permit women to wear trousers with a blazer or jacket.

Previously women were required to wear a dress or skirt with a hemline below the knee. Men must wear a lounge suit, or trousers with a jacket or blazer.

Regatta chairman Sir Steve Redgrave announced the historic update to the dress code last year, saying ‘times have changed’ and it is the ‘right time’ to shake up the rules.

He said: ‘We have been asked for a number of years if we could look at the ladies’ dress code because times have changed. 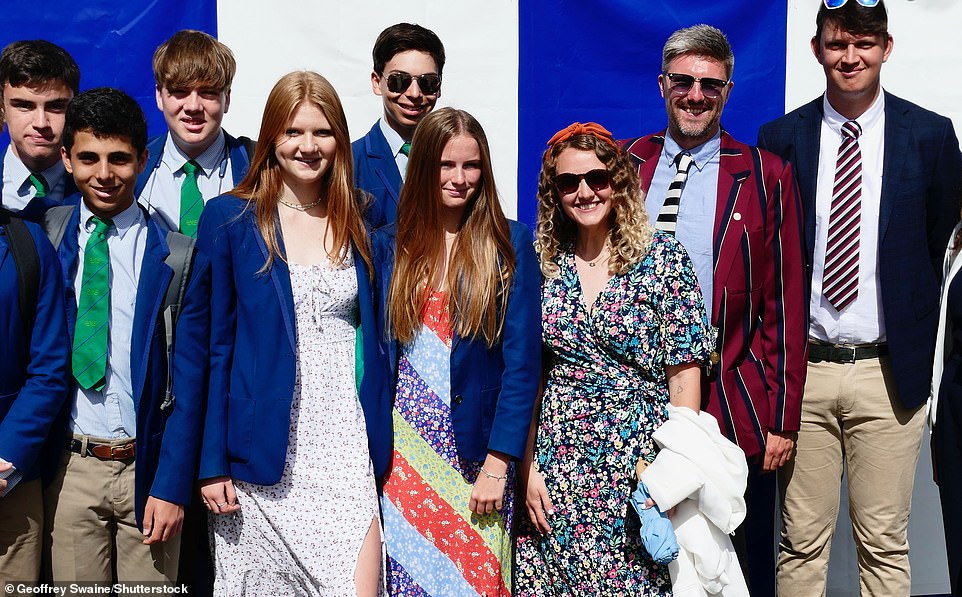 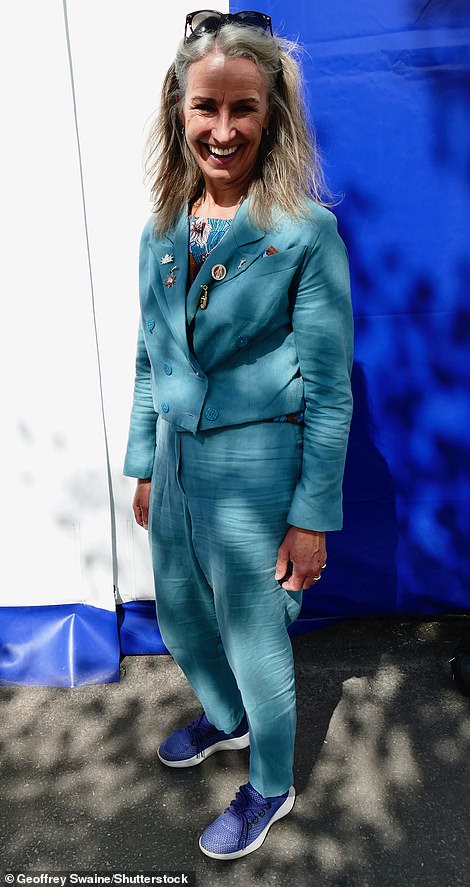 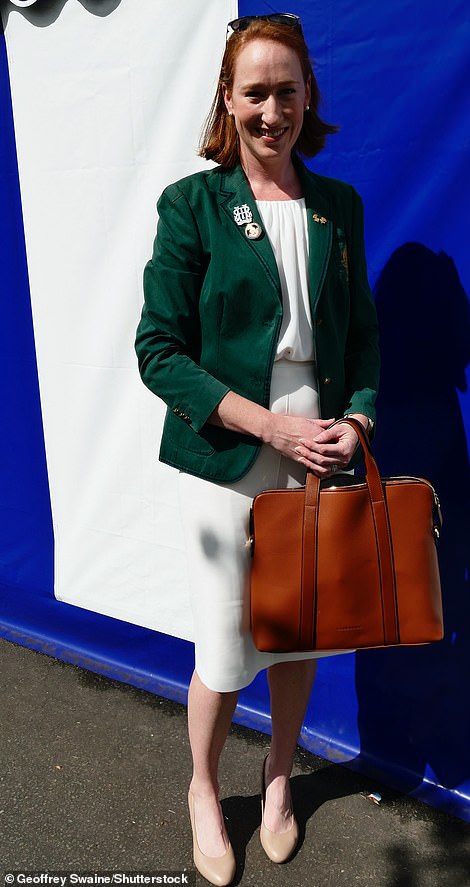 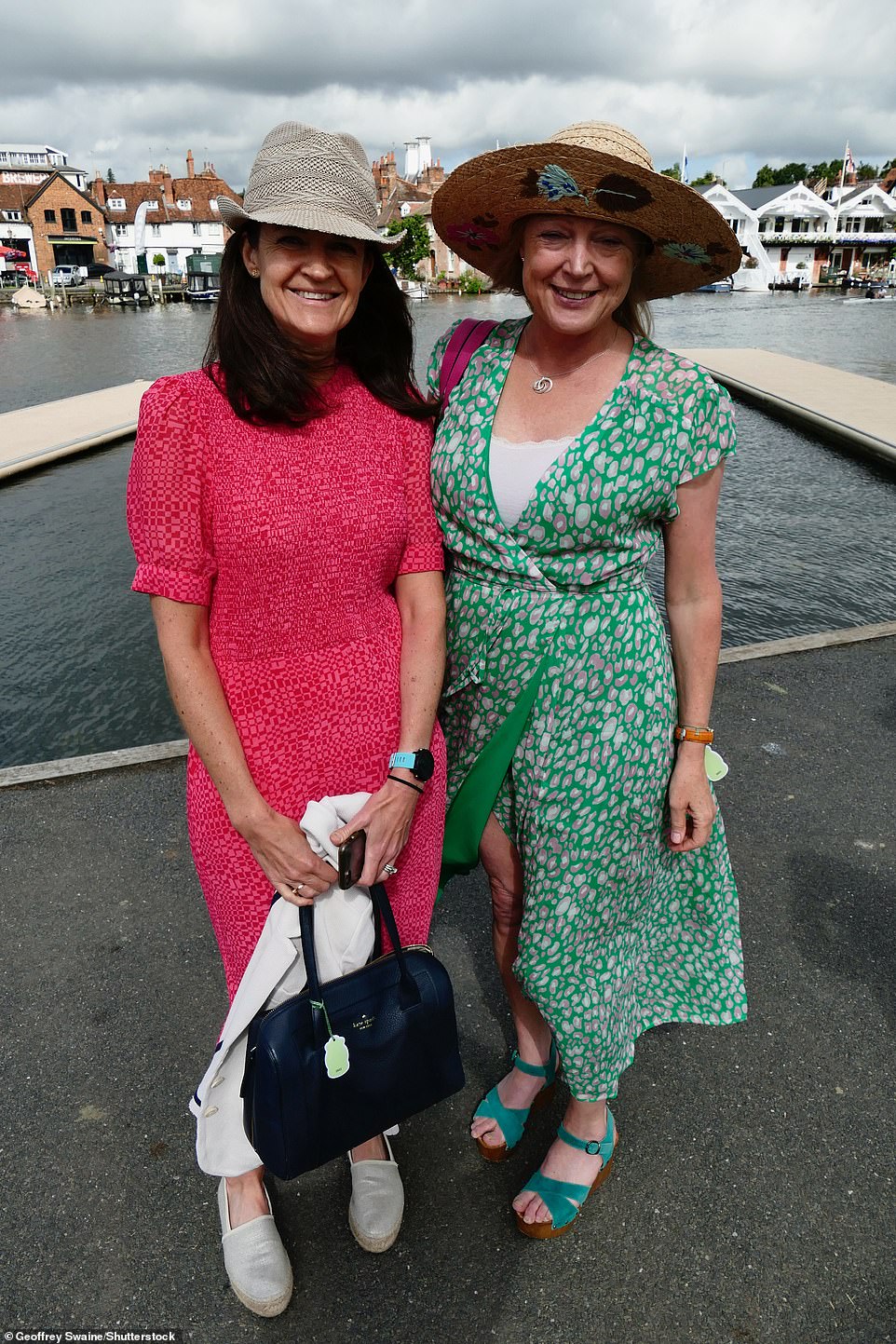 Excited for the day! One duo opted for a colourful midi dresses as they stepped out on the banks of the Thames earlier this morning 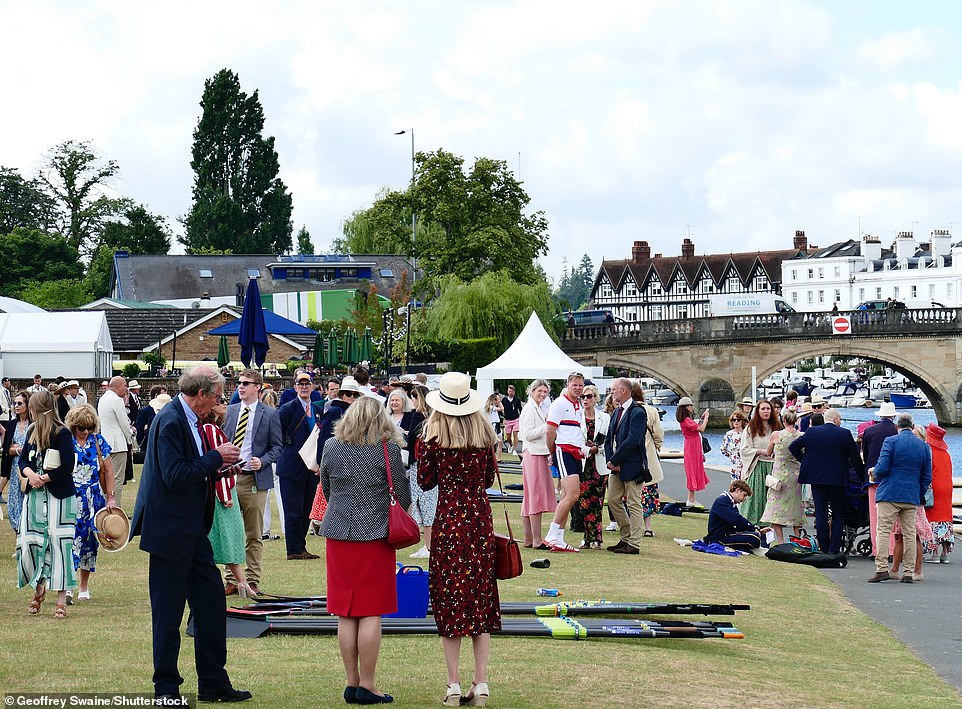 Crowds quickly began to gather ahead of the races later this afternoon, with many appearing happy to lap up the warm barmy weather

‘Even though we see ourselves very much as a traditional event with a traditional way of dressing, with the introduction of more women’s events in recent years, we felt that it was the right time to make the change.

It is not a major change by any stretch of the imagination but we still see the regatta as an excuse to dress up like you would for any other celebration.

‘If you see the regatta as a social occasion, as I do, people like to dress up and that is what Henley is all about – colour and celebration.’

PICTURED: NYC tenant from hell, 64, who’s made neighbors’ and landlord’s lives a misery

IAN BIRRELL: Putin’s executioners left these three brothers in a pit to die

Helen Mirren, 76, and Andie MacDowell, 64, giggle and DANCE at the Cannes Mother...