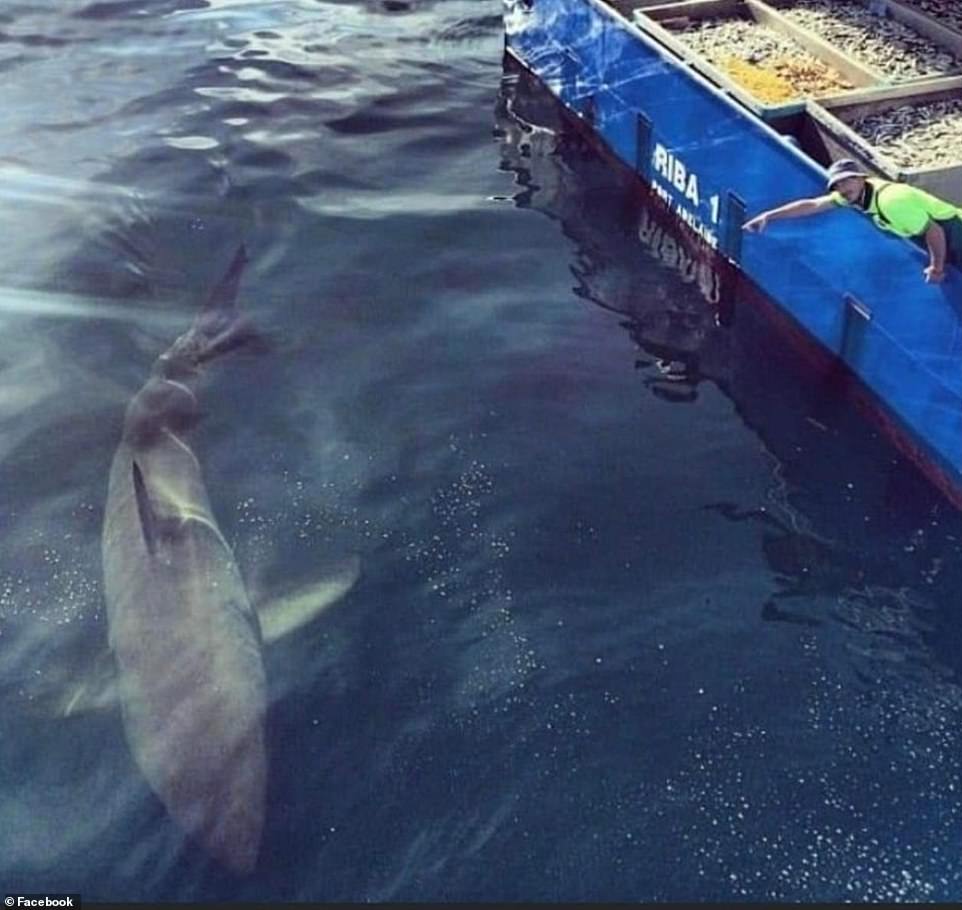 What a whopper! Extraordinary photo emerges of a ‘MEGASHARK’ lurking off the coast of Australia – and it’s hungry for a snack

An extraordinary photo has emerged of a ‘megashark’ – estimated to be about 5m long – lurking near a tuna farm off the southern Australian coastline.

A frightening image emerged on Friday showing the apex predator prowling just metres away from a fisherman off Port Lincoln, South Australia.

A commercial fisherman who runs the Trapman Bermagui social media told Daily Mail Australia the image was legit: ‘It’s a real picture and it’s quite common for these huge sharks to haunt the tuna farms’

The image shows a worker in a hi-vis pointing at the enormous great white from the safety of his fishing vessel.

A fan who sent in the image urged viewers to take into account the size of the worker: ‘See the guy in the photo for reference!’

Many fishermen were awed by the massive visitors, ‘chillin’ and waiting for some snacks’.

One described it as an ‘absolute monster’, another as a ‘megashark’ while another quipped ‘(we’re) gonna need a bigger tuna net’.

‘Probably end up on the deck of your boat,’ another joked. 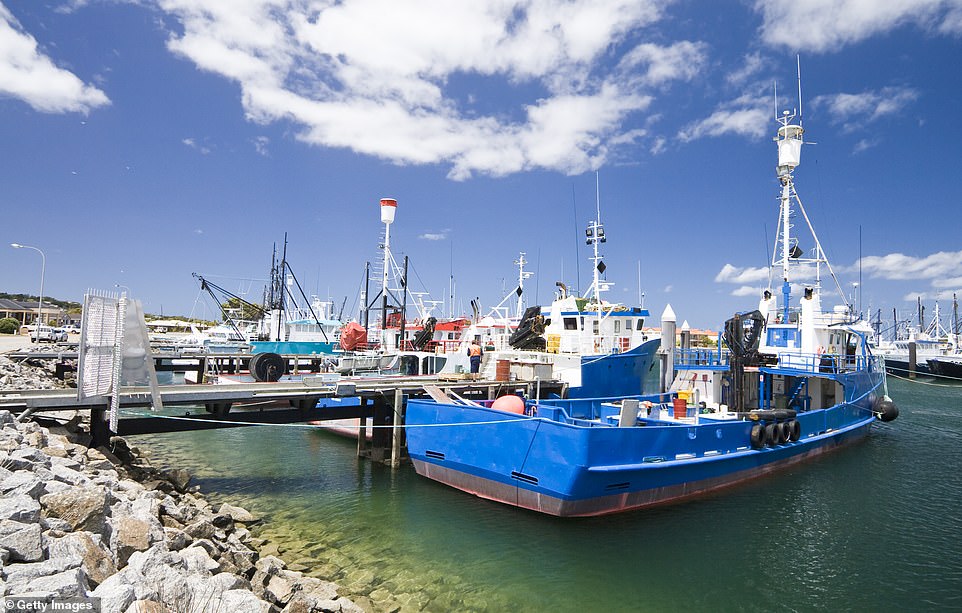 Great white shark: Facts you need to know about

The great white shark, also called a white pointer, is arguably the most feared underwater creature.

Their average lifespan is upwards of 70 years.

For 15 million years they have roamed the world’s oceans, to become known as the apex predator of the sea.

Although so few, great white shark fatal attacks spark massive media attention in papers and TV forums around the world.

And of the 63 fatal attacks ever recorded in the history of human deaths, 27 of these have occurred in Australia.

You are five times more likely to get struck by lightening than suffer at the jaws of a great white shark.

Juveniles eat fish and as they grow bigger, they take larger prey including marine turtles, seals, dolphins and small whales.

They also scavenge on the carcasses of large whales.