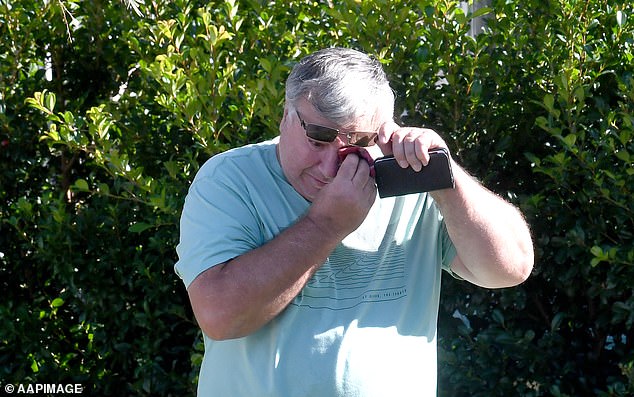 The heartbroken grandad of a little boy killed in a housefire was seen in tears at the scene of the horrific blaze.

Max Chirila, six, was killed inside his family home in Clayfield, Brisbane, about 4am on Monday.

His grandad Paul Chirila and another family member visited the charred remains of the home on Tuesday. 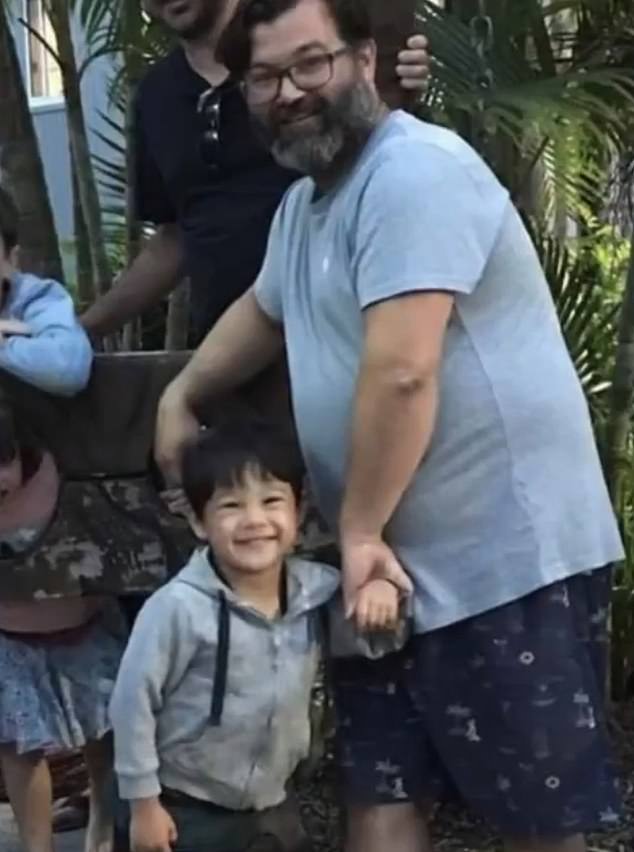 Max’s parents Karen and Ovidiu Chirila had managed to escape the fire with Max’s four-year-old brother before realising they weren’t able to get back inside the blazing home to save the young boy.

Mr Chirila said he was extremely grateful to the community for the outpouring of support for the mourning family but that ‘it cannot recover the boy, a boy like ours’. 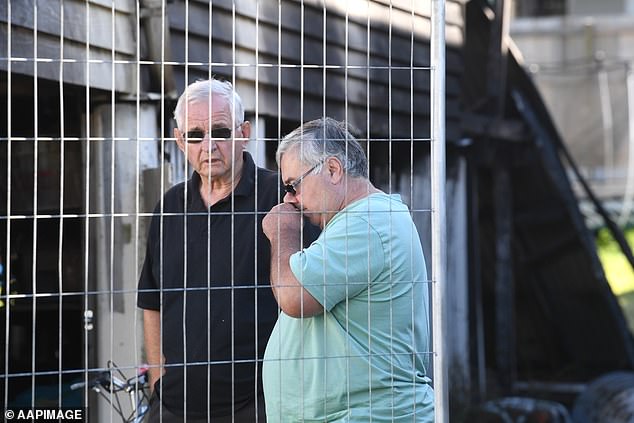 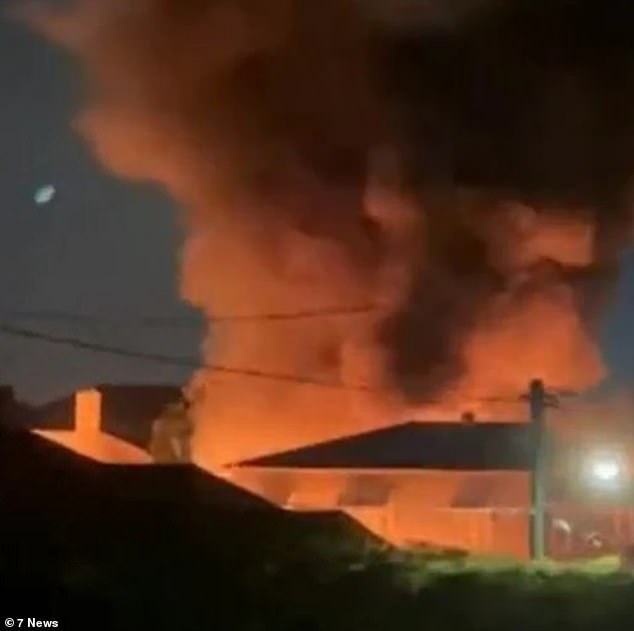 Video of the tragic fire captured audio of the moment Mrs Chirila realised her son was trapped in the burning home. 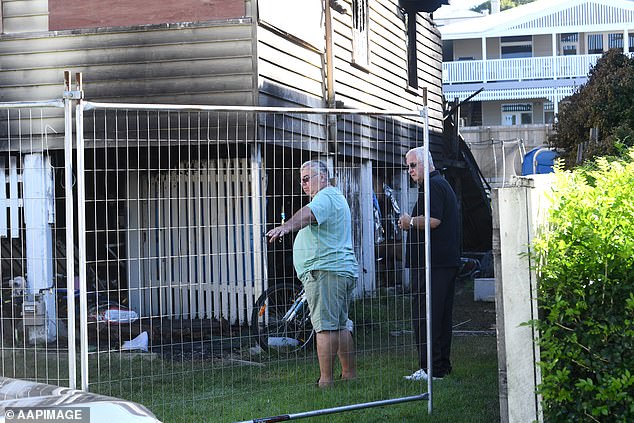 Another distressed family member at the scene collapsed to the ground and cried, ‘Maxie, Maxie, my boy.’

Max’s father was seen being comforted by firefighters as he sat in a wheelchair after he managed to escape the fire on a broken leg.

Neighbours said they were woken by the explosion of the fireball and the sound of ‘deafening screams’.

The devastated parents also visited their former home on Tuesday morning to see the flowers and handwritten notes left by community members. 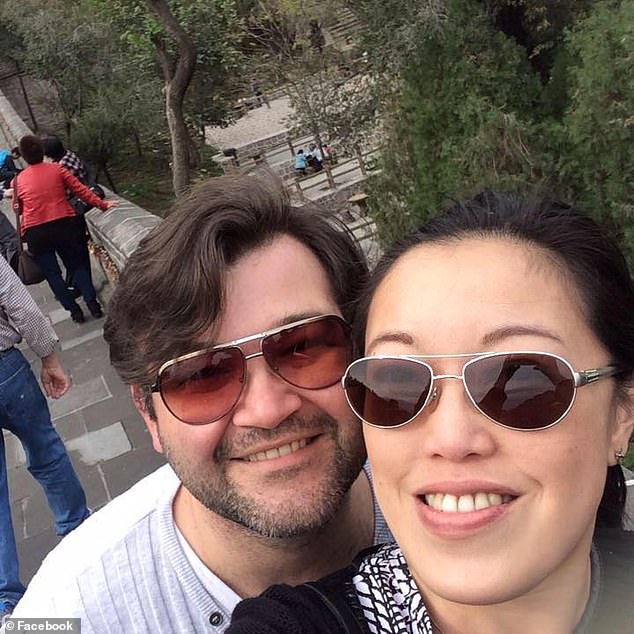 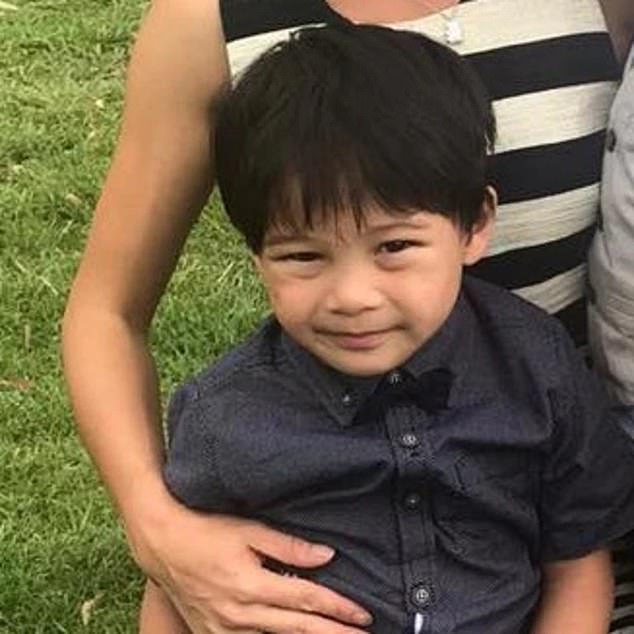 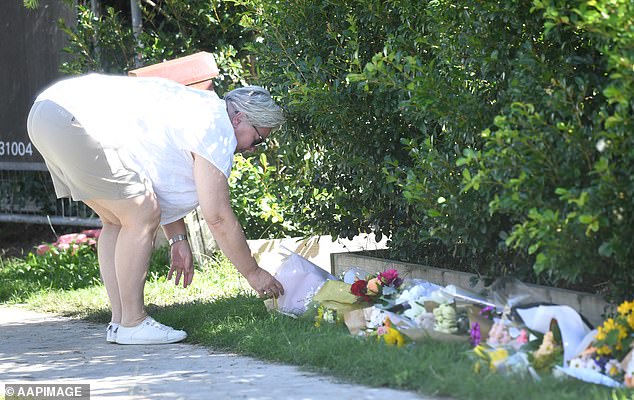 Friends, family and community members have laid flowers, stuffed animals, and handwritten tributes to little Max and his grieving family

Mr Chirila was seen sitting on the footpath outside the home sobbing.

He was holding an Ascot State School hat and a note one of Max’s former classmates had left.

‘Hope you sleep well in heaven Max,’ it read.

His family has requested privacy while they mourn the tragic death.

Firefighters battled the blaze for 45 minutes before extinguishing the flames and discovering Max’s body in a bedroom.

He will be remembered by his friends and family as a bright and lovely boy who loved Lego. 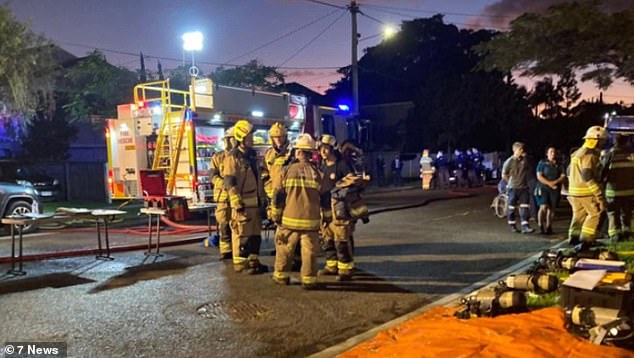 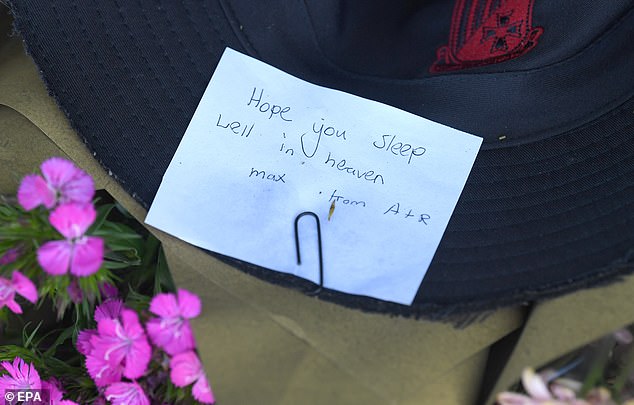 Mr Chirila was seen sobbing outside the family home on Tuesday, holding an Ascot State School hat and a note one of Max’s former classmates had left

‘When she realised she couldn’t go back in to save him, it’s something that I’ll never, ever forget,’ she said.

Another neighbour told The Courier Mail the family had been well-loved in the community. 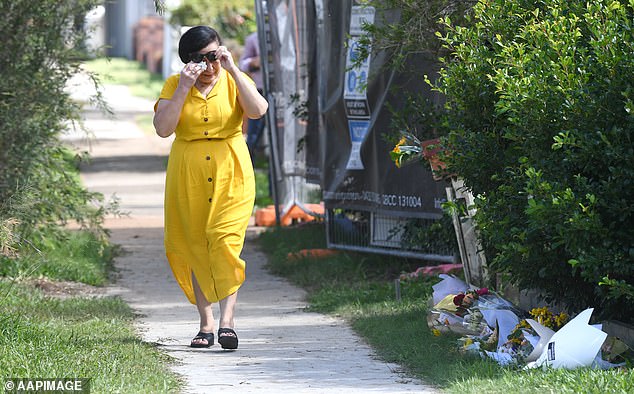 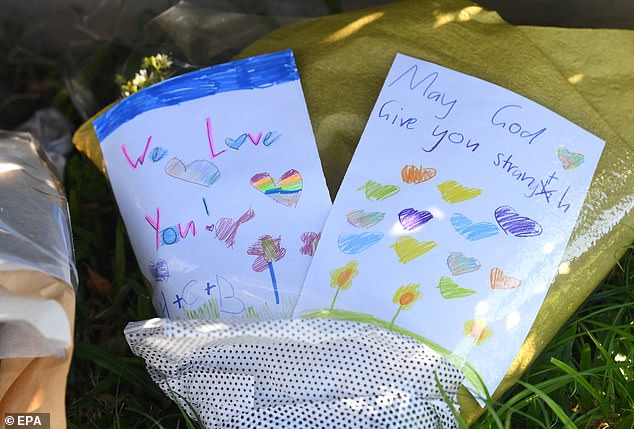 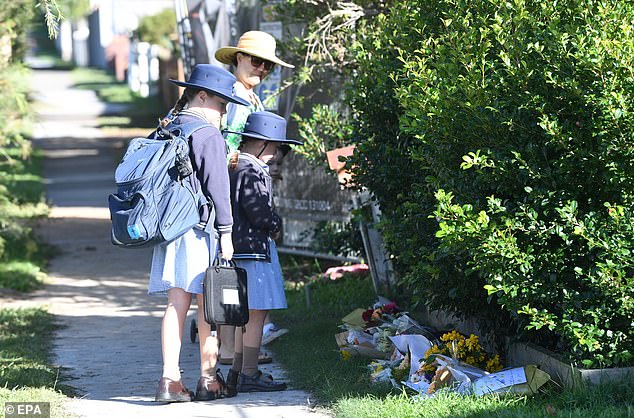 ‘The flames were metres and metres in the air and then we heard screaming. It was a bit confronting. Really awful.’

‘We heard the screaming and it was a bit confronting, and really awful.’ 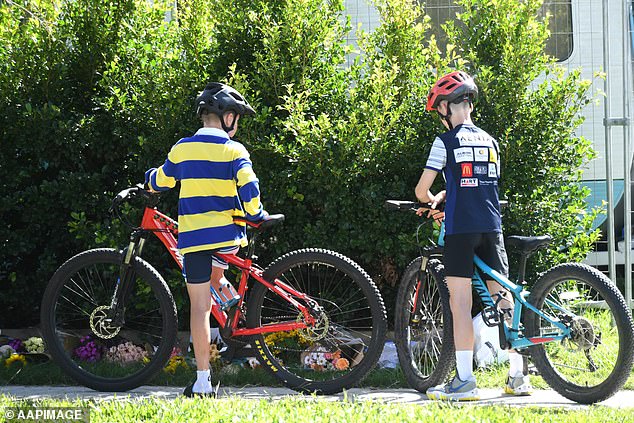 ‘Early this morning one of our local families lost their home to fire,’ the page says.

‘An unimaginable tragedy has occurred with the loss of young Max, 6 years old.

‘Hoping to raise as much money as possible to assist the family and show that our community is with them at this terrible time.’

Firefighters are still trying to ascertain the cause of the blaze.

It’s understood the fire may have been sparked by a possible electrical fault with charging batteries. 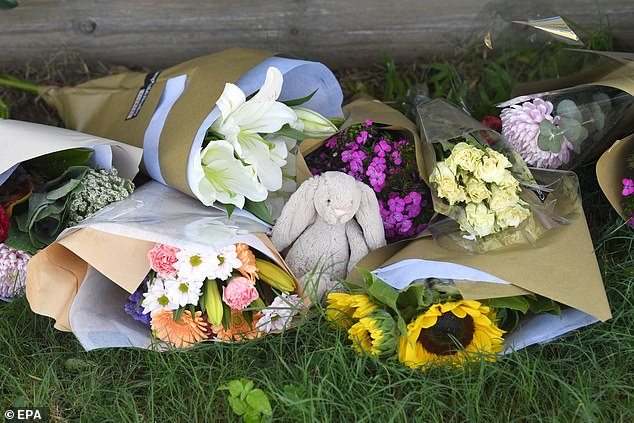 A makeshift memorial has been created by community members outside the Chirila family home including flowers, stuffed animals, and handwritten notes 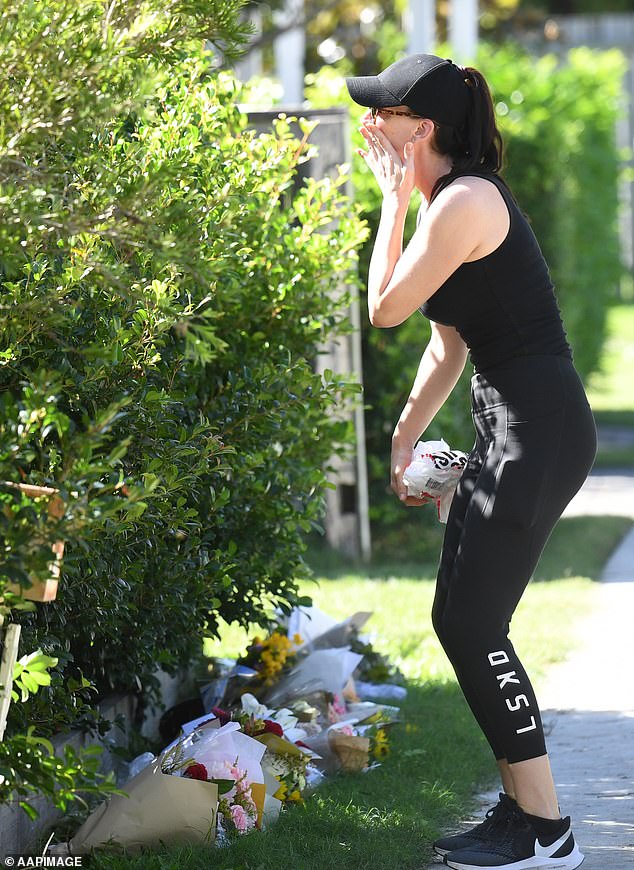 ‘The crews did the best they could when they arrived, and we had 26 firefighters here who worked tirelessly to get it under control,’ Superintendent Paul Durston said.

‘The fire developed and gets very hot internally and then the windows fail and all the air comes in and the fire starts to enrage quite quickly.’

‘They [the crews] made their way down the hallway to the back of the house where the fire is believed to have started, and then from there worked their way back extinguishing the fire,’ he said. 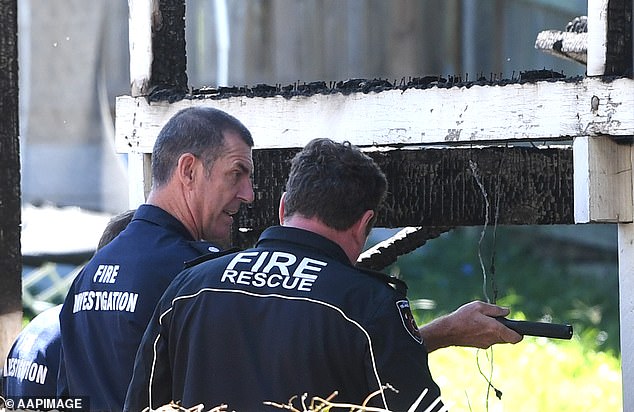 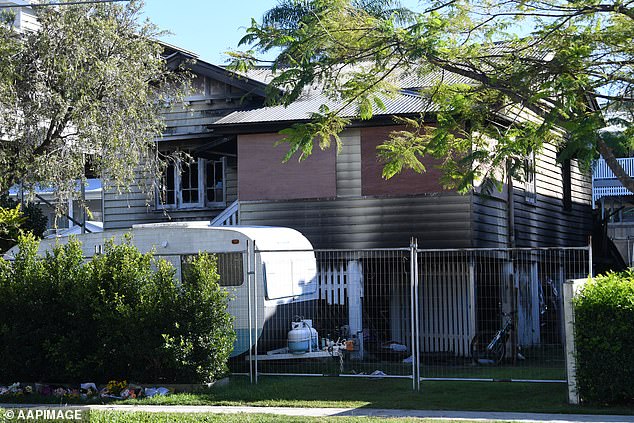 Max’s mother and younger brother were treated for minor injuries and father for burns to his hands.

None of the family members required treatment at hospital.

Queensland Police launched an investigation into the cause of the fire.

‘At this stage due to the damage of the house, we haven’t been able to ascertain any cause of the fire,’ Superintendent Durston said.

‘We WILL rebuild Mariupol’: Ukraine’s richest man pledges to rebuild the country

Kanye West laughs off White Lives Matter uproar as he lands in LA ahead...