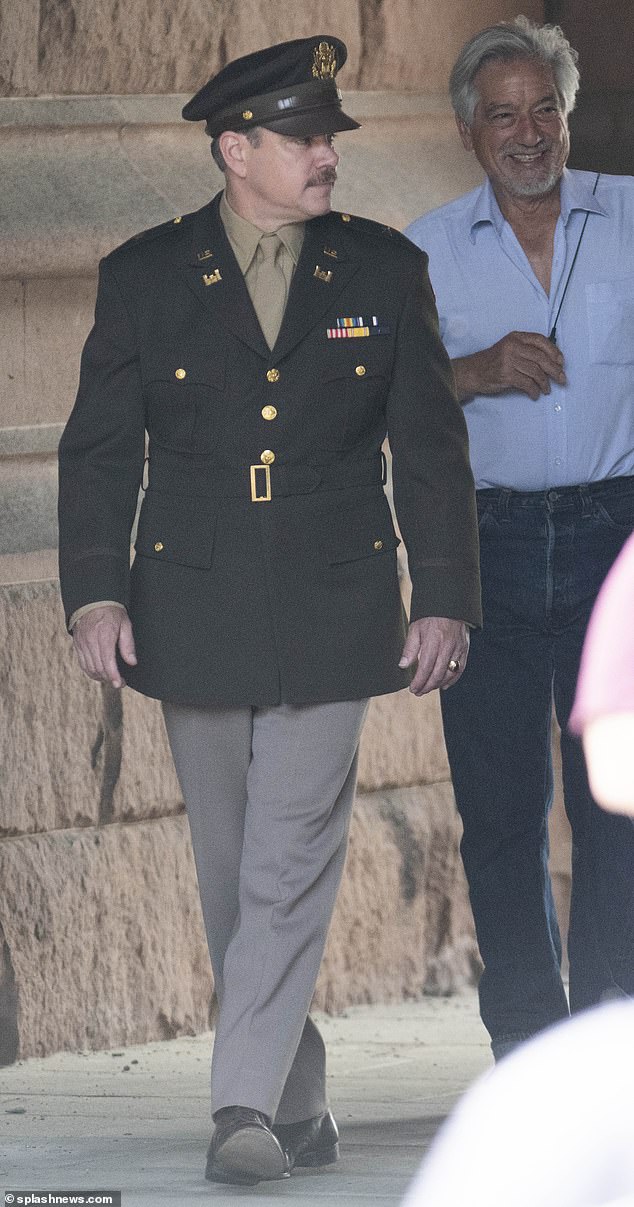 Matt Damon cut a smart figure as he was seen on the set of Christopher Nolan’s upcoming drama Oppenheimer in New Jersey for the first time on Thursday.

The actor, 51, sported a bold mustache and 1950s brown military attire as he embodied his character of Lieutenant General Leslie Groves for the much-anticipated biopic about scientist Julius Robert Oppenheimer.

In character: Matt Damon cut a smart figure as he was seen on the set of Christopher Nolan’s upcoming drama Oppenheimer in New Jersey for the first time on Thursday

Matt shot scenes at Princeton University’s campus on Thursday, where titular character Oppenheimer lived and served as the third director of the Institute for Advanced Study in Princeton.

Lieutenant General Groves, who Matt plays in the film, was an engineer who oversaw the construction of the Pentagon and directed the top secret Manhattan Project, which developed the atomic bomb during World War Two. Oppenheimer was the director of the laboratory that designed the bombs.

It is being adapted from the 2006 book American Prometheus: The Triumph And Tragedy Of J. Robert Oppenheimer, by Kai Bird and Martin J. Sherwin. 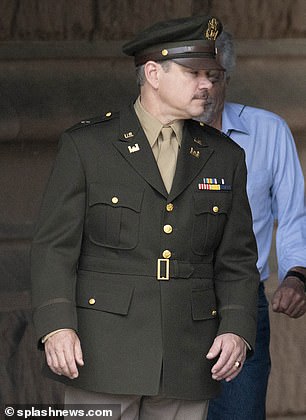 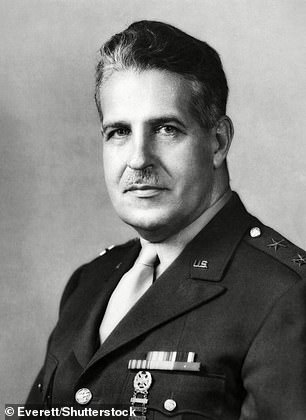 Smart: The actor, 51, sported a bold mustache and 1950s brown military attire as he embodied his character of Lieutenant General Leslie Groves for the much-anticipated biopic

The book, which won the Pulitzer Prize, details Oppenheimer’s personal life and his time leading the Manhattan Project in the early and mid-1940s.

Peaky Blinders star Cillian is set to portray the titular character – legendary scientist J. Robert Oppenheimer, who is known as the father of the atomic bomb.

Cillian has cultivated a long relationship with Christopher Nolan, who tends to work with many of his supporting actors repeatedly.

The two first worked together on 2005’s Batman Begins, and Murphy appeared in its sequels The Dark Knight and The Dark Night Rises, along with Inception and Dunkirk.

He was spotted on set in Princeton on Wednesday alongside his co-star Emily Blunt, who was seen in costume as Kitty Oppenheimer. 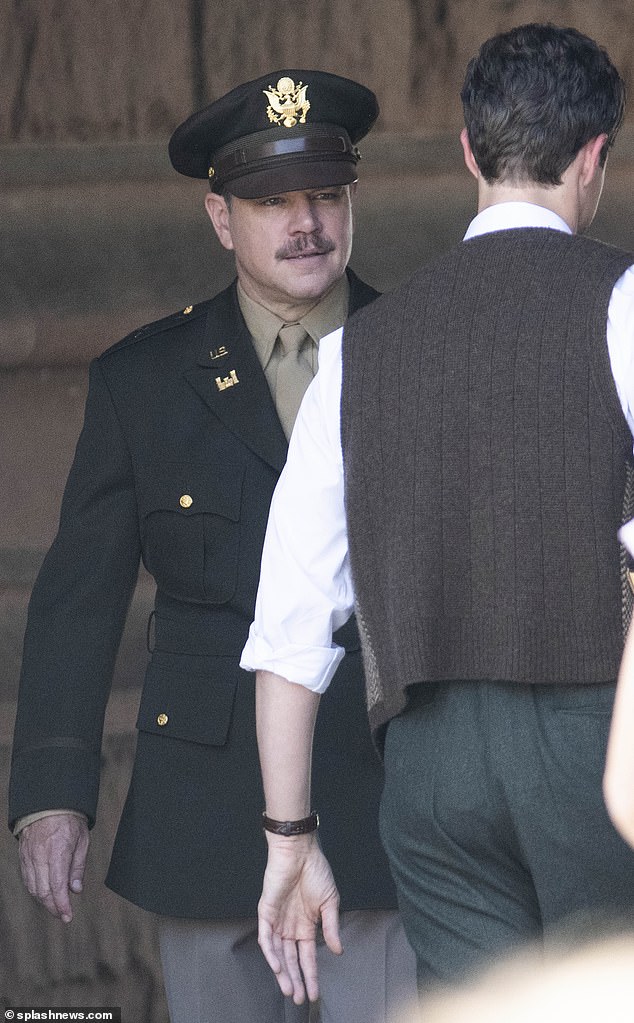 Biopic: Matt shot scenes at Princeton University’s campus on Thursday, as real-life scientist J. Robert Oppenheimer, whose life the film is based off, lived in the town

A Quiet Place star was previously seen on set back in March, but she doesn’t appear to have been spotted working on the film since then.

She is playing J. Robert Oppenheimer’s wife Kitty, whom he married in 1940.

Kitty was born in Germany in 1910 and immigrated to the United States in 1913.

She initially studied music and biology and was married to two other men before marrying Oppenheimer in 1940.

The couple moved to Los Alamos, New Mexico, shortly after the start of World War II to work on the Manhattan Project, which Robert was the director of. 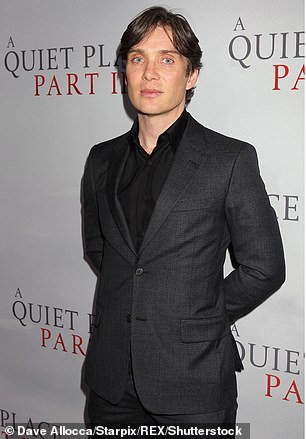 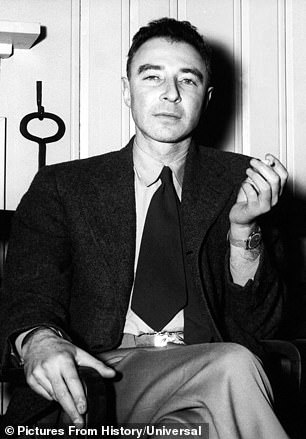 Significant: Cillian (pictured March 2020) is stepping into the titular role of Julius Robert Oppenheimer (pictured right in 1967) who was an American theoretical physicist

The research group was responsible for creating the first atomic bombs, and the devastating explosives would later be dropped on the Japanese cities of Hiroshima and Nagasaki later in the war.

Nolan, who is a celluloid devotee and has stuck to using film rather than switching to digital photography, appeared to be filming his scenes on 65mm film.

The format which is considerably larger than 35mm film and offers a much sharper picture and better color representation than the more traditional format.

Oppenheimer is set to be released on July 21, 2023, by Universal Pictures. 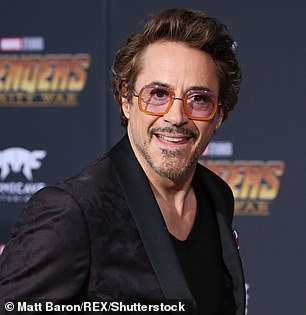 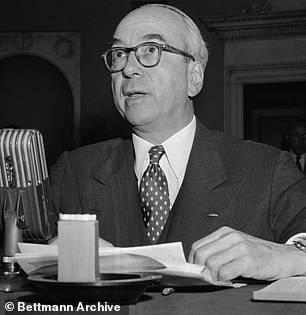 Going back in time: Robert (pictured April 2018) joins the cast as he is portraying Lewis Strauss (pictured right in 1954) who served two terms on the US Atomic Energy Commission

Putin scrambles to save face as Sweden and Finland join NATO and attacks its...