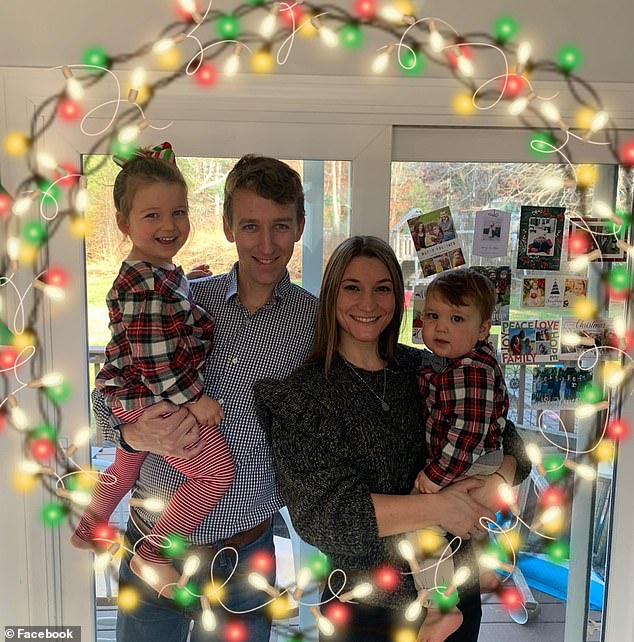 A mother has been accused of strangling her two children to death and attempting to kill her eight-month-old baby before jumping out of the top window of her Massachusetts home.

Clancy’s husband Patrick, 34, returned home at around 6pm on Tuesday to find his wife had tried to kill herself and immediately called the police, reports MassLive.

Midwife Lindsay Clancy, 32, and her eight-month-old baby both survived the apparent homicide-suicide attempt – but Cora, five, and Dawson, three, were pronounced dead on arrival at the hospital. Witnesses said the baby had been given CPR at the scene.

Lindsay Clancy, 32, is accused of murdering her two children Cora, five, left, and Dawson, three, right. Pictured in 2021 with their father Patrick, 34. 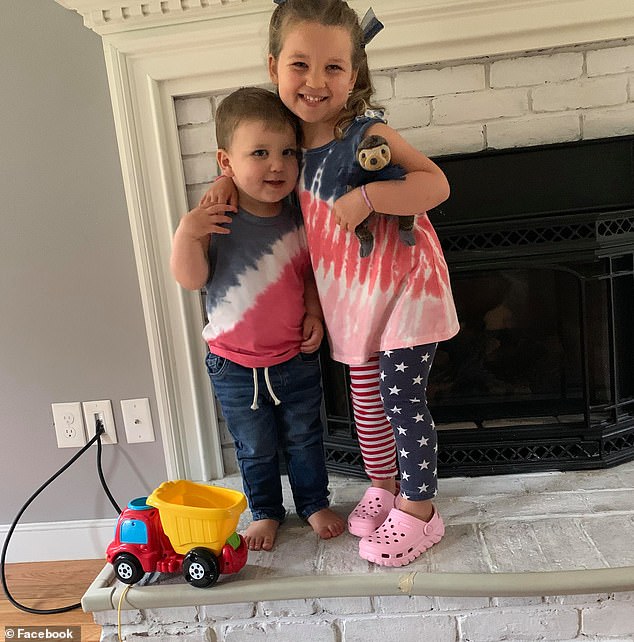 Officers arrived at the family home to find the three children ‘unconscious’ upstairs ‘with obvious signs of trauma’.  They appear to have been strangled, authorities confirmed.

First responders rushed Cora and Dawson to a local hospital where medics pronounced them both dead.

The baby has been flown to Boston Children’s Hospital where he is alive and still being treated as of Wednesday afternoon. 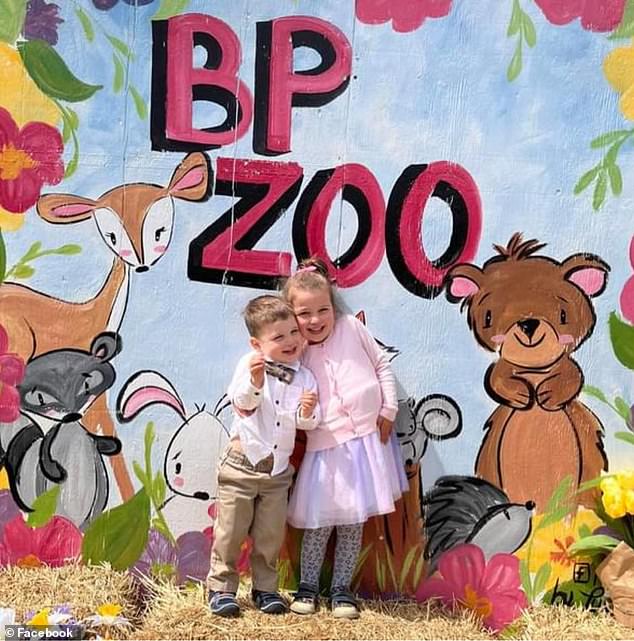 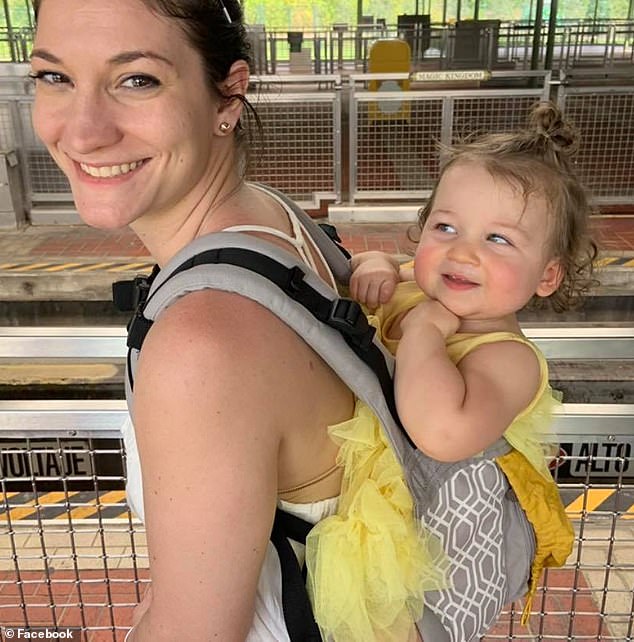 The mother, pictured with Cora as a baby, was a nurse at Massachusetts General Hospital 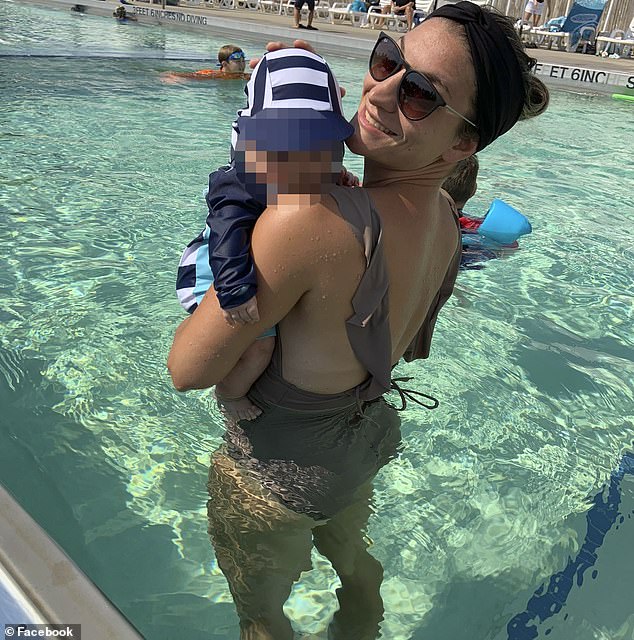 In one post in 2020 she wrote: ‘So unbelievably thankful for this family and life’.

Sources told WBZ-TV I-Team that investigators are looking at the possibility that Lindsay Clancy was suffering from postpartum psychosis.

In a press conference he said of the family: ‘I cannot begin to fathom the pain, the depths of pain they must be feeling.’ 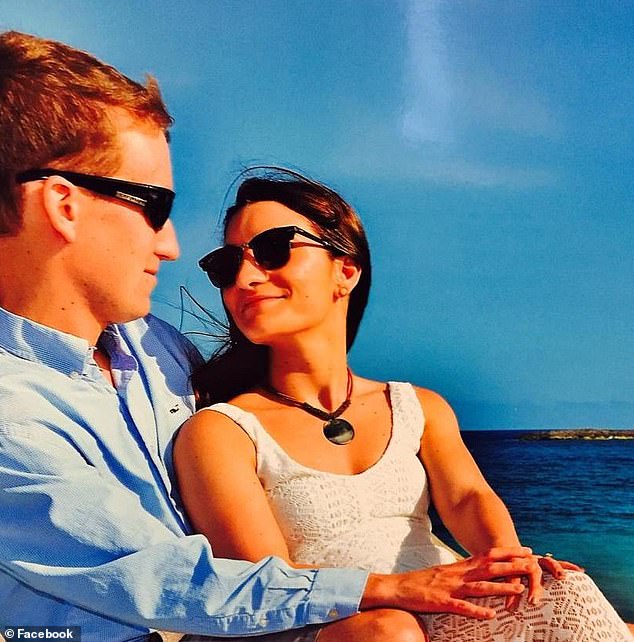 Clancy pictured with her husband Patrick, 34, who called authorities after finding her on Tuesday evening

He told reporters: ‘I want to further commend the professionalism and the work of the Duxbury First Responders and the Mass state police.

‘I’m sure many of them will not forget what they saw last evening and I think we should all be grateful to the men and women that put a uniform on that are willing to do this difficult and challenging job.

He warned ‘nobody’s here to speculate’, adding ‘we’re well aware of the fact that anybody charged with a criminal crime is presumed innocence until proven guilty beyond a reasonable doubt’.

He wrapped up the conference by saying: ‘Certainly our hearts and condolences go up to the Clancy family’.

Officers confirmed on Wednesday Clancy would be charged with the deaths of her two children. Pictured with Cora, left, and Dawson, right.

On her Facebook page, Clancy lists herself as a labor and delivery nurse at Massachusetts General Hospital.

The hospital has confirmed the mother was employed there.

A statement to the Boston Globe said: ‘We are shocked and saddened to learn of this unthinkable tragedy. We extend our deepest sympathies to all those affected by these devastating events.’ 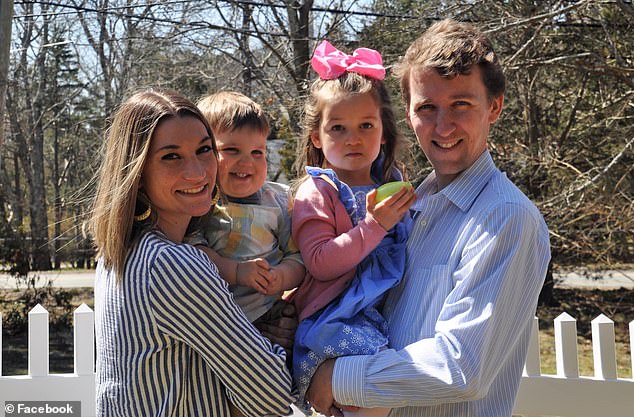 On Wednesday, two Plymouth women, Donna Jesse, who identified herself as an aunt of the children, and Rita Musgrove, who said she was their great grandmother, left a bouquet of pink, red, and white roses outside the home where it happened.

‘They were beautiful, beautiful children,’ Jesse told the Boston Globe. 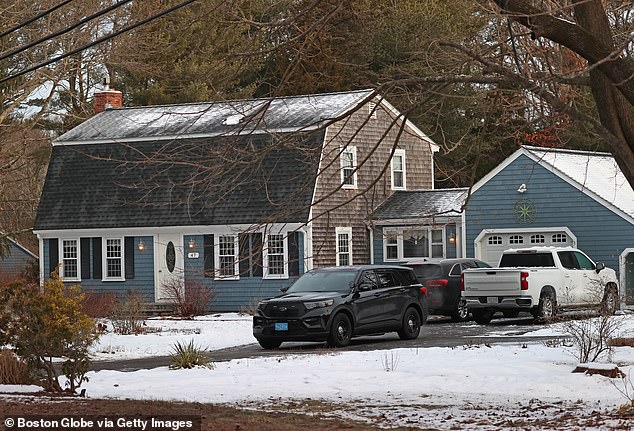 Authorities were called to the family’s address at 47 Summer Street, Duxbury

John Sullivan, a neighbor whose yard is adjacent to the back yard at 47 Summer St., said he got a call Tuesday night from his son who told him a woman ‘was laying down in the backyard.’

Sullivan headed over to his neighbor’s property where he saw first responders performing CPR on a baby outside, he told the Boston Globe.

The state medical examiner’s office has accepted custody of the two dead children.

Cruz said they will now conduct autopsies to determine the cause and manner of death.

Findings will be made public when a death certificate is issued.

‘Russia is now at war with NATO and the West’, senior EU official admits

Denzel Washington, 67, walks with a cane as he films The Equalizer 3 in...

Thousands on the streets of Sao Paulo for 26th Gay Pride Parade after two...

Lorraine Kelly slams Madonna as looking ‘like a boiled egg’ in her latest social...