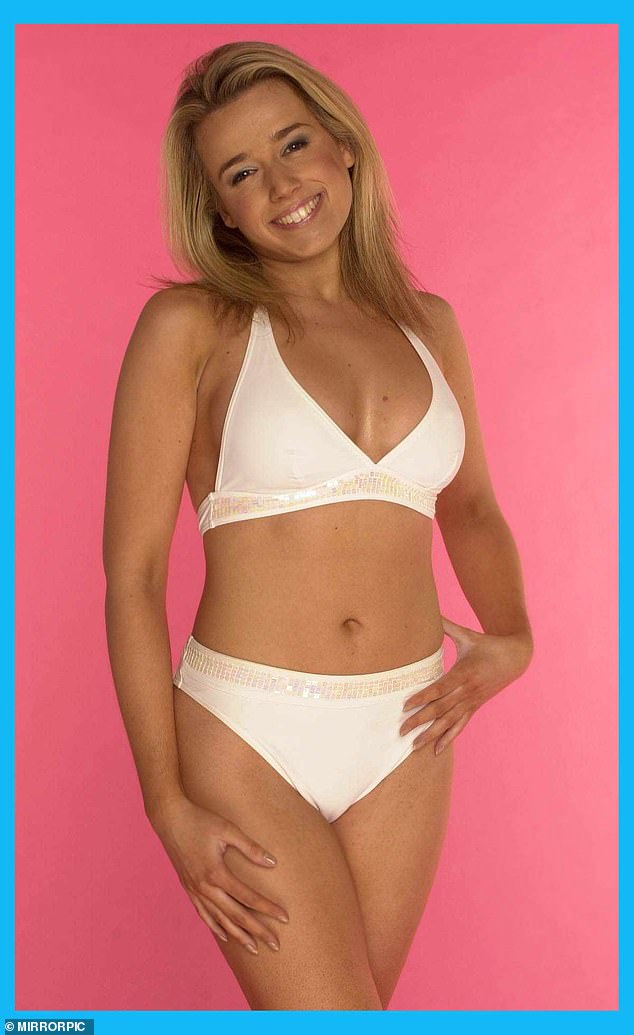 The model, 43, donned an selection of underwear for the racy images taken in 2004, five years before she and Martin tied the knot.

Lara rose to prominence through her role as a weather presenter for Channel 5, and spent six years working for the network before joining BBC‘s Click in 2011.

Wow! Martin Lewis’ wife Lara Lewington, 43, showed off her incredible figure in a resurfaced lingerie shoot, taken during her days as a Channel 5 weather presenter

For one snap from the shoot, Lara sported plunging white lingerie with sequinned detailing, along with matching bottoms.

Another snap showed the mother-of-one posing in a fun black spotted two-piece, while a third image showed Lara clad in a a sexy pink lace underwear set.

Lara and Martin married in 2009, and they are parents to daughter Sapphire, 10. 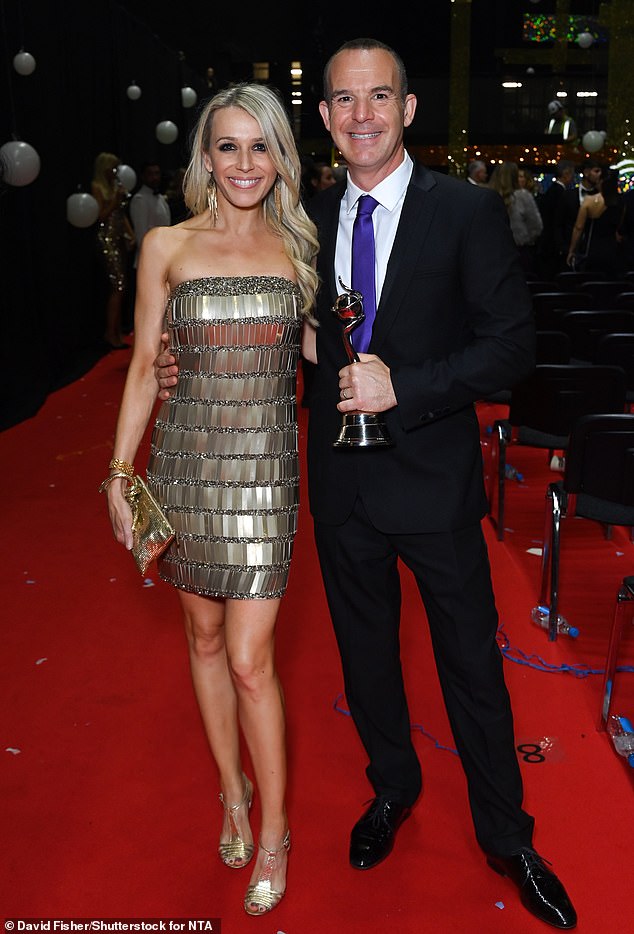 Stunning: The model married the money-saving expert in 2009, and they share daughter Sapphire, 10 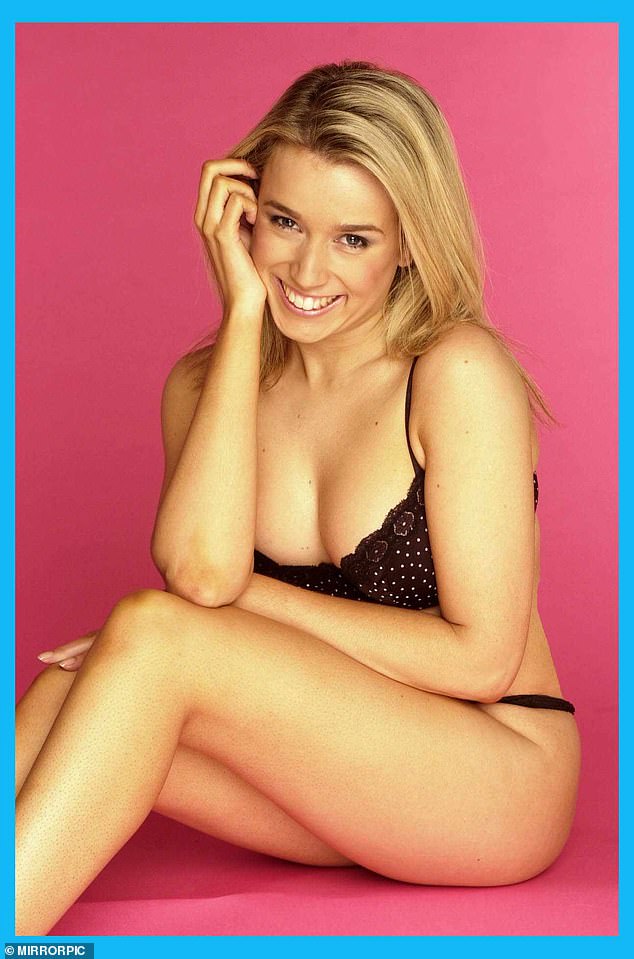 Amazing! In the shoot, taken in 2004, Lara showed off her figure in a plunging black spotted lace two-piece

Amazing: She went onto pose in a sexy magenta lace lingerie set in the sexy shoot, which she posed for while working for Channel 5 as a weather presenter

The star kickstarted her career as a runner on the gameshow It’s A Knockout while she was attending St Mary’s University, before joining Channel 5 as a weather presenter.

She spent six years working on the channel, including regular stints as the showbusiness correspondent for Five News, before a brief spell sharing celebrity headlines for Sky News. 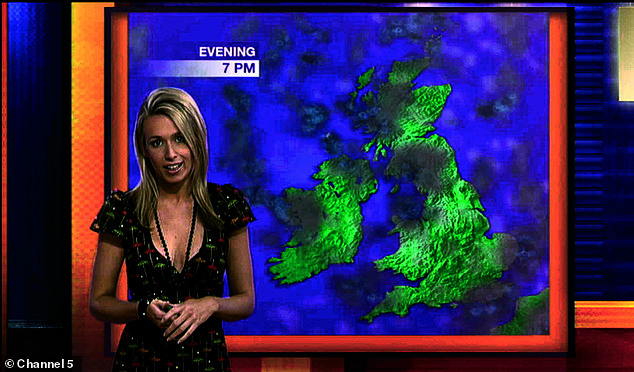 She went onto become a reporter, for BBC’s technology programme Click in 2011, and later moved over to presenting the show in 2018.

Earlier this year, Lara revealed that she had resorted to wearing ‘heavy make-up’ to cover her facial scars following a horrific electric scooter accident in June.

She suffered a dangerous fall from her scooter which left her with huge gashes on her foreheads and upper lip which needed stitches.

And just weeks after the incident, Laura took to Instagram on Wednesday to share a stunning snap of herself outside The British Museum, telling her fans that her scars were ‘hidden’ with make-up. 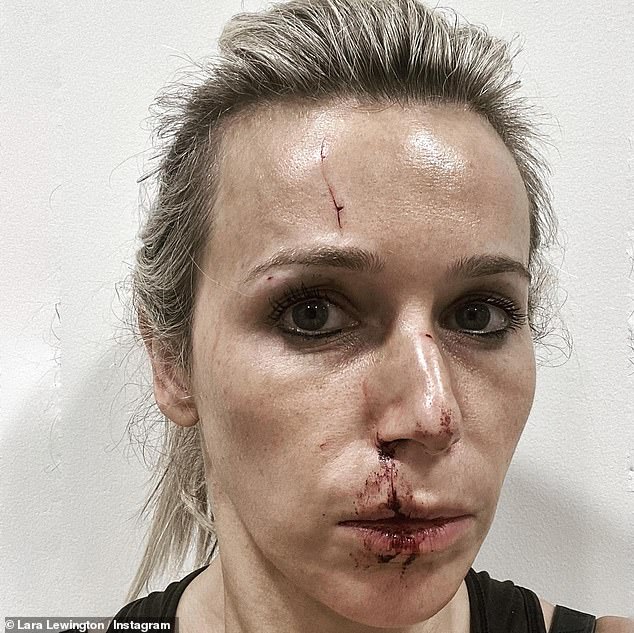 Ouch! Earlier this year, Lara revealed that she had resorted to wearing ‘heavy make-up’ to cover her facial scars following a horrific electric scooter accident in June

Commenting on the smiley selfie, one follower penned: ‘Beautiful lady and polite. And check you. No scars. Xx’

To which Lara replied: ‘Thank you, some very heavy make up has unbelievably managed to cover them!’

Meanwhile, the following day, the blonde beauty uploaded another radiant image of herself while filming, explaining how ‘pleased’ she was with the make-up that hid her scars, as well as the lighting and shot. 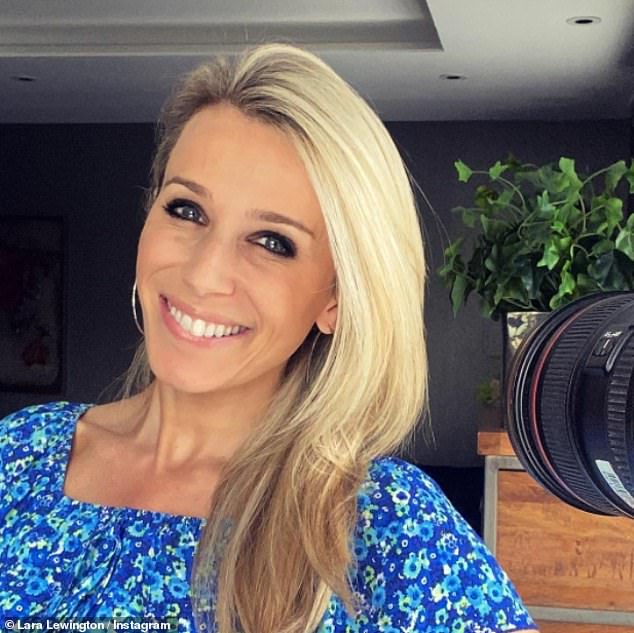 Recovering: Meanwhile, the following day, the blonde beauty uploaded another radiant image of herself while filming

Covered up: She explained in the caption how ‘pleased’ she was with the make-up that hid her scars, as well as the lighting and shot

Her caption read: ‘Self shot today for the first time in a while. Had totally forgotten how useful it is to just be able to record a quick couple of pieces to camera to finish off a story.

‘Was pretty pleased with lighting, sound, shot, makeup (as scars hidden), and then took a selfie of it all before dropping clip in to finish my edit. Whilst I don’t want to do all this by myself all the time, it feels good to know I can.’

Lara shocked fans when she unveiled images of her facial injuries from her accident, with one image showing her face in the immediate aftermath while another showed how much her face had healed six days later.

Clearly shook up from the crash, Lara declared that she would ‘never’ ride an electric scooter again.

She wrote alongside the images: ‘As an extremely clumsy person, always wobbly on two wheels, the electric scooter ride was never going to be a good idea!

‘After being cleaned up and stitched up (2nd pic before, so not for the squeamish!), 6 days later I’m healing well, and grateful it wasn’t worse. Never again!’ 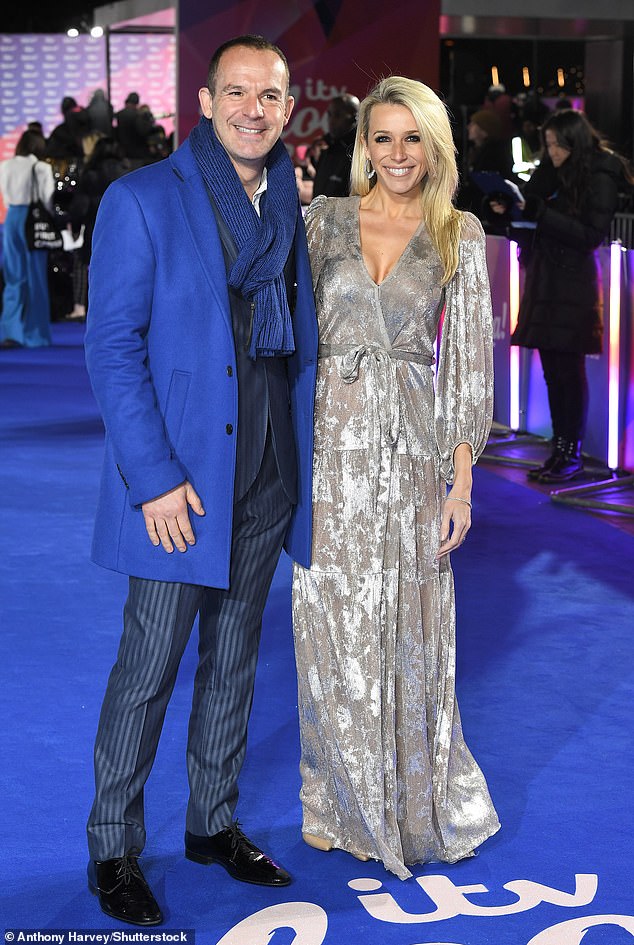 Relationship: Lara and TV star Martin tied the knot 13 years ago (pictured in 2021)

‘Keep your nose out of my business!’ Love Island’s Gemma fumes at Ekin-Su for...

Machine Gun Kelly takes to Instagram to introduce mom who abandoned him at age...