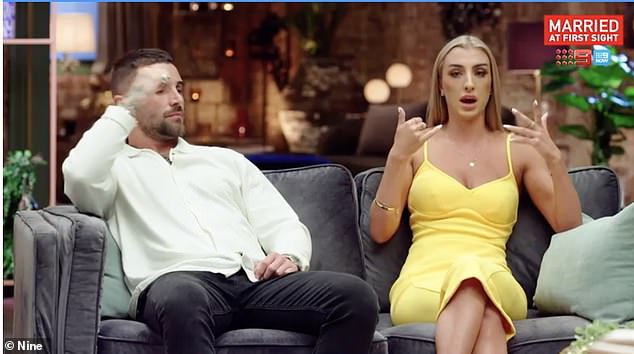 Married At First Sight’s Tamara Djordjevic stormed off the set during the dramatic final reunion on Monday night.

During the reunion, Alessandra Rampolla questioned Tamara, 29, about a phone call Mitch Eynaud, 26, was rumoured to have made to her the night before.

‘Mitch was really drunk and called me at 2am. He said “I know I shouldn’t be calling you right now but I’m thinking about you”,’ Tamara explained.

Stormed off: Married At First Sight’s Tamara Djordjevic stormed off during a dramatic reunion after being questioned about her relationship with Mitch Eynaud on Monday night

A stunned Mitch interrupted: ‘Bulls**t! That’s crazy. You were not the only person I called’ before adding that he didn’t say he was ‘thinking about her’.

‘It should have been brought up last night, It feels like it’s just ammunition,’ Ella said.

‘Can I leave? I’ve had enough. I just don’t want to listen to it anymore,’ a frustrated Tamara said before storming out of the room. 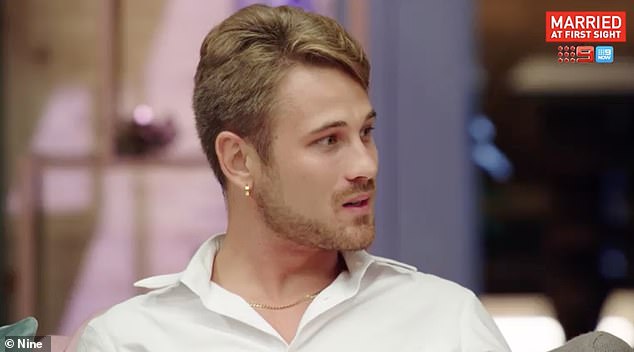 Drama: During the reunion, Alessandra Rampolla questioned Tamara about a phone call Mitch Eynaud (pictured) was rumoured to have made her the night before

She sobbed in the hallway while being comforted by a co-star and didn’t return to the couch.

It comes after Ella accused fellow bride Tamara of sabotaging her relationship by sliding into her husband Mitch’s DMs before their final vows.

The 27-year-old beautician told radio hosts Mike E and Emma on Wednesday that Tamara had invited Mitch out to dinner just days before he dumped her.

‘Yes she did reach out [to him], before final vows,’ Ella said. 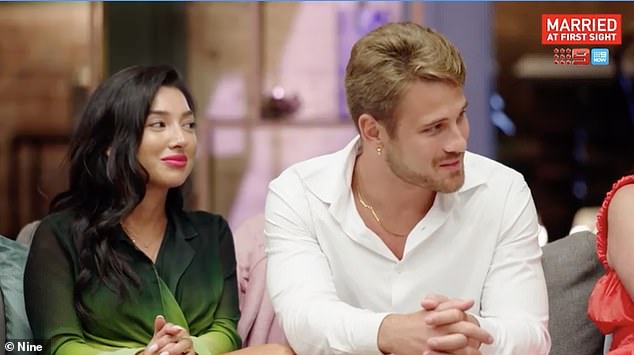 ‘She wanted to grab dinner with him and Sam [co-star Samantha Moitzi] and another mutual friend they had – a guy.

‘The intentions behind it all [are] pretty grey to be honest.’

Ella went on to say the Gold Coast-based operations manager had ’caused a bit of drama’ between her and Mitch.

‘Tamara and I didn’t really talk to be honest. She did a few things in the experiment that didn’t make it to air. She caused a bit of drama with Mitch and I,’ she said. 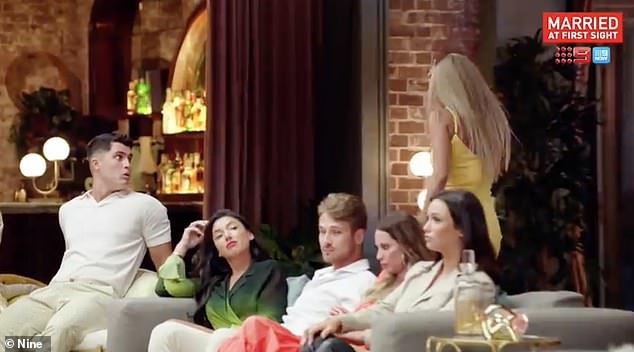 ‘Can I leave? I’ve had enough. I just don’t want to listen to it anymore,’ a frustrated Tamara said before storming out of the room

Prince William goes undercover as a Big Issue in Westminster