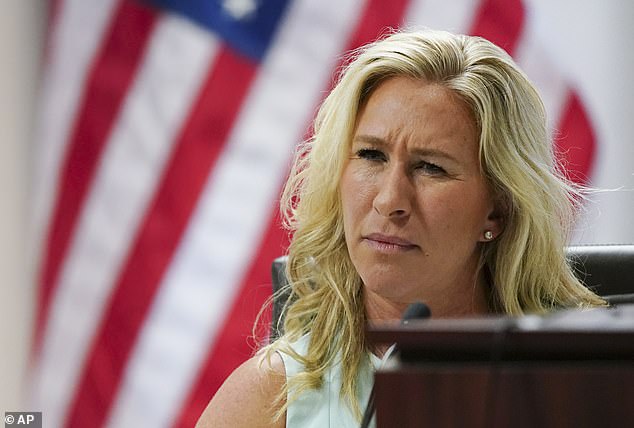 ‘I was asking people to come for a peaceful march’: Marjorie Taylor Greene denies encouraging violence on January 6 as she takes the stand in court case to have her thrown off the ballot – with support of Matt Gaetz

Rep. Marjorie Taylor Greene denied encouraging violence on January 6 as she took the stand Friday in a Georgia courtroom for an administrative hearing for the case to have her thrown off the ballot.

‘I was asking people to come for a peaceful march, which everyone is entitled to do under their First Amendment,’ Greene said in the Atlanta courtroom, with political ally Rep. Matt Gaetz seated in the audience. ‘But I was not asking them to actively engage in violence or any type of action.’

A handful of Greene’s constituents have sued to prevent her re-election, alleging her participation in the January 6 Capitol attack.

Rep. Marjorie Taylor Greene denied encouraging violence on January 6 as she took the stand Friday in a Georgia courtroom for an administrative hearing for the case to have her thrown off the ballot 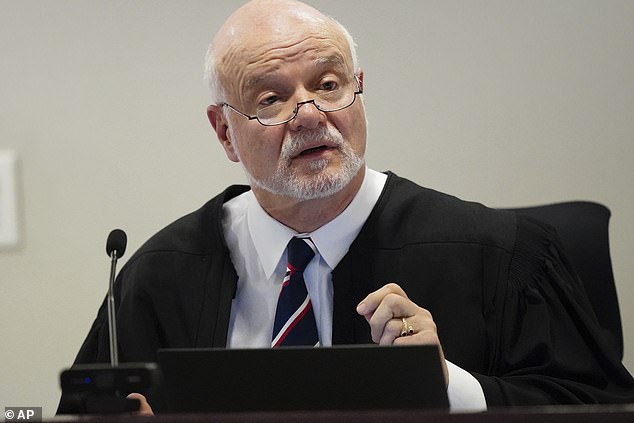 Judge Charles Beaudrot speaks to participants in the courtroom at the Rep. Marjorie Taylor Greene hearing on Friday in Atlanta 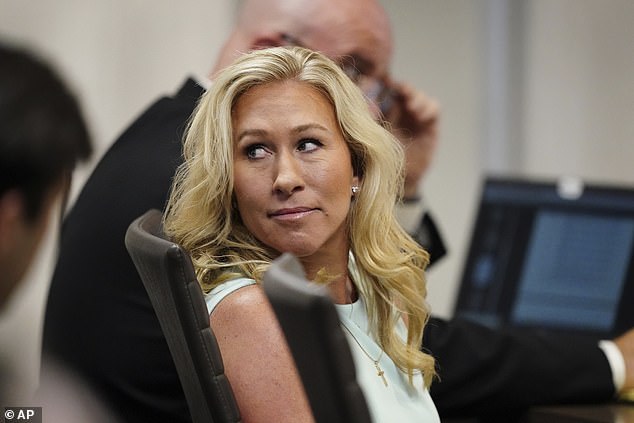 Rep. Marjorie Taylor Greene sits in an Atlanta courtroom Friday for a hearing about a lawsuit filed by Georgia voters saying she should be disqualified from appearing on the November ballot due to her alleged involvement in the January 6 Capitol attack 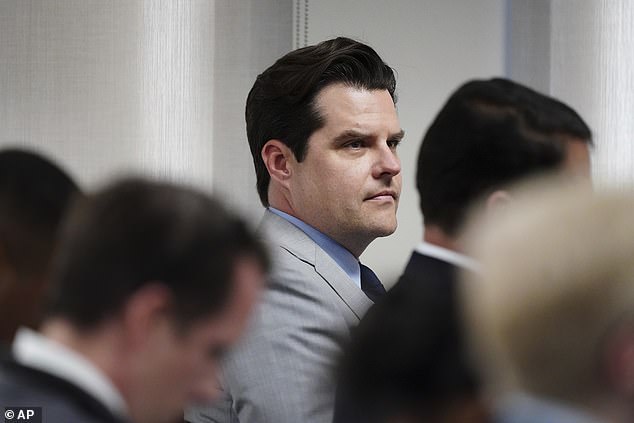 Republican Florida Rep. Matt Gaetz appears in the audience at Friday’s Rep. Marjorie Taylor Greene hearing. Gaetz is one of her top allies on Capitol Hill 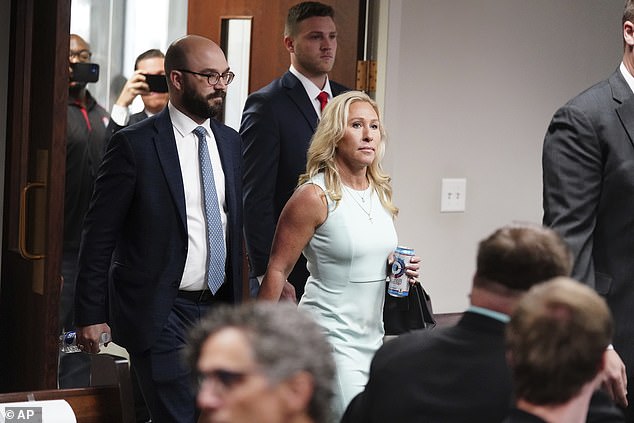 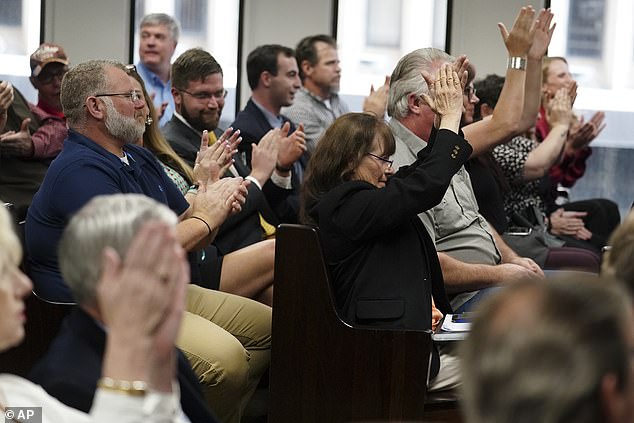 The complaint charges that Greene ‘voluntarily aided and engaged in an insurrection to obstruct the peaceful transfer of presidential power, disqualifying her from serving as a Member of Congress.’

The legal filing points to section three of the 14th Amendment that says no Member of Congress, who has taken the oath of office, ‘shall have engaged in insurrection or rebellion’ against the United States.

During his opening statement, Greene’s attorney James Bopp Jr. laid out a number of defenses, including that Greene sent out tweets during the attack asking the MAGA mob not to get violent and that she was ‘scared and confused.’

‘And that is not how someone who planned the attack would react,’ Bopp said.

The Constitution’s definition of engagement is broad in that an individual merely has to voluntarily ‘assist’ the insurrection.

One of the attorneys for the voters, Andrew Celli, showed a number of Greene’s tweets to the courtroom that encouraged Trump supporters to come to Washington on January 6.

She pointed out that she ‘had no knowledge of any attempt’ to interfere with the process of counting Electoral College votes.

Greene answered ‘no, that’s not accurate’ when asked if she wished that Congress not certify now President Joe Biden as the winner of the 2020 election – but affirmed that she still believed in the so-called big lie, that former President Donald Trump lost the election to widespread voter fraud.

She added that her husband went to his polling place and was told that he had already voted absentee, which she said he hadn’t.

Throughout the Friday hearing, Bopp objected to Celli’s line of questioning, while Judge Charles Beaudrot grumbled over the voters’ attorneys calling of a law professor to give a history lesson.

‘The Governor of Georgia, Brian Kemp, and Secretary of State, Brad Raffensperger, perhaps in collusion with the Radical Left Democrats, have allowed a horrible thing to happen to a very popular Republican, Congresswoman Marjorie Taylor Greene,’ the ex-president said, misplacing the blame on two political enemies – Kemp and Raffensperger – who have nothing to do with the case.

Five friends cracked case of 1966 murder and discovered he had been killed by...