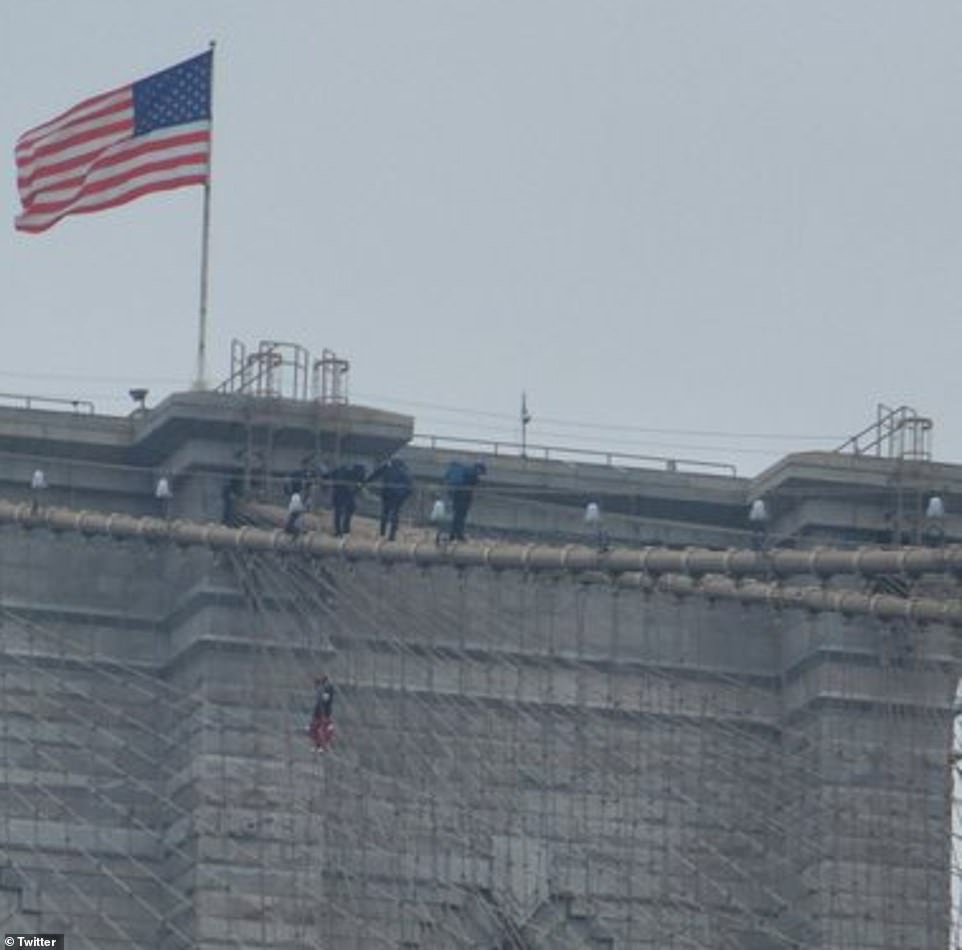 There was rush hour chaos on Thursday at the Brooklyn Bridge after a man in a red baseball cap and pants scaled the cables then clung on before being coaxed down by the NYPD.

It’s unclear what the climber’s motives were, but the incident brought traffic to a standstill as worried commuters looked on.

The man scaled the bridge then was seen clinging onto the cables as multiple police officers ‘dialogued’ with him.

Eventually, he agreed to climb back down to safety. Video shows him sliding down the cable in his white socks, before being grabbed by NYPD officers from the Emergency Services Unit.

He has now been taken for a psychiatric evaluation.

The incident closed two lanes of east bound traffic temporarily at around 8am on Thursday.

The man is shown here, during the stand off, near the top of the Brooklyn Bridge. It remains unclear why, but he scaled the iconic bridge in his socks during rush hour 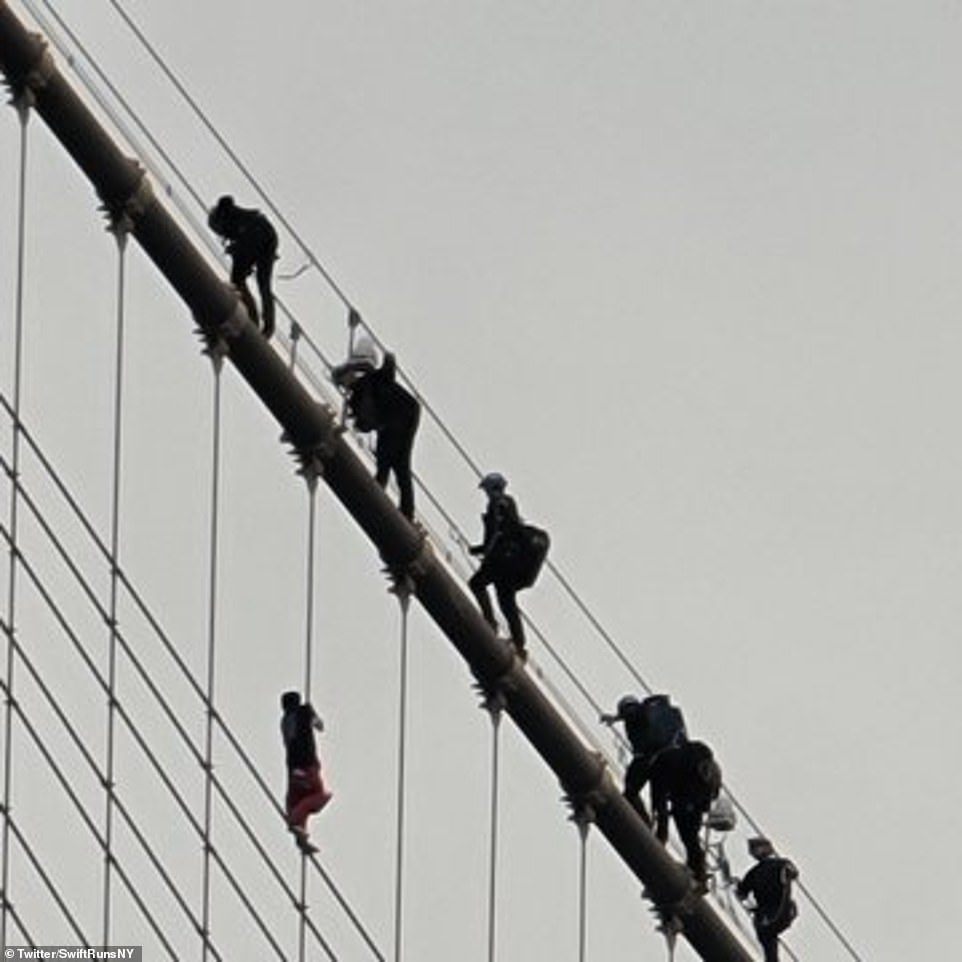 Multiple NYPD officials convinced the man to come down to safety 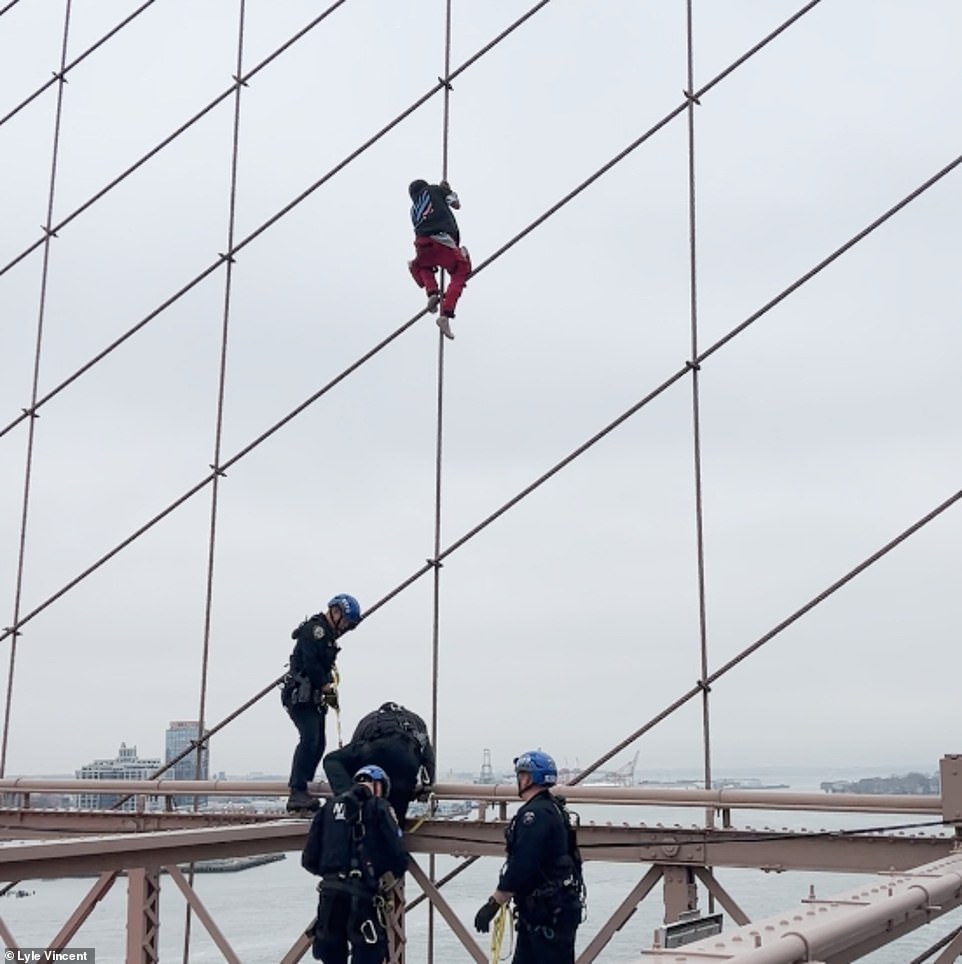 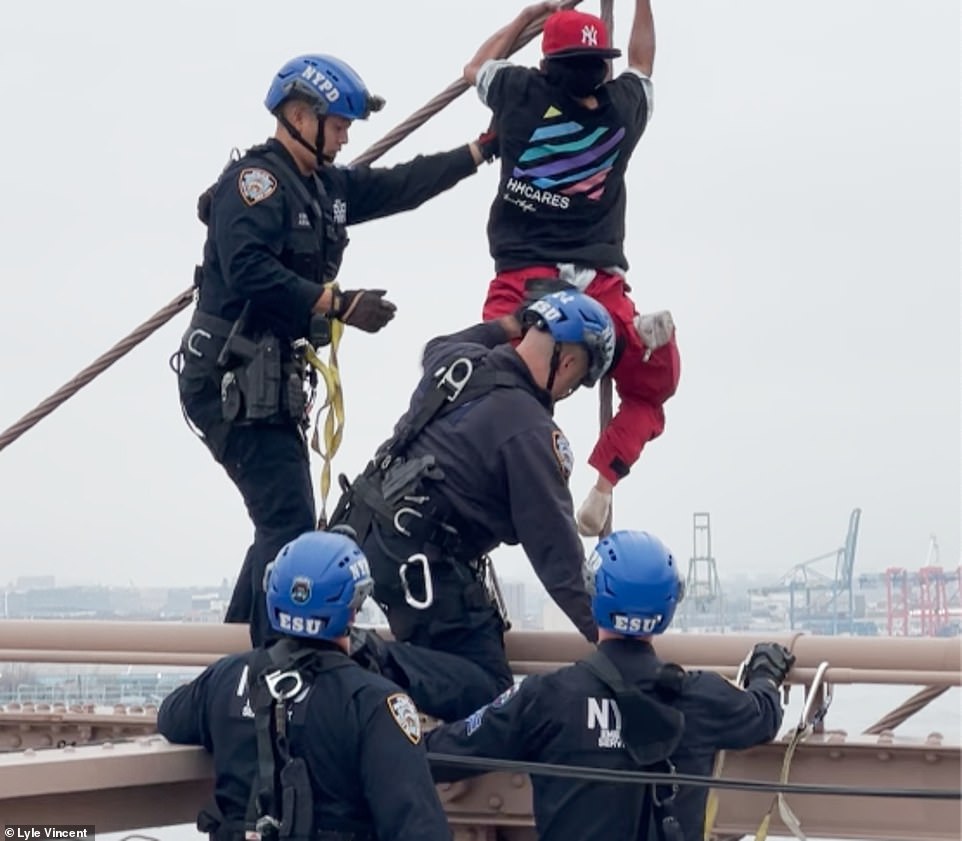 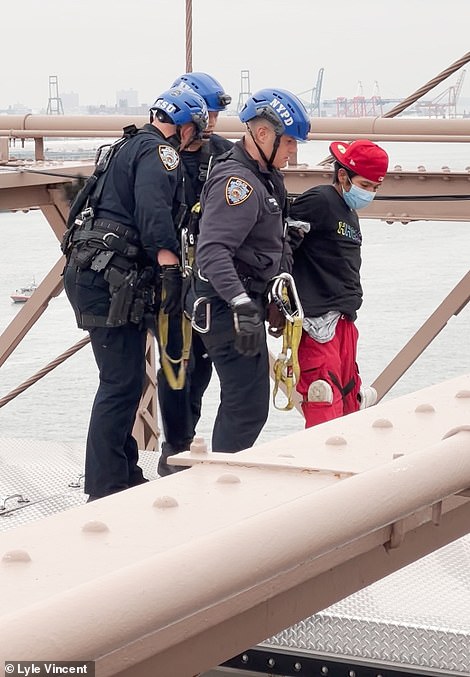 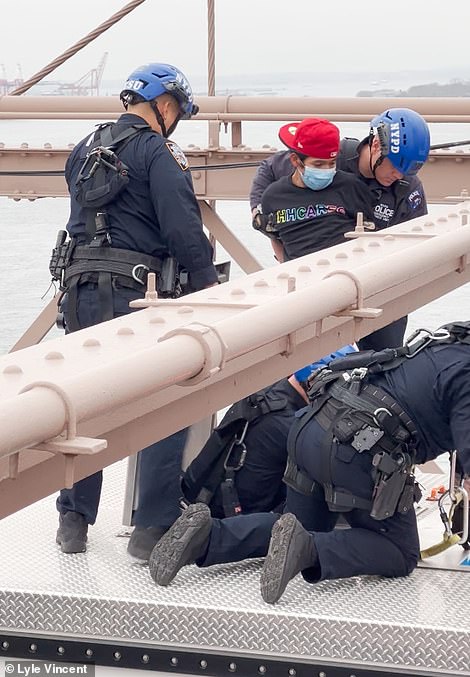 The unidentified man was taken away by cops. He was wearing an HH Cares t-shirt. HH Cares is the environmental charity arm of the Howard Hughes Corporation, a property development firm 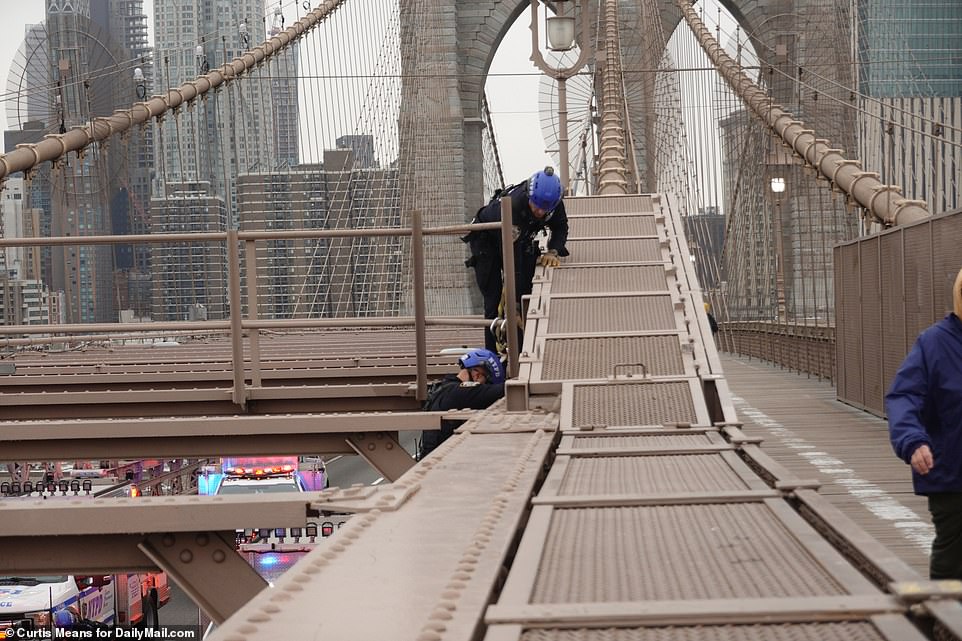 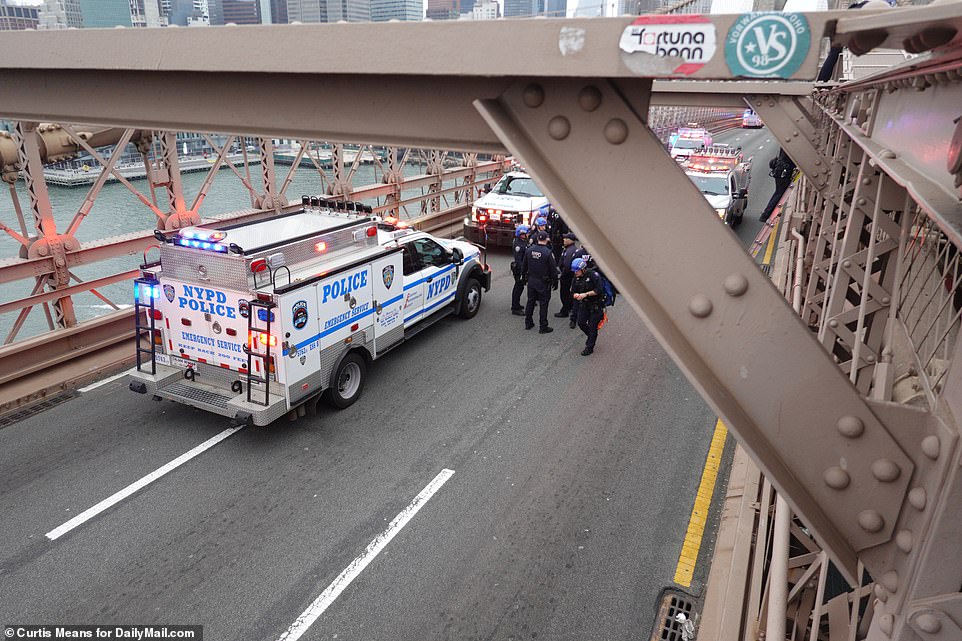 How Aussie cricket coach’s wife caught him with girls and nude Bumble pics after...

Andrew Tate and brother whinge that Romanian authorities ‘are trying to steal our cars...

JAN MOIR: I wanted to watch Harry and Meghan’s terrible betrayal up close