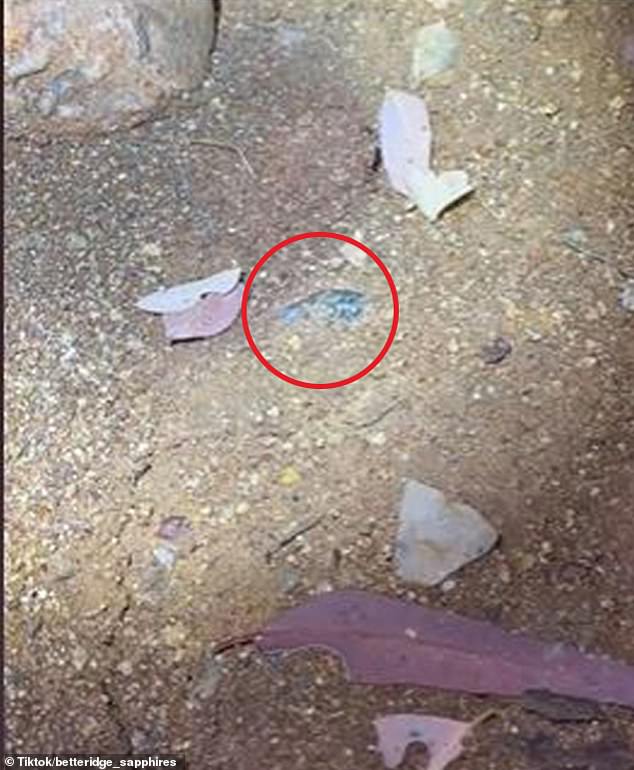 An Australian man made the find of a lifetime when the ‘glimmer sticking out of the dirt’ he saw on an evening walk turned out to be a sapphire the size of a ‘small child’s fist’.

Matt Betteridge found the ‘very rare’ gem about 100m from the mining claim he lives on at the Reward fossicking land near Rubyvale in Queensland’s sapphire gemfields.

At first, Mr Betteridge was quite casual about his find – so much so that he went back to the camp get his phone so he could film himself digging it out.

When he got back, he said ‘I don’t think you know the level of restraint it takes to not dig these sapphires out when I find them’.

If he’d had any idea of the value of what he was about to pull out of the ground, though, he surely would not have let it out of his sight for a second.

That glimmer in the dirt turned out to be an 834-carat sapphire worth an estimated $12,500.

All that glisters is not gold, as Shakespeare wrote. Sometimes it’s an 834-carat (pictured) sapphire worth $12,500, as he didn’t write

In his TikTok video that has already had well more than 250,000 views, Mr Betteridge first showed how someone else had recently searched nearby but had failed to notice the glittering prize just metres away.

‘See the sparkle on that,’ he said as he brought the camera closer to the stone.

As he started to scratch around it he began to realise how big it was, saying ‘Ooh, it’s got some size.’

‘Oh, look at that. Holy dooley,’ he said as he exposes the rock to the light of his phone camera.

‘What the hell, guys. I just topped my biggest one again. What the hell. Sorry, I can’t even speak. Look at that.’

He rubbed the dirt off the sapphire to show it to viewers and estimated that it was 400 carats.

After saying that, the image on the video clip said ‘843ct!!!!! Gotta work on my guestimations’.

Mr Betteridge’s joy at his find then became infectious as he said, ‘Alright guys, I’m going to home and scrub this up.

‘This is so huge!’ he said, followed by more joyous laughter.

In a follow up video made the next day, after cleaning the dirt off, Mr Betteridge presented the sapphire ‘in all her glory’. 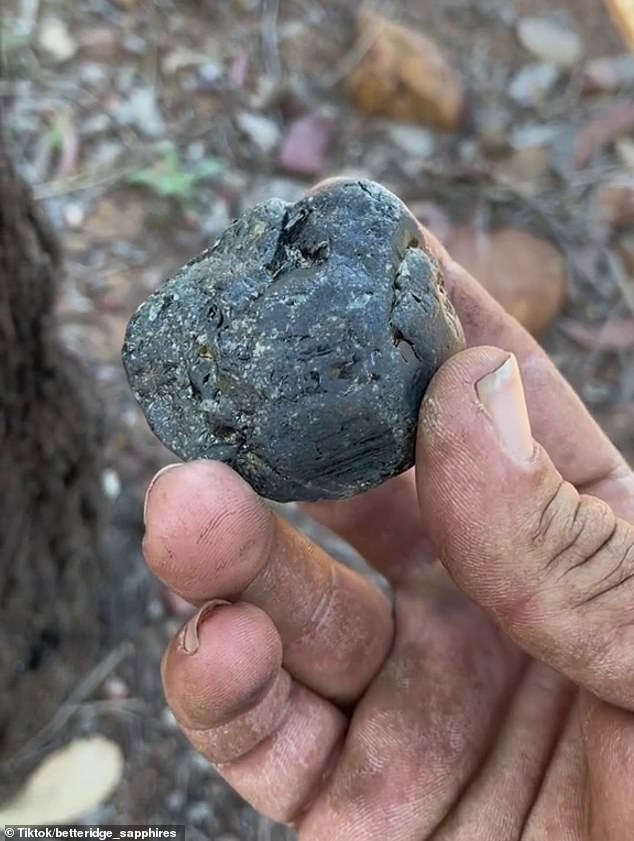 As is sparkled in the sunshine, he said it was ‘834 carats of beautiful Australian sapphire’.

He then twirled it around in his hand to point out the crystals in it. ‘How awesome is that?’ he said.

Mr Betteridge then said it had an estimated value of $12,500.

‘That’s going in the collection, for now,’ he said.

‘This is a nice specimen. Won’t be for sale, unfortunately.’

He didn’t close down the possibility entirely, though.

‘But then again, everything has a price. You know what they say, money talks.

‘Beautiful. Let’s see what else I can pull from the dirt out here.’ 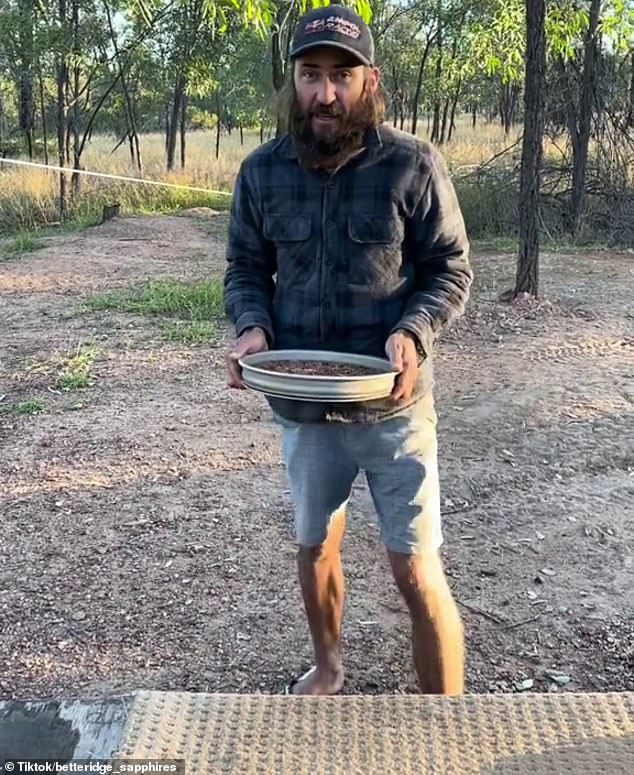 Rubyvale is one of the largest sapphire-bearing areas in the world.

Gem hunters believe they have a better chance of finding something valuable after rain because it washes away some topsoil, and the region had been inundated with heavy rain and flash flooding.

The Bureau of Meteorology said Rubyvale had 182mm from October 16 to October 21.

Mr Betteridge encouraged others to see if the could replicate his great fortune.

‘It was found on general fossicking grounds … everyone can have a go,’ Mr Betteridge told the ABC.

‘Grab a fossicking ticket and camping permit and try your luck.’

‘When you get something … like an 830-carat sapphire, that’s phenomenal,’ he said.

Mr Betteridge does not want to see his find cut up into smaller pieces, which Ms Levonis agrees with.

‘These sapphires grew hundreds of thousands of years ago,’ she said.

‘There are no more coming … and we need to respect that when you see something that’s 800 carat.’

Ocean Shores not just for retirement by Lindy

All You Need To Know About Graphics And Animation Courses