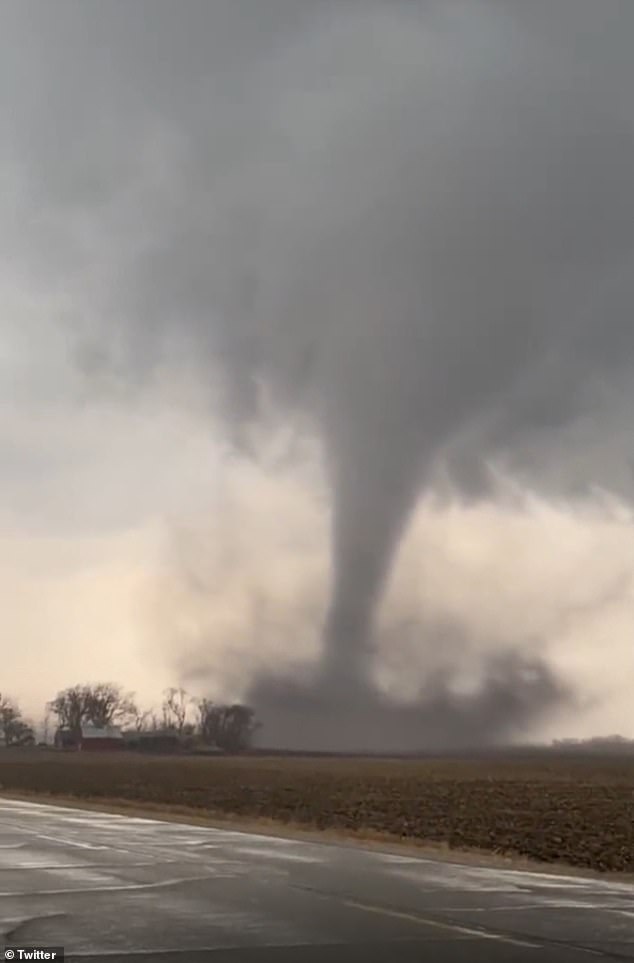 Tornado watches and warnings remained in effect for northern Iowa, a section of central Texas and parts of Louisiana Tuesday night as the dangerous storm system is expected to continue through Thursday.

The National Weather Service Storm Prediction Center has issued level 4 out of 5 ‘moderate risk’ of severe weather and for a large part of the Mississippi Valley on Wednesday, citing ‘the potential for strong tornadoes and very large hail.

A tornado touches down in Iowa Tuesday. Watches and warnings remained in effect for northern Iowa, a section of central Texas and parts of Louisiana into Wednesday as the dangerous storm system is expected to continue 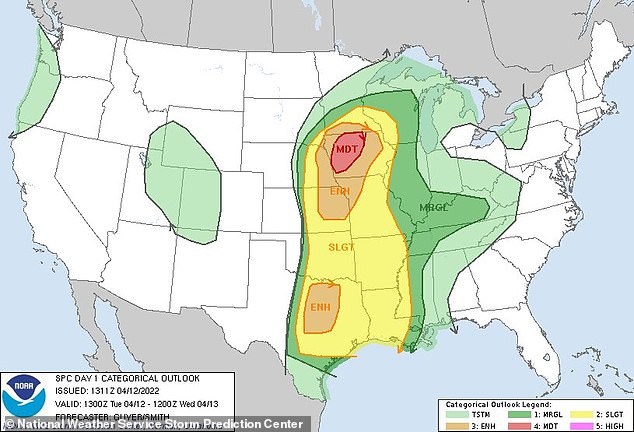 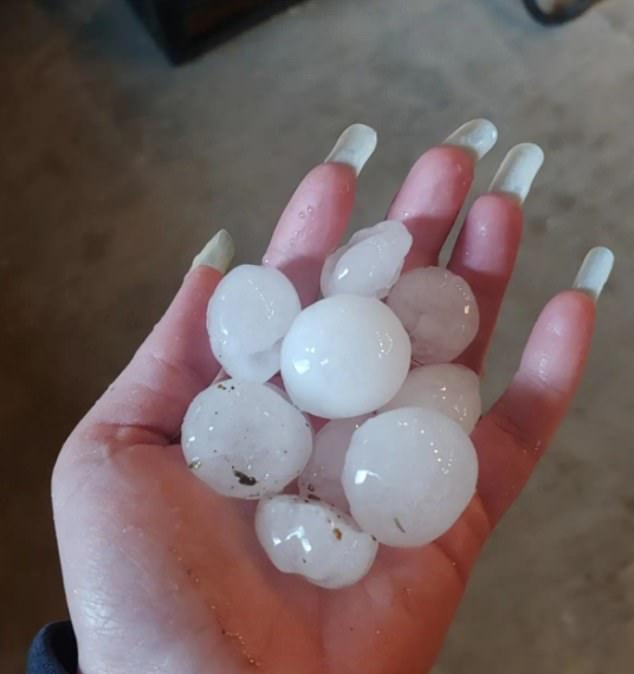 One tornado swept through the Texas town of Salado, damaging homes in Bell County, and produced massive hail, some nearly six inches in length

One tornado swept through the Texas town of Salado, damaging homes in Bell County, and produced massive record breaking hail, nearly six inches in length, according to photos posted to social media.

Officials say 23 people were hurt in the Bell County storm with 12 people taken to the hospital, and one was reported to be in critical condition.

The tornado was on the ground for an estimated 7 miles, according to Bell County Judge David Blackburn.

There were reports of people trapped in the homes in Bossier City, Louisiana, according to KSLA. And thousands of SWEPCO customers temporarily lost electrical service.

Nearly 81,000 customers in Texas were without power early Wednesday morning, about 10,000 in Iowa, and 72,000-plus customers in Louisiana, according to a utility tracking site.

Storms are expected to continue through the night and into Wednesday with damaging winds and possible tornadoes.

‘Numerous severe thunderstorms appear likely across a large portion of the lower/mid Mississippi Valley into the Midwest, and lower Ohio Valley on Wednesday,’ the NWS Storm Prediction Center said. 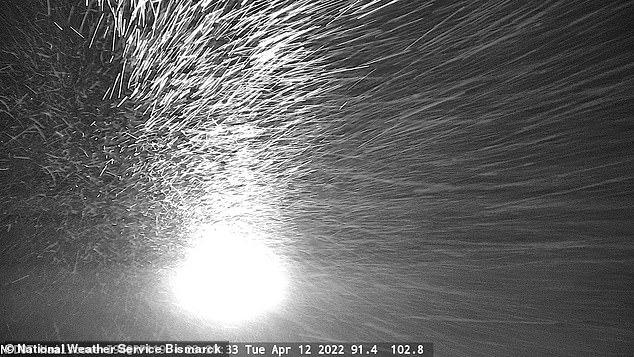 A blizzard slammed North Dakota with whiteout conditions, and meteorologists said it could rage into Thursday, becoming one of the biggest in a quarter century 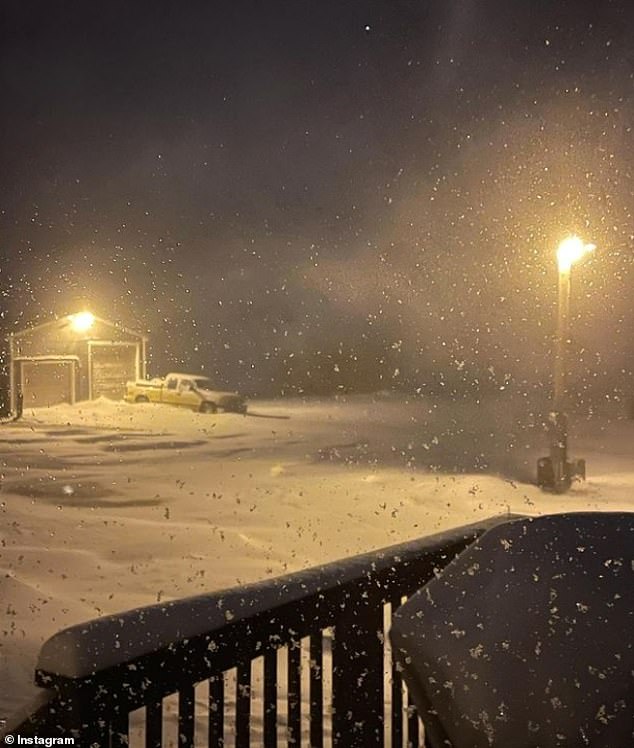 Two feet of snow were predicted across much of the state and northern cities such could see up to 30 inches by Thursday, when the weather system was expected to move northeast

Earlier on Tuesday, a major blizzard slammed North Dakota with snow, high winds and whiteout conditions, and meteorologists said the spring snowstorm could rage into Thursday, becoming one of the biggest in a quarter century.

Bismarck Airport canceled all flights for the day. State offices closed at 12:30 p.m. local time and residents were urged to stay off roads due to treacherous conditions.

‘Its definitely looking like its going to pack a punch,’ Rick Krolak of the National Weather Service office in Bismarck said of the storm, which began blowing snow across the city early on Tuesday morning.

Two feet of snow were predicted across much of the state. Northern cities such as Minot could see up to 30 inches by Thursday, when the weather system was expected to move northeast and out of the region.

Krolak said the storm brought to mind the blizzard of 1997 that hit on April 4 of that year, dumping up to two feet of snow in some areas, knocking out power to thousands of residents and leaving motorists stranded on major highways.

The National Weather Service warned of potential power outages from this year’s storm as well.

A separate weather system brought thunderstorms, high winds, heavy rain and hail across the U.S. Midwest and into the south.

The National Weather Service issued tornado warnings were issued across the state on Tuesday and the University of Central Arkansas canceled all classes for the day.