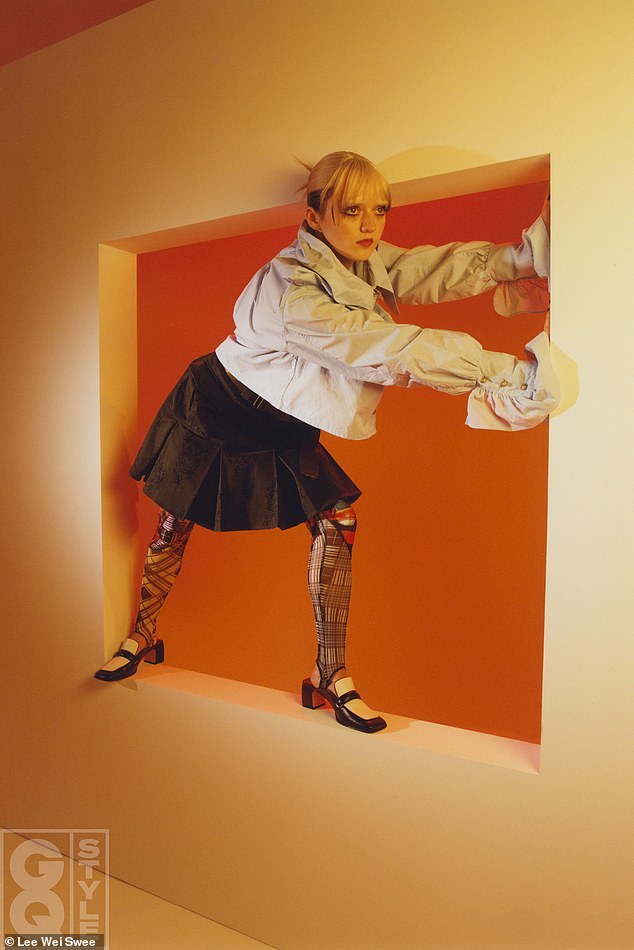 ‘And it worked out – I got the part!’ Maisie Williams reveals she wore a sheer top for her second Zoom audition as exhibitionist Jordan in new Sex Pistols biopic – as she channels the punk pioneer in edgy GQ shoot

Maisie Williams says she was hesitant to accept her latest role as pioneering punk Jordan Mooney after discovering the script demanded she strip off – before overcoming her nerves to go topless during an audition.

The real Mooney – a former SEX boutique sales assistant who became one of the early faces of the bourgeoning ’70s punk scene – tragically passed away aged 66 on April 3 following a battle with bile duct cancer.

Opening up: Maisie Williams tells GQ Style she was hesitant to accept her latest role as pioneering punk Jordan Mooney after discovering she was required to strip off

But Williams, 24, will bring her to life in the new biopic after putting her reservations regarding its nudity to one side in order to embody the character during a remote audition.

With Jordan’s exhibitionism in mind, the actress wore a sheer top while auditioning over ZOOM with director Boyle – a dedication that immediately impressed the filmmaker.

The actress had initially harboured concerns over the topless scenes pencilled into Boyle’s script – to the point of drafting him a note in which she outlined her issues.

Explaining her hesitancy. she explained: ‘Just because of everything that happens in the industry and all the horror stories I’ve heard. 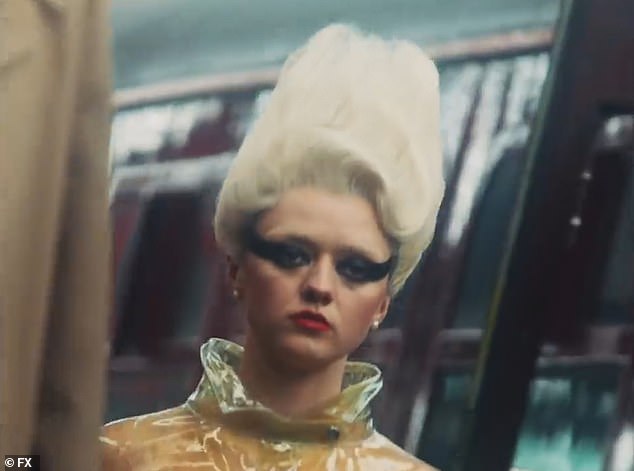 Coming soon: The actress will play the iconic Mooney in director Danny Boyle’s forthcoming six-part drama Pistol, a biopic based on the rise of punk band The Sex Pistols

The actress – who also features as cover star for the publication’s latest edition – became a household name thanks to her breakout role as the tenacious Arya Stark in HBO fantasy drama Game Of Thrones.

Williams was just 12 years old when she filmed her first scenes as the hugely popular character, but admits she slowly began to struggle with the role while growing into adulthood.

She said: ‘I think that when I started becoming a woman, I resented Arya because I couldn’t express who I was becoming, and then I also resented my body, because I wasn’t aligned with the piece of me that the world celebrated.’ 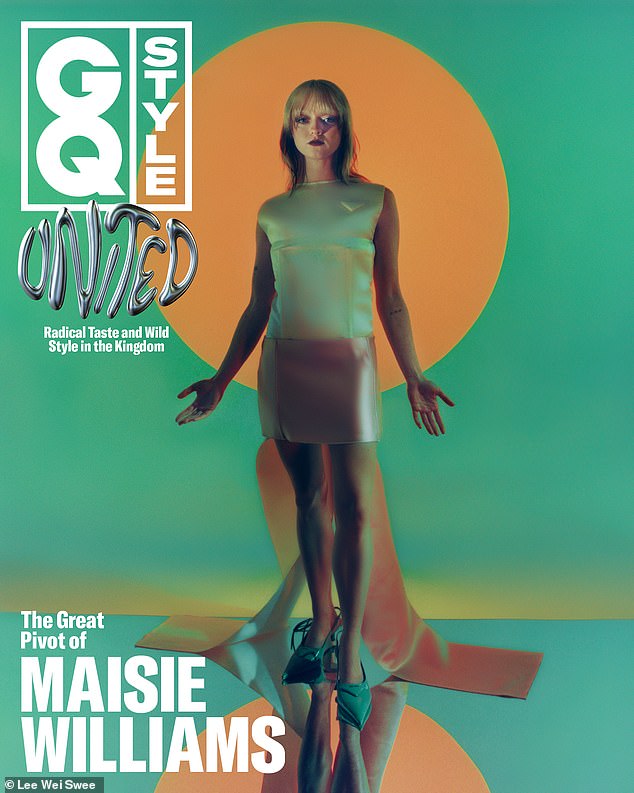 Centre of attention: The actress discussed her new role while featuring as a cover girl for the GQ Style Spring/Summer 2022 issue 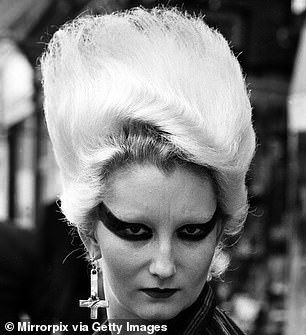 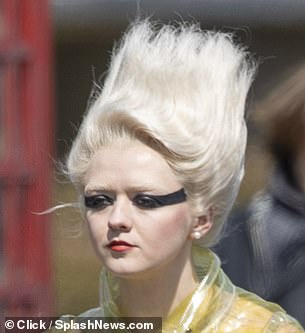 The real deal: Mooney’s distinctive look made her a symbol of the punk scene as The Sex Pistols rose to prominence in the mid-seventies (pictured left, Mooney in 1976, and right, Williams on the set of new drama Pistol) 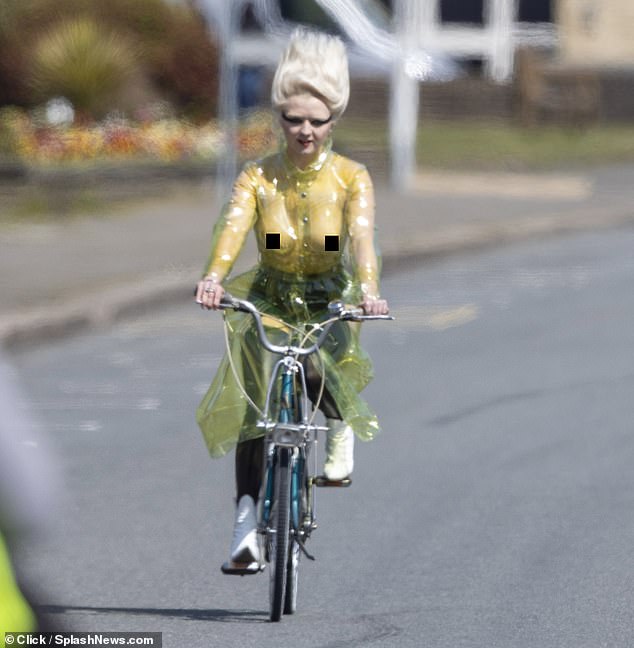 Racy: Williams will bring Mooney to life in the new biopic, albeit with initial reservations concerning the topless scenes pencilled into Boyle’s script (pictured on set in Dover)

Unlike many of her co-stars, Williams managed to see out the show’s eight season run relatively unscathed, with Arya sailing off to explore unchartered territory after playing a key role in defeating the White Walkers.

And the actress doesn’t rule out revisiting the character as she continues her adventures – but admits a potential spin-off won’t happen any time soon.

‘I’m not saying it would never happen, but I’m also not saying it in this interview so that everyone goes… “The spin-off! It’s coming!” Because it’s not,’ she said. 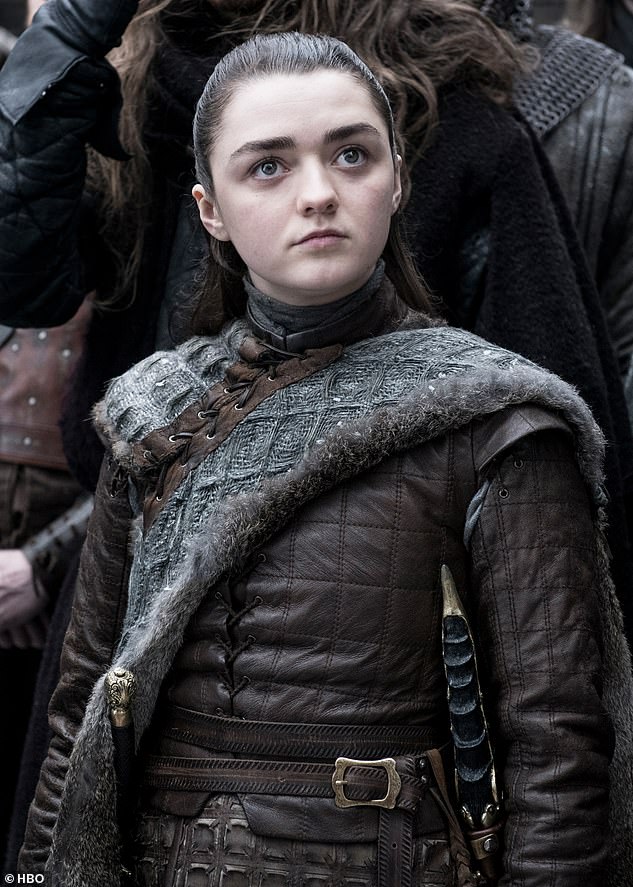 Old times:  The actress became a household name thanks to her breakout role as the tenacious Arya Stark in HBO fantasy drama Game Of Thrones