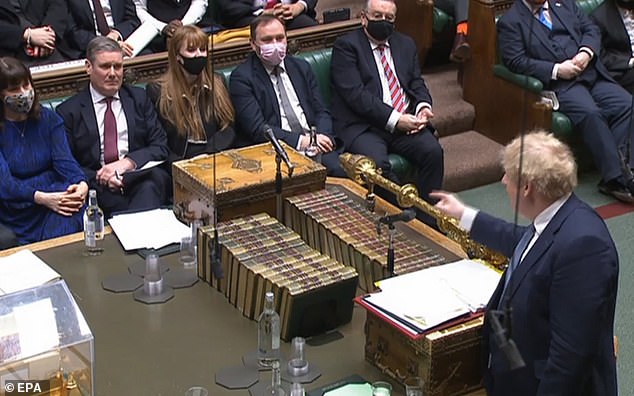 MAIL ON SUNDAY COMMENT: Party leaders should clash over big issues, not cake and curry

Sir Keir Starmer KCB QC, a former Director of Public Prosecutions, is in the sort of trouble such a person really ought to know how to avoid.

After many weeks of denouncing the Prime Minister for supposed lockdown misdemeanours, he finds himself daily more deeply mired in suggestions that his own behaviour during the Covid regime was less than perfect. Such a person really should not now be under investigation by the police.

But this trouble is entirely of his own making. He has spent ages digging this pit, so that he could fall into it.

Sir Keir presumably knows that he has not been a very convincing leader of the Labour Party, or of the Opposition.

He has tried hard to distance himself from his disastrous predecessor, Jeremy Corbyn, yet cannot escape the fact that he willingly served in Mr Corbyn’s Shadow Cabinet.

In two years in his position he has not landed a glove on the Government. During the Covid crisis his ‘opposition’ was nothing of the kind. It consisted mainly of demanding more of what the Government was already doing, rather than the riskier but more responsible course of questioning policies that, on occasion, were certainly at fault.

Sir Keir has, in fact, not managed to persuade the nation that he offers an alternative either to the worst elements of his own party or to the Conservatives. He is just there.

Perhaps this was why he chose instead to take the risky personal route of direct attacks on Boris Johnson for social gatherings in Downing Street.

And yet even as he did so, the evidence of similar behaviour on his part was in the public domain. Film of him swigging from a bottle of beer in Durham was taken a year ago, and promptly found its way on to social media. More strikingly, the Labour leader’s own office knew perfectly well that a number of claims made in his defence were not accurate.

His official timetable for his Durham visit has been seen by The Mail on Sunday. It clearly shows that the beer and curry gathering at Durham Miners Hall was pre-arranged. Just as clearly it was timetabled to end at 10pm, and that there were no further engagements or work planned later, exploding the absurd excuse that the event was just a break in campaigning.

The presence of deputy leader Angela Rayner, denied by party officials, is stated right at the top of the document. How can they still say that their original claims that she was not there were merely a mistake? 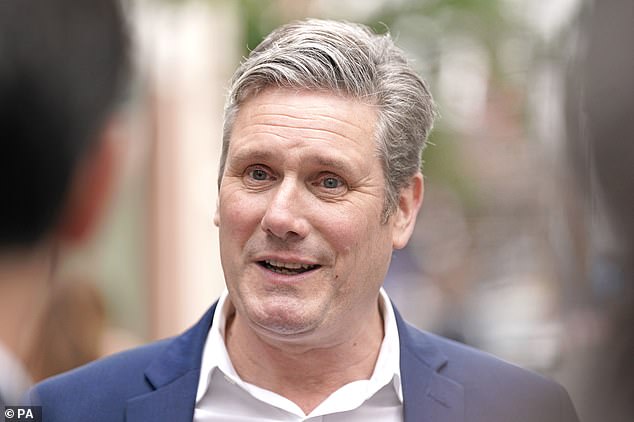 Sir Keir has been very free with his calls on the PM to resign over the supposed outrage of Partygate. But this newspaper does not believe that Sir Keir should resign over his behaviour in Durham. Instead, he should recognise that he is making a fool of himself, and politely regret his error.

The rules that he apparently broke now look increasingly ludicrous and his demands that the PM should quit look pious and idiotic. Is this really what politics has come to?

Meanwhile the operators of the Labour Party machine, supposedly so slick, need to reconsider their behaviour, too. Backbenchers and officials of all parties sometimes play a little rough in the hurly-burly of campaigns, but civilised politics is damaged when leaders resort to personal attacks on their opposite numbers as a substitute for debate or criticism.

A General Election, in which many great issues will be raised, is approaching. Can we please be sure that it will not be fought over cakes, wine, curry or beer, but over how the country should be run?

Elon Musk says FTX founder set his BS meter off when he offered to...

Bodies of a woman and young boy found in Gungahlin pond in Canberra as...