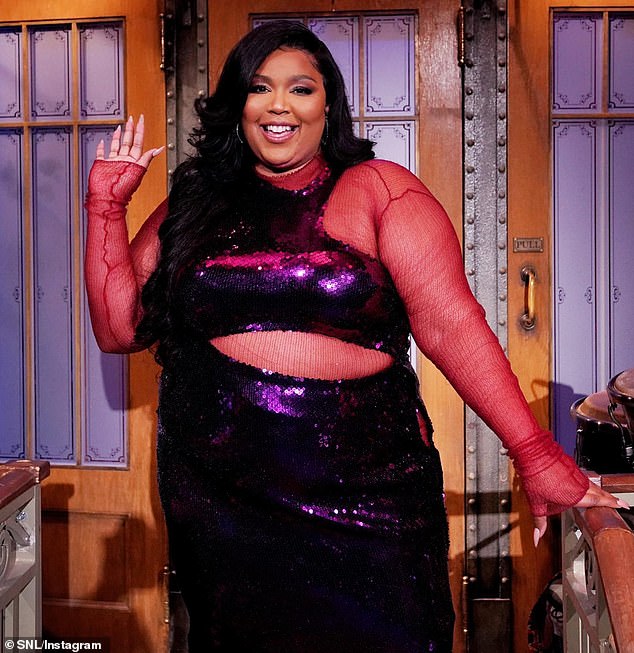 ‘There’s no clone Lizzo!’ Singer jokes as she gears up to host AND perform on Saturday Night Live in new teaser with Kenan Thompson

Lizzo is getting ready to step into a new spotlight.

The Grammy winner will host Saturday Night Live and serve as the musical guest as well.

In a series of promo videos for the show the Good as Hell singer pairs up with cast regular Kenan Thompson who asked,’ Man, singer, rapper, dancer, actress, flautist. Lizzo, is there anything you can’t do?’

Live from New York: Lizzo is preparing to host Saturday Night Live and perform as the shows musical guest

The versatile artist may want to add comic to the list, after keeping a straight face and delivering the line, ‘Well, actually there is one thing. I am incapable of folding a fitted bed sheet.’

After which the funnyman asks her if she is like him and sets it on fire when he’s frustrated. She answered, ‘No, I just sort of ball it up and stuff it in my closet.’

‘Oh. Smart,’ he said. ‘Thanks Kenan.’ after which the actor said ‘boring’ under his breath. 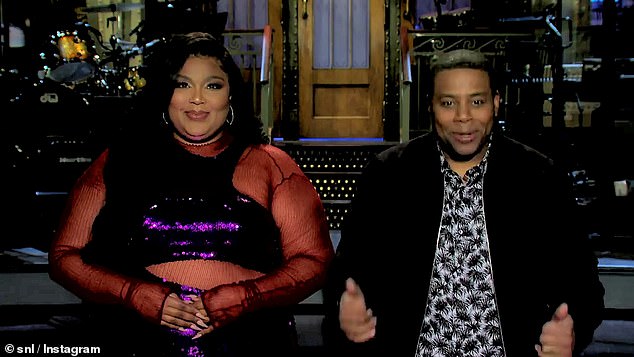 Funny as hell: The versatile entertainer is adding comedian to her list of accomplishments after yukking it up in a series of promos for the episode with cast member Kenan Thompson

In another, Kenan asks ‘How are you doing host and musical guest – did they clone you?’

‘No, of course not, there’s no clone Lizzo,’ she laughed.

Then we hear the actor’s inner voice saying, ‘That’s exactly what clone Lizzo would want me to think.’

The 33-year-old entertainer has been busy behind the scenes, going through rehearsals for both skits and the musical performance. 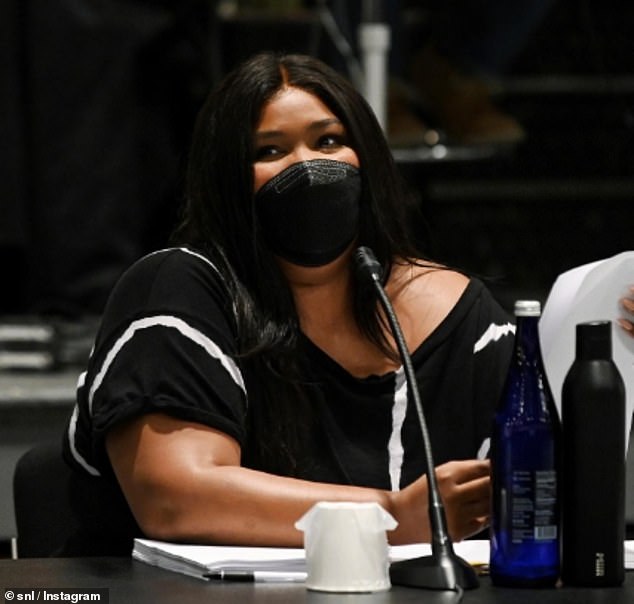 Behind the scenes: Lizzo has been busy with learning scripts and going through rehearsals for the big show

Earlier this week, the Truth Hurts singer announced she would release her second full-length major album, Special, on July 15.

To add to the excitement she dropped her new single, About Damn Time with an accompanying music video.

In an interview with Apple Music’s Zane Lowe about the new era of music, she told him the song ‘can lead into so many conversations.’ 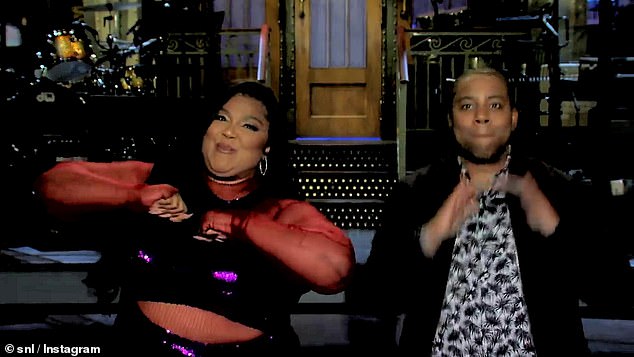 New single: Lizzo dropped a new single, About Damn Time, ahead of her big night. Kenan joked in one promo that he would be one of her backup dancers

Kate Moss, 48, is the picture of modern elegance in a black floral maxi...