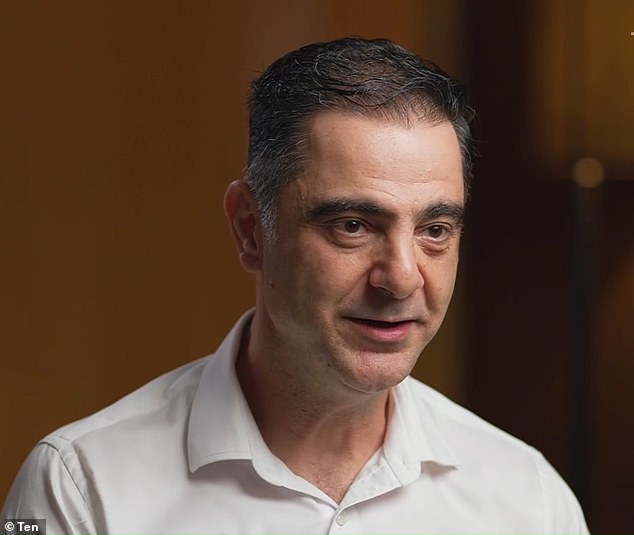 A Lebanese-Australian former politician has accused Scott Morrison and his allies of a launching vicious smear campaign against him in a desperate bid to secure the future PM a seat in Parliament years ago.

During a live TV interview with The Project’s Waleed Aly days before the federal election campaign is announced, Michael Towke doubled down on his claims that Mr Morrison had spearheaded an effort to smear him a decade-and-a-half ago.

Mr Towke and Mr Morrison were both vying for pre-selection for the seat of Cook, which takes in part of the Sutherland Shire, in Sydney’s south, prior to the 2007 election.

Mr Morrison was ultimately successful, while Mr Towke’s career in public life came to an end.

But on Wednesday evening Mr Towke stepped into the spotlight to accuse the PM and his then factional allies of circulating rumours to tarnish his reputation, claiming Mr Morrison’s camp whipped up negative stereotypes about Lebanese-Australians in a bid to tarnish his bid for office.

Mr Towke claimed Liberal party apparatchiks both publicly and privately smeared him as a Muslim crime figure even claiming he was associated with Neo-Nazis.

There were brazenly false rumours spread that he ran a brothel and was somehow involved in the Cronulla riots.

Mr Towke also claimed he was coerced by senior party officials to drop out of the contest against Mr Morrison or he would ‘never be able to find a job’ ever again.

Mr Morrison has emphatically denied the ‘malicious’ claims he would use a candidate’s racial background against him, after they resurfaced last week.

Several community figures including Danny Abdallah, the father of three children were killed in a car crash, have defended the PM as anything but a racist.

During their bitter 2007 pre-selection pre-selection battle, Mr Towke won the ballot on the first round –  scoring 84 votes compared to Mr Morrison’s eight.

But Mr Towke alleged his popularity immediately began to sink after his political opponents – Mr Morrison and his allies – started spreading ‘two sets of allegations’ – ones privately through the Liberal party and others publicly via the press.

‘The (claims) they published publicly, (were that I) breached Liberal Party rules in signing members up – false – that I exaggerated my academic qualifications, exaggerated my military record, my business record.

‘They ran with the dodgy [Lebanese] angle.’

Mr Towke said efforts to destroy his reputation were ‘pretty nasty’ and he frequently woke up to find himself featured in frontpage newspaper stories ‘based on fabricated material’.

‘That was shocking, stunning. I was numb,’ he said.

‘I would have been the first Australian of Lebanese heritage to be a federal member of Parliament on the Liberal Party side and that’s a bit of history there which they stole from me.’ 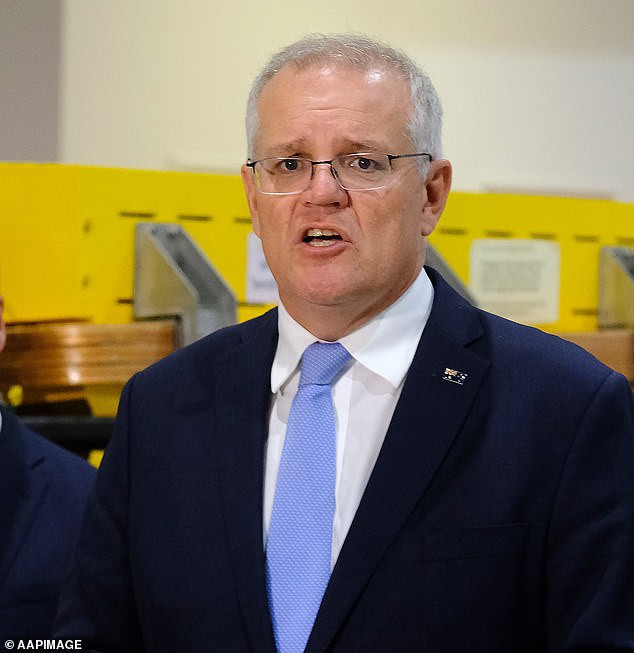 Mr Towke claimed Mr Morrison was ‘front and centre’ of the smear campaign and that ‘it was for him, and he was involved.’

‘He got desperate. They were hoping that I would be knocked out and that they would somehow do some deal and get the votes to fall in behind him,’ he said.

Aly asked why Mr Morrison would attempt to bring Mr Towke down given he was  coming last and would still need to beat several other political candidates to win.

Mr Towke claimed the other candidates who had beaten Mr Morrison during the first pre-selection did not bother to turn up to the second, because they ‘knew this was Morrison’s’.

‘They knew they wouldn’t have the numbers,’ Mr Towke’s said.

He also alleged he was ‘coerced’ by senior members of the party to pull out of the running to hand the seat over to Mr Morrison.

‘They figuratively put a political gun to my head and basically told me they were going to ruin me [and] that I would never be employable again if I didn’t withdraw from the pre-selection and throw my numbers behind Morrison.’

‘And that’s what I did. The hardest pill to swallow was throwing my weight behind the most meritless candidate.’

Mr Towke said he did not stand a chance because he was not ‘one of the boys’ and Mr Morrison is a ‘well-connected’ individual. 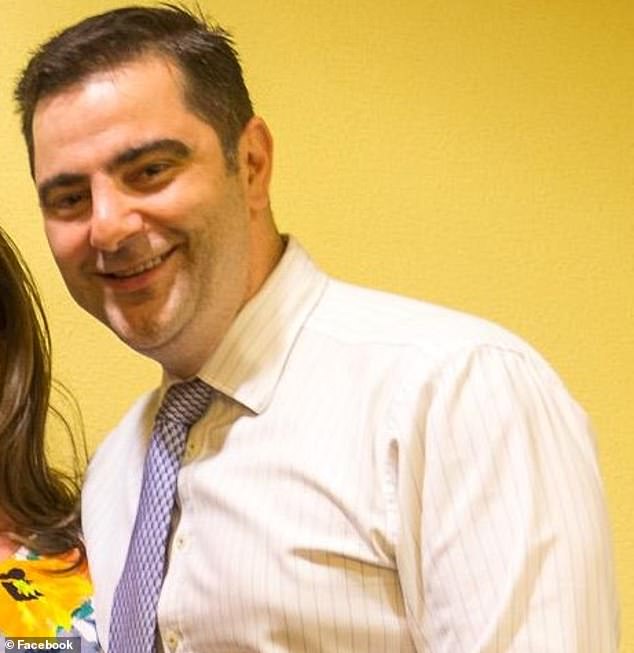 He said formed the belief that his character assassination was spearheaded by Mr Morrison through multiple conversations with people, including journalists.

The ex-politician also denied historical allegations levelled against him by former MP Bruce Baird that he was involved in branch stacking, saying he never signed anyone up without their knowledge.

Mr Towke said he did not imagine the scandal would be revived, and was shocked to wake up last Wednesday to find the saga in the limelight following Ms Fierravanti-Wells speech.

‘I have moved on, but the more that this is unfolding, and just watching the Prime Minister’s very non-credible responses, I’ve chosen now to not remain silent anymore,’ he said.

Mr Towke said he has since received text messages from a cabinet minister expressing their support for him.

‘I have text ministers from a current Cabinet minister saying, ‘I believe you. You just have to be careful,’ he said.

In a 2016 statuary declaration, Mr Chapman claimed he was told by Mr Morrison there would be a swing in Cook if Mr Towke was elected ‘because of his Lebanese background’.

Mr Morrison has denied the racial vilification allegations and on Sunday offered to sign a statutory declaration confirming his account of the situation.

Mr Towke said he wants to see Mr Morrison sign the legally binding form in NSW, not in Canberra, where it can be scrutinised by ICAC.

It was revealed at the weekend that Mr Towke made a legally-binding statutory declaration in 2016 accusing the PM of ‘racial vilification’ during the pre-selection battle.

Mr Morrison is alleged to have told locals in the constituency that no-one Lebanese would be able to hold the seat after the 2005 Cronulla race riots, and allegedly spread the rumour Mr Towke was Muslim. Mr Towke is a Maronite Catholic.

Mr Towke added at the weekend: ‘I stand by the declarations I asserted in my statutory declaration.

‘Among many unedifying tactics used to unseat me from my preselection victory for Morrison, racial vilification was front and centre and he was directly involved.’ 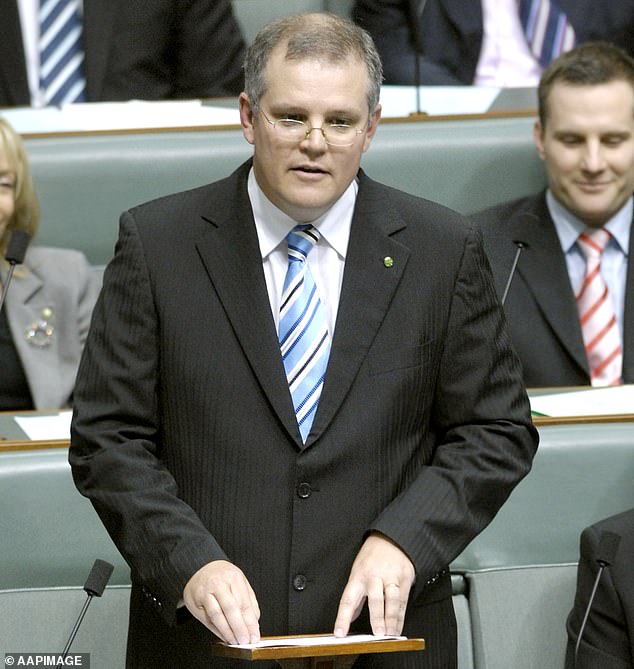 Mr Morrison has strenuously denied all the claims as categorically untrue and has said he would sign a statutory declaration saying just that.

The latest revelations come after the Project host Jan Fran unleashed an explosive attack on Mr Morrison and branded Australia as being ‘full of racists’ in response to the political row.

On Sunday Ms Fran, who is Lebanese-Australian, took to Instagram and Twitter to hit out in a full-frontal attack on the PM and Australians, in a post that began: ‘Strap in, babes!’

She branded the row almost comical as Lebanese people can tell someone’s religion and their village from their surname.

‘But a lack of nuance is the least of our worries here,’ she wrote, before treating the denied allegation against Mr Morrison as a fact.

‘Morrison seems to believe that being a Muslim is so terrible a thing he can use it to ruin someone’s good standing. He can use it as a weapon. A smear!

‘And worse than that – it’s effective. We all know what this says about our country and its leadership but I’ll spell it out. 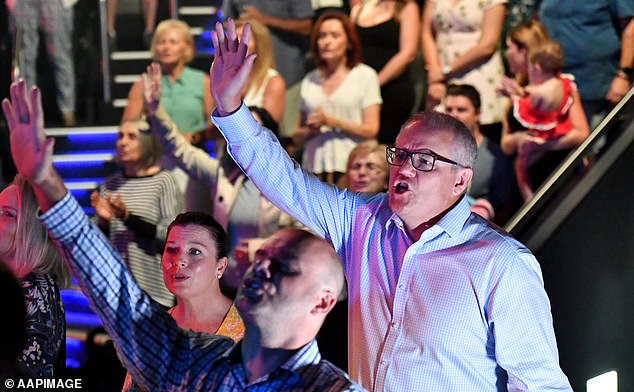 ‘We’re full of racists and there are people ready to exploit that.’

The pregnant mum-to-be branded previous visits by the PM to Lebanese Catholic churches in Adelaide and Sydney’s Punchbowl as insincere attempts to win votes.

‘Lemme tell you what ethnic minorities have known since forever in this country.,’ she wrote.

‘Those in power (and it ain’t just Morrison) will use you when it’s politically expedient.

‘The solidarity, appreciation, respect they show is always, ALWAYS conditional. They will turn on a dime.

She added: ‘They’ll come to your church and wax lyrical about the ‘deep appreciation’ they have for your heritage.

‘And then they’ll use that very heritage – the one they so deeply appreciate – to throw you under the bus the second they need to.’ 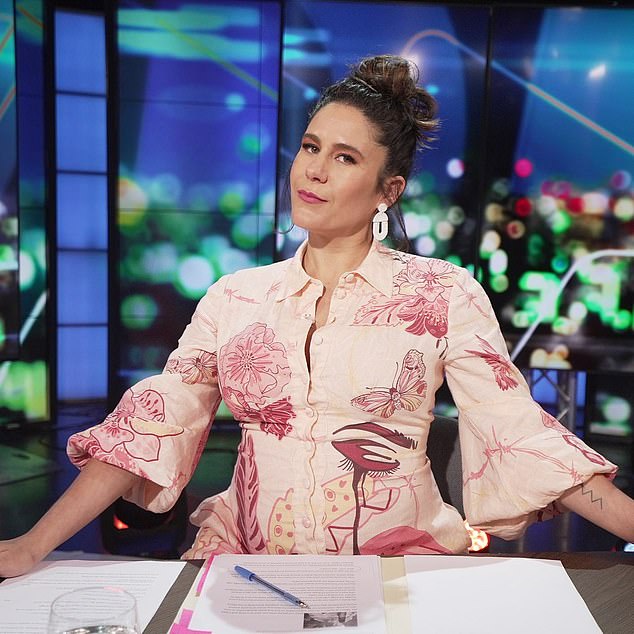 ‘The next time politicians come to your church or mosque or community organisation with a camera (or not)…take it with the largest pinch of salt possible.’

The outburst was liked more than 4,000 times on Instagram with many replies agreeing with her.

‘Instead of having representation from our ACTUAL community, he eliminates the competition that is in fact a Lebanese Maronite, then breaks bread with his people,’ wrote one.

‘And because we are looking for any kind of representation, any kind of sign of acceptance… we take it.

‘You cannot be rumoured to be of a certain religion. What even is that??! The better guy didn’t win because he was sabotaged, as with many of us who a rumoured to be Middle Easterners.

‘Just look at my eyebrows honey the rumours are true. I am furious. Thanks for sharing Jan, means so much to give a hoot. A big Middle Eastern honking one!’

MasterChef judge Melissa Leong packs on the PDA with her boyfriend Rob Mason ahead...

Family of VCU student, 19, who died during hazing launch campaign