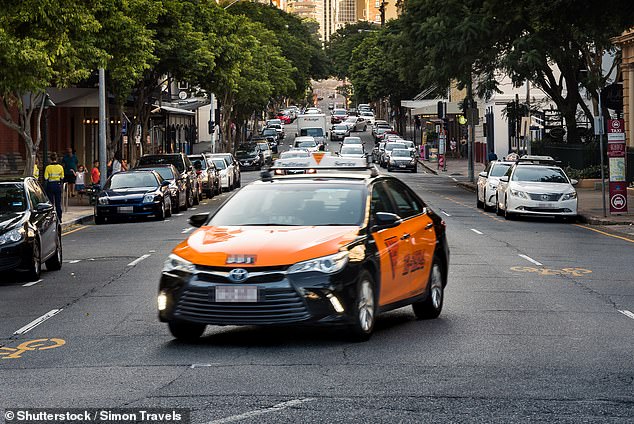 Why taxi drivers are being blamed for train station stabbing that left a man dead: ‘You’re trying to get home … then next thing you’re involved in a punch-on’

The sky-rocketing prices of taxi fares by dodgy drivers may be fuelling violence from furious late-night partygoers, with some charged $70 to travel just 5km.

Fortitude Valley, a notorious party suburb in Brisbane‘s inner city, has seen a rise in violent fights, which precinct secretary Alex Hall said could be worsened by taxi drivers in the area price gouging.

Reports have flooded in of taxi drivers in the busy nightclub district demanding inflated fares be paid upfront, refusing to use their meters and using other dodgy tactics to overcharge.

Brisbane’s Fortitude Valley precinct secretary Alex Hall said there could be a link between overcharging taxi drivers and late-night violence due to frustrated revellers being unable to get home safely (pictured, a taxi in Brisbane) 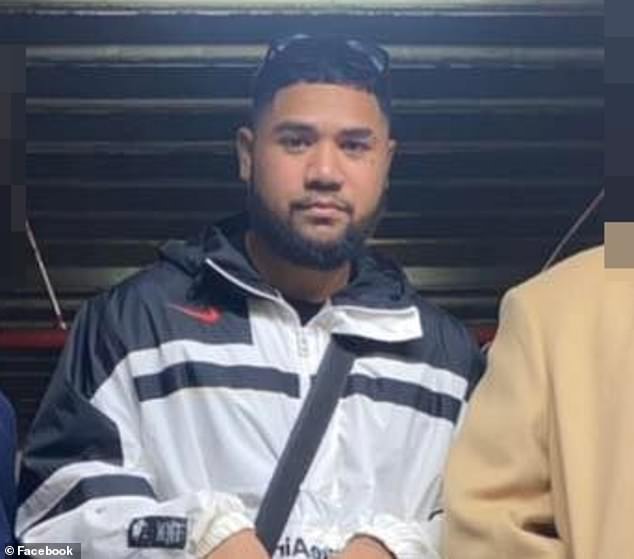 ‘Everyone was complaining in our meetings, it was all over social media, and we have venue staff complaining that they can’t get home after their shifts,’ he told the Courier Mail.

‘It becomes an issue with violence and usually it is people hanging around until 3am or 4am.

‘When you’re a bit drunk, you’re trying to get home, you’re frustrated, then someone says something to you, and the next thing you know you’re involved in a punch-on.’

He added that he was recently charged $70 to travel 5km from Fortitude Valley to Hamilton.

The area has long been synonymous with seedy nightlife and violence.

Recently, 24-year-old Lauie Michael Tagaloa was killed in a brawl above its infamous train station. 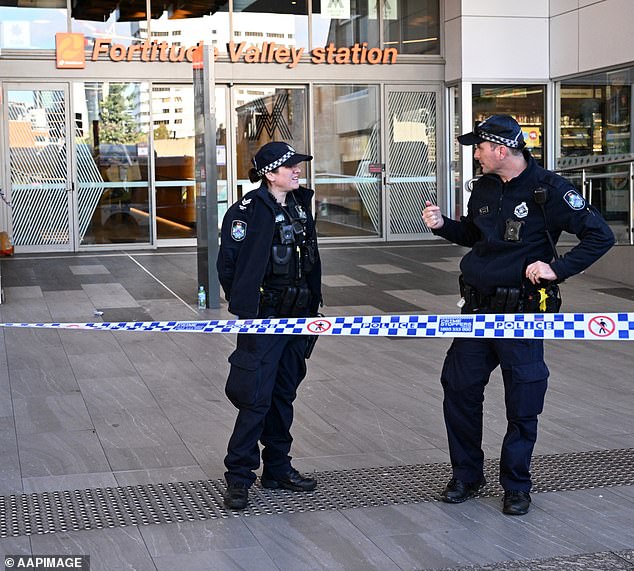 Mr Hall was frustration from being unable to hail a reasonably-priced cab is fueling violence in Brisbane’s nightclub district, like the fight that killed Lauie Michael Tagaloa (pictured, police outside Fortitude Valley train station after Mr Tagaloa’s alleged murder)

Young father Mr Tagaloa’s body was discovered in the Valley Metro food court at about 4am on July 11.

Disturbing footage which remained on social media for several months after his death showed Mr Tagaloa in a fight with several other young men before clutching at his bloody throat, having been stabbed in the melee.

He continued to grip his neck in confusion while his alleged murderers fled the scene.

It is not known what triggered the fight.

Mr Hall said there needs to be firmer consequences in place for taxi drivers who refuse to give revellers a safe ride home for a fair price.

Queensland taxi customers can currently report drivers to The Department of Transport and Main Roads by calling 13 12 30.

Talk dirty to me! RUBBISH BINS groan in pleasure when trash is inserted in...

Sydney Trains delayed or cancelled due to strike

Celtics coach left unimpressed by Wills and Kate’s appearance where they were booed with...