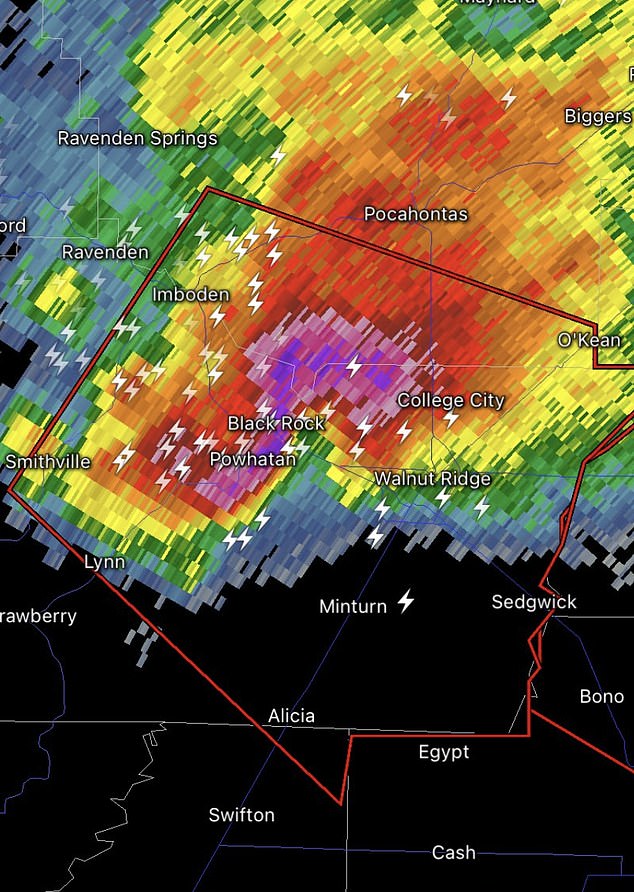 Hail the size of golf balls smashed into parts of Arkansas on Friday night, as high winds and storms ripped across the state, and tornadoes touched down around dusk.

The National Weather Service warned of the possibility of a large and dangerous tornado just after 7pm in Sharp, Randolph and Lawrence counties, KAIT8 reported.

Property damage and downed power lines were reported, as well as hail ranging from golf-ball size to softball size.

Warnings of tornadoes were issued in Oklahoma on Friday night, centered on the town of Black Rock 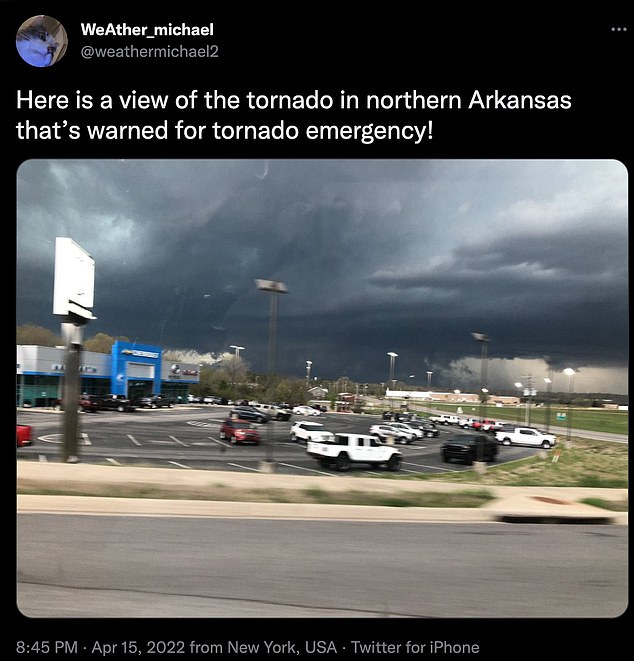 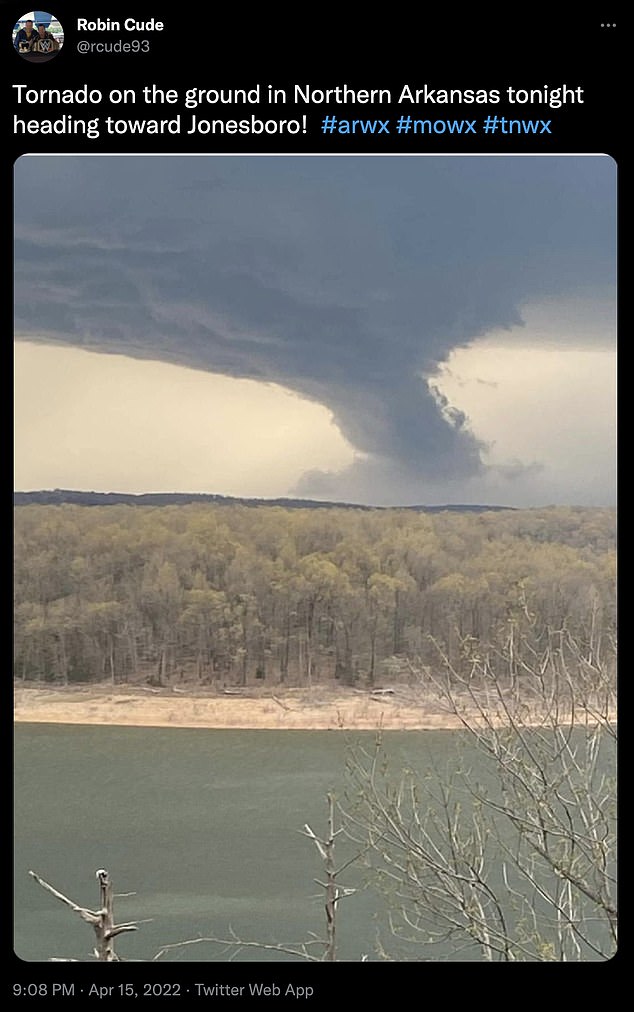 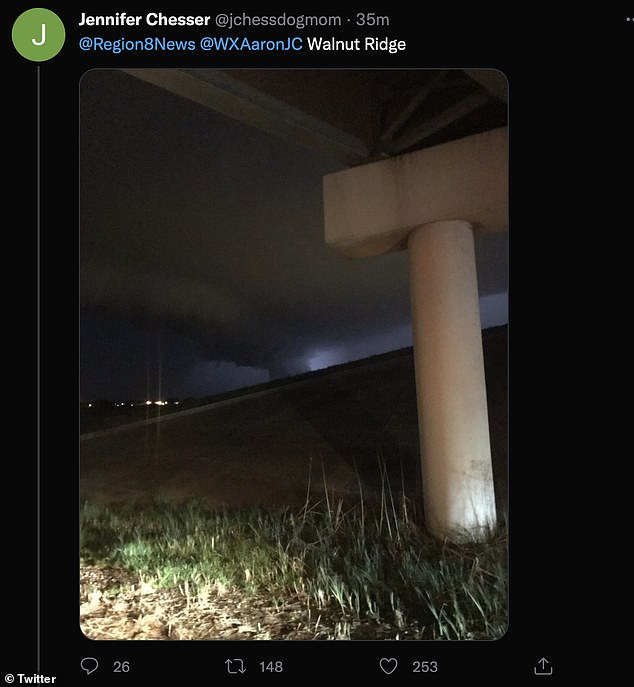 By 8.30pm the storm had hit Craighead and Greene Counties with large hail and strong winds, Region 8 News reports.

The mayor of Cherokee Village said there is ‘severe isolated damage’ on the west side of town.

The scale of the destruction was not known, but reports suggested that cars were flipped and some homes damaged.

A team was traveling to the scene in the morning to assess the damage, KY3 reported.

It was unclear on Friday night whether any people had been injured in the storm.

Earlier in the week, a woman died in Arkansas when a tree toppled on her home in Rison.

Rison is about 55 miles south of Little Rock.

A day earlier, 23 people were injured in the central Texas town of Salado.

The National Weather Service in Fort Worth said Wednesday that the twister was rated an EF3 with peak wind speeds of 165 mph.

Tornadoes were also reported Tuesday in parts of Iowa and Minnesota.

Residents in the small southeastern Minnesota farming community of Taopi were cleaning up after a devastating tornado destroyed half of the town’s homes, toppled tall trees and left piles of debris.

In Montana and North Dakota, much of the region reported at least one foot of snow.

At least one mountain community had already reported nearly four feet of snow by Wednesday morning.

A separate weather system brought thunderstorms, high winds, heavy rain and hail across the Midwest and into the south.

A tornado that was rated EF2 with peak wind speeds of 130 mph struck Taopi near the Iowa border late Tuesday night, tearing the roofs off houses, overturning vehicles and bringing down power lines. There were no reports of serious injuries.

Volunteers arrived Wednesday to help residents clean up the debris in the community of about 80 people. Family members sifted through rubble looking for keepsakes.

‘Half the town is gone,’ City Clerk Jim Kiefer said.

Of Taopi’s 22 homes, at least 10 are beyond repair, with roofs and walls missing, he said.

Kiefer said his house is OK, but his mother’s home is a total loss.

Michelle Williams on first red carpet since welcoming third child at premiere of The...

As Beatles legend Paul McCartney turns 80, CRAIG BROWN gives a insight into what...

Coinbase CEO tells unhappy employees to ‘quit and find a company you believe in’...