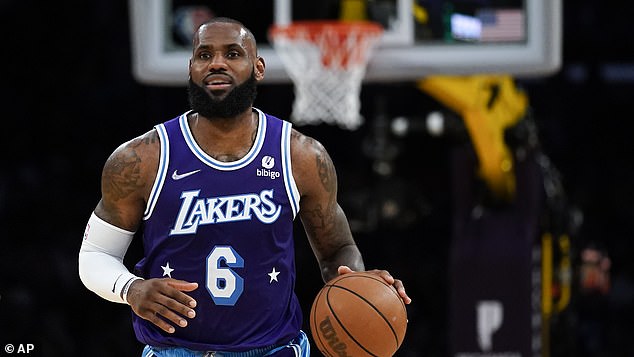 His Lakers failed to make the playoffs and could be headed for a roster overhaul, but LeBron James is still very much the king, financially speaking.

The 37-year-old NBA superstar ranked atop Sportico’s list of the highest-paid athletes for the last 12 months after raking in a reported $127 million in salary and endorsements to edge out international soccer icons Lionel Messi ($122 million) and Cristiano Ronaldo ($115 million). Tennis star Naomi Osaka ranked atop all female athletes, and 20th overall, with $53.2 million in earnings, most of which came from endorsement deals as she missed several tournaments while battling mental health issues.

Sportico’s top-100 list included athletes across 10 sports, who earned an estimated $4.5 billion in salary, winnings, and endorsement deals, which is a 6-percent increase from last year.

Although the Lakers failed to make the playoffs, LeBron James ranked atop Sportico’s list of the highest-paid athletes for the last 12 months after raking in a reported $127 million 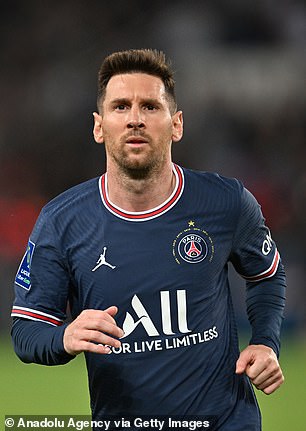 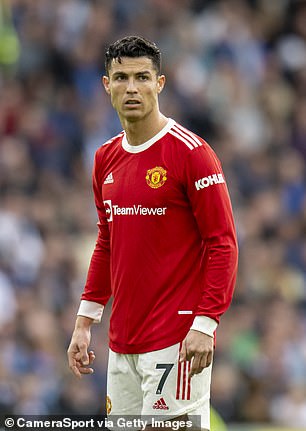 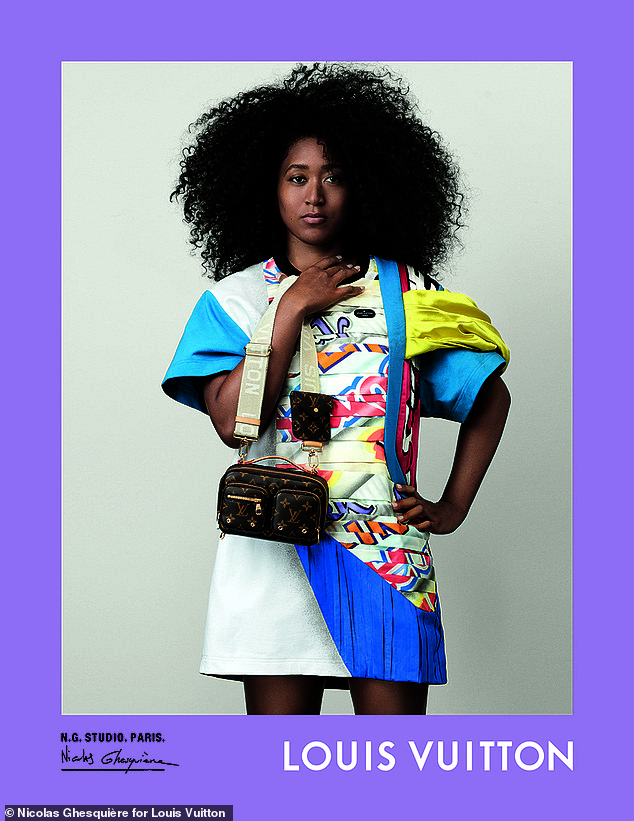 Tennis star Naomi Osaka ranked atop all female athletes, and 20th overall, with $53.2 million in earnings, most of which came from endorsement deals

James earned $41 million in salary from the Lakers while ranking second in the NBA in scoring with 28.5 points a game in 2021-22, but it’s his side work that pushed him over the top.

The 18-time NBA All-Star’s Nike contract remains one of the highest-profile deals in sports, but he’s also added a litany of other sponsors, such as Walmart, GMC, AT&T, and PepsiCo, all of which he can endorse to his 200 million social media followers.

Earnings include salary, winnings, and endorsements

And then there’s the brands he’s personally invested in, like Calm, Ladder/Openfit and Lobos 1707 tequila.

Finally, there are the businesses that James owns with his partners, such as The SpringHill Company, a seven-year-old media and consulting firm that expects to earn more than $100 million in 2022, according to Sportico.

James also has stakes in Liverpool, of the the English Premier League, as well as the Boston Red Sox and their home network, NESN.

NBA players had the highest representation on the top-100 list, including Stephen Curry ($86.2 million) and Kevin ($85.9 million), who were sixth and seventh, respectively.

Tampa Bay Buccaneers quarterback Tom Brady ($58.4 million) actually dropped eight spots to No. 16 because he reworked his NFL contract to give his team more salary cap space. But don’t feel too bad for Brady, who will earn a whopping $375 million over a 10-year deal to serve as Fox Sports’ lead NFL analyst when he does, eventually, decide to retire.

The 44-year-old still had a profitable year off the field, thanks to endorsement deals with Subway and FTX, as well as his own TB12 brand and his new NFT platform, Autograph.

Osaka ranked first among women’s athletes for the second straight year, nearly all of which came from 20 sponsors due to her absences on the WTA tour as she battled mental health issues. In fact, only James, Roger Federer, Tiger Woods, and Ronaldo earned more in endorsements than the $52 million Osaka earned over the last 12 months.

The Japanese tennis star is also signed to Autograph, and also has deals with Hyperice, Sweetgreen, and Modern Health.

Serena Williams, the only other female athlete in the top-100, ranked just 52 after earning a paltry $270,000 in tournament winnings compared to $35 million for sponsors. 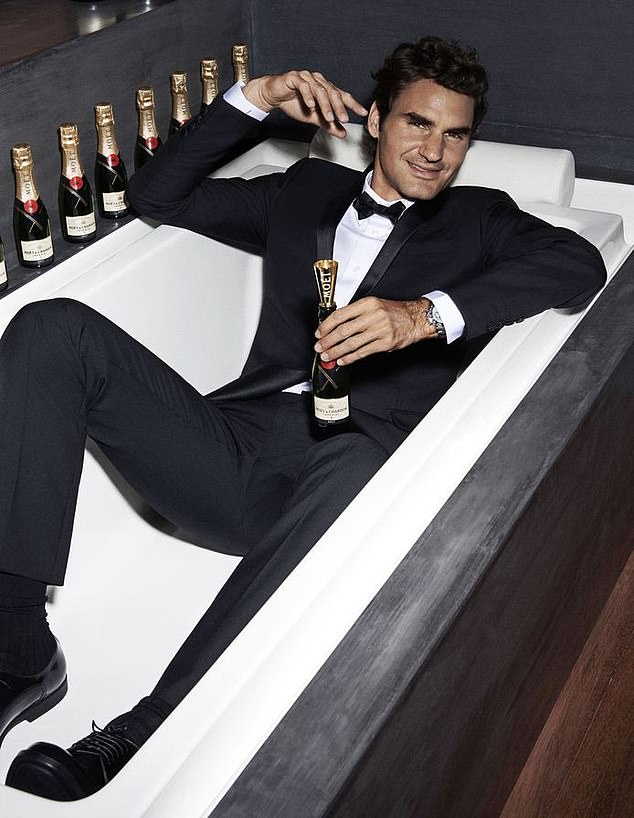 Roger Federer struggled to stay healthy since June of 2021, but still earned $85million in endorsements representing brands such as Moet (pictured) 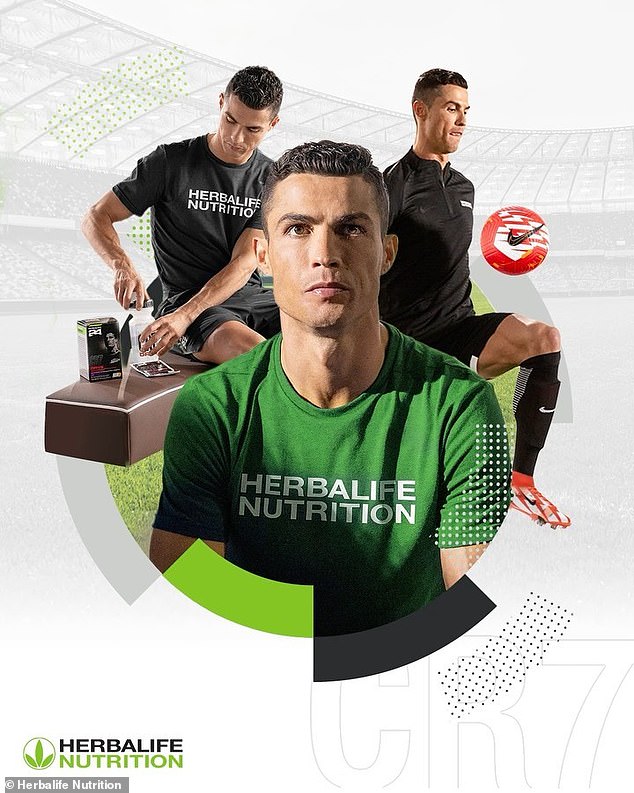 Cristiano Ronald has endorsed several brands, such as Nike and Herbalife Nutrition (pictured) 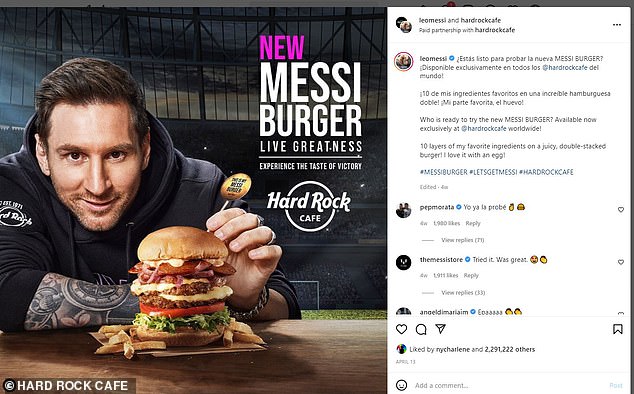 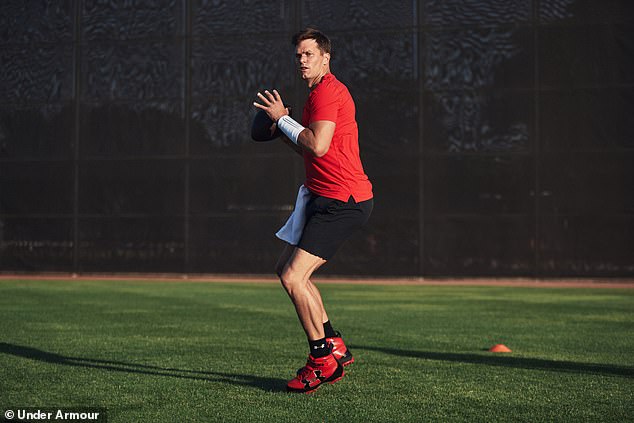 Tom Brady has endorsed Under Armour for years, but also sells apparel through his TB12 brand 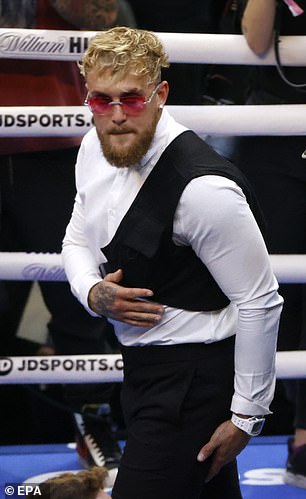 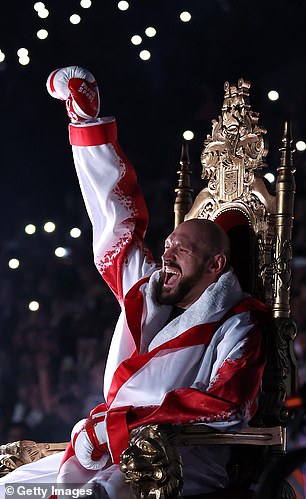 British heavyweight Tyson Fury (right, $69 million) and YouTube star-turned-pugilist Jake Paul (left, $37 million) were the only other boxers in the top 100 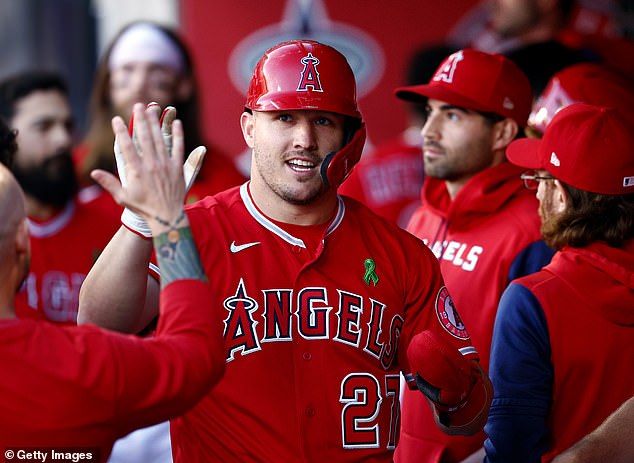 Mike Trout, the Los Angeles Angels, earned the most of any Major League Baseball player, thanks to his $35.5 million salary. However, perhaps due to baseball’s dwindling popularity, he earned just $14 million in endorsements over the last 12 months 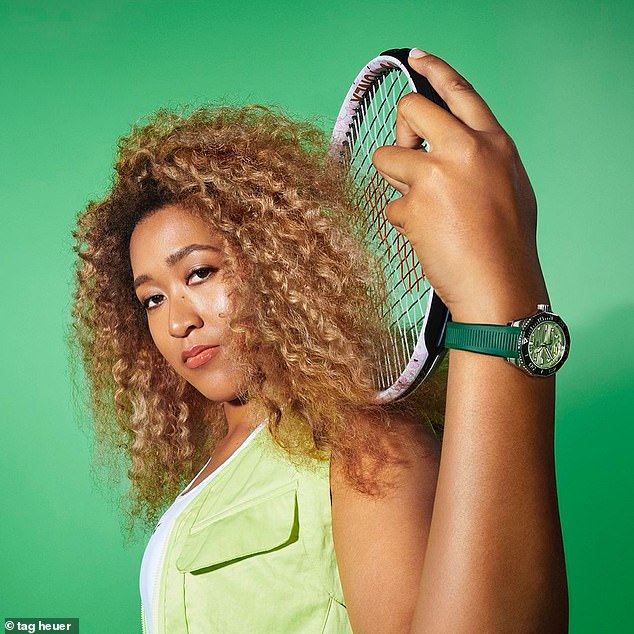 Osaka ranked as the highest-paid female athlete again, thanks to her many endorsements

At the opposite end of the spectrum was Mike Trout, the Los Angeles Angels star who earned the most of any Major League Baseball player, thanks to his $35.5 million salary. However, perhaps due to baseball’s dwindling popularity, he earned just $14 million in endorsements over the last 12 months.

The lowest total among the top-100 belonged to Canadian-born Golden State Warriors star Andrew Wiggins, who earned nearly $30 million over the last year.

Matthew Stafford ranked atop all NFL players with $73 million after guiding his Los Angeles Rams to their first Super Bowl title in February.

British heavyweight Tyson Fury ($69 million) and YouTube star-turned-pugilist Jake Paul ($37 million) were the only other boxers in the top 100. Meanwhile MMA star Conor McGregor cracked the list at $52 million. 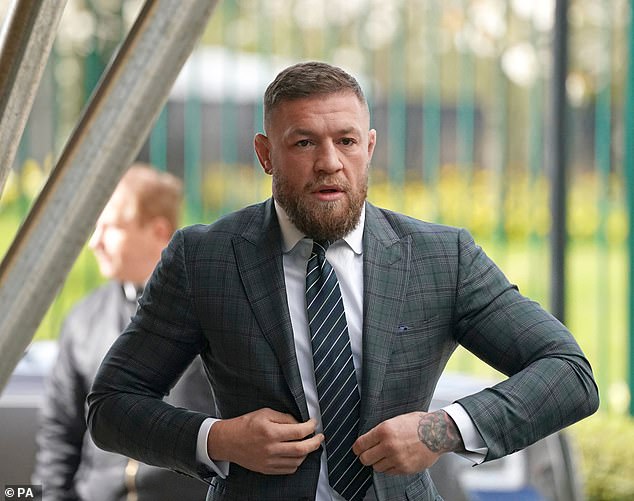