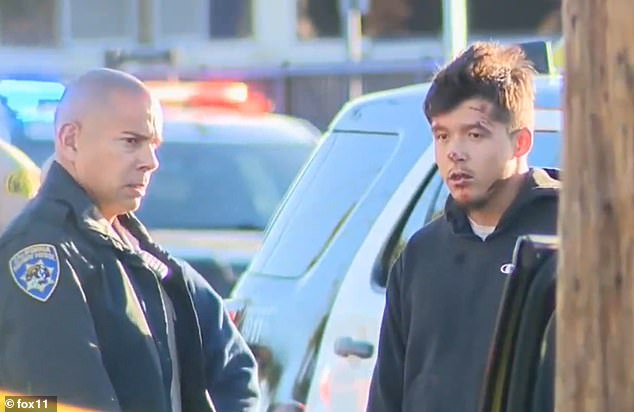 One of the LA County Sheriff’s cadets that was hospitalized after being hit by an SUV while on a training run last Wednesday is now fighting for his life.

Alejandro Martinez suffered serious injuries, but he has since deteriorated and is said to be in a ‘grave condition,’ according to the LA County Sheriff’s Department.

The department said in a press release on Sunday afternoon that Martinez’s condition worsened and asked people to ‘keep him and his family in [their] prayers’.

Martinez was one of 25 sheriff’s recruits out for a training run in southern California when they were ‘deliberately’ hit by Nicholas Joseph Gutierrez, 22, who was driving an SUV.

Three other cadets that were hospitalized after the collision remained in a critical condition, the sheriff’s department said.

Gutierrez was released last Thursday night after authorities said they wanted more time to gather evidence to present to the District Attorney’s office.

LA County Sheriff Alex Villanueva said the suspect was ‘provisionally’ released, but indicated that investigators ‘developed probable cause to believe it was intentional.’

He said investigators believe it was intentional after ‘an exhaustive interview process with everyone involved, with the video surveillance, the statements from the recruits, the physical evidence they have and what they got from the suspect himself.’

Gutierrez was taken into custody at the scene of the horrific crash along Mills Avenue in Whittier on Wednesday morning, as 25 recruits suffered injuries including head trauma, broken bones and a ‘loss of limb,’ with at least five critically injured.

Nicholas Joseph Gutierrez, 22, was released from jail after he was charged with attempted murder as authorities need more time to gather evidence in the case against him 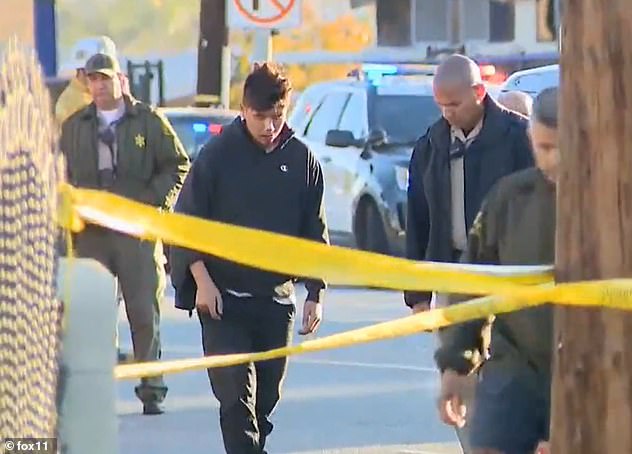 LA County Sheriff Alex Villanueva said he was ‘provisionally’ released, but said that investigators ‘developed probable cause to believe it was intentional’ 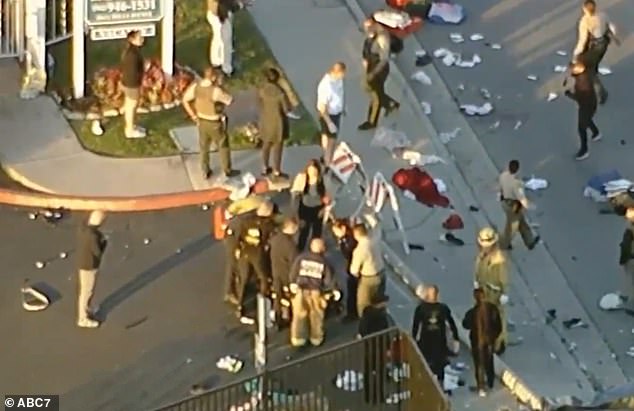 At many as 25 recruits suffered injuries including head trauma, broken bones and a ‘loss of limb,’ with five critically injured following the crash in Whittier on Wednesday morning

‘It’s not like they arrested the wrong suspect,’ Deputy Deanna Mares told CNN . ‘They just want to make sure the investigation is going to be complete.’

‘Due to the extreme complexity of the investigation, which includes ongoing interviews, video surveillance review, and additional evidence needed to be analyzed, homicide investigators have released Mr. Gutierrez from the Sheriff’s Department custody,’ authorities said in a statement.

His release came after new surveillance footage was released showing the moment the driver barreled into a group.

The graphic footage obtained by ABC7 captured seconds before the crash shows the recruits wearing white t-shirts and jogging together in formation in the area of Mills Road and Telegraph Road with two patrol cars following.

There appears to be little traffic on the residential street when a Honda SUV suddenly appears and slams into the group of recruits with no clear indication of slowing down.

The 22-year-old driver may have even sped up shortly before the collision, Villanueva previously said. He blew a 0.0 on a sobriety test, it was reported, and was detained at the scene.

‘Some recruits are saying they heard the car accelerating, they estimate around 30 to 40 miles per hour,’ the sheriff told ABCY. ‘You can see how little reaction time that allows someone.’

Alexandra Kazarian, an attorney for Gutierrez, told KABC on Thursday that she has ‘no doubt that an in-depth investigation will confirm that Nicholas is a hard working young man who holds no animosity towards law enforcement, and this was an absolutely tragic accident.’

The SUV barreled into the group and then struck a light pole on the side of the street, which stopped it from hitting more recruits.

‘It happened so quickly that just the people that just saw it veer into them, they jumped out of the way, but the people behind had no chance because they never saw it,’ Villanueva said.

‘They didn’t have that sufficient warning. As soon as the accident happened, the chaos that ensued they said it looked like an airplane wreck, there were so many bodies scattered everywhere in different states of injuries.’ 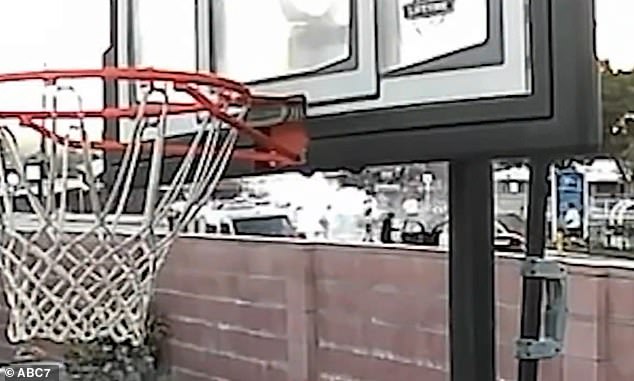 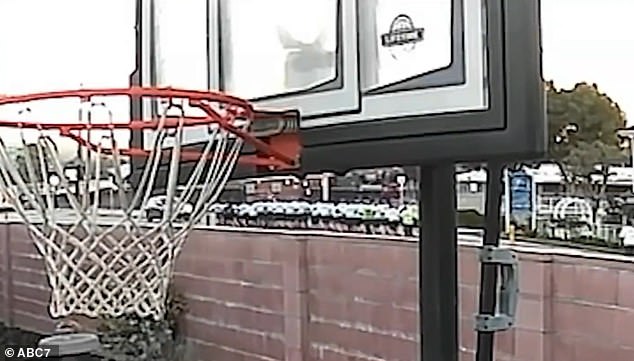 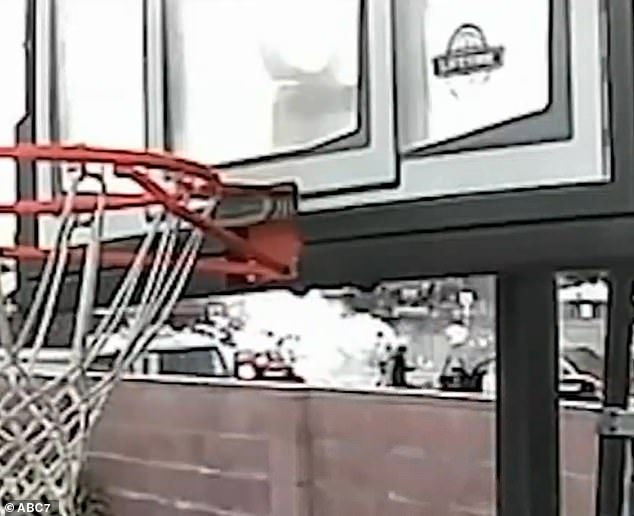 A Honda SUV suddenly appears and slams right into the group of recruits with no clear indication of attempting to slow down. Bodies and debris scattered across the street

Authorities say nearly 75 recruits were out for the morning run in Whittier at around 6.25am, when the driver plowed into the training platoon.

Although the driver did not have any alcohol in his system he was found to have marijuana in his car.

It remains unclear whether he was high at the time of the crash on Wednesday morning, but the LA Times reports he told cops on the scene that he was sleepy.

‘It looked like an airplane wreck, there were so many bodies scattered everywhere,’ Sheriff Villanueva said at one of the press conferences. He added that all of the injuries were ‘survivable,’ but may be ‘life-altering.’ 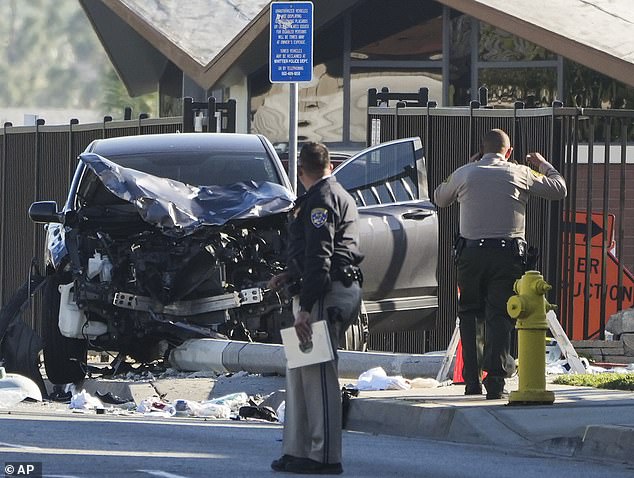 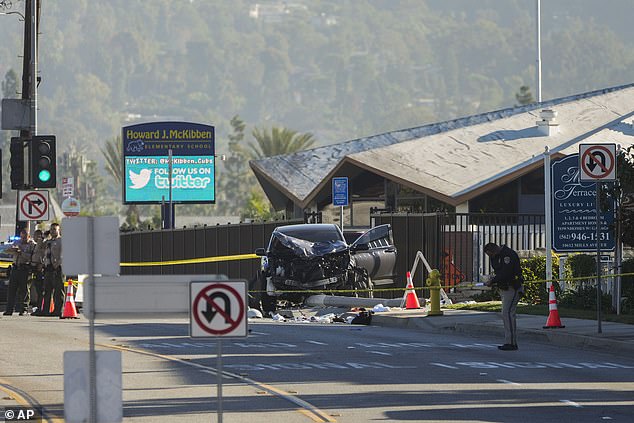 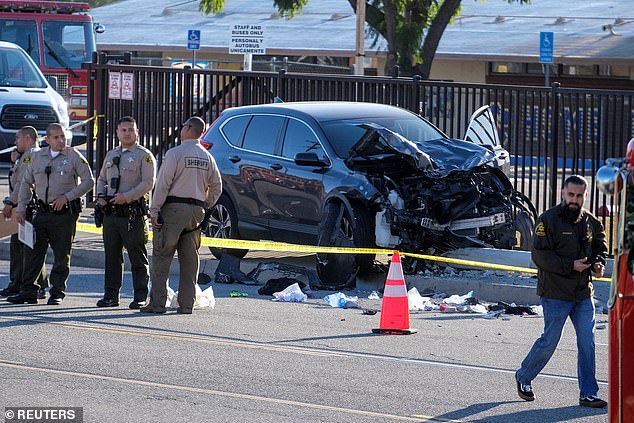 The 22-year-old driver may have sped up shortly before the collision, Sheriff Alex Villanueva said. He blew a 0.0 on a sobriety test, it was reported, but was detained at the scene

FOX 11 reported that the recruits were all attending the Sheriff’s Training Academy and Regional Services Center about a mile and a half from the crash site.

The group was running with drill sergeants as well as two black-and-white radio cars as safety vehicles, and eight road guards. Everyone was wearing reflective vests.

Firefighters at nearby Station 96 were the first to respond after hearing a loud bang outside, where they found the crashed Honda.

In a statement, the Los Angeles Police Department said: ‘Our thoughts are with those impacted by this morning’s events involving the Sheriff’s Recruits.

‘As we await more information on their conditions, we are wishing everyone a quick recovery.’

California governor Gavin Newsom also issued a statement saying: ‘Our hearts are with the Los Angeles County Sheriff’s recruits injured this morning while training to serve their communities.

‘Jennifer and I send our best wishes for their recovery and stand with their loved ones and colleagues at the Los Angeles County Sheriff’s Department during this difficult time.’ 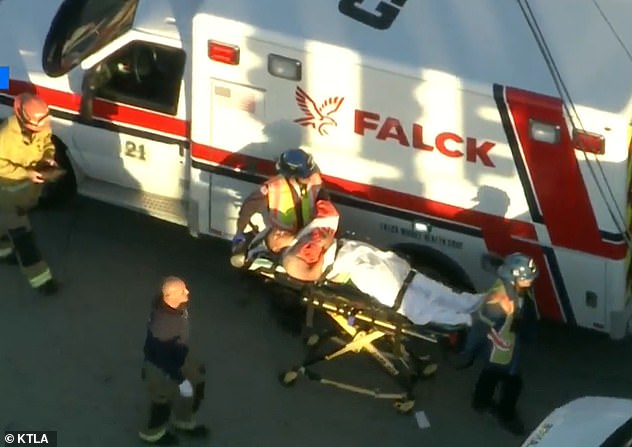 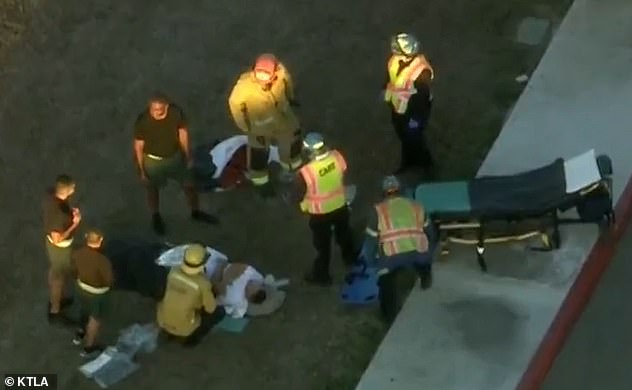 Some were treated on the scene, while others were transported to local hospitals

Ben Wallace predicts Russia will use parade on 9 May to announce mass mobilisation...

Love Island UK: Liam lands dates with Afia AND Ekin-Su after being ditched by...