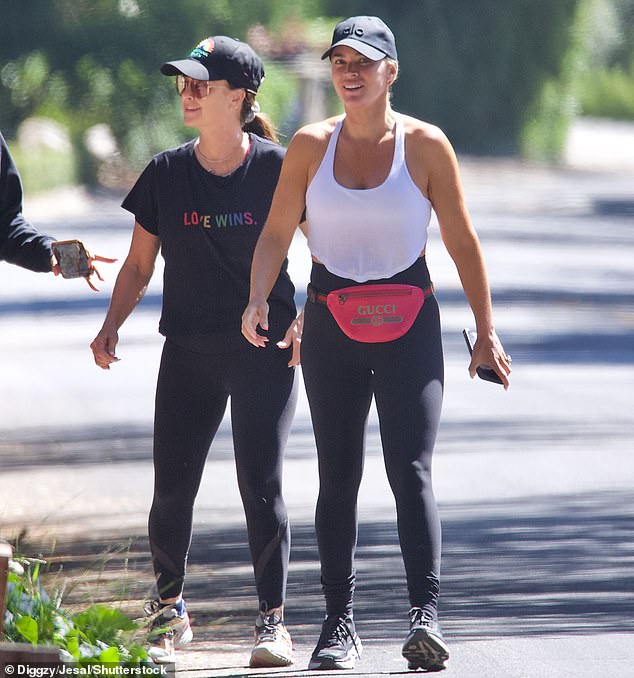 Kyle Richards and Teddi Mellencamp get back to working out after partying at the MTV Movie and TV: Unscripted awards

Kyle Richards and Teddi Mellencamp looked none the worse for wear as they went for a morning walk Monday.

The Real Housewives of Beverly Hills co-stars showed off their toned legs as they strolled in black leggings and sneakers through their home town.

Morning walk: Kyle Richards, 53, and Teddi Mellencamp, 40, paired up for a morning walk Monday, after spending the night partying at the MTV Movie and TV Awards: Unscripted Sunday

Teddi, 40, chose a white racer back t-shirt, sports cap and a bright pink bum bag for the outing. 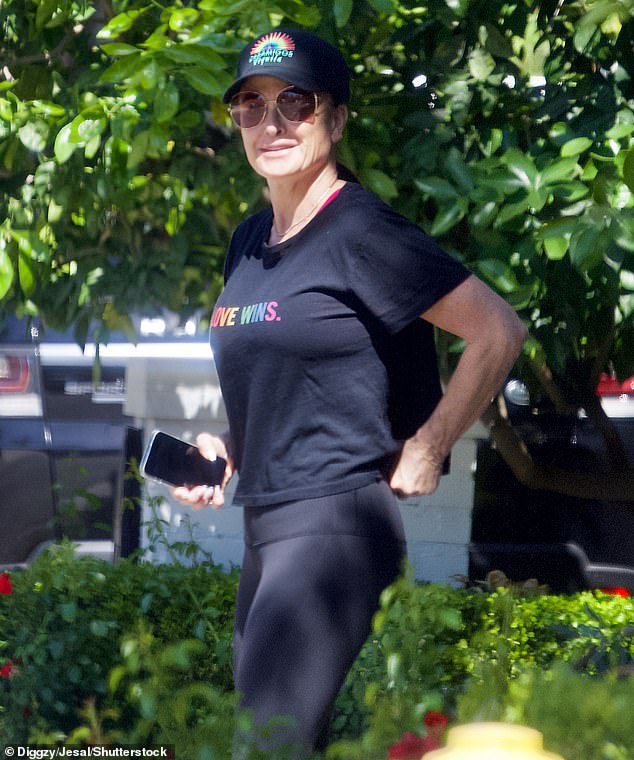 She chose neutral makeup with a pail pink lip and style her blonde bob straight.

Kyle appeared elegant in a black strapless jumpsuit with a Gucci belt and a black tuxedo jacket.

The Kyle x Shahida designer’s dark tresses were styled in loose curls and she completed the look with dangling diamond earrings.

The two friends and their fellow cast members acted as presenters during the ceremony honoring unscripted programming.

Their show was nominated in the Best Docu-Series category, but lost to Selling Sunset. 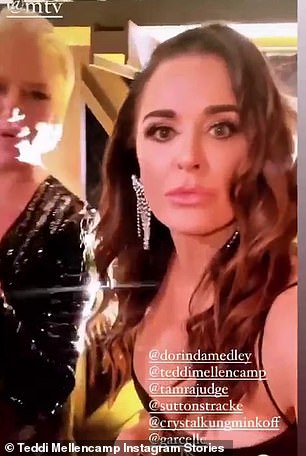 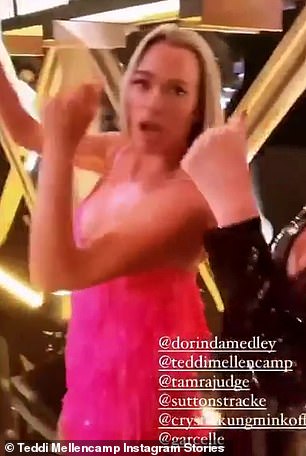 Party time: The RHOBH lost to Selling Sunset in the Best Docu-Series category, but didn’t let that keep them from having a good time at the awards show

Regardless of the outcome, the team seemed to have a great time between breaks if a video shared by Kyle and Teddi on their Instagram stories is any indication.

The small screen vixens can be seen dancing and laughing near their tables while the broadcast was in a commercial break.

New episodes of Real Housewives of Beverly Hills are released Wednesdays on Bravo.

Migrants wield makeshift weapons out of tent poles at camp of chaos in Manston,...

Liam Payne says he failed to ‘articulate’ himself as he reflects on calling Zayn...