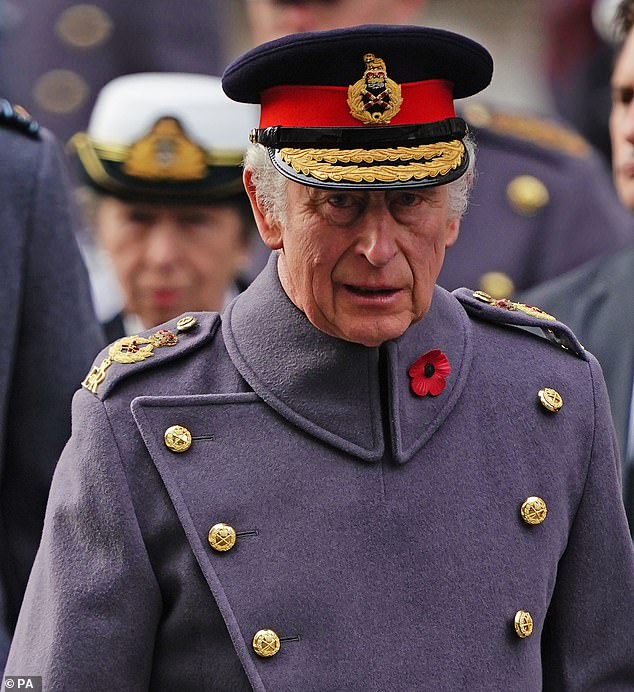 King Charles appeared emotional as he laid his wreath at the Cenotaph during today’s Remembrance Sunday service.

The ceremony was particularly poignant for the Royal Family, as it marked the first since the death of Queen Elizabeth, who valued Remembrance Day as one of her most important duties.

Charles laid a new poppy wreath incorporating a ribbon of his racing colours, with the design a tribute to the ones used by both his late mother and his grandfather George VI.

He was forced to compose himself before laying his wreath, as he led the ceremony for the first time as Monarch, prompting some royal watchers to take to Twitter, describing him as ’emotional’. 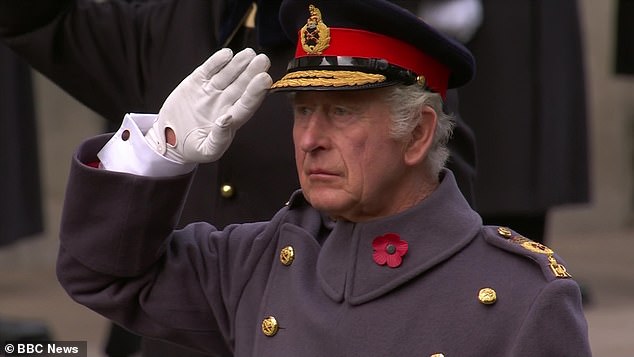 King Charles III salutes the Cenotaph after laying his wreath as monarch for the first time, taking over from his late mother 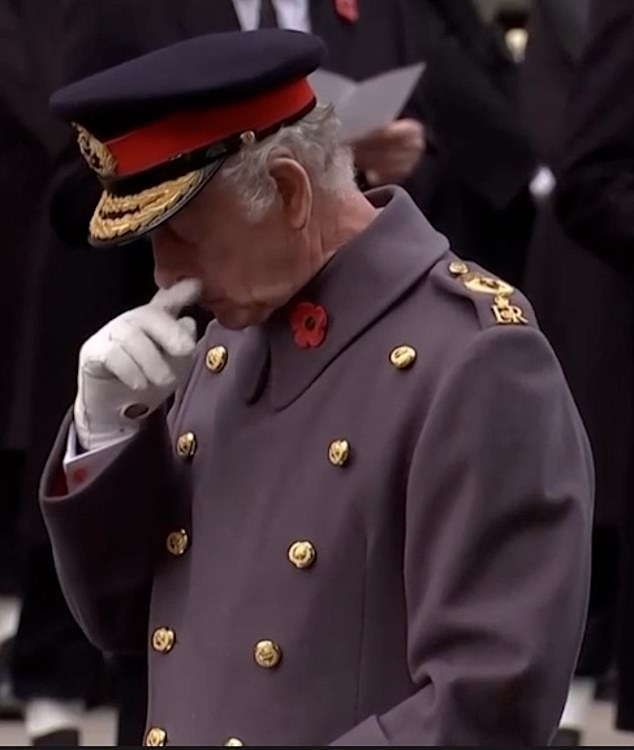 The royal appeared to take a moment to compose himself during the service today. His late mother valued Remembrance Day as one of her most important duties

Today’s service also marks the 40th anniversary of the war in the Falklands, in which 255 British personnel lost their lives.

Crowds lined the streets of London, with war veterans including Chelsea Pensioners preparing to take part in the march.

At 10.58am, the military parade was brought to attention as King Charles III arrived. 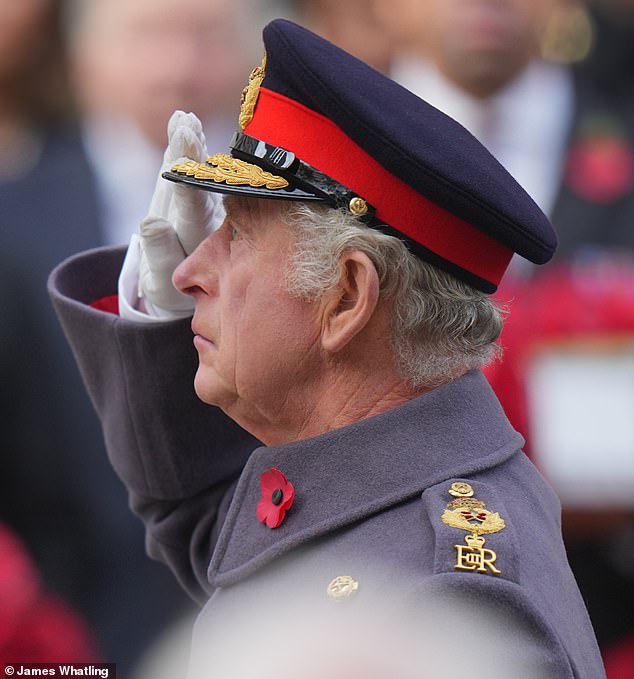 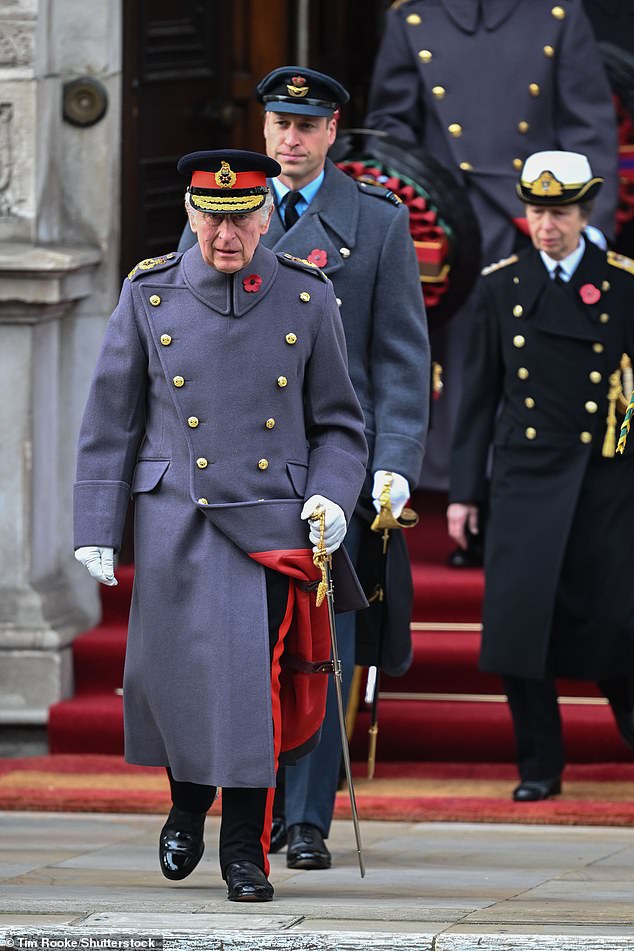 King Charles III led other members of the royal family, including the Prince of Wales and Princess Royal, out to attend the Cenotaph service 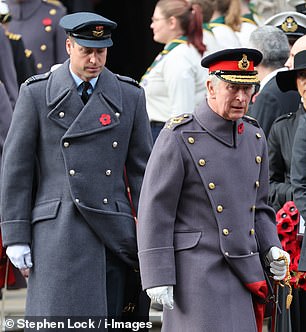 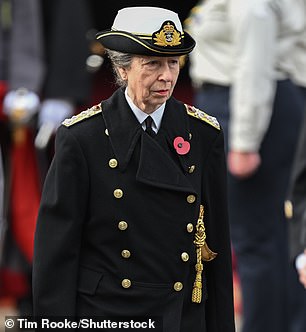 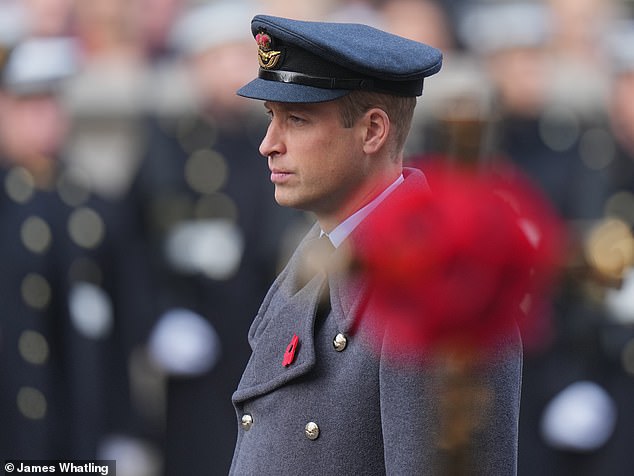 The Prince of Wales was the second person to lay a wreath at the Cenotaph, which bore the feathers of the heir apparent 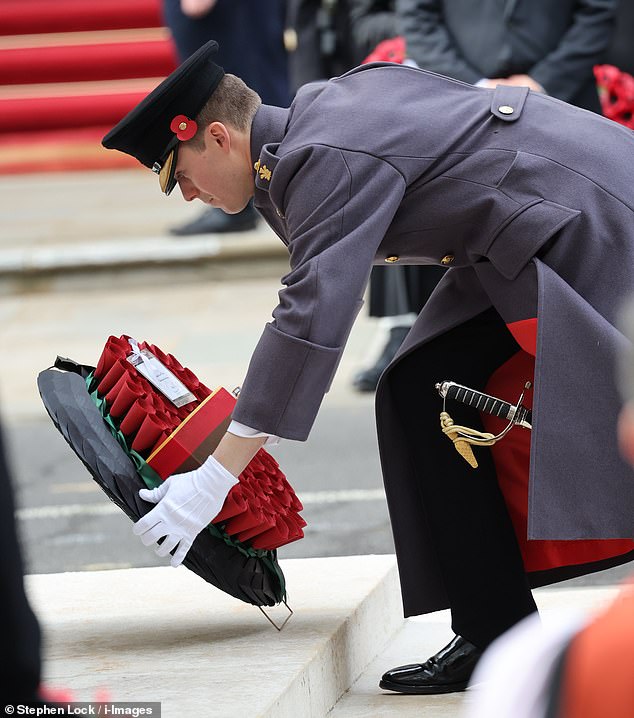 At 10.58am, the military parade was brought to attention as King Charles III arrived. Big Ben rang 11 times to mark the beginning of the two minutes of silence, and a sombre hush fell over the crowd. 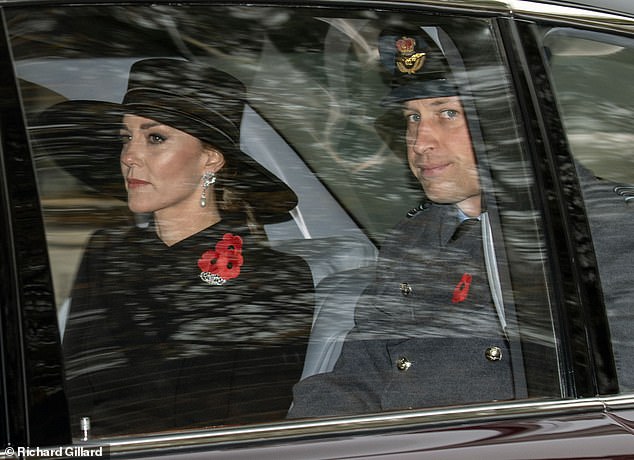 The Princess of Wales cut a sombre figure as she attended the Remembrance Sunday service in London today, alongside other senior members of the Royal Family 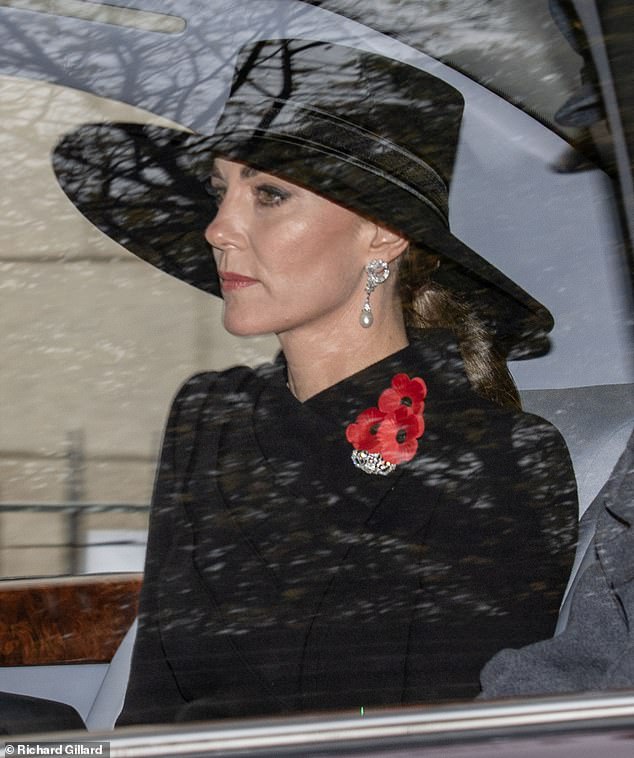 Kate, 40, wrapped up warm in a black coat, which was adorned with three poppies, and a matching hat as she arrived alongside the Prince of Wales to watch King Charles, 73, and Prince William, 40, lay wreaths to pay respects to Britain’s war dead 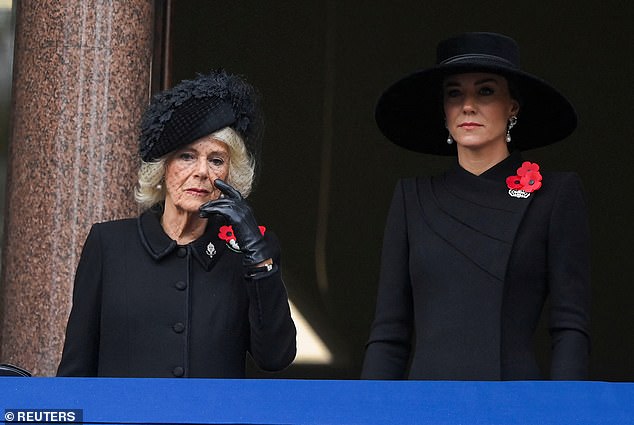 The Queen Consort (left), Camilla, and Princess of Wales, Kate Middleton, stand on the Whitechapel balcony to watch the ceremony

Sophie, Countess of Wessex and wife of Prince Edward, attends the ceremony from the spouse’s balcony alongside Kate Middleton and the Queen Consort 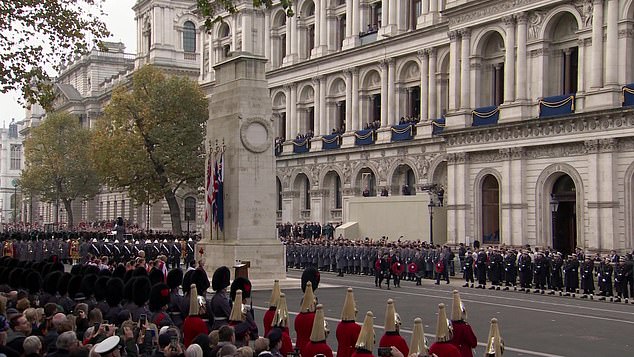 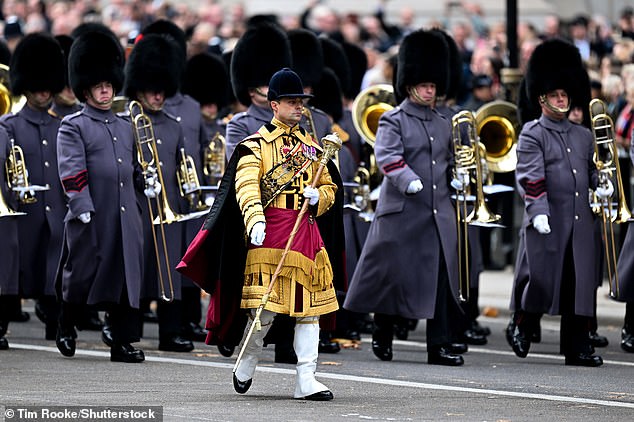 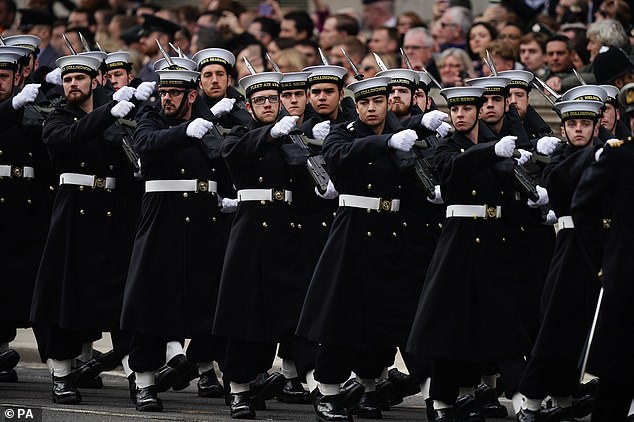 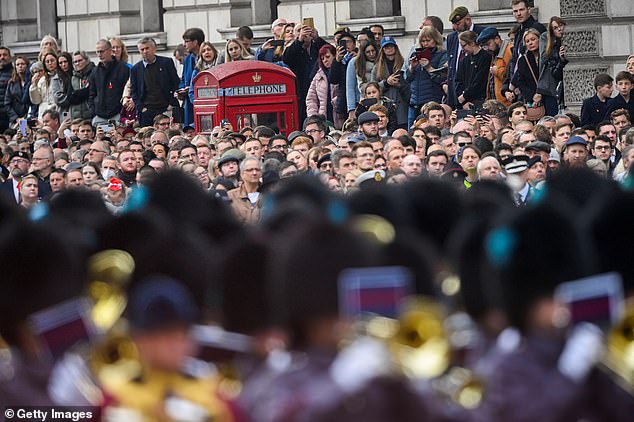 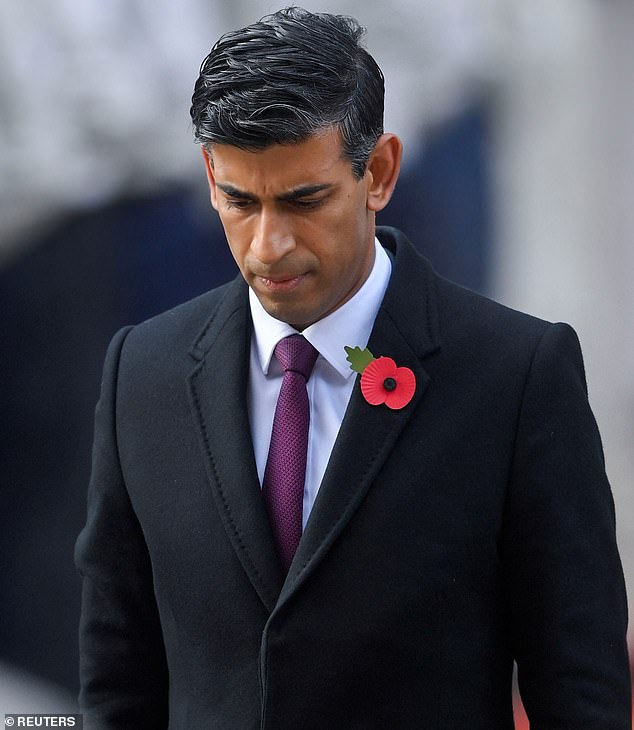 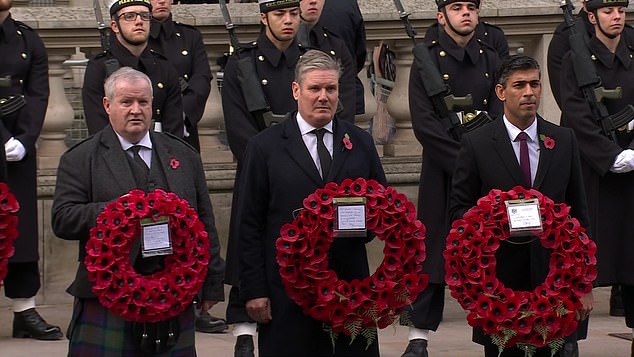 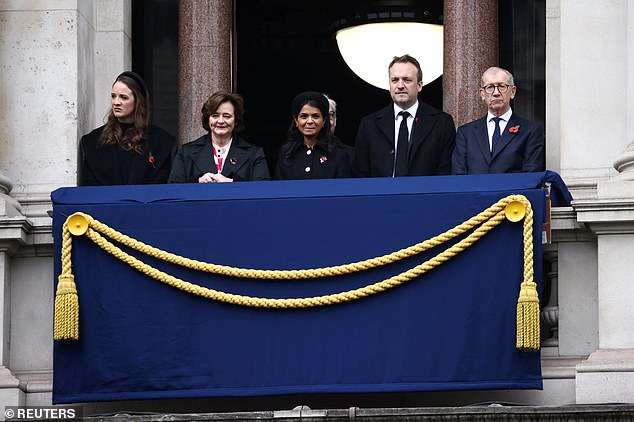 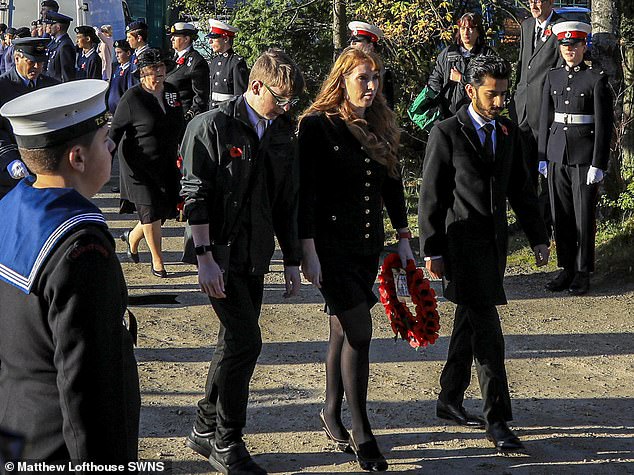 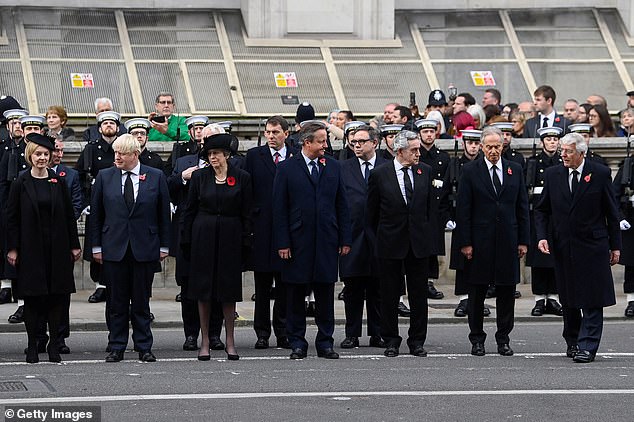 Seven former Prime Ministers lined up at the Cenotaph on Sunday, the most ever to watch the current PM lay his wreath

Australia’s unemployment rate in October falls to 3.4 per cent in sign of more...

US Open winner Emma Raducanu, 19, returns to action at Wimbledon