Kim Kardashian reveals her baby bar essay was selected as a ‘model answer’ for future test takers after it obtained the highest score: ‘I legit screamed’

Kim Kardashian‘s baby bar results will now be serving as an example for future students taking the exam.

The reality star, 41, passed the exam on her fourth try last year – and an essay she had written for the test has now been selected as a ‘model answer’ for future test takers.

Kim revealed on her Instagram Stories on Saturday that the essay was chosen after it obtained the highest score. 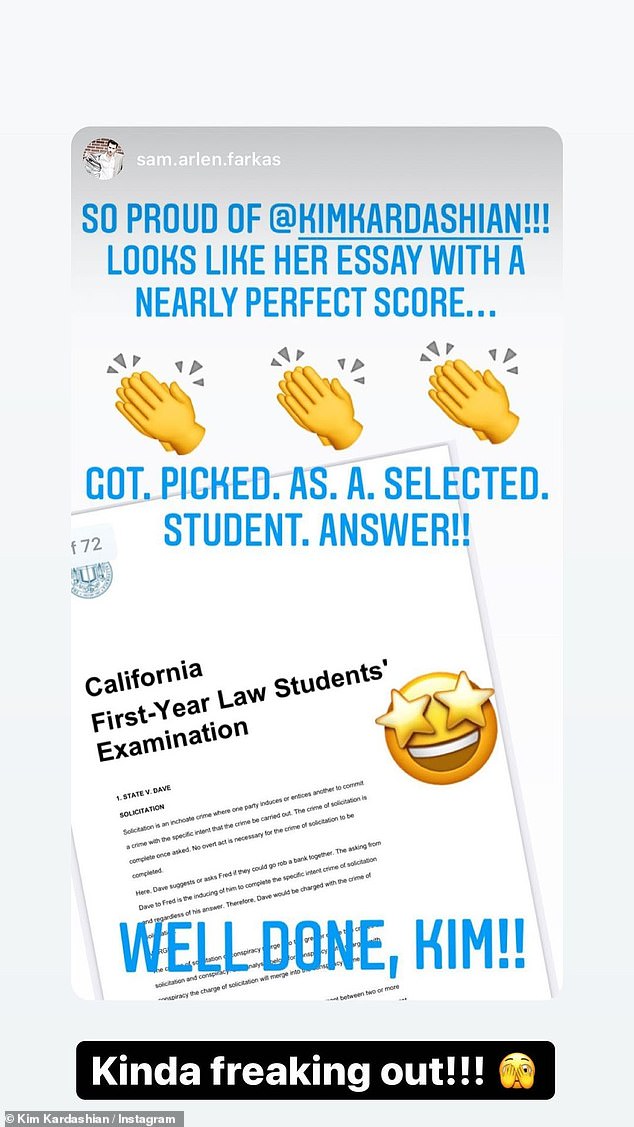 Class act! Kim Kardashian revealed an essay she had written while taking the baby bar as selected as a ‘model answer’ for future test takers

Kim’s law tutor Sam Arlen Farkas announced the news on his Instagram Stories, where he posted a shot of what appeared to be Kim’s original essay.

‘So proud of @KimKardashian!!! Looks like her essay with a nearly perfect score… Got. Picked. As. A. Selected. Student. Answer!! Well done, Kim!!’ he posted.

Kim broke down Sam’s announcement to a friend after she re-posted the news to her own Instagram Stories.

‘It means that when I took the bar my essay scored the highest so they used my essay as the model answer to show future people taking it what the answer should be. I legit screamed when my professor Sam told me!’ she explained to a friend. 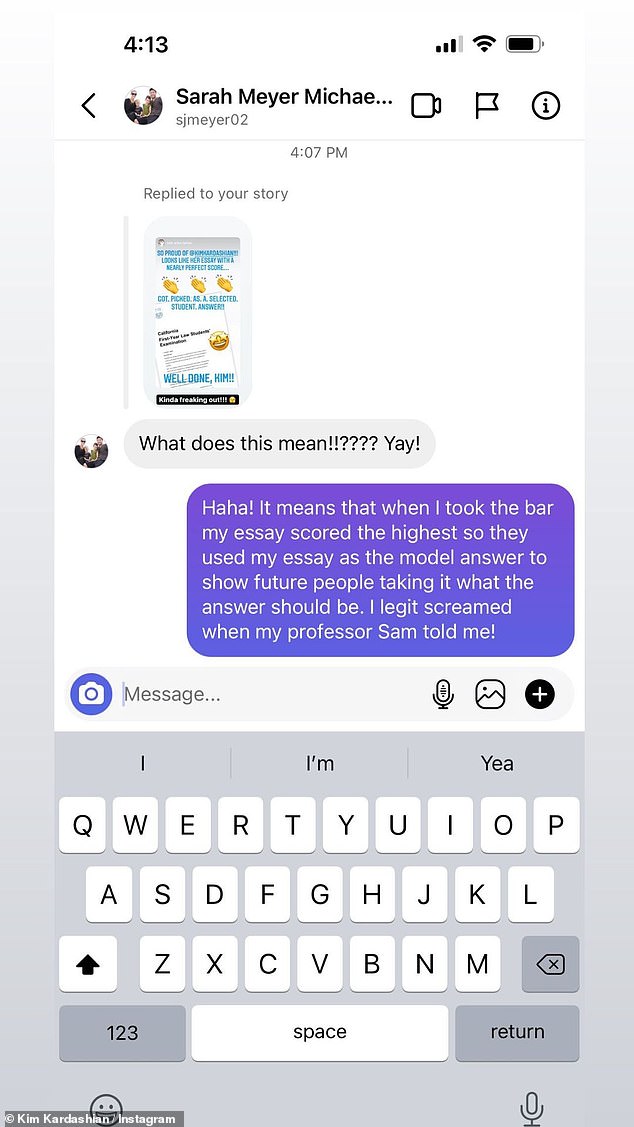 ‘I legit screamed when my professor Sam told me!’ Kim broke down the news to a friend 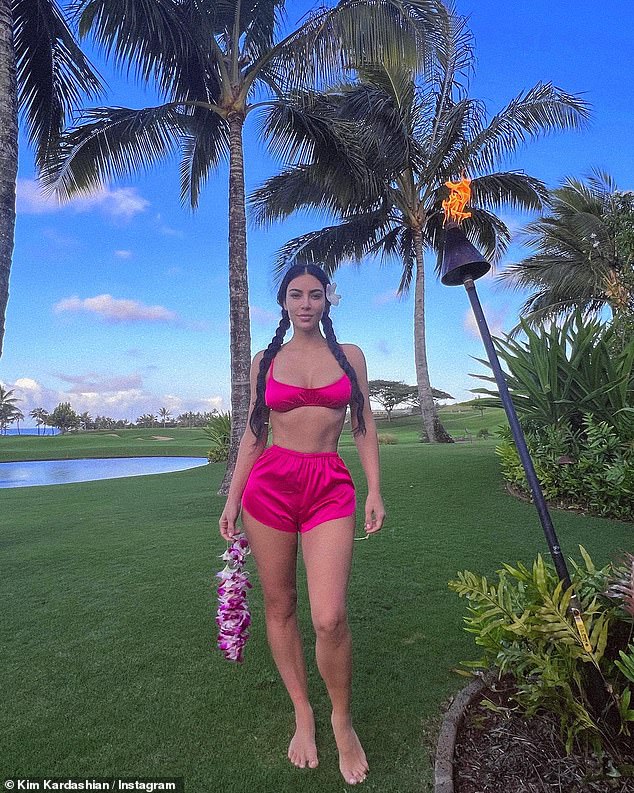 ‘Aloha’: Kim showed off her abs in a photo she posted to her Instagram on Sunday

Kim revealed in December 2021 that she had finally passed the baby bar exam after three failed attempts.

‘OMFGGGG I PASSED THE BABY BAR EXAM!!!!’ she raved on Instagram. ‘Looking in the mirror, I am really proud of the woman looking back today in the reflection.

‘For anyone who doesn’t know my law school journey, know this wasn’t easy or handed to me.

‘I failed this exam 3 times in 2 years, but I got back up each time and studied harder and tried again until I did it!!! (I did have COVID on the 3rd try w a 104 fever but I’m not making excuses.’ 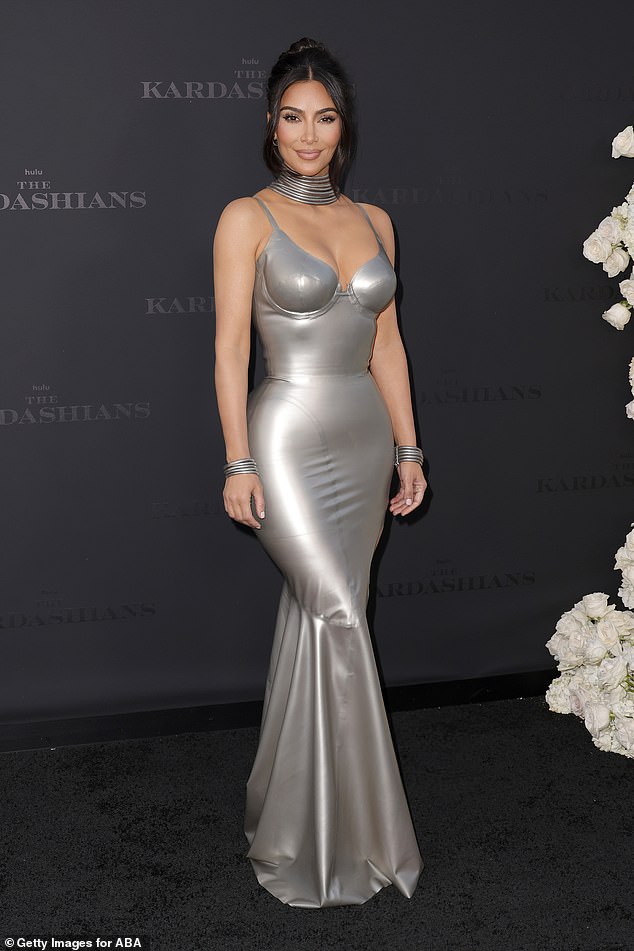 Strike a pose: On top of her legal studies, Kim is also working on her family’s newest reality show, The Kardashians

Kim gave a shout-out to Sam and went into detail on their rigorous study sessions.

‘Bar Bri Law School bar prep- I couldn’t have done it without you guys! Setting me up with professors @sam.arlen.farkas and @chuckshonholtz changed my life,’ she said.

‘Thank you guys for putting in the hours and teaching me everything I needed to know! 10 hour days, daily 4 hour zooms, our in person practice tests week after week. We did it!

Sam congratulated Kim after she passed the test as he posted a photo of them studying together to his Instagram account.

‘So incredibly proud of you— @kimkardashian. It is an honor and privilege to be a part of this journey with you. You never gave up, never let up. You worked harder. You triumphed. You are an inspiration to us all.’ 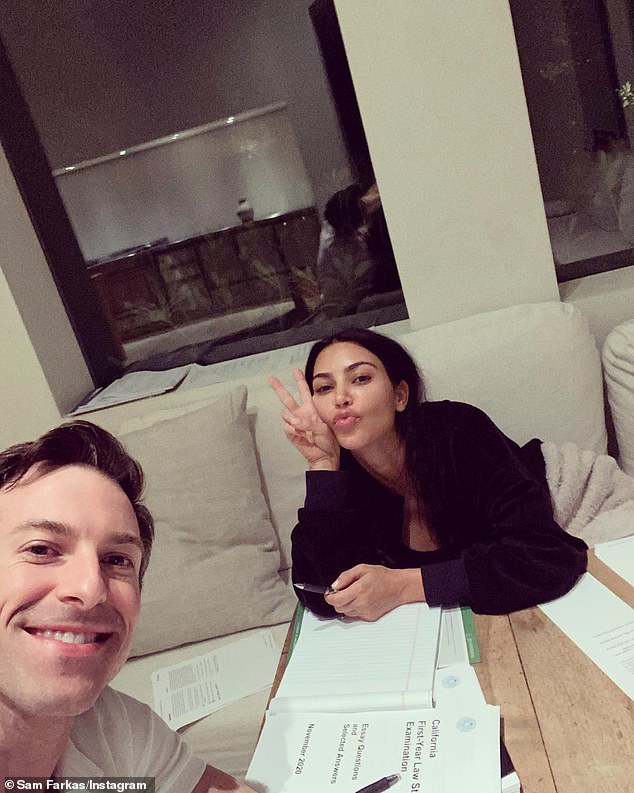 ‘You are an inspiration’: Sam congratulated Kim after she passed the test as he posted a photo of them studying together to his Instagram account last year

Palliative care nurse reveals the one type of person who struggles the most in...

Johnny Depp gets emotional as his sister testifies about abusive childhood