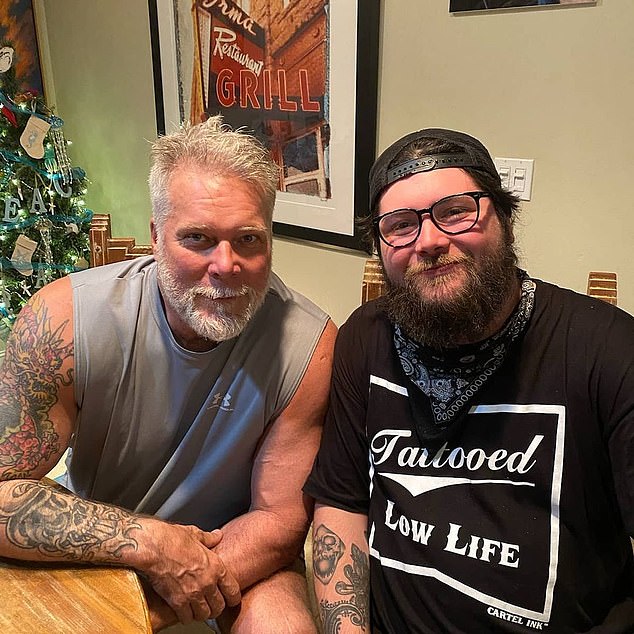 Professional wrestling icon Kevin Nash has revealed the death of his son Tristen was caused by a seizure-induced heart attack that he believes came as a result of trying to quit drinking cold turkey.

Tristen, 26, passed away last week, the family acknowledged in a statement, giving no further information.

But on Sunday’s episode of his new podcast ‘Kliq This’, Nash addressed the speculation over his son’s death and opened up about the final moments of his life.

‘The seizure caused the cardiac arrest,’ Nash said, as relayed by Wrestlingnews.co.

‘He was basically dead in his room on the floor with the EMT working on him. They got him back and got him in the ambulance and they tried to save his life.

‘We both decided that we were going to stop drinking so it was a situation where you know we both went cold turkey. I don’t think either of us felt great because you stop drinking coffee for a day and you get a headache. I think we were both dealing with it.

‘If you WebMD that, one of the things of cold turkey is that you have an increased risk of having a seizure.’

Nash rose to fame in the mid-90s wrestling as the WWF character ‘Diesel’ before moving to rival promotion WCW and becoming a trailblazer as one of the founding members of the ‘New World Order (nWo)’ group alongside Hulk Hogan and Scott Hall.

He was also a member of ‘The Kliq’ – a group of influential wrestlers and friends who banded together backstage to bolster one another’s careers.

Nash had been working on the ‘Kliq This’ podcast with his son Tristen, who was working as a producer for the show prior to his death.

Professional wrestling icon Kevin Nash (L)  has revealed the death of his son Tristen (R) was caused by a seizure-induced heart attack, likely as a result of trying to quit drinking cold turkey 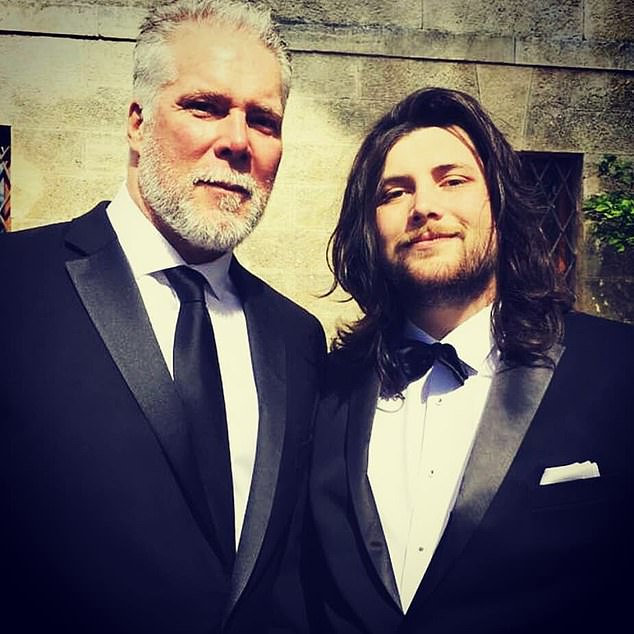 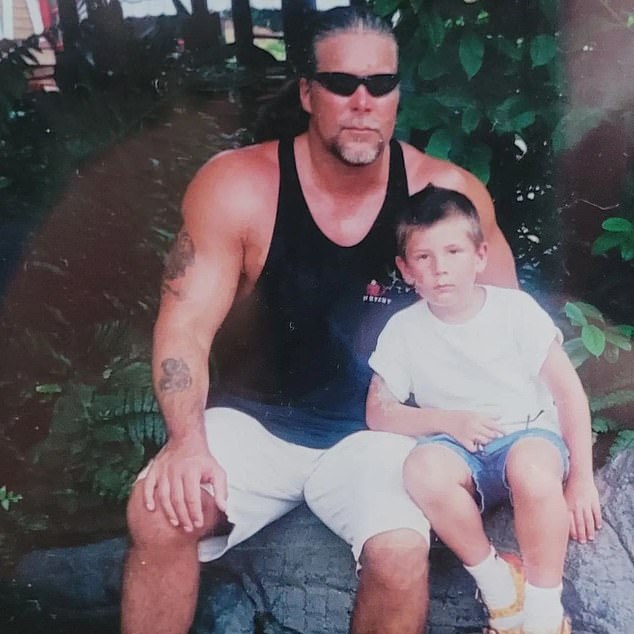 Kevin Nash in his 90s heyday with son Tristen 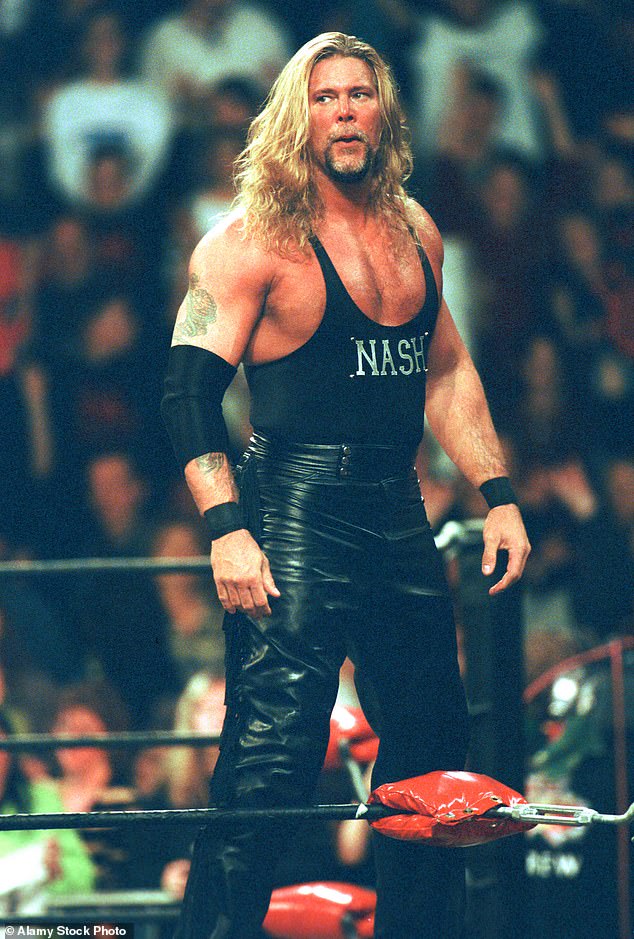 Nash, 63, continued to reflect on his son’s passing, outlining his drinking issues and recounting the harrowing conversations he had with his son’s doctors as he lay in a hospital bed.

‘[Tristen] had had a couple of incidents. We actually sat up here last Wednesday and in the course of the show, he drank four or five beers unbeknownst to me. I got p***ed at him because he had a situation at the beginning of the year where he was hospitalized for almost 60 days… After the show, and a week later, he passes,’ he said.

‘[The doctor] said, ”Your son’s not going to make it.” I said, ”I’m not going to pull his breathing tube out. I won’t do that. That’s not an option. You’re saying that when he had the cardiac arrest, he did damage to his heart, so that’s why we can’t get his bottom number up,” Nash said.

‘The bottom ventricle had been damaged to some degree because he didn’t have the ability to push blood. His top number was much higher and even though they medically brought the top number down, he was like 111 over 55. He stopped putting out urine. There were so many things mounting.’

Many of Nash’s friends and former colleagues in the wrestling industry were quick to take to social media to rally around the WWE hall-of-famer following Tristen’s death, including close friend Sean ‘X-Pac’ Waltman, who said: ‘My heart is in a million pieces thinking about what 1 of my best friends in life is going through. IU 4-Life Kev.’ 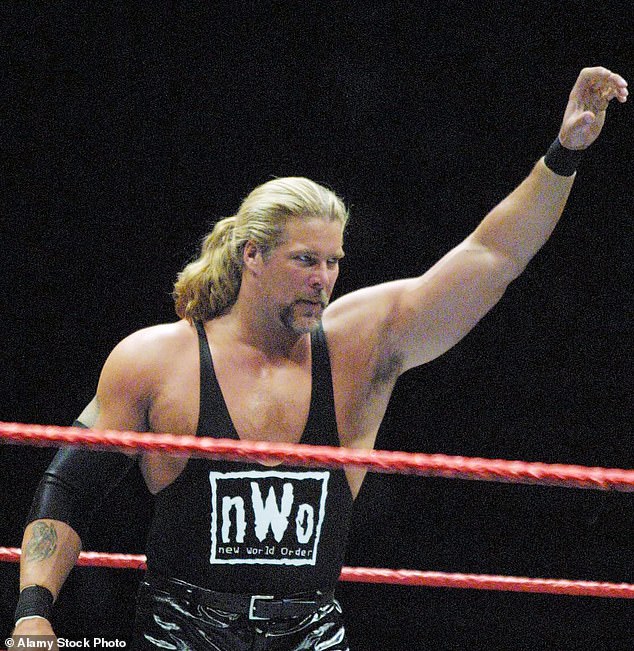 Nash won five world championships during his illustrious professional wrestling career. He has previously cited the birth of Tristen as the motivating factor behind his decision to leave the WWF for rival promotion WCW in 1996 (Nash pictured in 2002) 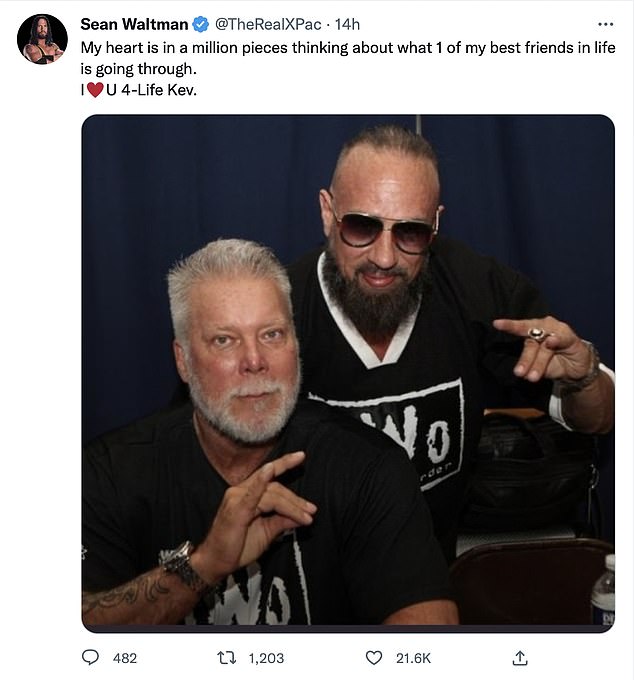 Former Kliq member Sean Waltman led the messages of condolences to Nash following the tragic loss of his son last week, and many other professional wrestlers followed suit

He has previously cited the birth of Tristen as the motivating factor behind his decision to leave the WWF for rival promotion WCW in 1996 as it afforded him a more manageable schedule to dedicate time to his family life.

After a long stint at WCW he made several returns to WWF – later renamed WWE – in the 2000s and his last competitive action came as a back-up role to Sting during his WrestleMania 31 clash with Triple H in 2015.

The 63-year-old was inducted into the WWE Hall of Fame in 2015, and then again in 2021 when nWo was placed in the hall as a collective.

Hall was considered professional wrestling’s ‘Bad Guy’ and revolutionized the industry, but died aged 63 in March.

Like Tristen, Hall also struggled with alcohol abuse and chronicled his decades of substance issues in an 2011 ESPN documentary in which he said, ‘I should have been dead 100 times.’

Prince Harry ‘made crass joke about 19-year-old he spent night with during Swiss ski...

Is the iCloud Unlock Service Worth Your Time?