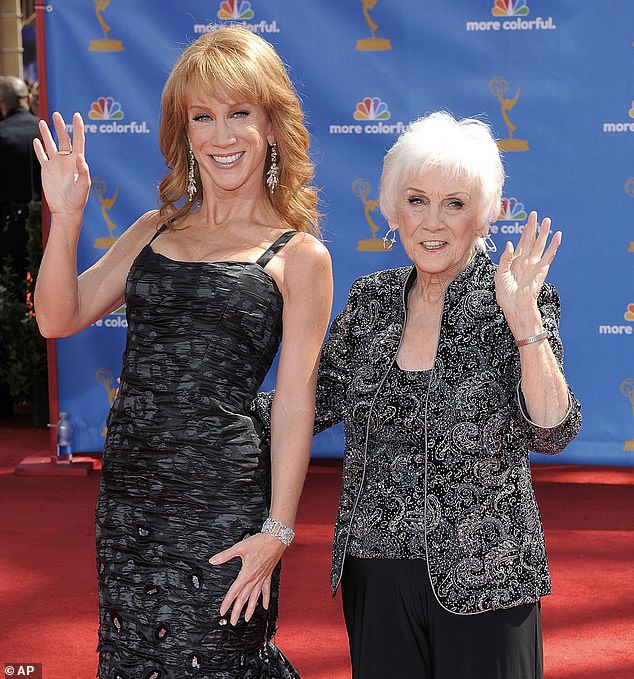 Kathy Griffin crept her way back on to Twitter after recently being suspended for impersonating Elon Musk – and used her dead mother’s account to take her anger out on the platform’s new CEO.

Griffin, 62, went off on Musk from her late mother’s account Sunday night, calling him an ‘a**hole’ for joking that she’d been ‘suspended for impersonating a comedian.’

The comedian had been suspended for challenging the Twitter’s new policy against impersonation by changing her profile name to ‘Elon Musk’ without making clear it was parody account.

The new policy was put in place by Musk after some celebrities changed their Twitter display names – not their account names – and tweeted as ‘Elon Musk’ in reaction to the billionaire’s decision to offer verified accounts for $8 a month.

Kathy Griffin, 62, was suspended from Twitter for challenging a new policy against impersonation by changing her handle to ‘Elon Musk’ without making clear it was a parody – but then used the account of her late mother Maggie Griffin (pictured) to rant at Musk

In response, Griffin then went off on Musk from her late mother’s account Sunday night, calling him an ‘a**hole’ for joking that she’d been ‘suspended for impersonating a comedian’ 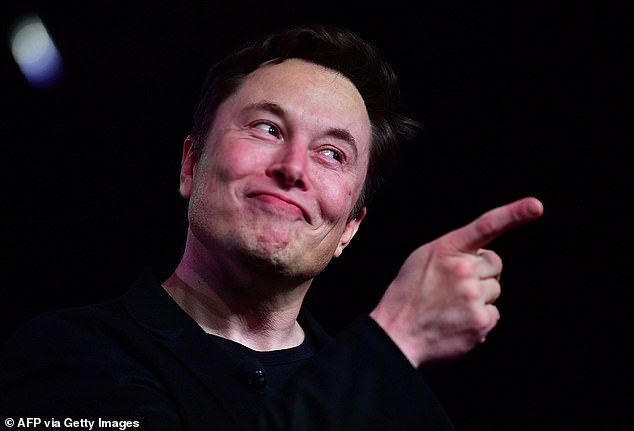 Griffin had her account suspended Sunday for switching her screen name to Musk.

Musk then confirmed the suspension with a tweet joking about her pretending to be a comedian.

‘Actually, she was suspended for impersonating a comedian,’ he wrote in reply to someone sharing the news on the platform.

‘But if she really wants her account back, she can have it … For $8,’ he said in a pair of tweets referring to his new monthly fee for users who want the blue tick verifying their accounts.

But Griffin was not amused and was swiftly back on Twitter with a series of angry responses, this time from the account of her mother Maggie Griffin, who died in March 2020 at the age of 99.

‘I mean… you stole that joke, you a–hole. People have been posting that joke for hours, you hack,’ she wrote.

‘Look, please do a better job running this company. It used to mean something. This is KG btw.’

Griffin continued tweeting well into Monday from her mom’s account, which she had previously used during a suspension in 2019. She tweeted that her mother would be fine with it.

‘My wonderful mother had an account that I ran for her,’ she wrote. ‘She passed away, but I always kept the account. Trust me, she would be with me on this. Relax,’ she wrote — throwing in another #FreeKathy.’

Griffin’s most recent tweet late Monday morning was written as it came from beyond the grave and directly at Musk.

Griffin continued tweeting well into Monday from her mom’s account, which she had previously used during a suspension in 2019 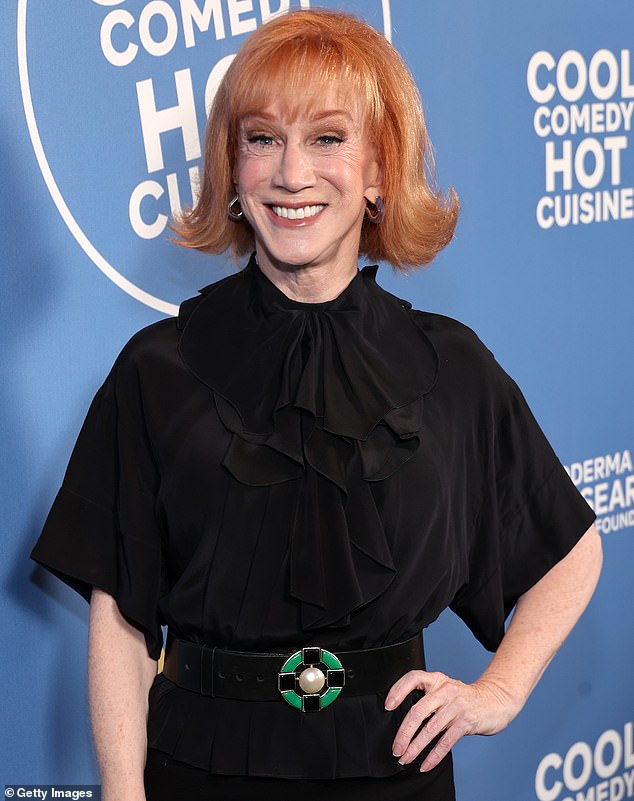 Griffin used the hashtag #FreeKathy on many of her tweets, some of which backfired as many users replied with the hashtag #pleasefreeusfromKathy

‘Elon, this is Maggie contacting you from the spirit world tell u…you’re a douchebag. This is not parody. This is the actual ghost of Kathy Griffin’s boxed wine loving mother saying I’m gonna get tipsy & throw my bingo cards at you! NOT A PARODY.’

It finished with: ‘To the moon, a**hole. #FreeKathy’

Griffin used the hashtag #FreeKathy on many of her tweets, some of which backfired as many users replied with the hashtag #pleasefreeusfromKathy.

Since taking over her late mother’s Twitter account, Griffin has also tweeted a series of conspiracies for why she’d been suspended.

‘I honestly think it’s because it’s me, and because the tweets I was trying to write in his voice were pro democrats and had hashtags like #VoteBlueToProtectWomen and #voteblue and pro Beto O’Rourke,’ she wrote.

She also agreed with a suggestion by another user, who wrote, because ‘suspending a female comedienne makes [Musk] feel like an important big man.’

‘You nailed it. That’s what it’s really about,’ Griffin responded in a tweet. 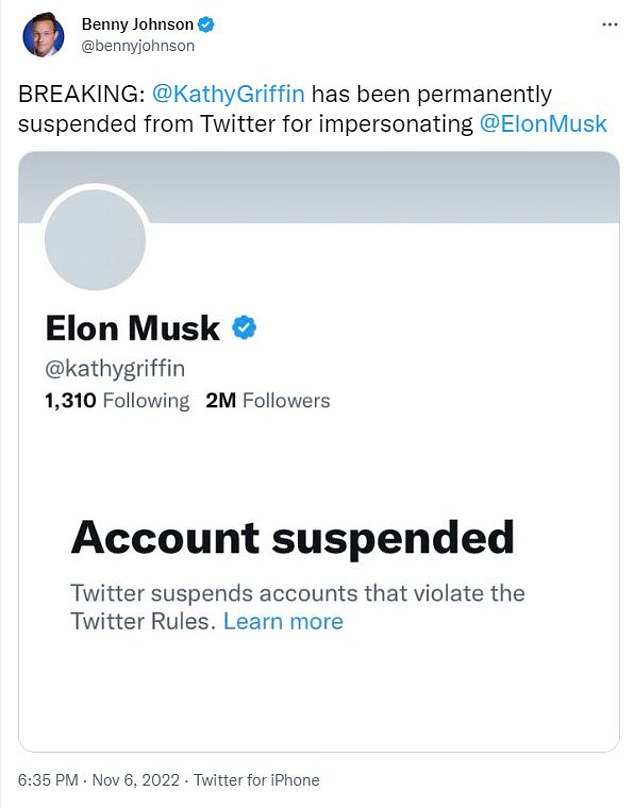 Griffin has continued to tweet from her mother’s account, but risks getting that one suspended as well due to Twitter’s ‘ban evasion policy’ that states ‘Twitter reserves the right to also permanently suspend any other account we believe the same account holder or entity may be operating in violation of our earlier suspension, regardless of when the other account was created.’

Over the weekend, Twitter said it would allow anyone to get a verified blue badge on the platform simply by signing up to the Twitter Blue subscription service and paying a monthly fee, a move criticized by some over fears it would allow any account to appear legitimate and spread abuse or misinformation more easily.

The $8 verified accounts are Musk’s way of democratizing the service, he claims.

‘Going forward, any Twitter handles engaging in impersonation without clearly specifying ‘parody’ will be permanently suspended,’ Musk wrote on Sunday.

While Twitter previously issued warnings before suspensions, now that it is rolling out ‘widespread verification, there will be no warning.’

In fact, ‘any name change at all’ would compel the temporary loss of a verified checkmark, the world’s richest man said. 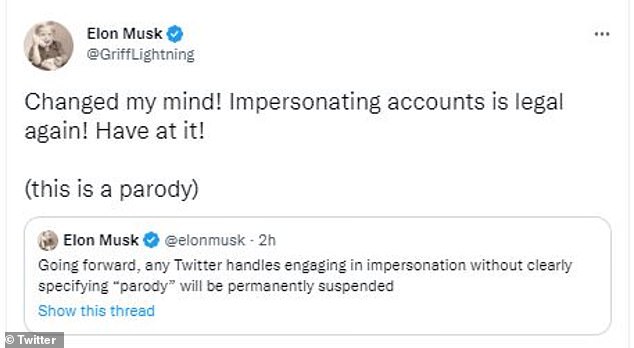 Kathy Griffith jibed Musk across her Twitter accounts, which she changed to show his name 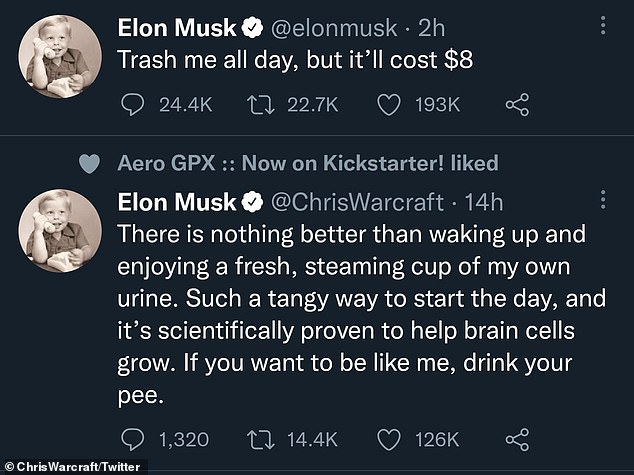 On Saturday, a Twitter update for iOS devices listed on Apple’s app store said users who ‘sign up now’ for the new ‘Twitter Blue with verification’ can get the blue check next to their names ‘just like the celebrities, companies and politicians you already follow.’

It said the service would first be available in the US, Canada, Australia, New Zealand and the UK. However, it was not available Sunday and there was no indication when it would roll go live. A Twitter employ, Esther Crawford, told The Associated Press it is coming ‘soon but it hasn’t launched yet.’

Some Twitter users have already begun migrating from the platform – to alternatives such as Mastodon and Counter Social – following layoffs that began Friday that reportedly affected about half of Twitter’s 7,500-employee workforce. 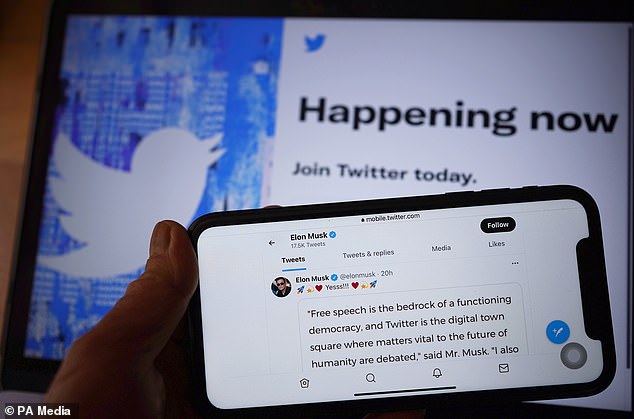 Twitter said it would allow anyone to get a verified blue badge simply by signing up to the Twitter Blue subscription service and paying a monthly fee, a move criticized by some

They fear a breakdown of moderation and verification could create a disinformation free-for-all on what has been the internet’s main conduit for reliable communications from public agencies and other institutions.

Many companies have paused advertising on the platform out of concern it could become more unruly under Musk.

Yoel Roth, Twitter’s head of safety and integrity, sought to assuage such concerns in a tweet Friday. He said the company’s front-line content moderation staff was the group least affected by the job cuts.

Musk tweeted late Friday that there was no choice but to cut jobs ‘when the company is losing over $4M/day.’

He did not provide details on the daily losses at Twitter and said employees who lost their jobs were offered three months’ pay as severance.

The Spice Girls – including Victoria Beckham – set to ‘reunite for King Charles...

Nick Kyrgios’ girlfriend Costeen Hatzi lives the high life as she shows off her...