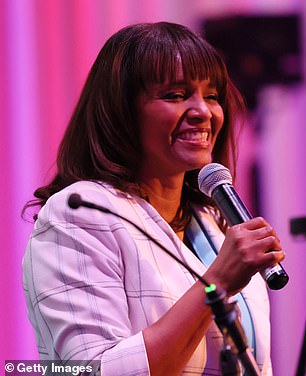 Kathy Barnette is locked in a tight three-way Republican Senate primary race. Voters in Pennsylvania will head to the polls on Tuesday, May 17

The military veteran is running in a highly competitive three-way race against businessman David McCormick and television personality Dr. Mehmet Oz – the latter of whom has had a narrow lead in some polls after clinching Donald Trump‘s critical endorsement.

Speaking in Bucks County, Pennsylvania alongside gubernatorial candidate Doug Mastriano – who like Oz has secured Trump’s endorsement – Barnett slammed McCormick and Oz as ‘globalists’ who did not really believe the ex-president’s America First agenda.

Journalists were reportedly barred from entering the event, but an audio recording was obtained by CNN.

Oz took Barnette to task that same day over unearthed tweets making xenophobic and homophobic comments, including one 2015 post where she declared ‘pedophilia is a cornerstone of Islam.’

‘I think it’s disqualifying to make Islamophobic and homophobic comments, not just for the general election, but the Republican primary as well,’ Oz told the Associated Press.

The former TV host said it was ‘reprehensible that she would tweet out something that is defamatory to an entire religion.’

Barnette had denied making the ‘pedophilia’ post in an interview with NBC’s Meet the Press, though she did not explain how it ended up on her Twitter feed. It’s still on her account as of Sunday.

She also took aim at Oz during her Saturday remarks to supporters, telling them he ‘never used his public platform to push any of our America First agenda.’

‘He has never. And now we are being told he is a MAGA conservative. Never,’ Barnette said. 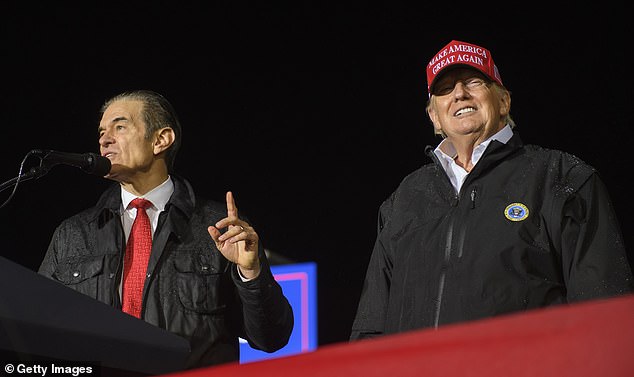 She accused him of criticizing her in a bid to sow ‘disinformation in order to suppress our vote, in order to steal an election.’

‘And yet they are telling us they are conservative. Pay attention.’

Barnette has thus far failed to get the same level of support from national Republican figures that her top two competitors have.

McCormick is going into the May 17 primary with public endorsements from Texas Senator Ted Cruz and Trump’s Secretary of State Mike Pompeo, among others.

‘The swamp does not only consist of Democrats. I don’t know if you know that,’ Barnette said on Saturday, taking aim at her party as a whole.

‘I believe the Republican Party has the best story,’ she continued, adding: ‘We keep picking people who suck at telling our story.’ 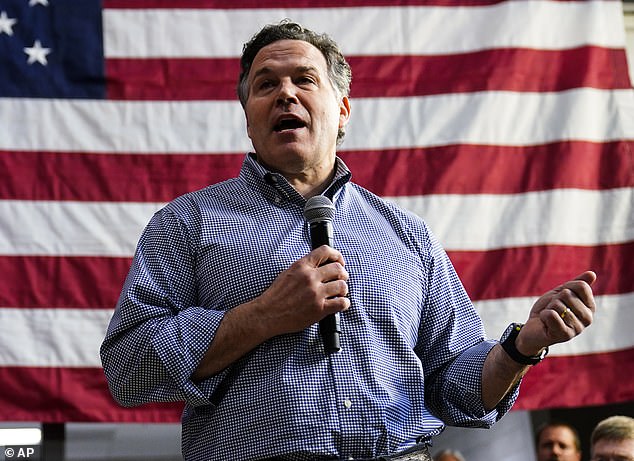 Barnette accused her other opponent, former hedge fund manager David McCormick, of being in China’s pocket

‘We keep picking the same old, same old people, thinking we are going to get a different result.’

Outside the event, reporters apparently had a tense stand-off with security over access to the candidate’s remarks.

‘The guards refused to give names or say whether they worked for Barnette or Trump-endorsed PA GOV candidate Mastriano. Whenever we stepped forward, they blocked us,’ Costa wrote on Twitter.

Last week Barnette’s campaign was forced to grapple with an extensive report on her past anti-Islam and anti-gay comments.

That also includes a tweet from 2016 captioned ‘a segment of Islam.’ Attached is a picture of a man in a turban holding up a paper photoshopped in front of the destruction of the September 11 terror attacks.

The paper read, ‘Vote Democrat! We need your help to kill you!’

Though she denied making the tweets last week, Barnette said Saturday: ‘No one is talking about my old tweets.’ 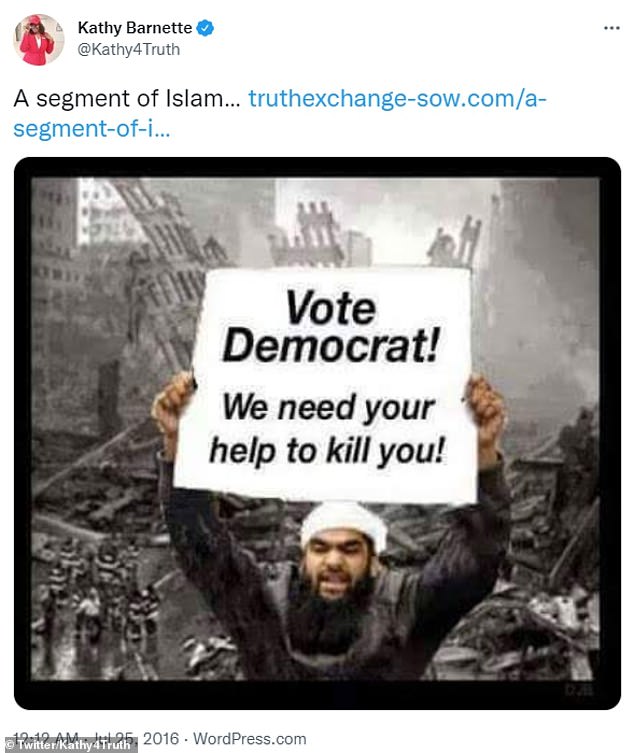 ‘They have got to go 10 years almost into the past to find … not a complete thought or a sentence and say this is who she is,’ she said.

‘If love is the litmus test, it becomes a very slippery slope. And that is where we, we find ourselves today.’

Trump released a statement on Thursday bashing Barnette and defending his endorsement of Oz after a slew of MAGA world backlash over his pick.

‘Kathy Barnette will never be able to win the General Election against the Radical Left Democrats,’ he said through his Save America PAC.

Trump added that Barnette has incidents in her past ‘which have not been properly explained or vetted’ but that she would ‘have a wonderful future in the Republican Party’ if they were.

‘Dr. Oz is the only one who will be able to easily defeat the Crazed, Lunatic Democrat in Pennsylvania. A vote for anyone else in the Primary is a vote against Victory in the Fall!’ the ex-president declared.

Builders use their digger to rescue dog from drowning in an irrigation channel in...

McCarthy gets STANDING OVATION from GOP colleagues over tapes defense