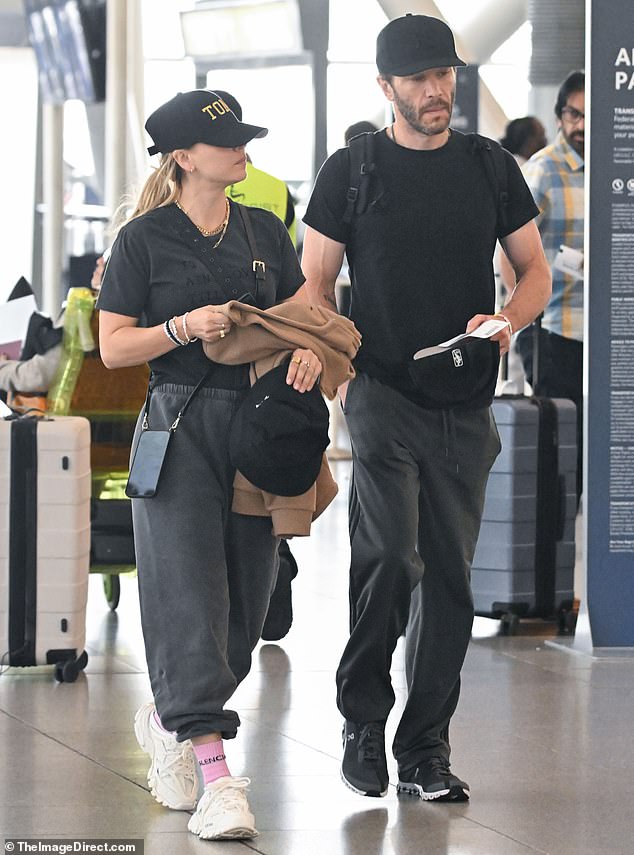 The Big Bang Theory star hid a good portion of her face beneath a large sports cap with the word Tom’s embroidered on it in bright yellow thread.

The Outer Range actor, who will turn 40 later this month, was similarly dressed and carried a large black backpack for his trip.

The couple have been dating for several months, but went official at the Hollywood Walk of Fame ceremony for The Flight Attendant executive producer Greg Berlanti, 50, in May.

Season two finale of Kaley’s HBO Max dramady aired Thursday and it’s uncertain whether season three will take off.  In an interview with People the actress and executive producer explained, ‘There’s definitely interest in doing a third season. I think for me, at this moment, the plane has landed.’ 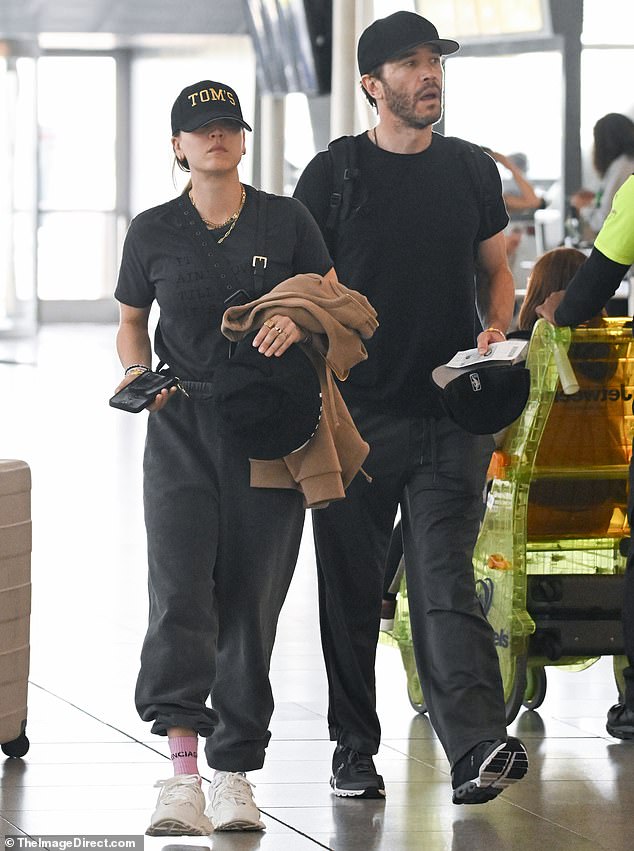 Capped: The Flight Attendant star wore black sweat pants, a short sleeve t-shirt, white sneakers and pink socks. She hid her face beneath a sports cap with the word Tom’s embroidered on it

The versatile star can be seen next in The Man from Toronto.

She co-stars with Woody Harrelson, 60, Ellen Barkin, 68, and Kevin Hart, 42,  in the comedy about an assassin and a screw-up who are mistaken for each other at an Airbnb rental. 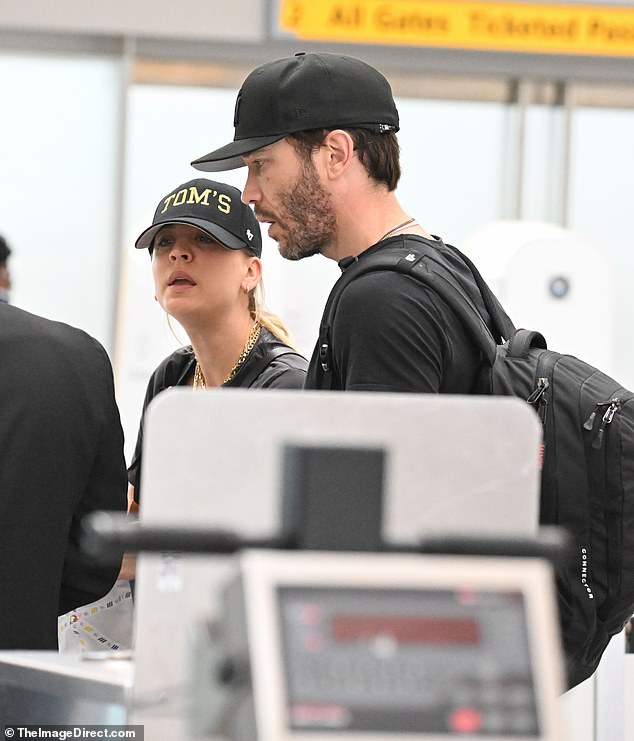 Dressed alike: The Outer Range actor, who will turn 40 later this month, was dressed in attire similar to his partner’s carried a large black backpack for his trip

The leading lady has also completed work on the romantic comedy, Meet Cute, opposite Pete Davidson, 28.

Tom can next be seen as the title character in the thriller American Murderer, opposite Ryan Phillippe, 47, and Idina Menzel, 51.

The movie is based on the true story of a charming con artist who eventually ends up on the FBI’s most wanted list. 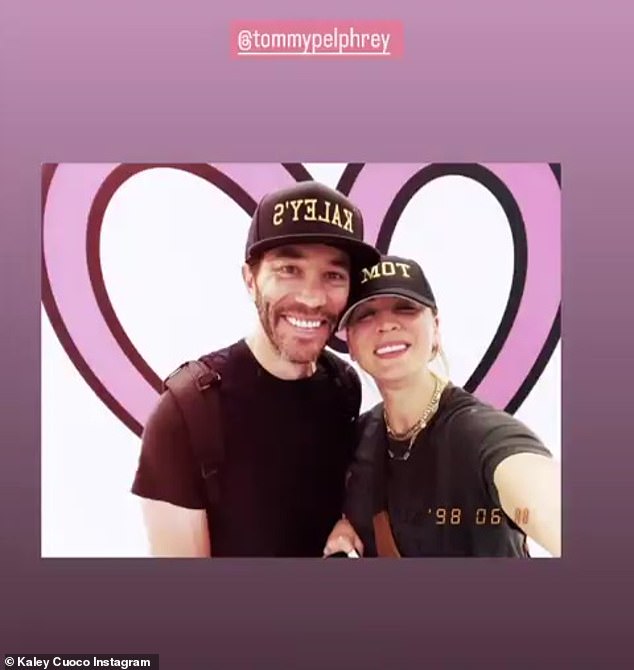 New romance: The actress also took to her Instagram page and shared several images of herself snuggling up with Pelphrey, including this one where they wore matching hats 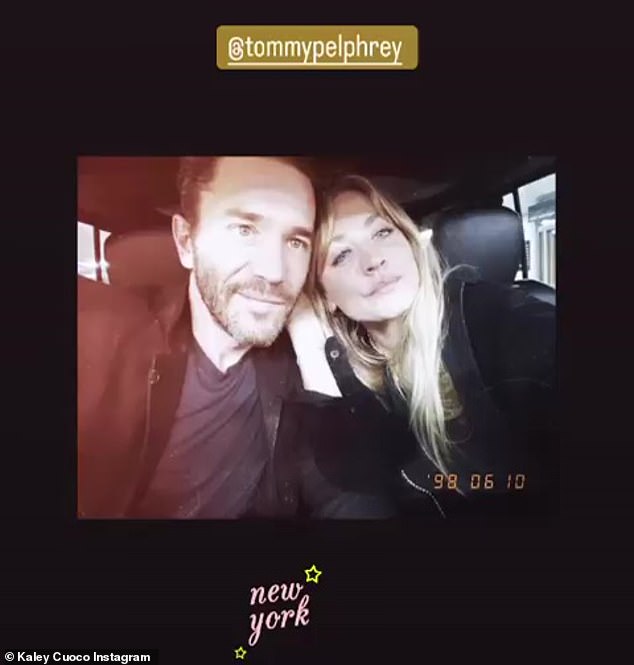 Big Apple: Cuoco and Pelphrey showed off their excitement to be back in New York City 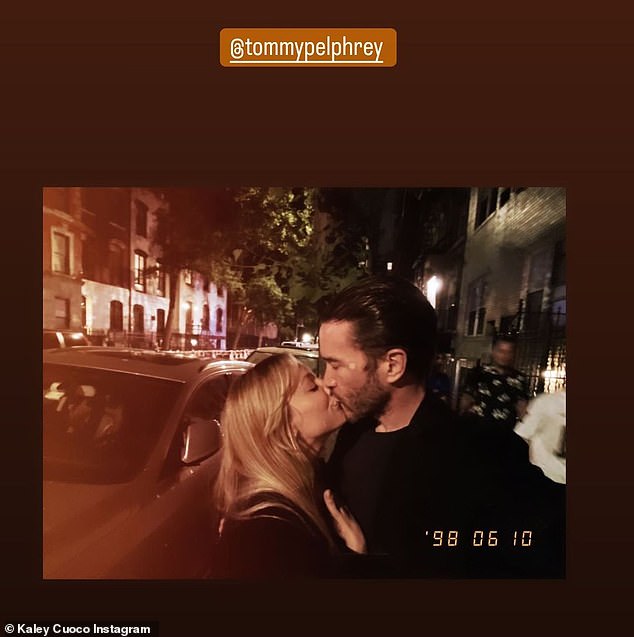 Sweet: The couple shared a passionate smooch while out on the town on Saturday night 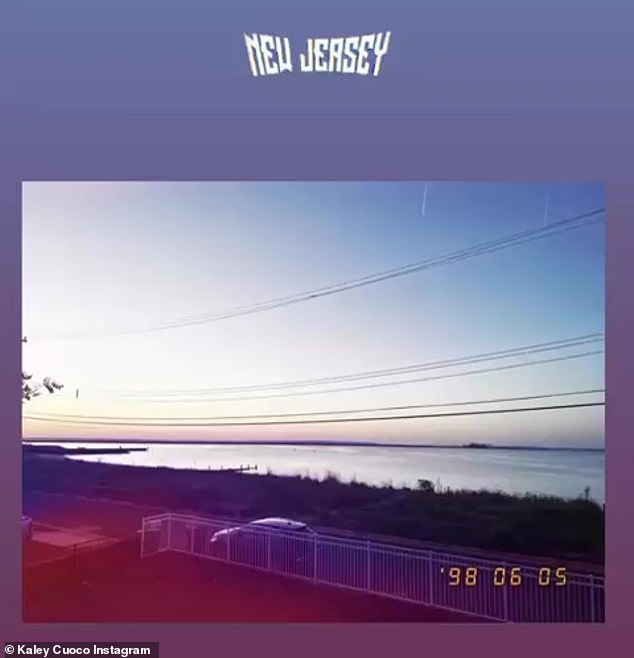 Jersey: The actress also snapped a photo of nearby New York during their drive 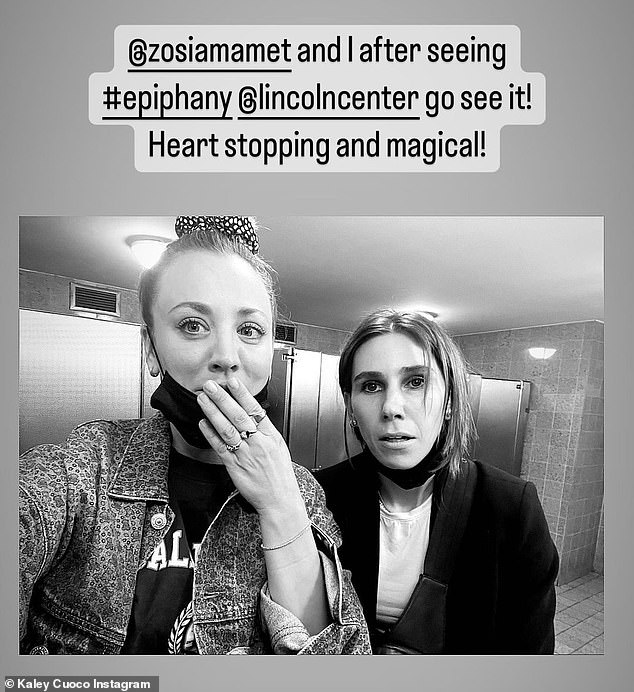 Thumbs up: Cuoco and actress Zosia Mamet gave a rousing endorsement for her Instagram fans and followers to go see the new play Epiphany at Lincoln Center Theater

Disgraced Prince Andrew ‘pulled out of Ascot because he was so angry with the...

Miraculous survival of little boy, 4, who was attacked by a dog at a party...

Walmart shooter had a MANIFESTO on his phone outlining how he was upset after...