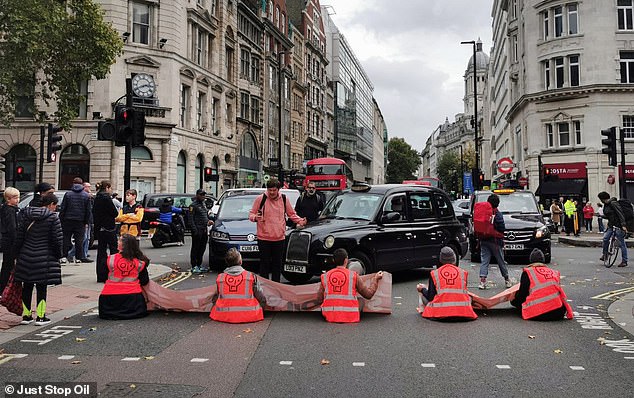 By Elly Blake For Mailonline

Police have arrested 16 Just Stop Oil activists are they blocked a busy junction in central London this morning on day 21 of protests that have wreaked havoc across the capital.

Eco zealots caused gridlock as they blocked a road junction near Holborn tube station at around 10.50am, over demands the Government halts all new oil and gas production.

Some sat in the road with banners while others glued themselves onto the tarmac. Meanwhile, an angry motorist ripped a banner out of the hands of a protestor.

The Metropolitan Police said that they were dealing with 16 protesters sitting at four junctions, blocking traffic at Kingsway.

Five protesters had glued themselves to the road and required being unstuck by a specialist team.

Sixteen protesters were arrested for wilful obstruction of the highway connecting Kingsway and High Holborn.

Little over an hour after the roadblock started, police said the mob had been taken into custody at a central London police station, and all four junctions are now open. 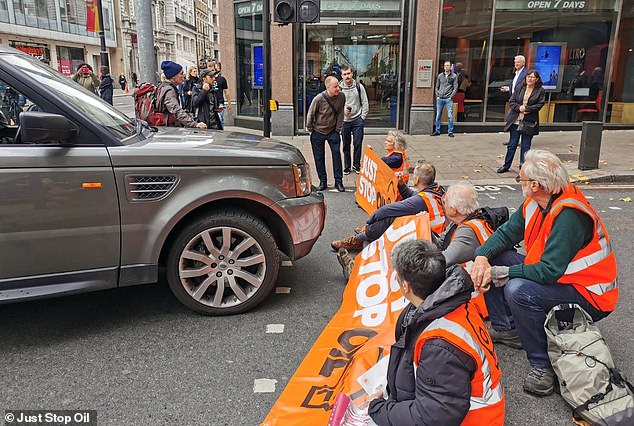 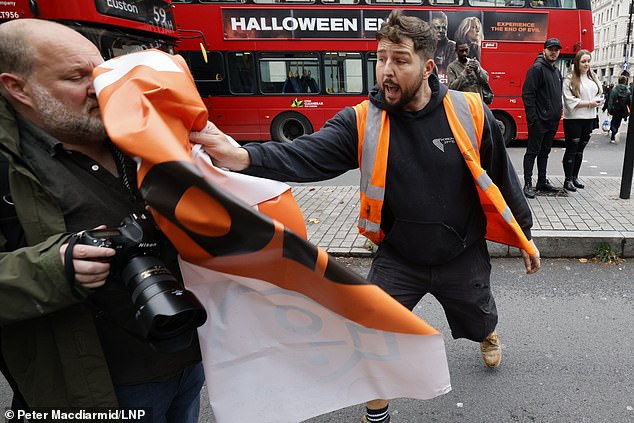 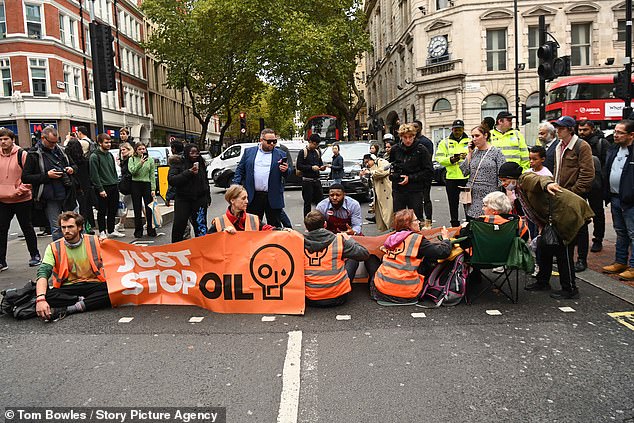 The group is demanding the Government halts all new oil and gas production.

One protestor, Patrick Walker, 33, a council worker from Newport, said: ‘I realised then the government wouldn’t listen and I had to take action if I wanted a future for my family. I have no choice but to resist.’

Adam Beard, 53, a gardener from Stroud, said he was taking action because he’s ‘had enough of government lies and inaction on the climate crisis’.

He added: ‘I hope that my actions in support of Just Stop Oil will inspire other ordinary people like me to step forward and take a stand against this government’s disastrous energy policies.’

Today’s roadblock marks 21 days of protests that have wreaked havoc across the capital.

Police have made 539 arrests so far.

Nick Fuentes, 24, throws his drink at a couple after getting into a dispute...

Kourtney Kardashian shows off her figure in a black bikini during yacht day with...