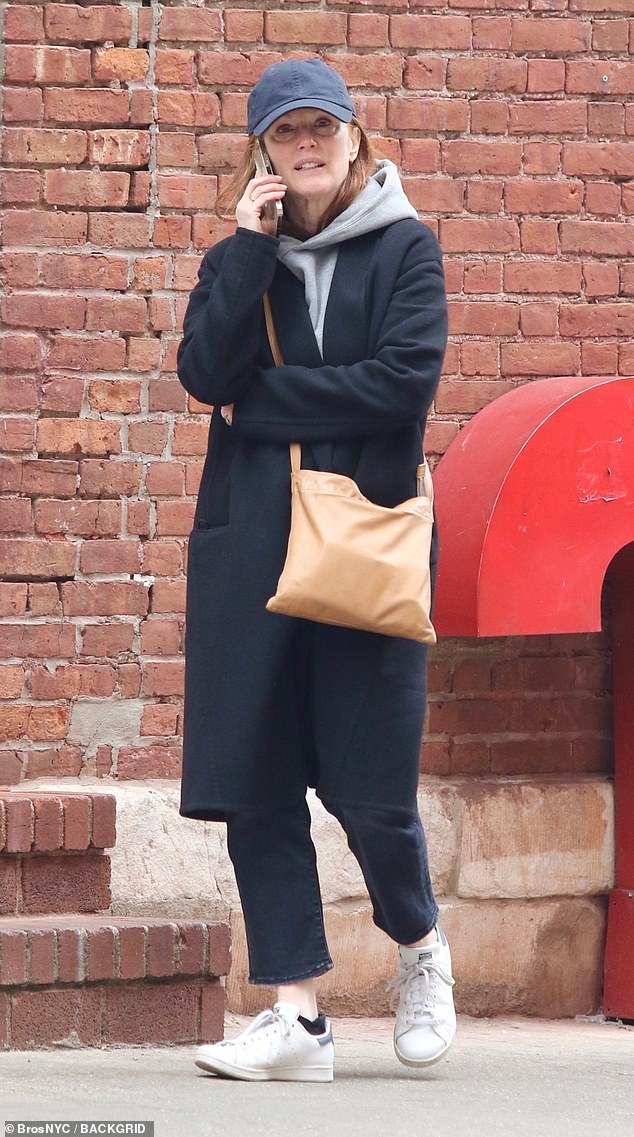 By Kevin Kayhart For Dailymail.com

It’s been a few months since Julianne Moore wrapped up the shoot for her latest film role for the comedy-thriller Sharper.

With some downtime on her hands the Academy Award-winning actress decided to head out to do a bit of shopping around the West Village neighborhood of Downtown Manhattan on Friday.

Earlier in the day, the mother of two took to her Instagram page and gushed over her daughter Liv Freundlich on her 20th birthday, alongside a series of photos taken of the two throughout the years.

Retail therapy: Julianne Moore, 61, stepped out to do a bit of shopping in the West Village neighborhood of Downtown Manhattan on Friday

With scattered rain and temperatures in the 50’s and low 60s Fahrenheit, Moore stepped out in a black overcoat over a gray hoodie.

She also wore black jeans, a pair of white sneakers, and a black baseball cap over her long ginger locks.

While out and about, the Still Alice star took time out from her shopping to take a couple of phone calls. 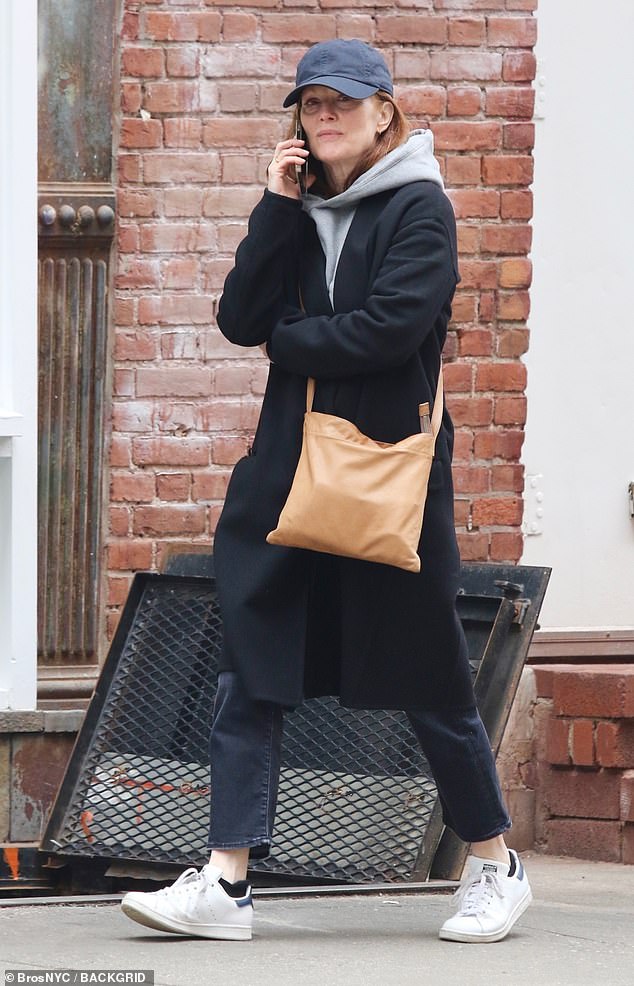 The Oscar-winning actress, who got distracted with a couple of calls, bundled up in a black overcoat over a gray hoodie and black jeans for her afternoon out and about

It’s likely that The Lost World star had chatted with her daughter to wish her a happy birthday.

‘Happy birthday to my spectacular girl,’ the proud mom shared on Instagram. ‘I am so proud of everything you are and everything you have become. It is a joy to watch you grow – I can’t believe you are 20 years old.’

She ended by adding, I’m so lucky to be your mom,’ along with three red heart emojis.

Moore’s social media post included what appeared to be a recent photo of Liv striking a pose by herself, and another alongside her mother. There’s also three images of Liv at varying times when she was a young girl. 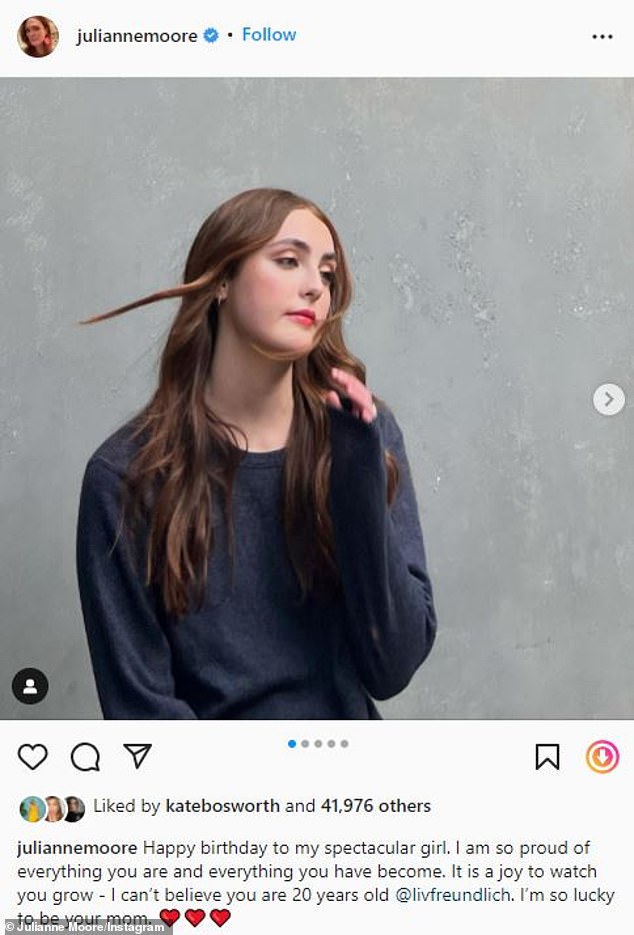 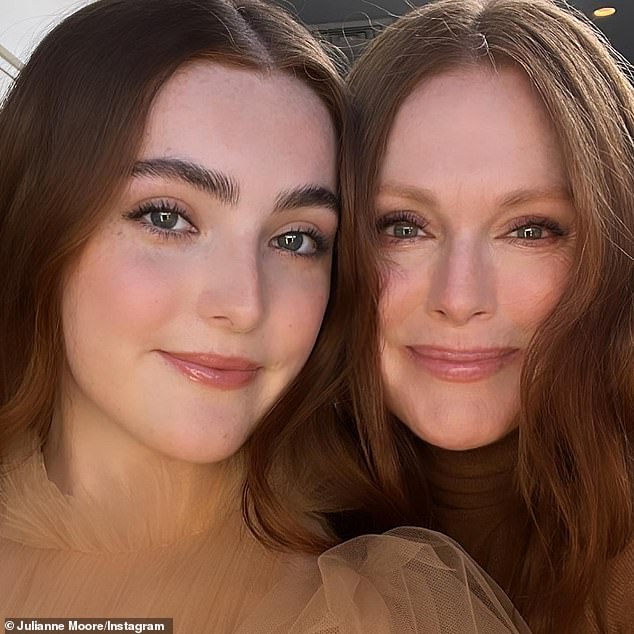 Look-alike: The proud mother also posted a photo of herself with her daughter 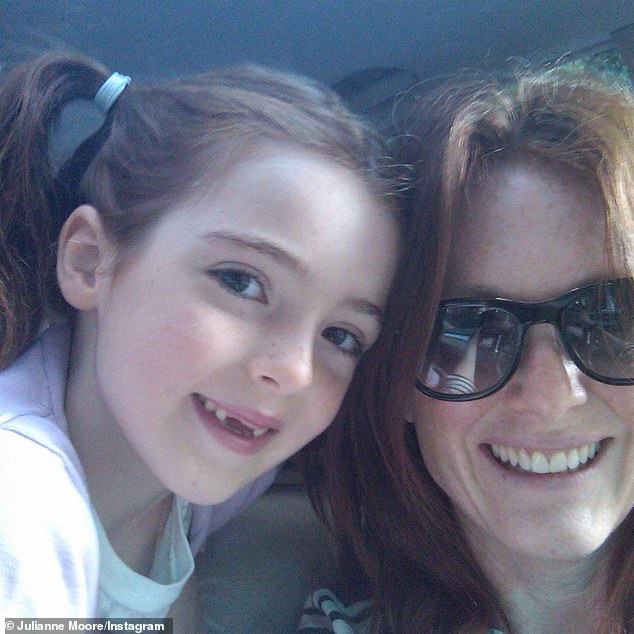 Adorable: The actress also posted images of Liv as a young girl

Along with Liv, Moore and her husband Bart Freundlich, 52, are also parents to son Caleb Freundlich, 24.

The longtime couple sparked up a romance around the time Moore starred in Freundlich’s film The Myth of Fingerprints in 1996, and eventually went on to get married in August 2003.

The duo has worked together on a number of film projects, including Trust The Man (2005) and After The Wedding (2019). 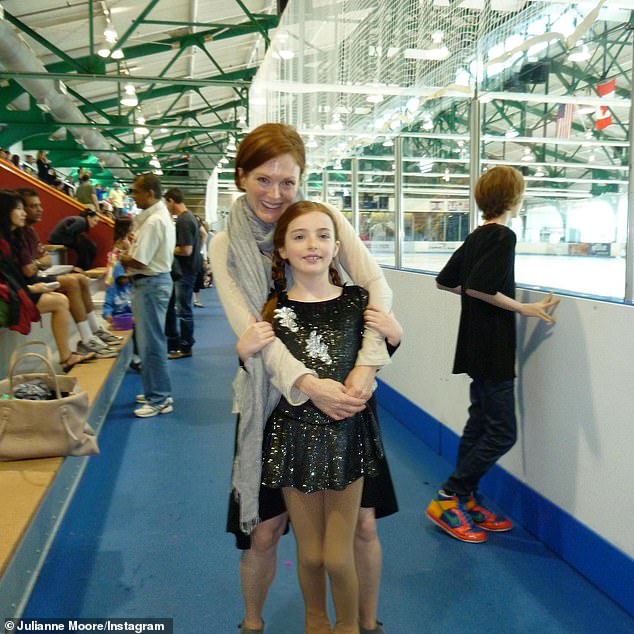 Cute: The mother-daughter tandem could also be seen at an ice skating rink years ago 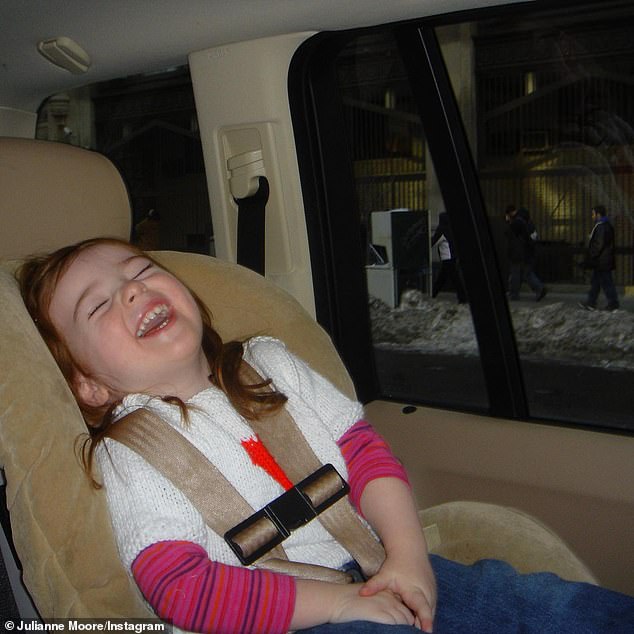 Beaming: There’s also a hilarious photograph of Liv bursting out into laughter as a youngster 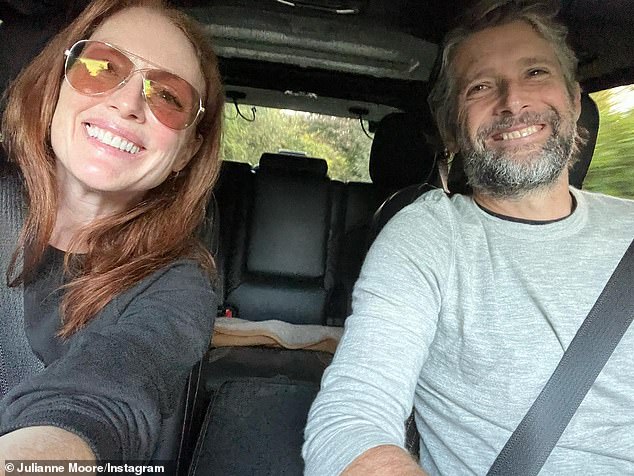 Proud parents: Along with Liv, Moore and her husband of more than 18 years, Bart Freundlich, are also parents to 24-year-old son Caleb Freundlich

Abigail Breslin, 26, reveals she is a domestic violence survivor and states she is...