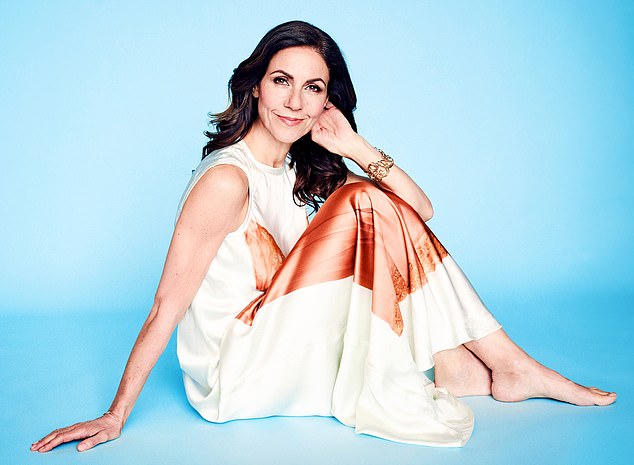 By Jane Wharton For The Mail On Sunday

Countryfile presenter Julia Bradbury today recalls the moment she looked down at the felt-tip markings made for the surgeon carrying out her mastectomy and says: ‘They were like something you see in the butchers. I felt like a piece of meat on a block.’

In an emotional interview with You magazine, the BBC star, who underwent the operation in October after being diagnosed with breast cancer last year, adds: ‘At that point – and I think this is a moment that every woman who has had a mastectomy will share – I had never felt so lost, so out of control and so deeply sad. The shape of me, as I knew it when I looked in the mirror, was never going to be the same again.’

The BBC star said of her mastectomy markings: ‘They were like something you see in the butchers. I felt like a piece of meat on a block.’

Julia, 51, bravely allowed ITV cameras to document her cancer story, which will air on April 28. The mother-of-three says it was almost two months before she could summon the strength to look at her reconstructed left breast. ‘I didn’t want to see myself so horribly damaged, bruised and battered,’ she says.

‘I looked at it in the bedroom in my wardrobe mirror and – I don’t want to upset my surgeon because he has done a brilliant job – it looked like a Plasticine boob. That was eight weeks post-mastectomy.

Several weeks later, my mum looked again and said “Jules, it is beautiful”, and I realised how far I had come.’ 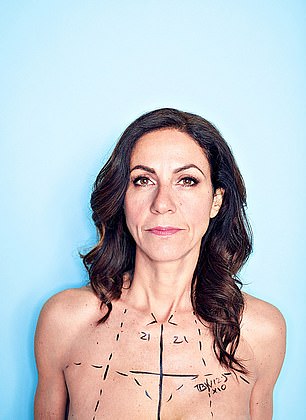 She did not require chemotherapy or radiotherapy but doctors have found ‘micro-invasions’, tiny fragments of cancerous cells in her breast tissue

She did not require chemotherapy or radiotherapy but doctors have found ‘micro-invasions’, tiny fragments of cancerous cells in her breast tissue.

Genetic testing shows she is in the top five or six per cent of women in the country at risk of the cancer returning, so she is considering hormone therapies that could reduce that risk.

But with remarkable bravery, she says: ‘It’s about percentages and perspectives. The doctors have not found a huge spread of an aggressive cancer. I have lost my breast but been able to have an implant and keep my own nipple. I feel lucky and grateful every day and I have to learn to live with this risk, to accept the fragility of life, without it consuming me.’

Julia says her experience has reinforced her desire to spend as much time as possible with her partner and their three children, Zeph, ten, and twin daughters Zena and Xanthe, seven.

‘It’s impossible to hear the words “you have cancer” and not think about life in a different way,’ she says. ‘I’ve asked myself how I want to live from now on. You can’t face your own mortality and not do that.’

Children as young as THREE are among the first under fives in America to...

Savannah Guthrie and Hoda Kotb beam as honorees at the Broadcasting & Cable Hall...

US Senator Dianne Feinstein, 88, will NOT step down before her term ends in...