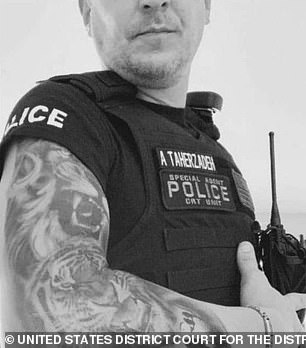 A member of Jill Biden’s Secret Service detail was compromised by two fake agents who showered members of the security services with lavish gifts, it is claimed.

Arian Taherzadeh, 40, and Haider Ali, 36, were taken into custody as more than a dozen FBI agents charged into a luxury apartment building in Southeast Washington on Wednesday evening.

Photos posted to social media Wednesday night showed FBI crews moving boxes out of their luxury apartment and even bringing in a big box truck to the scene.

Taherzadeh and Ali are accused of posing as members of a fake Department of Homeland Security taskforce investigating gang violence and the January 6 Capitol riots. The pair, whose nationalities have not been revealed, are said to have driven around in an official-looking SUV equipped with flashing lights.

They are said to have successfully ingratiated themselves with Secret Service agents, who they supplied with rent-free luxury apartments, high-end electronics and policing equipment. Four members of the agency – including the first lady’s bodyguard – have been placed on leave, with their identities not revealed.

In one instance, Taherzadeh even allegedly offered a member of First Lady Jill Biden’s security detail with a $2,000 assault rifle, as he and Ali also reportedly supplied an agent with a penthouse apartment valued at more than $40,000 a year.

It is unclear what they had hoped to gain from the ruse, and prosecutors say the investigation is ongoing, even as four members of the Secret Service – including the one from the first lady’s security detail – have been placed on leave.

Investigators have also not said whether the pair ever successfully managed to have direct contact with Mrs Biden, who is the most heavily-protected woman in the United States.

In the meantime, Taherzadeh and Ali are being detained and are scheduled to appear in the US District Court in DC on Thursday.

They are charged with impersonating federal law enforcement and obtaining handguns, rifles and other materials to pose as Department of Homeland Security officers. 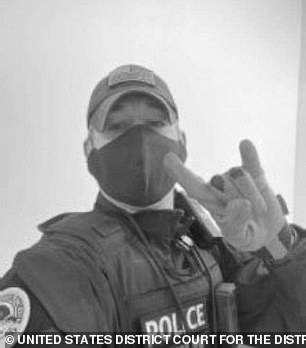 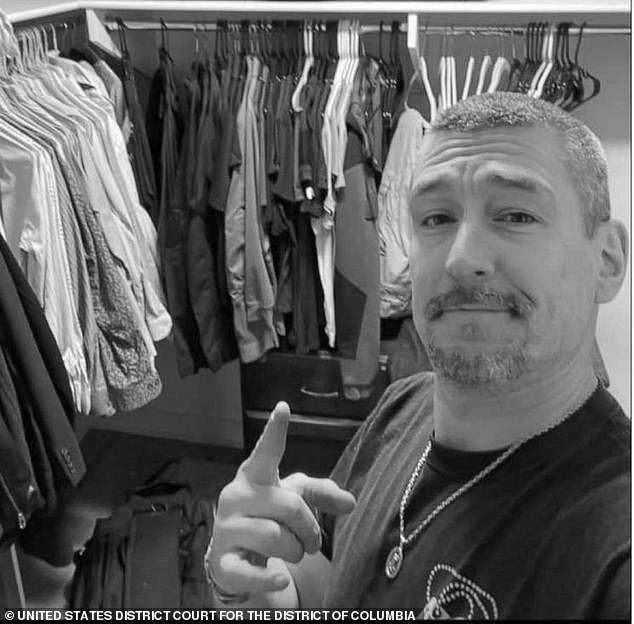 The two men’s motive for the scheme has yet to emerge, with an investigation into their behavior ongoing 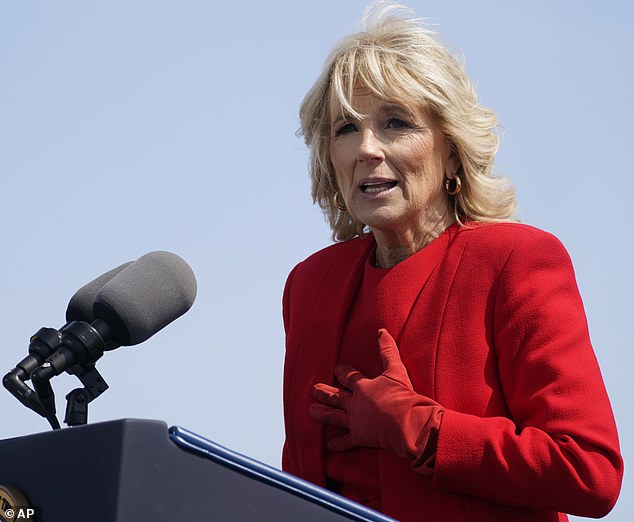 One of the Secret Service agents accused of getting gifts from Taherzdeh and Ali worked on First Lady Jill Biden’s security detail. That agent, as well as three others, has been placed on leave as an investigation continues. First Lady Jill Biden is pictured here speaking during a commissioning ceremony on April 2

Federal prosecutors claim that Taherzadeh and Ali began posing as Department of Homeland Security officers back in February 2020.

Since then, the two were seen flashing official-looking DHS ID cards and carried Glocks.

At the same time, they began loaning out iPhones, surveillance systems, a drone, a flat screen television, a generator, a gun case and other policing tools, according to an FBI affidavit filed in the US District Court in DC.

At one point, Taherzadeh even allegedly offered a member of First Lady Jill Biden’s security detail a $2,000 assault rifle and loaned out his SUV equipped with emergency light – which he claimed was his ‘government vehicle’ to the agent’s wife, according to the Daily Beast.

In another instance, the suspects allegedly supplied an agent with a penthouse apartment that was rented our for more than $40,000 a year – a tab they claimed was paid for by the Department of Homeland Security.

It is unclear where the cash to pay for the rent came from.

They also reportedly set up fake websites to support their claim that they were members of the ‘special police’ and are accused of conning an unnamed ‘applicant’ to join their Homeland Security task force they had invented.

The recruitment process, according to the Daily Beast, included shooting the applicant with an airsoft rifle, supposedly to evaluate their pain tolerance, and have the applicant researching an unnamed person who worked as a contractor for the Department of Defense and the intelligence community. 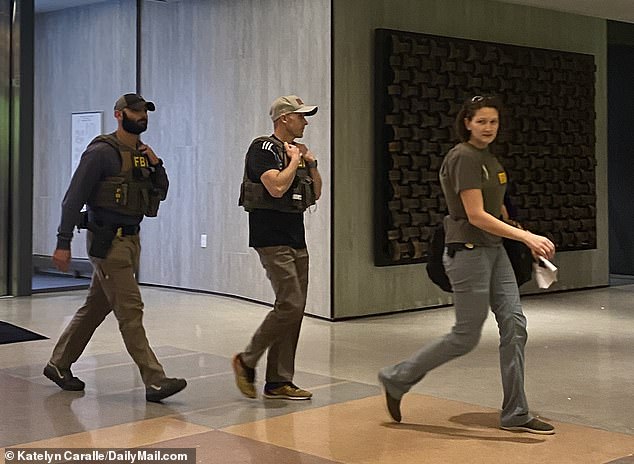 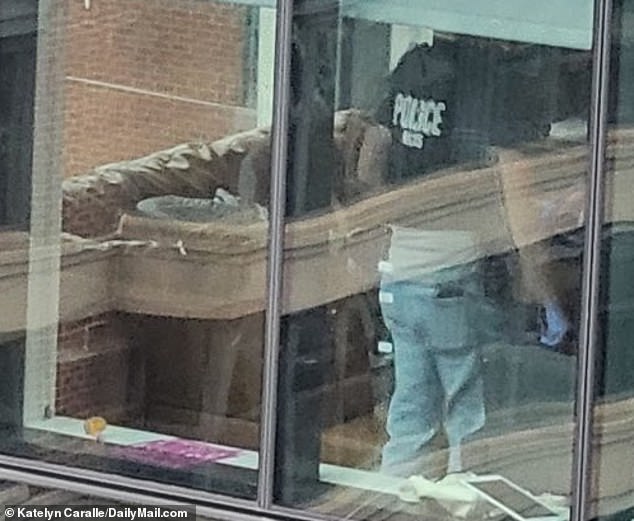 Their scam finally started to unravel on March 14, when the U.S. Postal Inspection Service began investigating an assault on a mail carrier at the Crossings Apartments in southeast DC – where Taherzadeh and Ali live along with many who work for the FBI, Secret Service, Department of Defense and the Navy.

Residents of the building told the inspector that Ali and Taherzadeh had identified themselves as DHS investigation special agents who may have witnessed the assault, the Washington Post reports.

Others also reported that Taherzadeh and Ali used several apartments in the building, claiming DHS paid the rent, and used an SUV equipped with emergency lights they identified as ‘their official DHS vehicle.’

And when the investigator spoke to the two men, they once again claimed they were ‘special police’ officers involved in undercover gang-related investigations and probes related to the January 6 Capitol riot.

But later, the FBI indictment says, the investigator learned that the men were in contact with several members of the Secret Service, and provided gifts to them and their families.

It is unclear what tipped the investigator off, but he passed the information along to the DHS’s Inspector General, which triggered an FBI investigation.

In the aftermath, the Washington Post reports, witnesses reported that they saw ‘a significant amount of law enforcement paraphernalia, including SWAT vests, a large safe, computers, a high-powered telescope and internal surveillance cameras’ in Taherzadeh’s apartment.

They also claimed the fake feds set up surveillance in the building, and told other residents they could access their cellphones and personal information at any time.

Britain’s Got Talent viewers are ‘traumatised’ after a man nearly drowned during the ITV...

The story behind Great Balls of Fire singer Jerry Lee Lewis’ marriage to his...