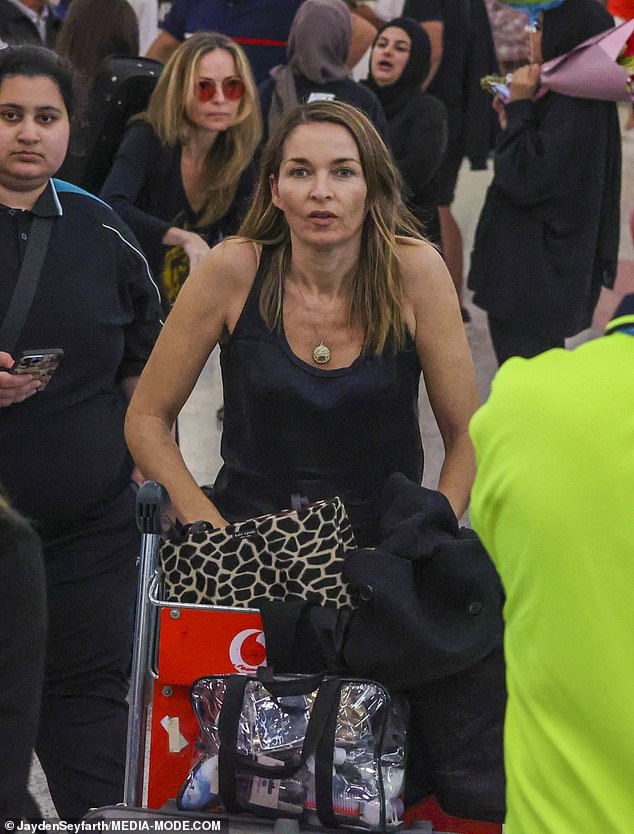 Leaving them breathless! Irish music royalty The Corrs are still as stunning as ever as they touch down in Australia for the first time in 21 years

The Corrs were known for their breathtaking good looks and their music.

And Caroline, 49, and Sharon Corr, 52, proved they were still as stunning as ever as they arrived in Sydney ahead of their ‘one night only’ concert.

The sister musicians, who rose to international fame with 90s bangers like ‘Breathless and Forgiven, Not Forgotten’, were spotted posing for photos with fans.

Irish music royalty The Corrs, including Caroline Corr (pictured), touched down in Australia for the first time in 21 years on Wednesday ahead of their one night only concert in the Hunter Valley

Despite the long-haul flight Caroline looked quite animated as she pushed her luggage through the terminal.

The star looked to have barely aged since the peak of the Irish band’s fame.

She showed off her slender figure in a figure-hugging singlet along with black pants and white sneakers. She finished her look with a gold necklace. 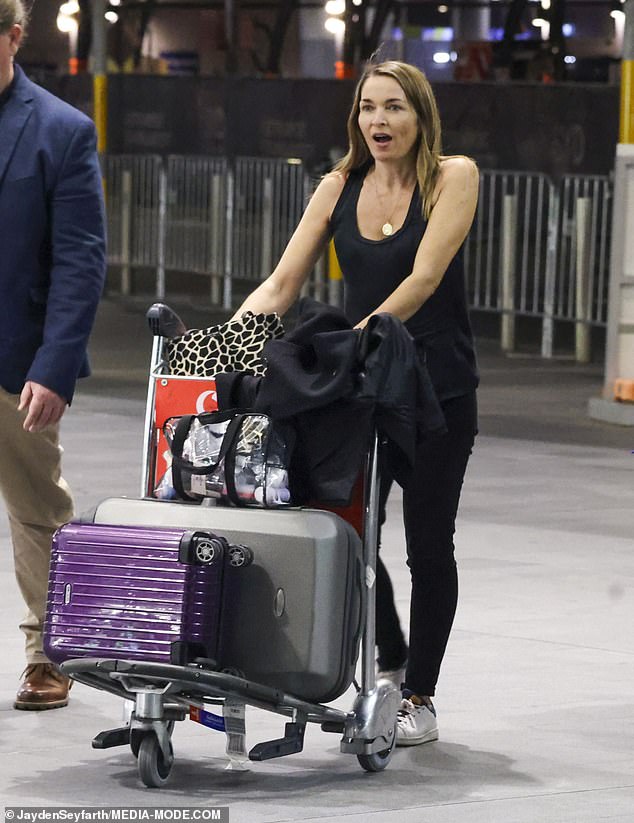 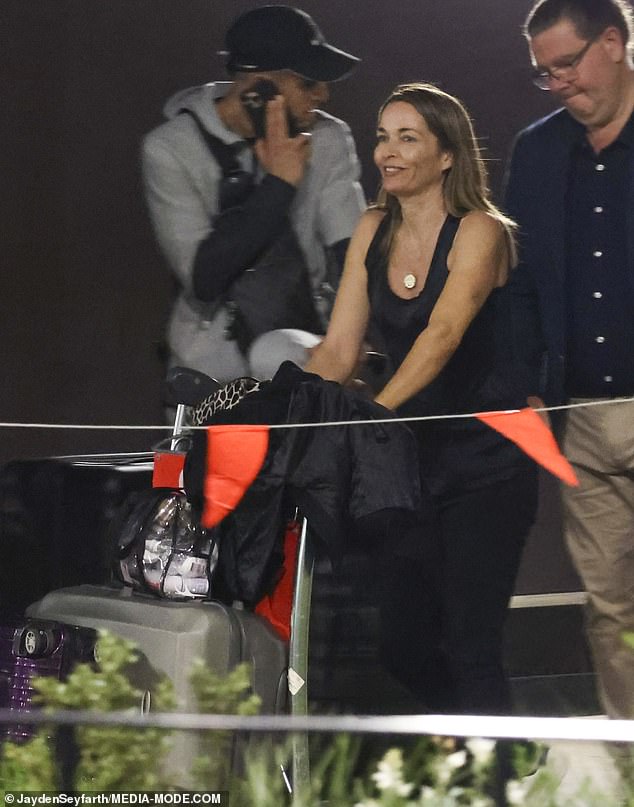 Sharon looked to be carrying somewhat lighter, just pushing along a suitcase and a guitar strapped to her back.

She also wore a loose-fitting black ensemble along with a pair of pink-tinted sunglasses for her arrival.

The band’s bassist Keith Duffy was also seen arriving in the terminal. 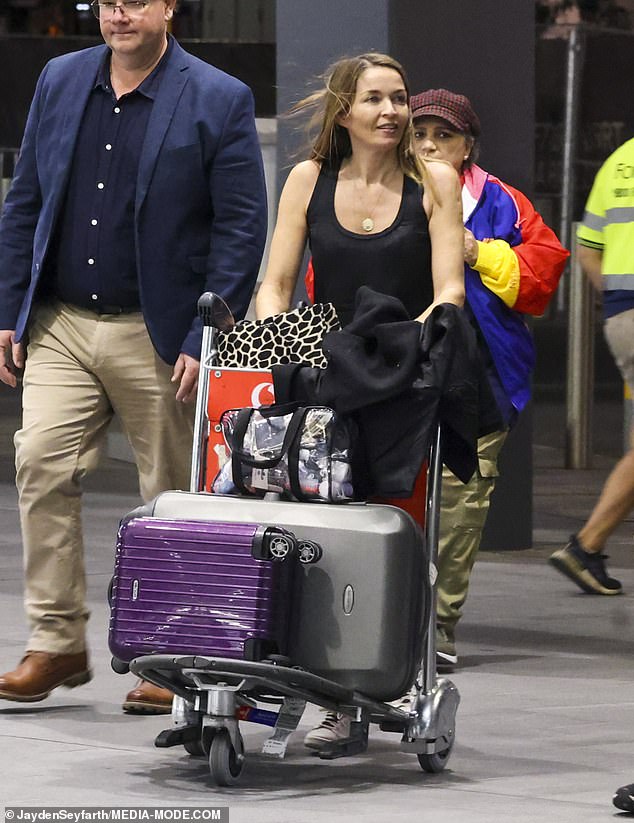 Caroline opted for a figure-hugging singlet along with black trousers and white sneakers. She finished her look with a gold necklace 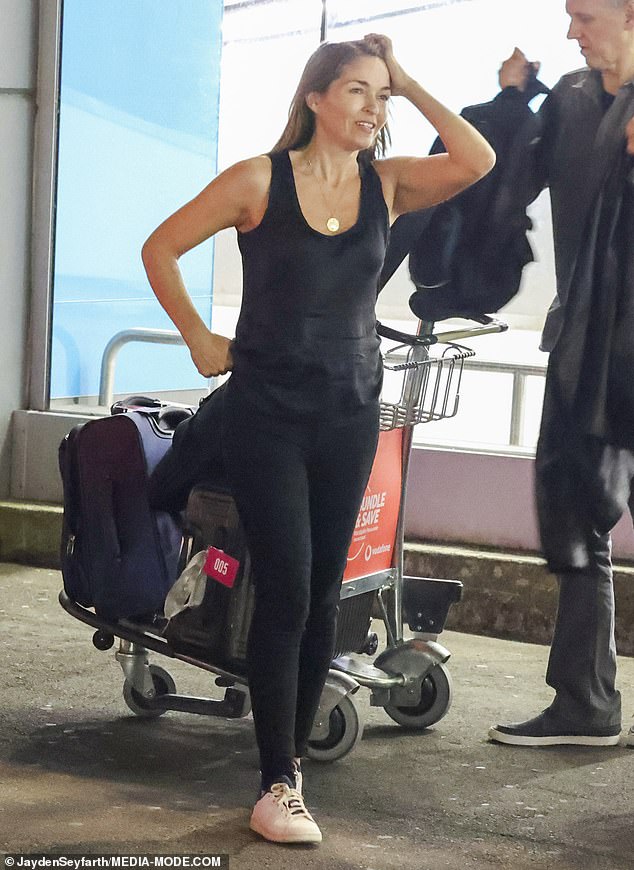 At one point, she laughed and smiled as she made her way through the terminal

The Irish superstars will play at the Hunter Valley on the Hope Estate, with special guests,90s hitmakers Wet Wet Wet.

The evening will certainly be a night to remember with The Corrs singing along to 500 drones lighting-up the sky in sync to a number of their hits.

Speaking to Triple M radio this month, Sharon said it was insane the group hadn’t been Down Under for the past 21 years. 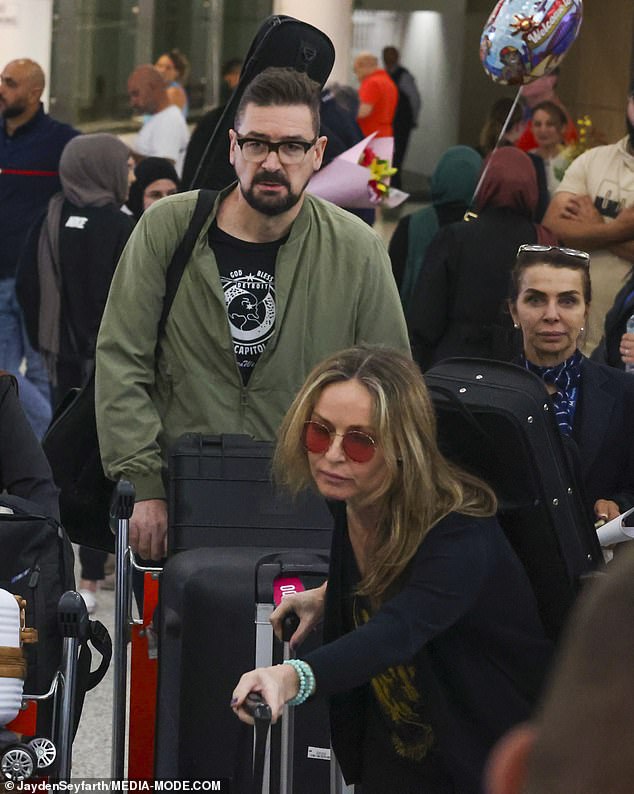 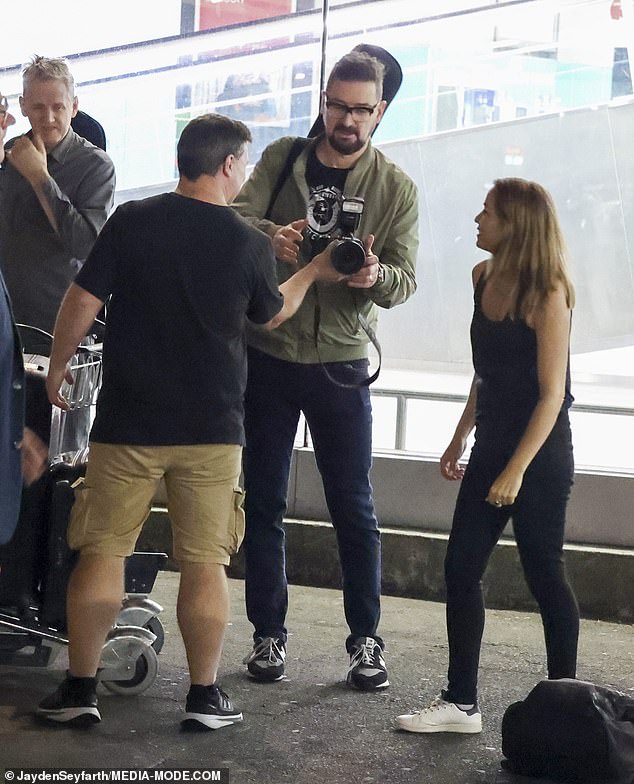 ‘We’re super excited, we were going through the set list today,’ Sharon said.

‘They [Aussies] welcomed us with open arms.’ 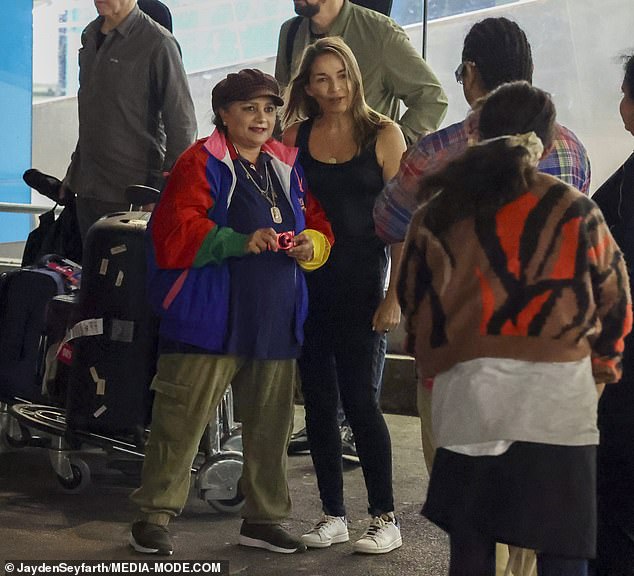 Caroline posed for photos with fans at the airport 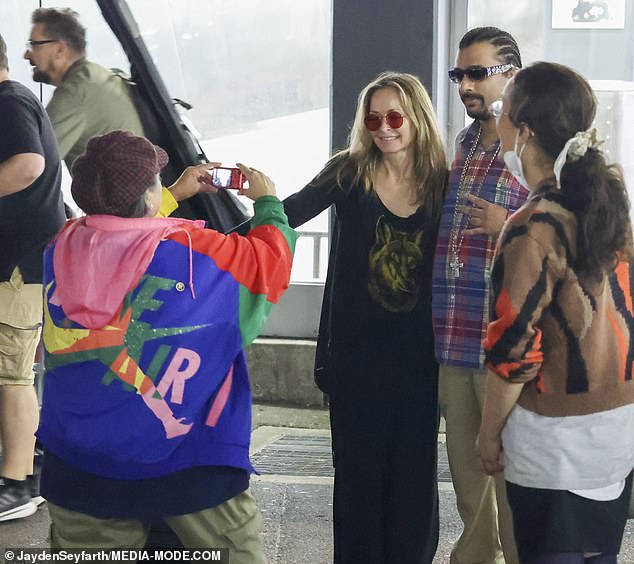 Sharon spoke of the family band and their talent.

‘We’ve often wondered over the years why one of us wasn’t a complete dud, like what are the chances’ she said.

The Corrs will play on the Hope Estate on Saturday, November 26, with the concert event starting at 4pm. 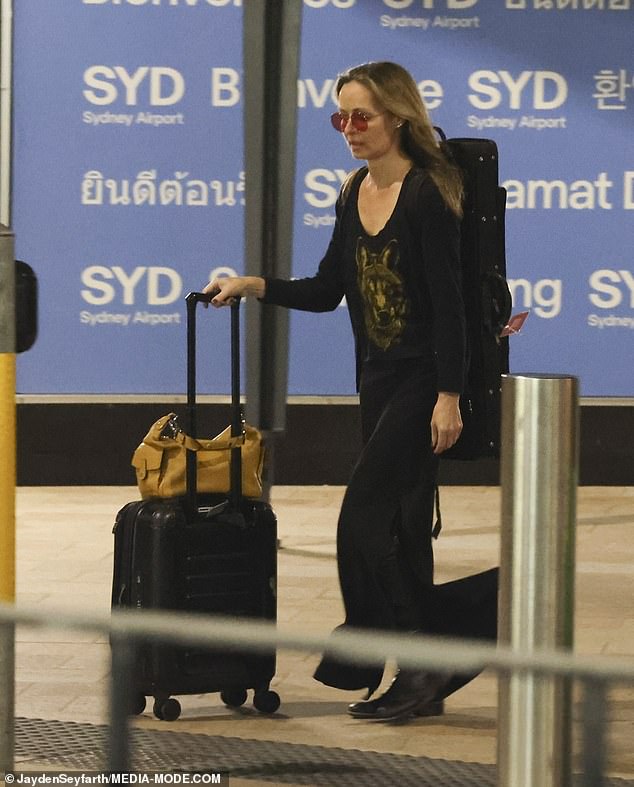 The Corrs will play on the Hope Estate on Saturday, November 26, with the concert event starting at 4pm. Pictured: Sharon Corr

Dan Walker ‘will earn £1.M as he quits BBC for channel 5 despite claims...

Houston Astros move on to ALCS after EIGHTEEN INNING marathon vs. Seattle Mariners