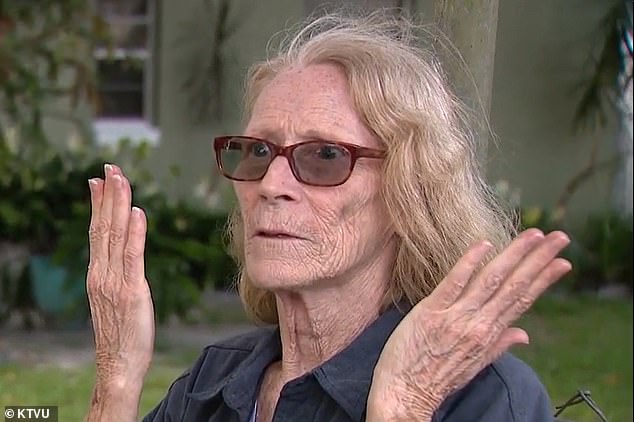 Virginia Morrison, 69, was home with her 80-year-old companion, Charlie at 12:40 p.m. on Sunday when she allegedly heard the door of her Azalea Park, Florida home start to open.

‘I heard the door handle kind of rattle,’ she told Channel WESH 2 News. And then the door opened and the guy stepped in my house,’ she said.

‘I didn’t know who he was. I looked at him and I said, ‘who are you and what do you want?’ [He said] nothing. The whole time the guy was here. He never said one word and I never saw his eyes move. Total blank,’ she said.

So Morrison says she reached for the straw broom that she uses to sweep the front walk to her home and whacked the blank-faced intruder in the face.

‘I picked up a broom, a straw broom that I’d been out here sweeping up with. I hit him in the face twice with it,’ she said.

She called to her housemate for help.

‘I looked at him, I said, ‘Get your gun!’ because he had a .45 laying on the bed,’ she told the news station. ‘That gun never fazed this guy. Just total blank.’

Charlie called allegedly 911 and fired off a warning shot into the ground near where the man was standing, but the guy never flinched.

Virginia Morrison, 69, said that she warned an intruder to leave her home, and tried to shoo him away with her broom, but finally shot him when he ignored her pleas to leave 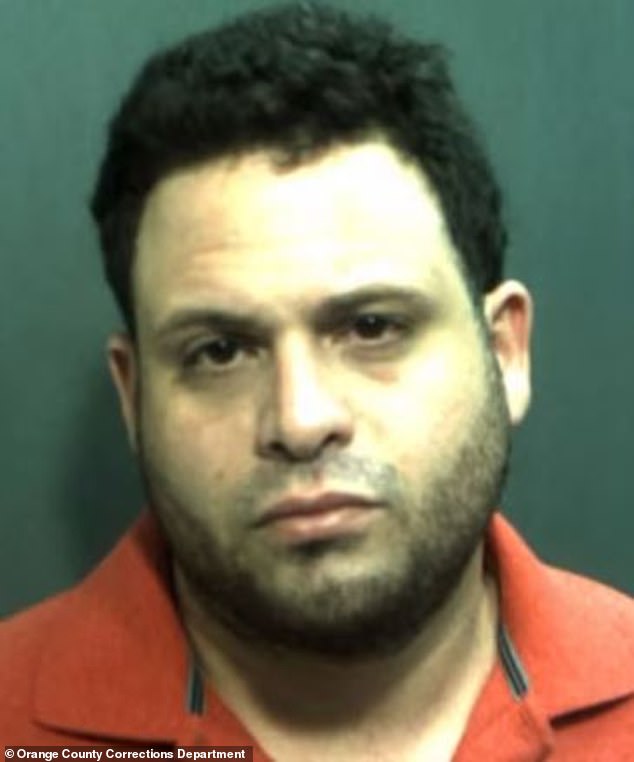 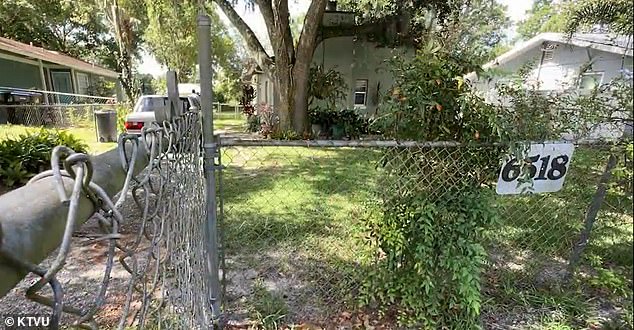 Morrison said that she heard her doorknob wiggle and Rosario-Torres came in, ignoring her warnings and her warning shots, telling him to leave

The stranger moved out into her yard, but supposedly would not leave the property.

That’s when the defiant granny decided to use her own firepower.

‘I said, ‘I’m getting my d— gun’ so I went to my bedroom and got my gun,’ she told the broadcaster.

Morrison told The Orlando Sentinel that she grabbed her loaded .32 Colt from a gun case near her twin bed.

‘I’ve been shooting guns since I was 10 years old – I grew up on a dairy farm in Tennessee. We had to know how to shoot rattlesnakes,’ Morrison claimed. ‘I’ve never had to pull a gun on anybody [before].’

‘I went out the back door and I came to the fence and he sees me. He starts toward me. I fired a shot above him. ‘Back off, dude, I’ll shoot you.’ He just keeps coming toward me. So I shot him.’ 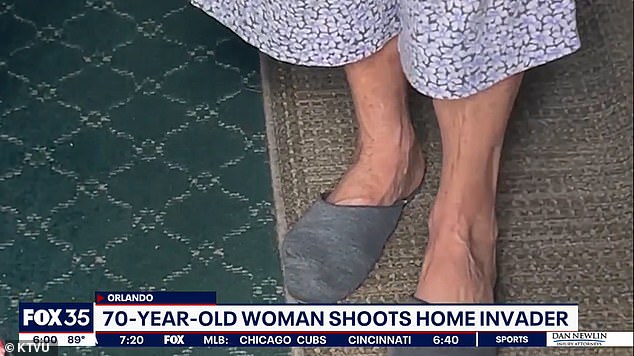 ‘I didn’t know what he was going to do, but I knew I was going to protect myself. I’m a fighter. I’m going to defend myself,’ Morrison told FOX2 KTVU.

‘The guy stumbled and fell right there,’ Morrison said, reportedly pointing to her driveway about five feet away from the door. ‘His whole shirt was just saturated in blood.’

When police arrived they found Rosario-Torres wounded on the ground. He was taken to a local hospital were he died.

‘I feel bad for his family. But you just can’t walk in people’s homes,’ she told the TV station.

‘I didn’t know what he was going to do, but I knew I was going to protect myself. I’m a fighter. I’m going to defend myself,’ Morrison told FOX2 KTVU.

The Florida State Attorney will investigate the shooting, but for now, no charges were filed.

Morrison said that she’s more worried about a higher authority.

‘I have God in my life. That’s my main thing, wondering if God’s going to forgive me for taking a life. It bothers me,’ she told KTVU.

The nearby city of Orlando suffered several recent shootings in the downtown area, including innocent bystander, who was wounded at the end of March this year.

The 40-year-old woman was hit in the leg during a rolling gun battle between two cars driving down the street near Orange Avenue and Central Boulevard.

Former AFL stars interview one of Australia’s most known musicians – but have NO...

UK weather: Britain is set for its warmest day of the year today