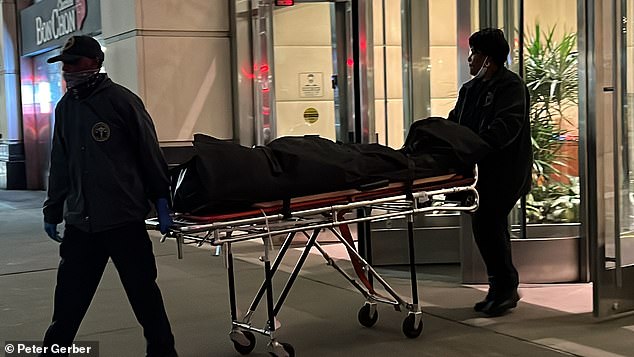 The husband of an Australian diplomat jumped to his death on Monday from a high-rise condo building in Midtown Manhattan, authorities said.

The 31-year-old, who was not immediately identified, reportedly jumped around 5:30 pm from the 27th floor of a luxury building across from the Empire State Building located at 325 Fifth Avenue by West 33rd Street, a 42-story condominium.

The man landed on an eighth-floor awning, according to authorities. Officials said he was pronounced dead at the scene.

The man, who’s name is being withheld pending family notification, left behind a suicide note, the sources said.

No other details regarding the man’s death or identity were released as of Tuesday.

Pictured: the body of an unidentified 31-year-old man, who sources said was a husband of an Australian diplomat 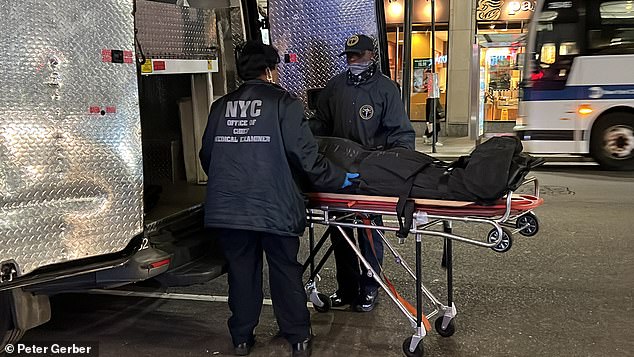 Medical Examiner officer’s carry the man’s body into an emergency vehicle. He was pronounced dead at the scene

John L. Michalski, 61, was found dead at his home near Buffalo last Tuesday morning, his lawyer says. The circumstances of his death remain unclear.

Authorities raided Michalski’s home on March 24. Law enforcement sources told The Buffalo News they were looking for evidence of tax crimes and that various other state agencies were looking into his professional and personal conduct.

Michalski tried to kill himself February 2021 by lying on train tracks in the middle of the night. He was hit by a freight train but survived with a serious leg injury.

That suicide attempt was the same day his friend, strip club owner Peter Gerace Jr., was arrested in Florida on charges including conspiracy to commit sex trafficking, maintaining a drug involved premise and bribing a federal drug enforcement agent. 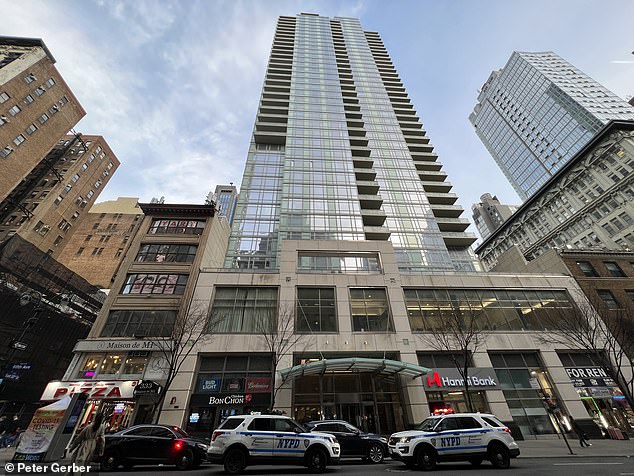 The jumper reportedly plunged from the 27th floor of 325 Fifth Avenue, pictured, and landed on an awning located on the eighth floor 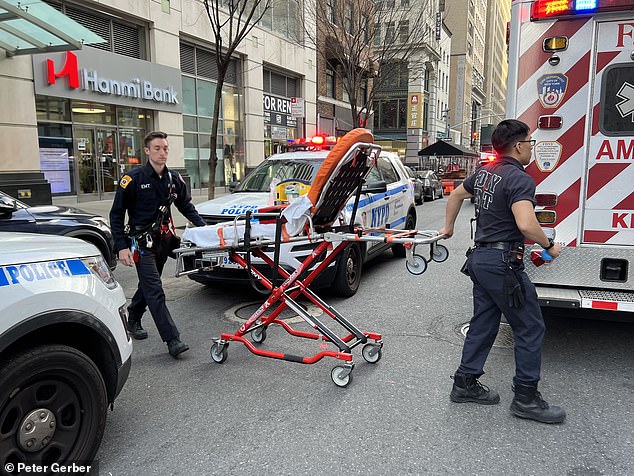 First responders arrive at the scene around 5:30 pm on Monday after a man jumped to his death in Midtown Manhattan 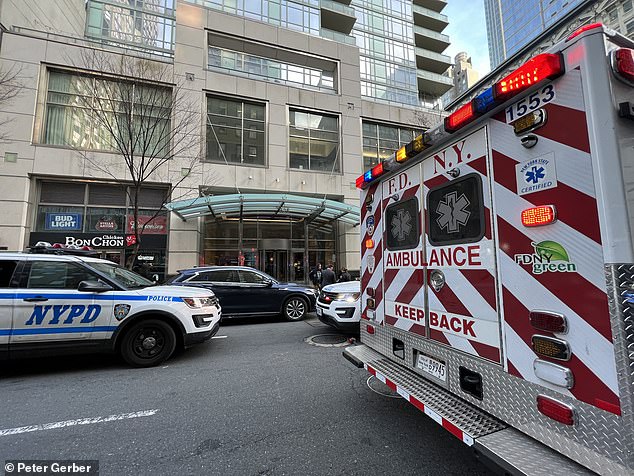 Michalski knew Gerace for decades and had done legal work for him. In 2006, he wrote a letter to a federal judge asking for a lower sentence after Gerace was convicted of wire fraud in connection with a telemarketing sweepstakes business.

The judge was named an acting state Supreme Court justice in 2006. He made $210,900 a year, according to a state salary database.

He is survived by his wife Susan and four adult children, one son and three daughters.

If you are struggling with suicidal thoughts or are experiencing a mental health crisis and live in New York City, you can call 1-888-NYC-WELL for free and confidential crisis counseling.

If you live outside the five boroughs, you can dial the 24/7 National Suicide Prevention hotline at 1-800-273-8255 or go to SuicidePreventionLifeline.org.