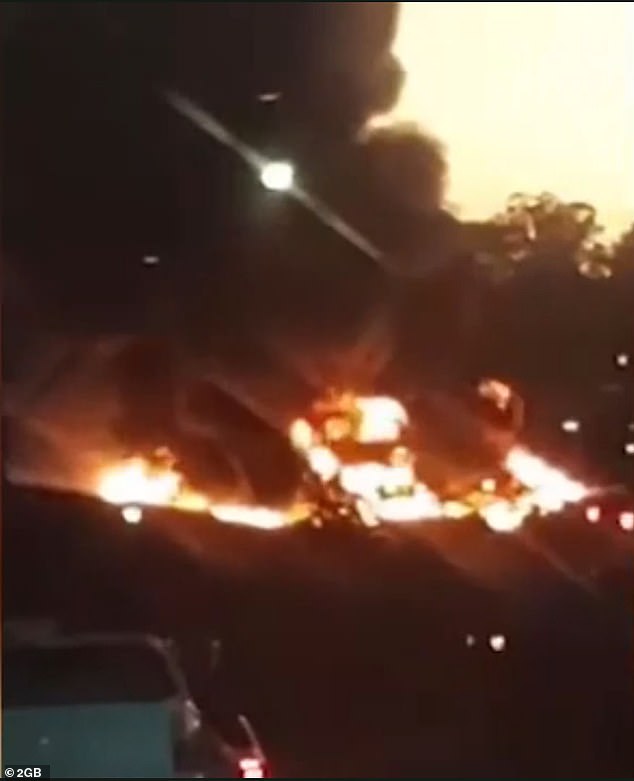 A huge fire in Sydney’s southwest will continue to smoulder and spread toxic fumes for several hours.

Fire and Rescue NSW told Daily Mail Australia a ‘large quantity’ of plastic piping was reported ablaze at 4am on Tuesday, behind the Newbrook Shopping Village in Airds, near Campbelltown.

More than 30 firefighters were on the scene by 5.30am.

The fire is now under control but a firefighter at the scene warned it will continue to burn for several hours.

Residents in the areas surrounding the fire have been warned to close their windows due to the toxic nature of the burning plastic.

It is not yet known what caused the fire.

A large fire has broken out in Sydney’s southwest

Biden says the ‘forces that led to January 6 remain at work’ but admits...