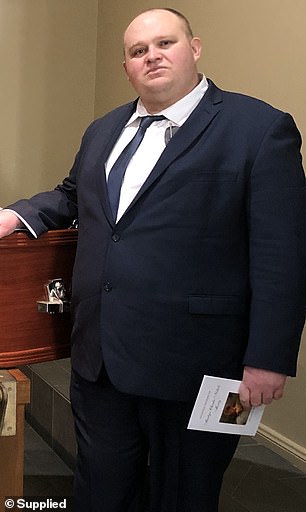 How young butcher lost 60 KILOS in 12 months after doctors warned he would die from his weight issues: ‘I stopped using tiredness as an excuse’

Ryan Nichols was never too worried about his ever-growing waistline. He was busy building his own butchering business and doctors gave him the ‘all clear’ once a year.

That was until the 38-year-old’s annual GP visit in 2020 resulted in a grim warning he never saw coming.

The Sydney-based butcher sat in front of his solemn-faced doctor who explained if he didn’t lose weight, he would die.

Speaking to FEMAIL, Ryan said his weight had crept up to 181kg, his cholesterol was through the roof and he was diabetic.

‘I couldn’t believe how bad things had become in just 12 months,’ he said. 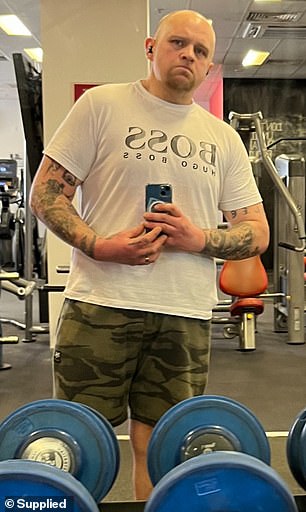 Ryan Nichols (left before and right after) was never too worried about his ever-growing waistline. He was busy building his own butcher business and doctors gave him the ‘all clear’ once a year

‘I have always been a big bloke, but not that big, I guess it just snuck on over time.’

He was also diagnosed with sleep apnoea, leaving his wife terrified he would die beside her at night.

There were clues his health had started to deteriorate prior to the doctor’s visit but Ryan had pushed them aside.

‘I had bought my own butcher shop six or seven years ago and was working more and more,’ he said. 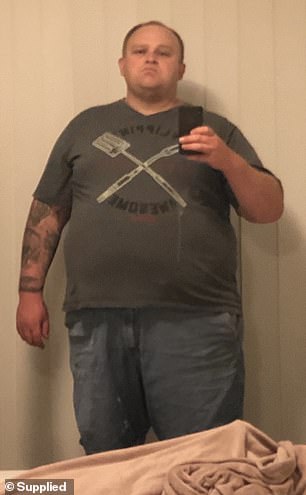 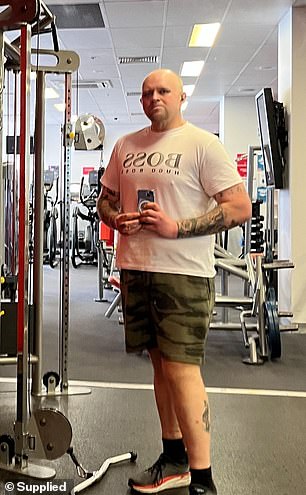 Speaking to FEMAIL, Ryan said his weight had crept up to 181kg, his cholesterol was through the roof and he was diabetic

‘I used to really enjoy kickboxing but I stopped going and soon I had stopped everything.’

He said he would head to work early and be so exhausted when he got home he would ‘sit and eat on the couch’.

Since that day in the doctor’s surgery Ryan has overhauled his lifestyle, shedding 59kg in 12 months. 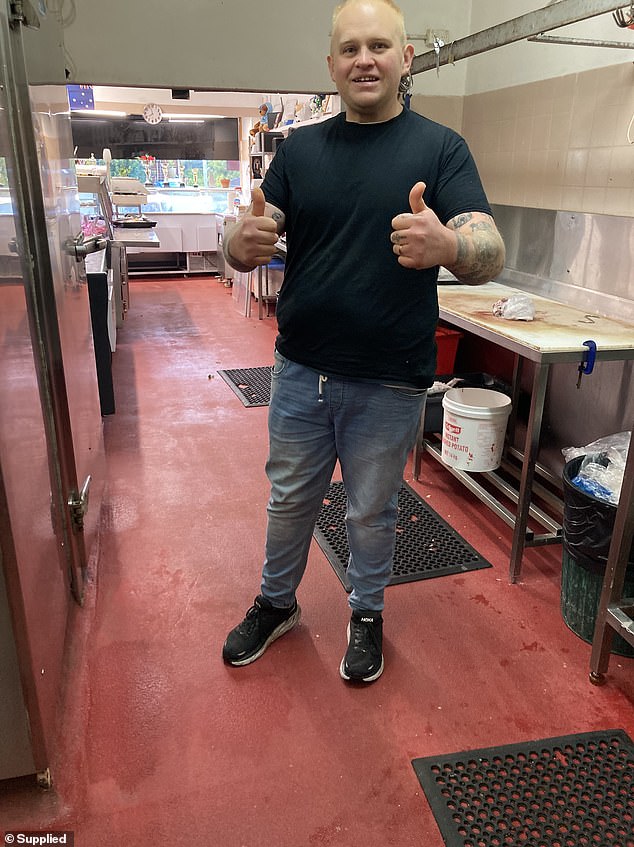 Since that day in the doctor’s surgery Ryan has overhauled his lifestyle, shedding 59kg in 12 months

‘My doctor didn’t tell me how much to lose, he just told me I had to get it off,’ he said.

So the young butcher decided he would get back to his ‘fighting weight’ of 120kg, which is appropriate for his height.

He joined a gym, bought weight loss meals from My Muscle Chef and got rid of his ‘I’m too tired’ excuses.

‘I realised I had to work on portions and calories. I always thought because I was a big bloke I could eat heaps of calories which is why going on pre-made meals helped,’ he said. 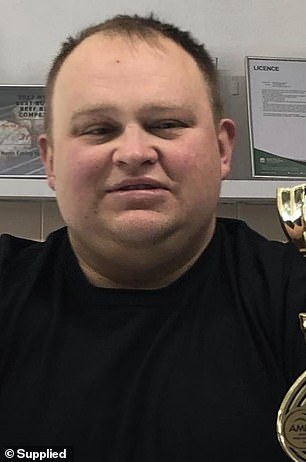 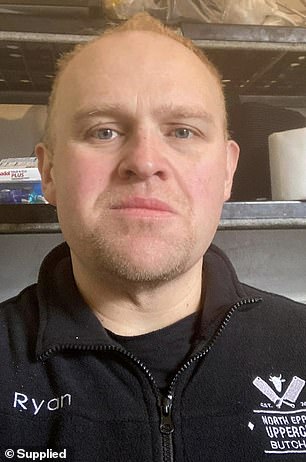 He started going to the gym four times a week, with one session of PT each cycle to make sure he was doing his best with his time.

‘I also walk the dog every day for 40 minutes,’ he added.

And it paid off fast.

‘Within six months my blood pressure was down, cholesterol was good and my doctor was so shocked at how quickly I was able to turn it around.’

He is no longer tired when he gets home from work, doesn’t stop breathing when he goes to sleep at night and can’t believe the changes in his lifestyle.

Friend of missing aristocrat’s daughter warned her about dating men who ‘take advantage of...

Canadian moms rushed to ICU after being mauled by black bear that ‘guarded them...

Lea Michele stuns with a unique cutout dress while walking the red carpet at...

Pensioner Ray Drury who shirtfronted Scott Morrison is a Labor voter, but NOT voting...